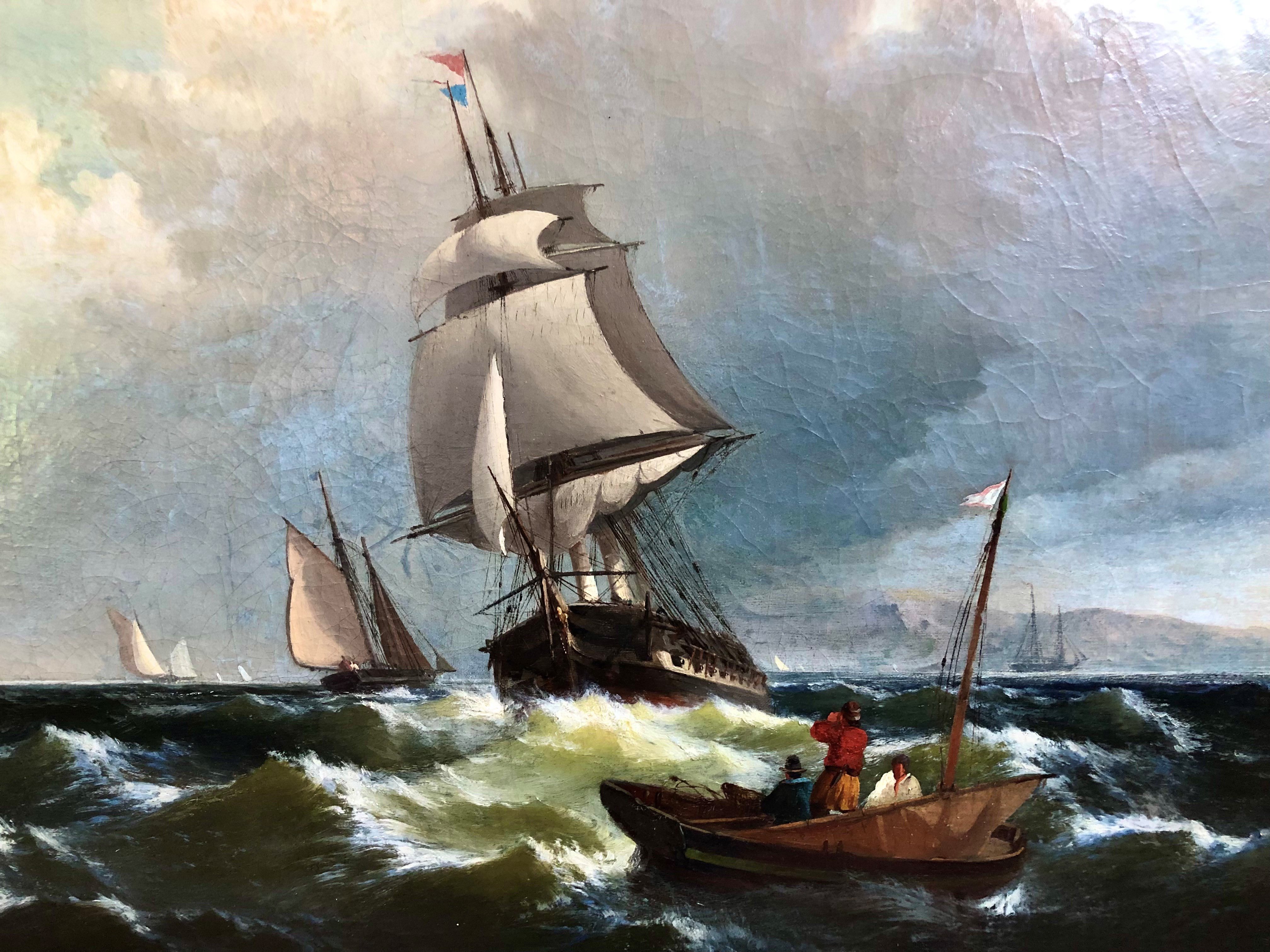 The East Hampton Historical Society  presents their newest exhibition: The Sounding Sea; The Art of Edward, Thomas and Mary Nimmo Moran, currently on display at the Moran Studio, East Hampton Village. The Sounding Sea follows the careers of three members of one of America’s most illustrious family of artists – and crown jewels in the East End’s artistic lineage and legacy – Edward Moran (1829-1902), his brother Thomas Moran (1837-1926) and Thomas’ wife, Mary Nimmo Moran (1842-1899).  This exhibition follows the muse of the ocean, a powerful subject that has lured artistic imagination; all works on exhibit revolve around water. 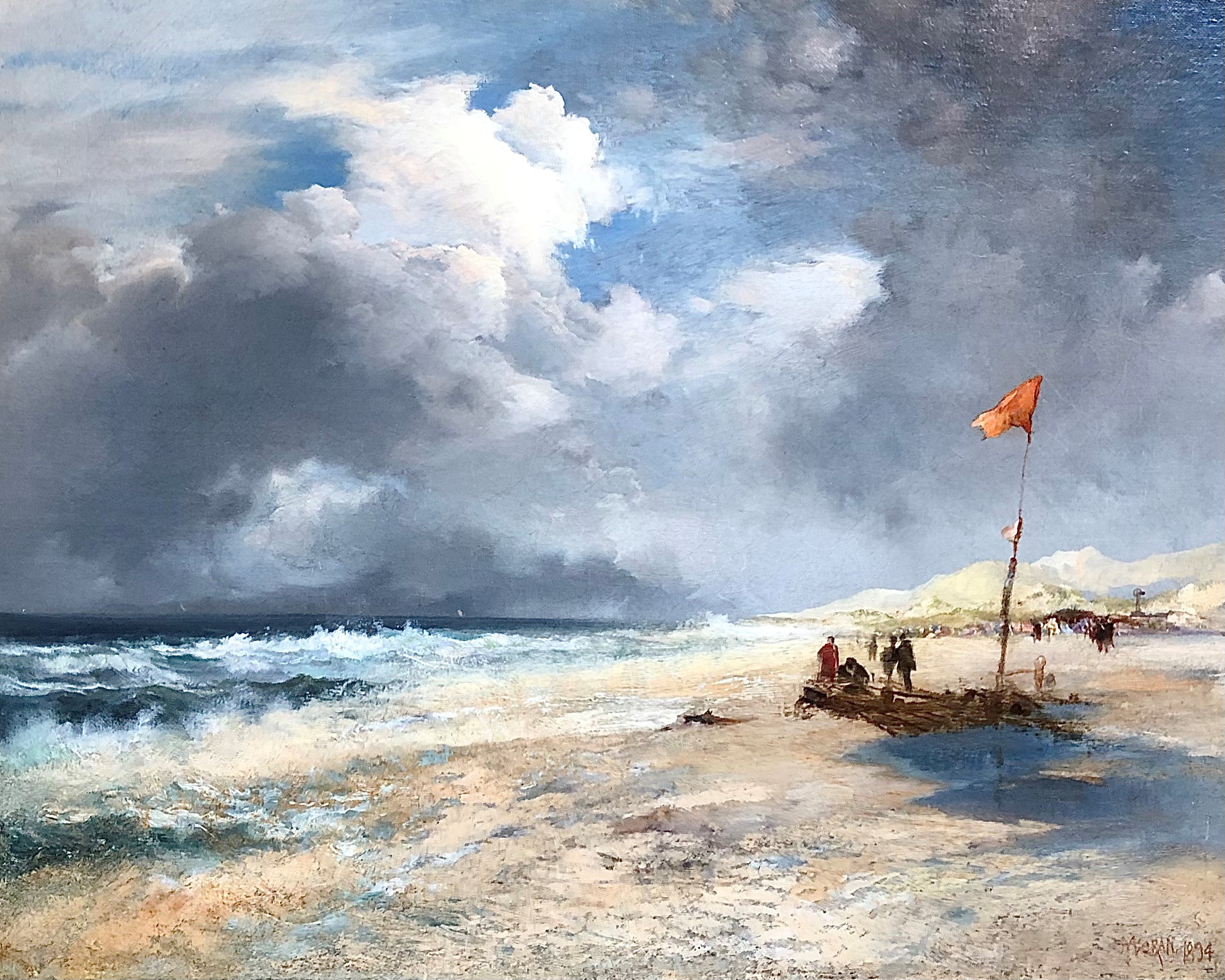 When asked what inspired the current exhibit, East Hampton Historical Society’s Chief Curator, Richard Barons, said, “The story behind the careers of Edward, Thomas and Mary Nimmo Moran is fascinating.  Edward was a painter of marine subjects.  He hired his kid brother, Thomas, as his studio assistant and became his teacher.  Thomas married Mary Nimmo, and taught her to be his assistant.  They all loved seascapes and reflective ponds.  We have brought together, for the first time, over 40 of their oils, etchings, watercolors and drawing to celebrate this part of their artistic legacy.”

The Morans often took their inspiration from local East End seascapes. Imagine seeing Georgica Pond through the eyes of Mary Nimmo Moran (1885), the romance of the Peconic Bay as seen by Thomas Moran (1904), or moonlight on waves in the North Fork from the perspective of Edward Moran (1881). The works on display will transport the viewer into the turn of the 20th Century – travel back in time to familiar East End seascapes, ever-changing yet as constant as the tide. 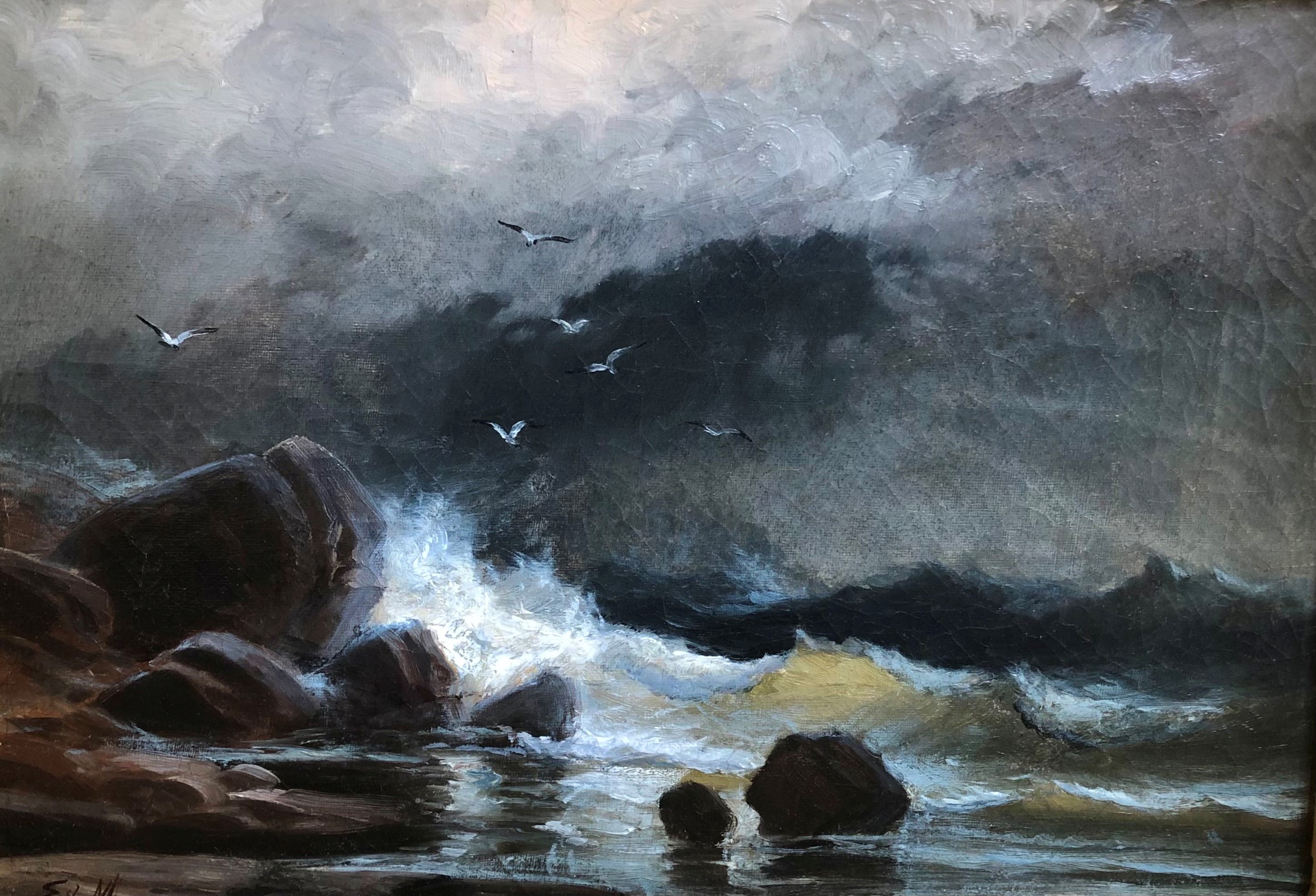 The sea can be operatic in its fury or becalmed in silence.  In its most brutal guise, the ocean can crush a vessel and send it sinking into the depths.  The sea can also be placid and alluring, even poetic.  It is the sea’s split personality that lures artists to portray it in all its many guises.  Welcome to The Sounding Sea, on display through September 12, 2021, at The Thomas and Mary Nimmo Moran Studio, Main Street, East Hampton. For more information about the East Hampton Historical Society’s events, museums, and programming, please visit www.easthamptonhistory.org 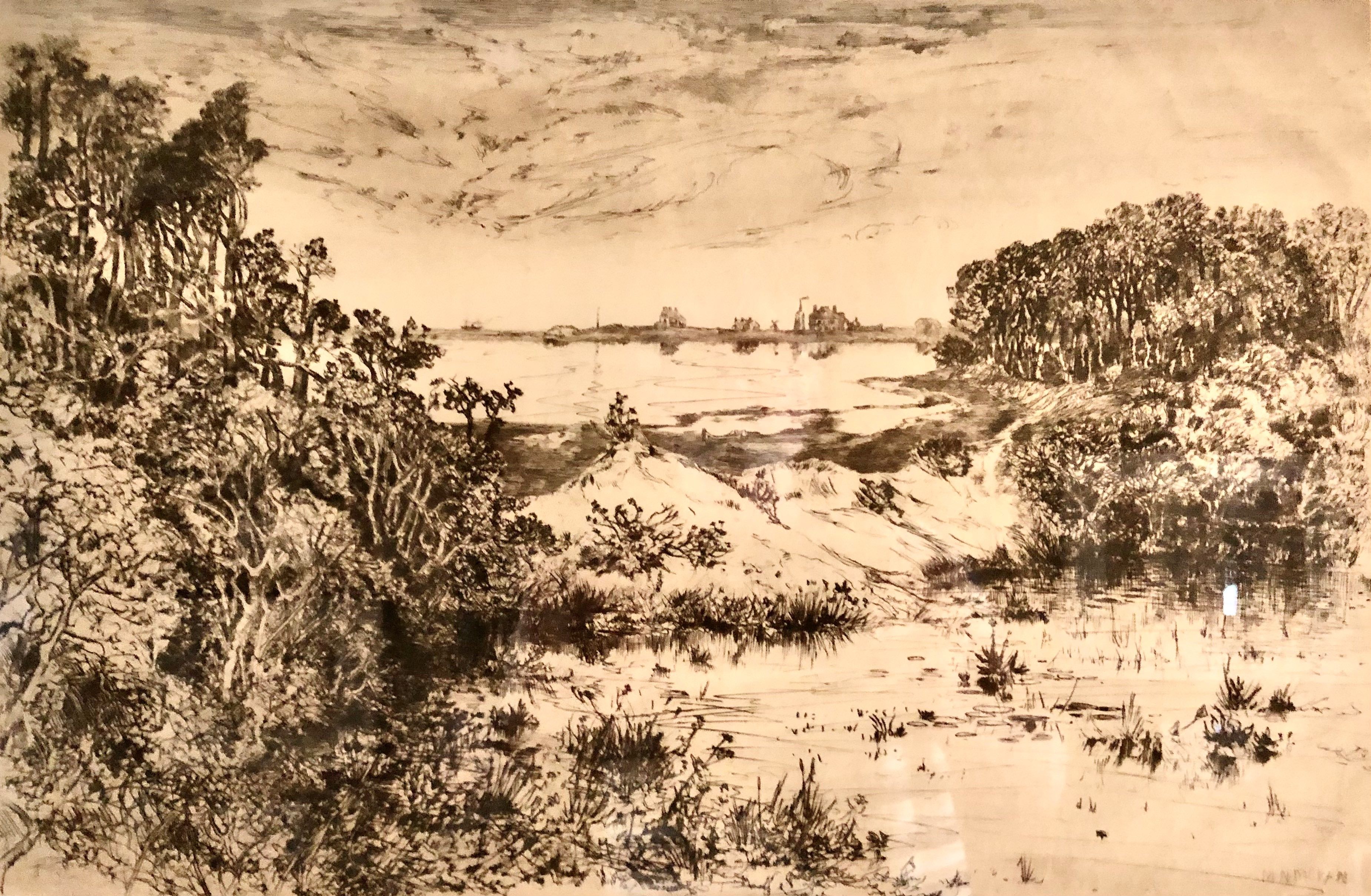