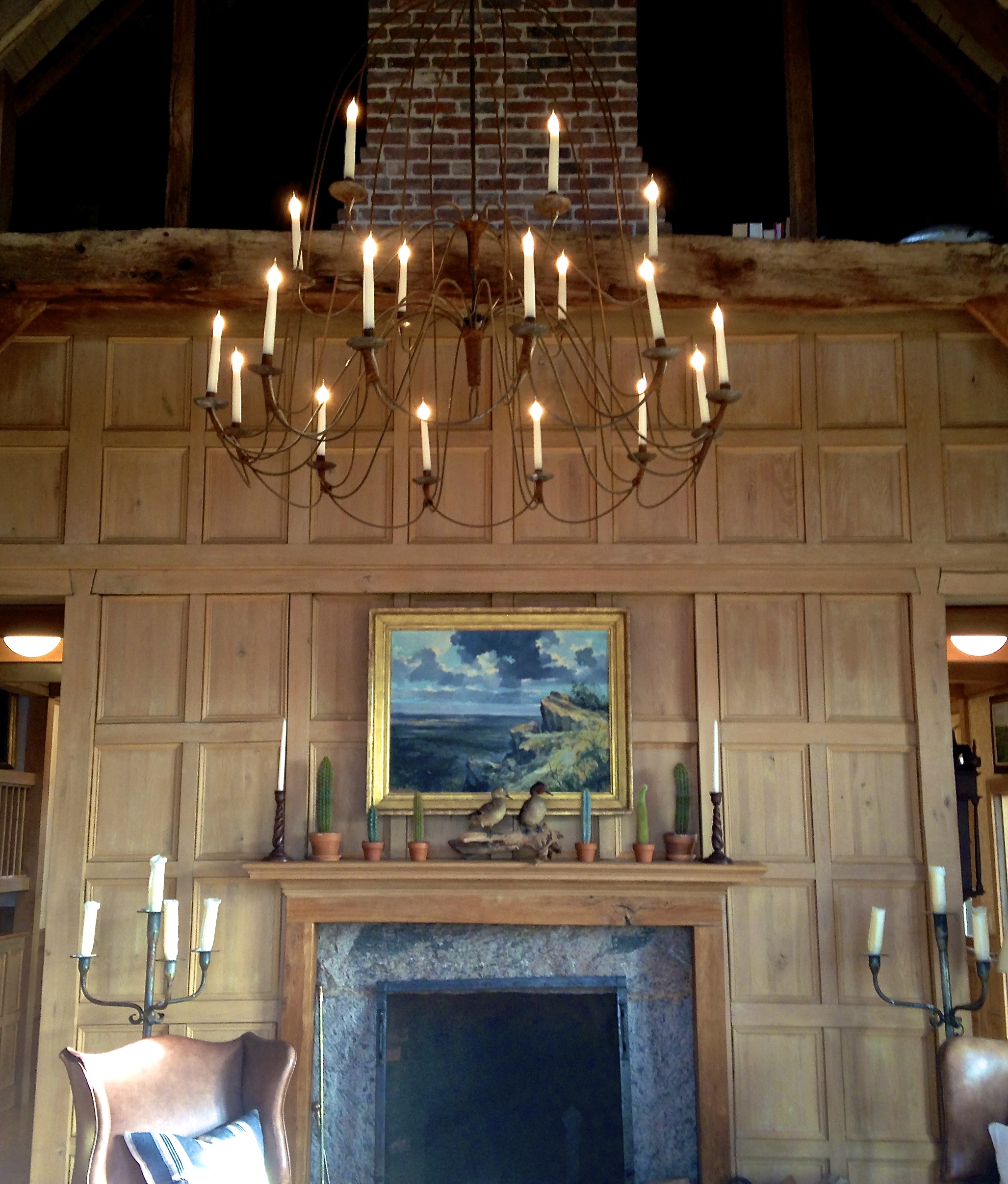 The recent East Hampton Historical Society kicked off the 2013 House & Garden Tour in style this season, showcasing some of the finest examples of historic and modern architecture in the Hamptons. The annual event, now in its 29th year, is traditionally rings in the East End holiday season. Whether you tend toward the charm of a classic, historic East Hampton “cottage” or the clean lines of modern architecture, this year’s tour offered an enchanting combination of houses that left guests with a serious case of home envy. KDH recently featured Monica Graham’s house from the tour, now take a peek at the rest of the featured homes on the tour in this NEW KDHamptons Design Diary below. 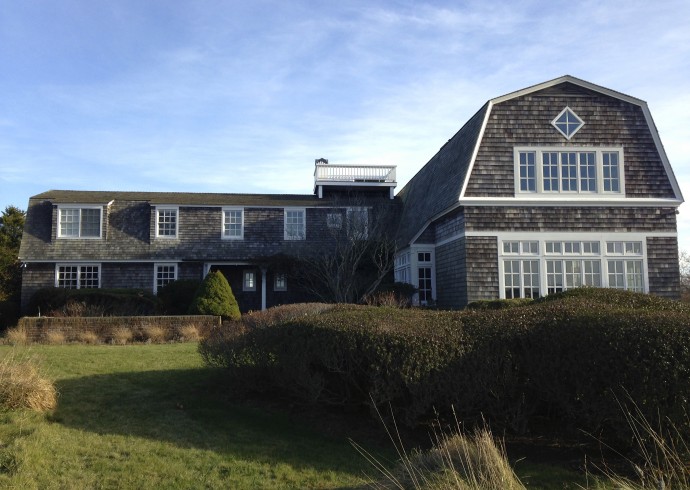 For the romantic at heart, a barn-of-a-house overlooking Georgica Pond, with ocean views beyond, contains actual timbers from Anne Boleyn’s 500-year-old grain barn (Kent, England).  The fields on which this house is set still possess the feeling of tilled land rolling down to the ocean, reminiscent of the days when East Hampton was a farming community.  As a nod to the controversial queen’s martyrdom, the library paneling matches that of Hever Castle, her childhood home.

When 2,100 square feet are enough, this gambrel style, two-story residence combines traditional Shingle Style details with contemporary interiors and a state-of-the-art mechanical system.  Designed by Bruce Siska, an East End architect, this newly renovated house offers all the charm of a classic East Hampton “cottage,” but with modern amenities and eco-friendly technology, including a high efficiency geothermal HVAC system. 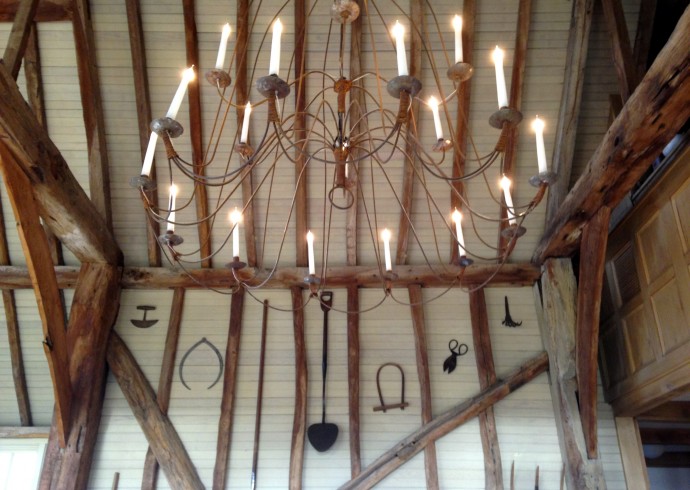 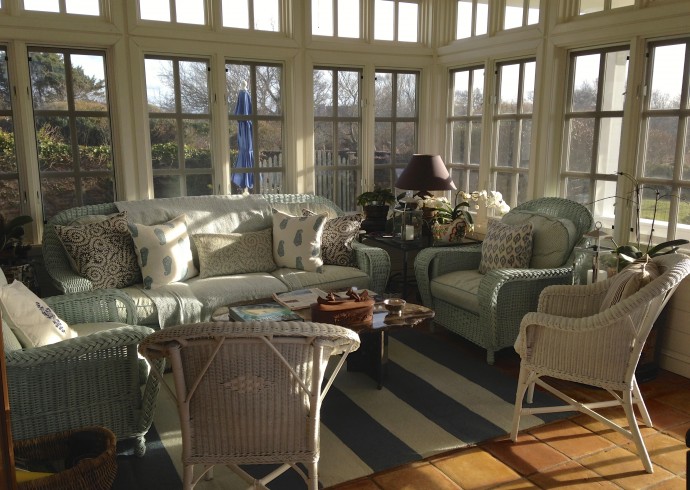 Further rambling along the coast takes us to the Bluff Road Historic District, where a beautiful 19th-century house with a spacious wraparound porch offers views of the Atlantic Ocean.  Owned by an interior designer, attention to detail is evident in every room, including a full set of wicker furniture in its original condition from the 1920s that has been in the family for decades, having been moved from one of the Procter & Gamble mansions in Devon. 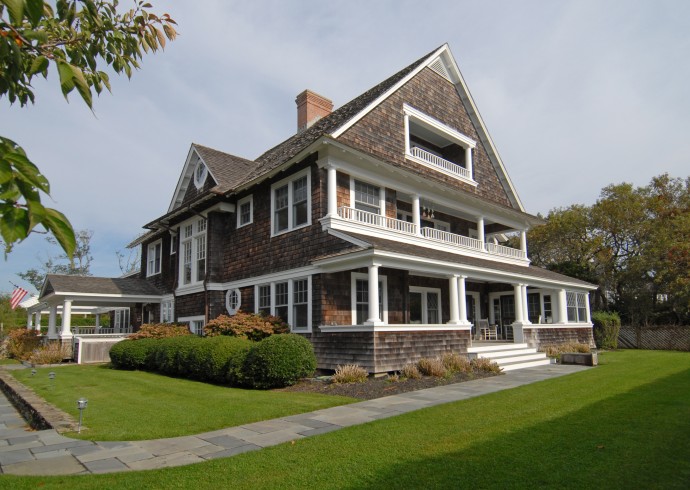 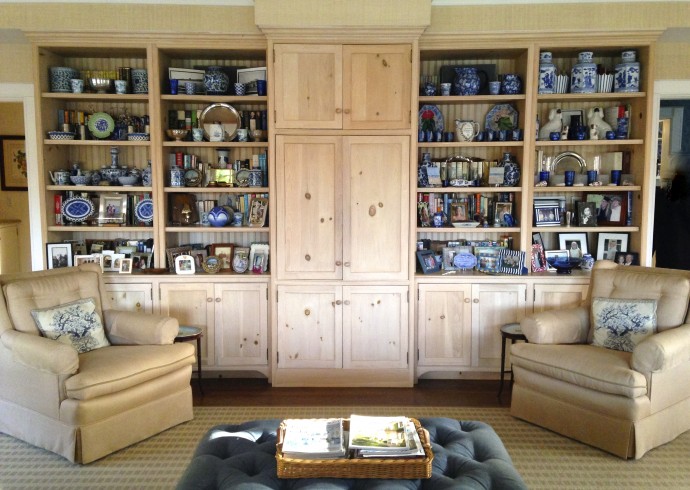 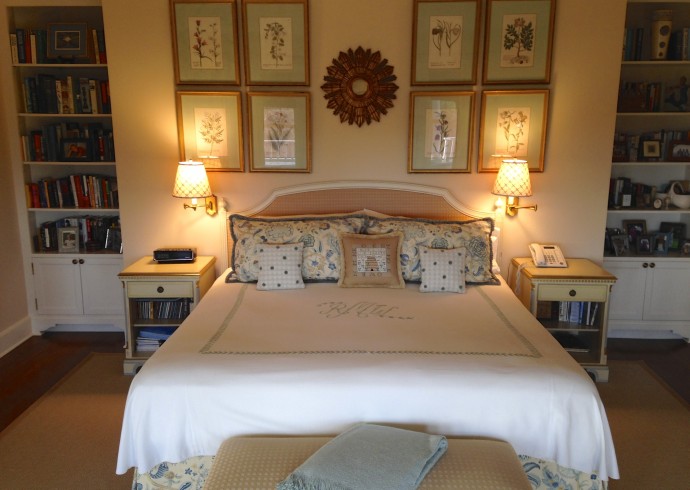 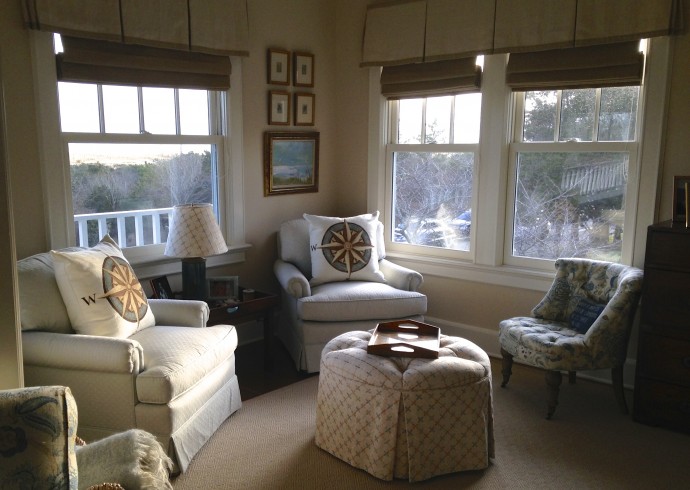 But the most unusual home on the tour this year may be the seaside hexagonal house nestled in the Napeague dunes – one of the greatest sites on the ocean in all of Long Island.  Owned by David Netto, a well-known interior designer who collaborated with the Meyer Davis Studio, this Amagansett house has a series of interlocking hexagons, with windows that take full advantage of the breathtaking ocean views.  Netto’s interior design inspiration was “ ’50s colonial – but sexy,” turning the hexagonal living room into a giant, magical wooden tent. 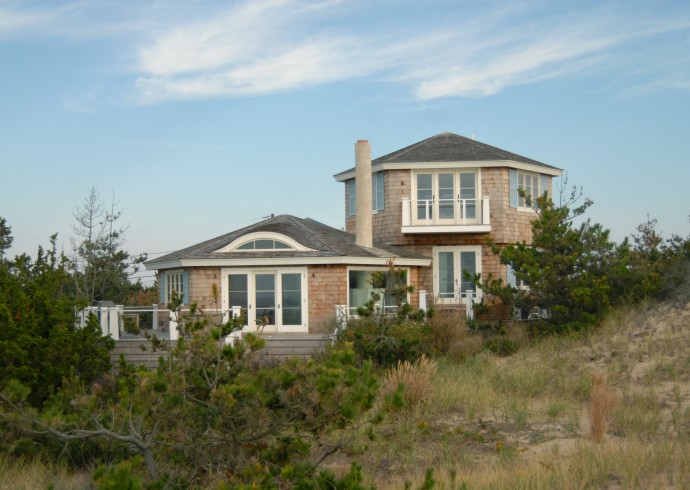 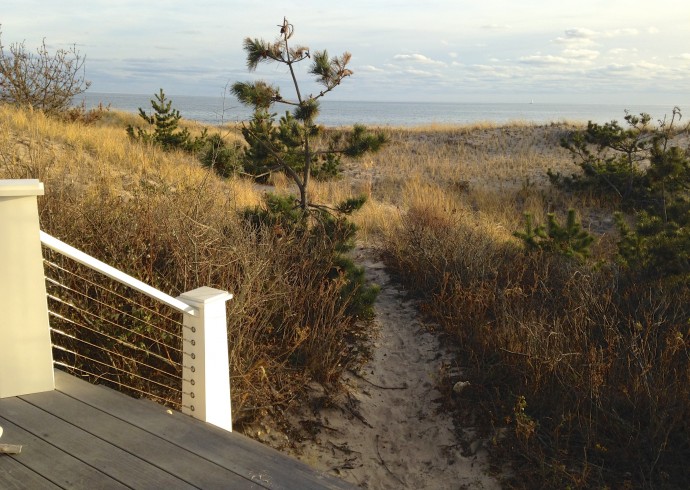 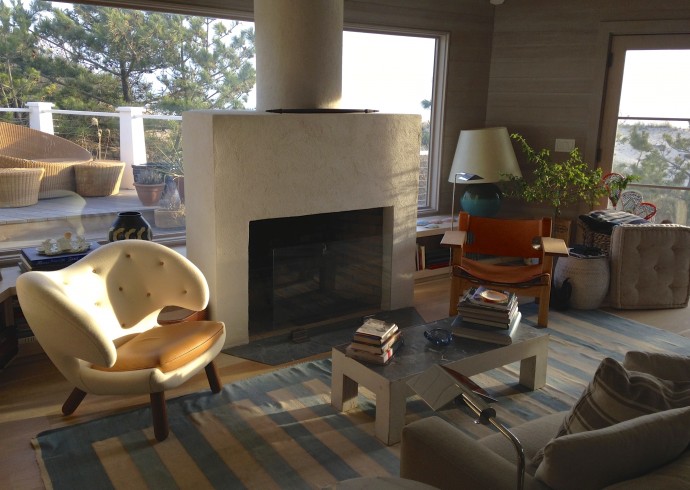 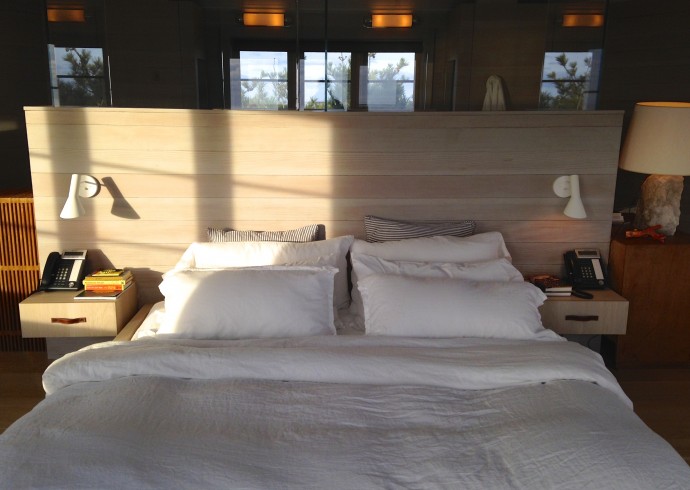 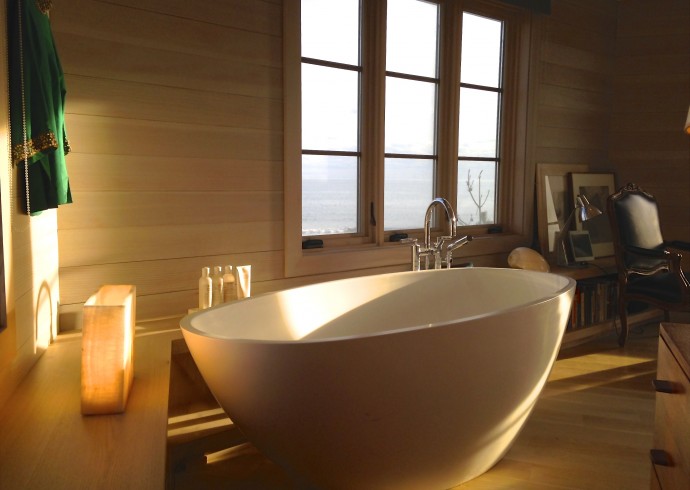 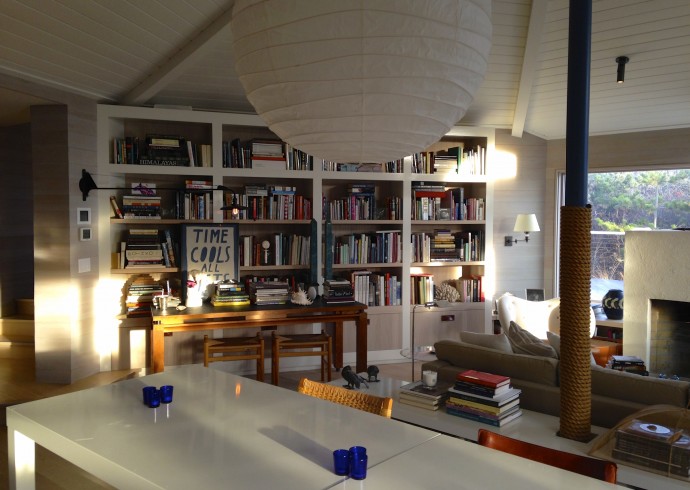 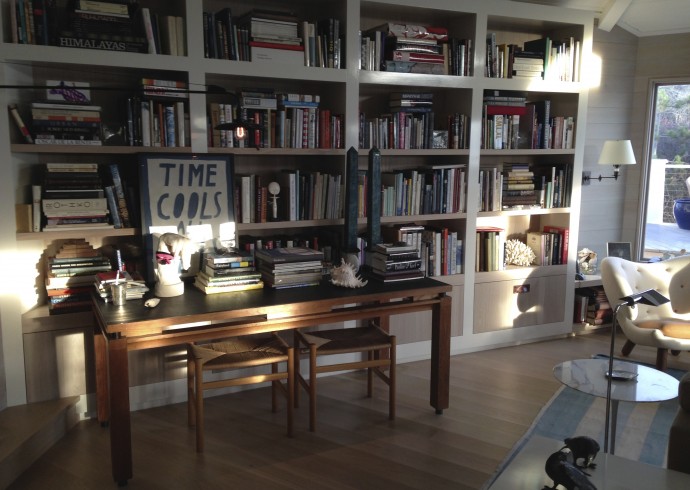 ***all photos by Kelli Delaney Kot for KDHamptons