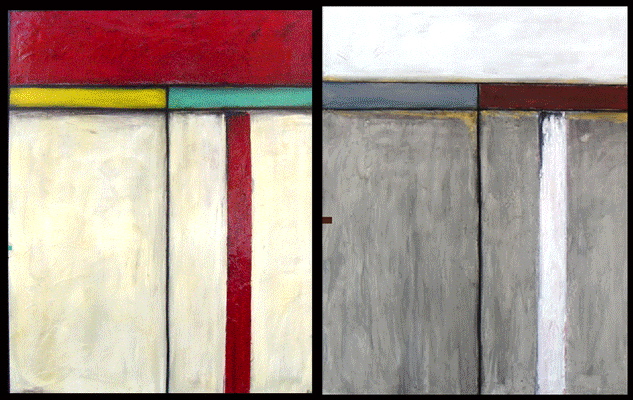 Featured artist Guy Stanley Philoche, is a native of Port-au-Prince Haiti who moved to the United States in 1980, and fell in love with painting after a childhood trip to the MOMA. After receiving his MFA from Yale University, Philoche has been working as a full time artist in New York City. He has been widely successful in both private and corporate collections including Deutsche Bank, First Mark Capital & Barclay Investments to name a few.

Additionally, Philoche’s Untitled Series found it’s way into the art collections of many highly famed celebrities including George Clooney and Uma Thurmann. Not only is Philoche well regarded artist, but he is also heavily involved in numerous charity organizations. In 2008, Philoche was featured in the annual Christie’s Auction to benefit The Tibet House U.S. chaired under his holiness the Dalai Lama.

Philoche creates luscious and resonant fields of paint. His current work,“Untitled Series”, focuses on utilizing a simple structure to create a sense of balance and symmetry [pictured here]. The basic composition relies on this structural grid of sorts to formally contain these ethereal, ephemeral worlds. These visual partitions create a window-like structure out of the picture plane, allowing the viewer to peer into the decadent haze of Philoche’s paint. His artwork has been referred to as the beautiful organization of chaos. Philoche hopes that “the viewer brings from these works an understanding of his view of the simplicity of elegance and beauty”.