Where are the best places in the world in 2017 for Americans to reinvent one’s life, live better, and have a grand adventure? That’s the basis for KDHamptons ranking of the Top 10 Best Places to Live Overseas in the New Year, according to Live and Invest Overseas, the world’s leading resource on investment, real estate, retirement, and living overseas today. The list includes locales in traditional places like Portugal, France and Spain, as well as places one would not expect, including the Dominican Republic, Malaysian Borneo, Nicaragua, and Colombia.  Ready to pack your bags?

1.  Carvoeiro, Algarve, Portugal: Portugal is the best-kept secret of Old World Europe. For three years running, we have named its Algarve coast as the world’s best place to retire overseas. Coastal Carvoeiro, in particular, qualifies as perhaps the most appealing place on earth to call home if you want to live on the water in a real-world (as opposed to a developing-world) setting.

The take-your-breath-away views from Carvoeiro’s rocky coast, the constant sunshine, the near-perfect weather year-round, the food, the wine, the history… it all adds up to top-shelf of living yours for a very bargain price. Thanks to the current down value of the euro, the enviable coastal Continental lifestyle on offer in Carvoeiro is further reduced… and the cost of a very rentable home or condo is irresistibly discounted.

2. El Poblado, Colombia: Escobar’s dead and the city he and his goons once terrorized is today at peace. Located in one corner of Medellín, El Poblado offers a comfortable, tranquil, idyllic way of life for a super affordable cost. At the current exchange rate between the U.S. dollar and the Colombian peso, the luxury-level cosmopolitan lifestyle available in El Poblado is an even greater bargain. Medellín is culture rich and Euro chic; its people well dressed, well mannered, and welcoming. Medellín’s heart, El Poblado, is our #1 pick for city living on a budget.

3. Las Terrenas, Dominican Republic: Las Terrenas is quintessential Caribbean with a French twist. The big and established community of French expats living in this white-sand beach town means fresh baguette, great restaurants, and kisses on both cheeks in greeting. Infrastructure is improving, establishing residency is easy, and the cost of living is one of the great bargains of today’s Caribbean… making Las Terrenas our #1 pick for a new life with a Caribbean Sea view.

4. Santa Familia, Belize: If you want to leave the troubles and the worries of our age behind, little Santa Familia village in Cayo, Belize, is calling your name. Life in Cayo is back to basics, simple, and sweet. You know your neighbors, they know you, and you all look out for each other. Belize’s Cayo is a region of wide-open spaces, fresh air, warm sun and fertile land, making it our pick for the world’s best place to disconnect and unplug. 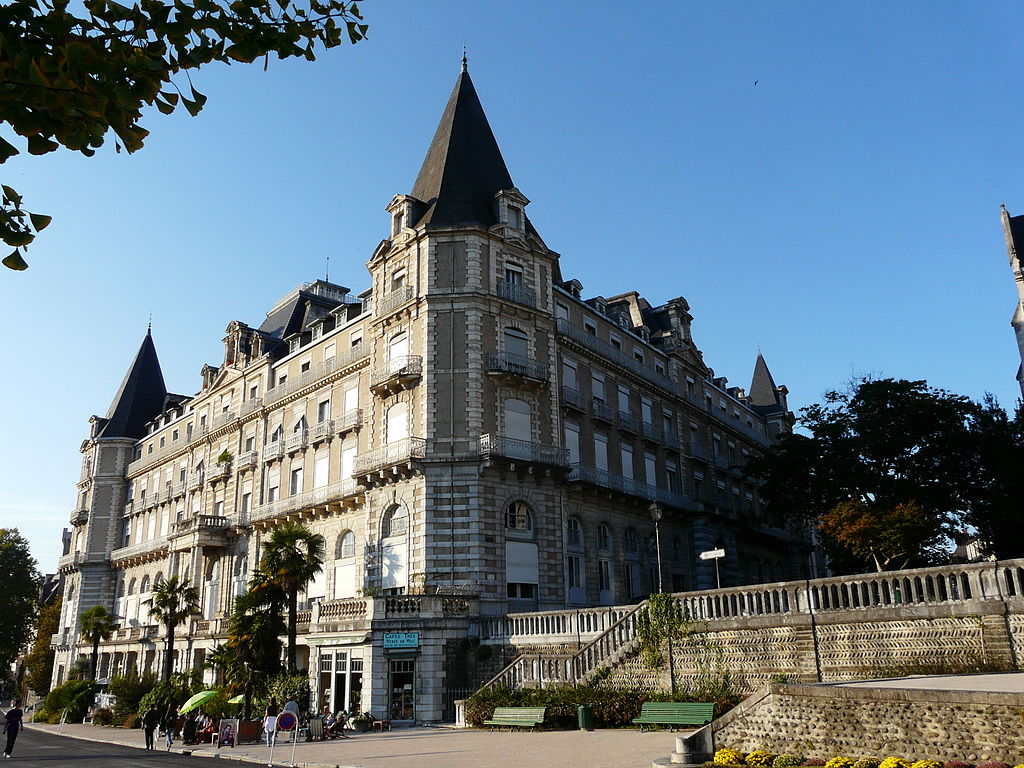 5. Pau, France: France is a country of superlatives. World’s best quality of life… best health care… best food… best art and fashion… most beautiful, most romantic city (more on this in a moment)…To many, la vie française is the good life defined, and the charms and appeals of French Country Life are unrivalled. In this context, we suggest you consider Pau, also known as the “Green City” and the “Garden City,” thanks to its ratio of greenery per square meter per person, one of the highest of any European city.

Pau’s landscape is accessible woodlands, the steep slopes of Jurançon wine country, the history-packed Plaine de Nay and its main town of Nay and the pretty rolling countryside and ancient towns of the Gaves de Béarn. Pau is also a university town, with close to 12,000 university students living on and off campus, helping to keep it lively. Brits and other North Europeans have been seeking out this part of France for retirement for years. This is a very friendly bunch of people with a wide range of backgrounds and interests always ready to welcome newcomers.

6. Chiang Mai, Thailand: Since the 1800s, the Thai city of Chiang Mai has been luring expats from the West with its über-low cost of living, great weather (especially compared with elsewhere in Thailand), rich history and distinct culture. The heart of Chiang Mai lies within its old city walls where ancient and modern Buddhist temples coexist with public and international schools, residential and commercial neighborhoods.

Modern Chiang Mai has grown beyond the ancient walls and offers mega-malls, huge multi-national grocery and department stores, and all other trappings of life in the 21st century. The biggest advantage to life in Chiang Mai is its cost in general and of health care in particular. A couple can live here comfortably on as little as US$1,100 per month, and you can see an English-speaking doctor for US $20.

7. Playa del Carmen, Mexico: Playa del Carmen is a little beach town that sits about an hour south of Cancún on Mexico’s Riviera Maya. Once a sleepy fishing town, the port was inadvertently put on the map by Jacques Cousteau in 1954 when he filmed an underwater documentary of the Great Mayan Reef just offshore. Divers began seeking out these Caribbean waters for themselves, and in the 1970s a port was built to ferry the tourists from the mainland to Cozumel. Today Playa is home to more than 10,000 foreigners, including Europeans, Americans, Canadians, Argentinians, Venezuelans and many other nationals of all ages including 20- and 30-somethings, young families and retired couples. 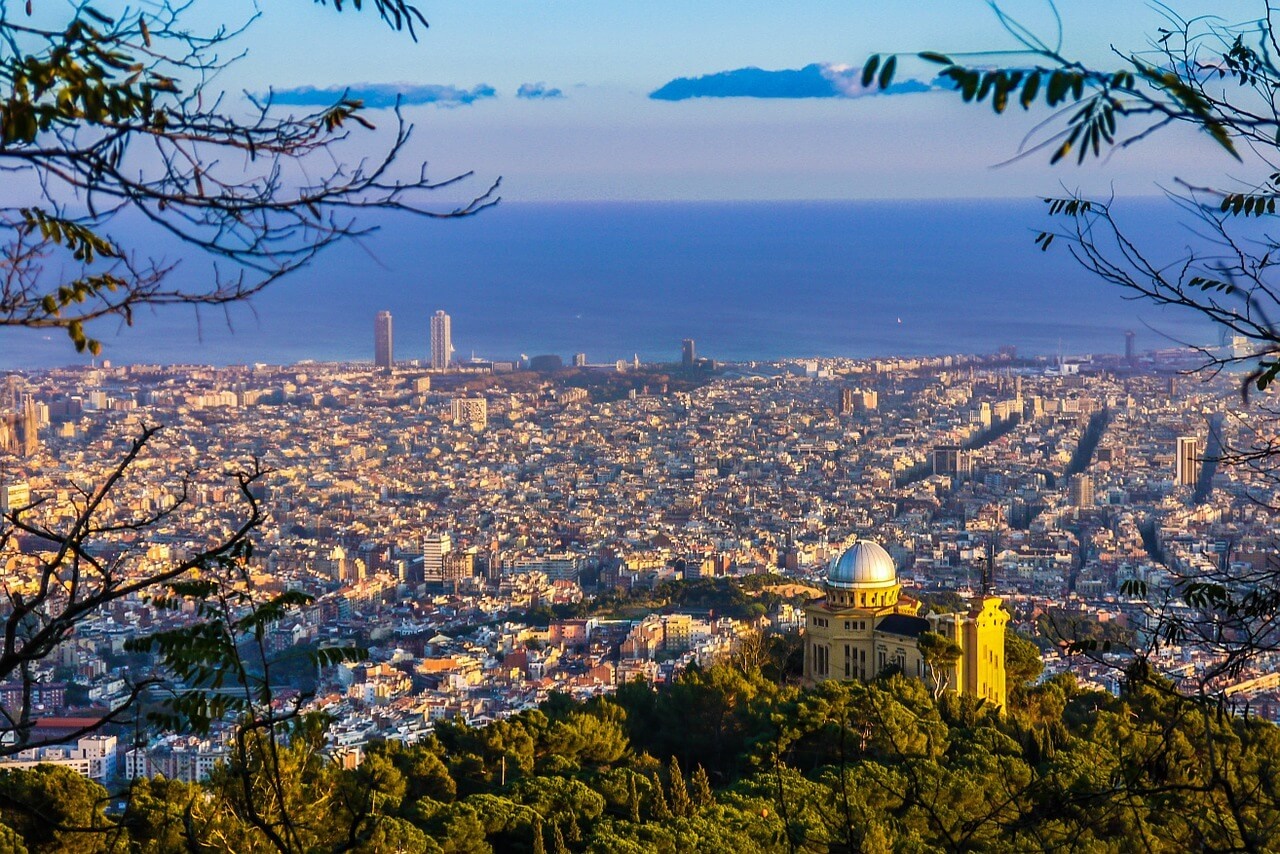 8. Barcelona, Spain: Barcelona, in the northeast of Spain on the Mediterranean Sea, is a vibrant, colorful, proud city that combines the passion of the Spanish with the efficiency and organization of the Catalans. This is a city with a strong energy that has not been dampened by Spain’s ongoing economic woes and the economic, cultural, and administrative capital of Catalonia.

Spain’s second-biggest city is easily and quickly explored thanks to its compact, well-laid-out design… and the opportunities for diversion, entertainment, and discovery are many. Art and architecture from pre-Roman to Modernista is around every corner. This is a city of galleries, museums, monuments, theaters, restaurants and shopping… with the beach just right there.

9. Granada, Nicaragua: Nicaragua is a beautiful country with a troubled history that appeals to the romantic, the poet, the eco-traveler, the surfer (the break off Nicaragua’s Pacific coast is world-class) and the bargain hunter. The cost of living, of real estate and of everything else is a steal. Geographically, Nicaragua is blessed, with two long coastlines and two big lakes, plus volcanoes, highlands, rain forest and rivers. In this regard, it’s got everything Costa Rica’s got, all less discovered, less developed and less expensive.

Architecturally, too, Nicaragua is notable. Colonial Granada is its architectural jewel. This city, one of the oldest in Latin America, is also busier and livelier today than at any other time during its near five centuries of history, attracting tourists and expats in record numbers. When you see it, you understand why. The setting for this colonial town is like out of a fairy tale—the lake, the volcano, the mountains. At night, the backdrop is an ink-streaked sky that, just before the sun sets, illuminates the yellow and white cathedrals in ways that would have inspired Matisse to set up his easel.

10. Kota Kinabalu, Malaysian Borneo: This laid-back and quiet city is one of the most pleasant places to live in Asia and is incredibly welcoming. Its biggest practical advantages are the low cost of living and the high standard (and low cost) of health care. A couple could live well here on US$1,200 a month or less.

The city is small and walkable, less than 3 kilometers from end-to-end. Life revolves around the water and is lived out-of-doors. At home, you can fill your days snorkeling, diving, boating and ferry hopping from the city center to neighboring islands. This is a little-known, low-key, low-population destination offering a tranquil, serene, close-to-nature lifestyle at a cost that’s a global bargain.

About Live and Invest Overseas: Based in Panama City, Panama, LIOS is the leading resource for people who want to live, retire, and invest overseas. Headed by Kathleen Peddicord and Lief Simon – who collectively have more than 50 years experience visiting, living, and investing in foreign countries. More info available at www.liveandinvestoverseas.com. Text and images provided by Kathleen Peddicord.