The Best Japanese Restaurant in The Hamptons: Kissaki Restaurant Opens In East Hampton 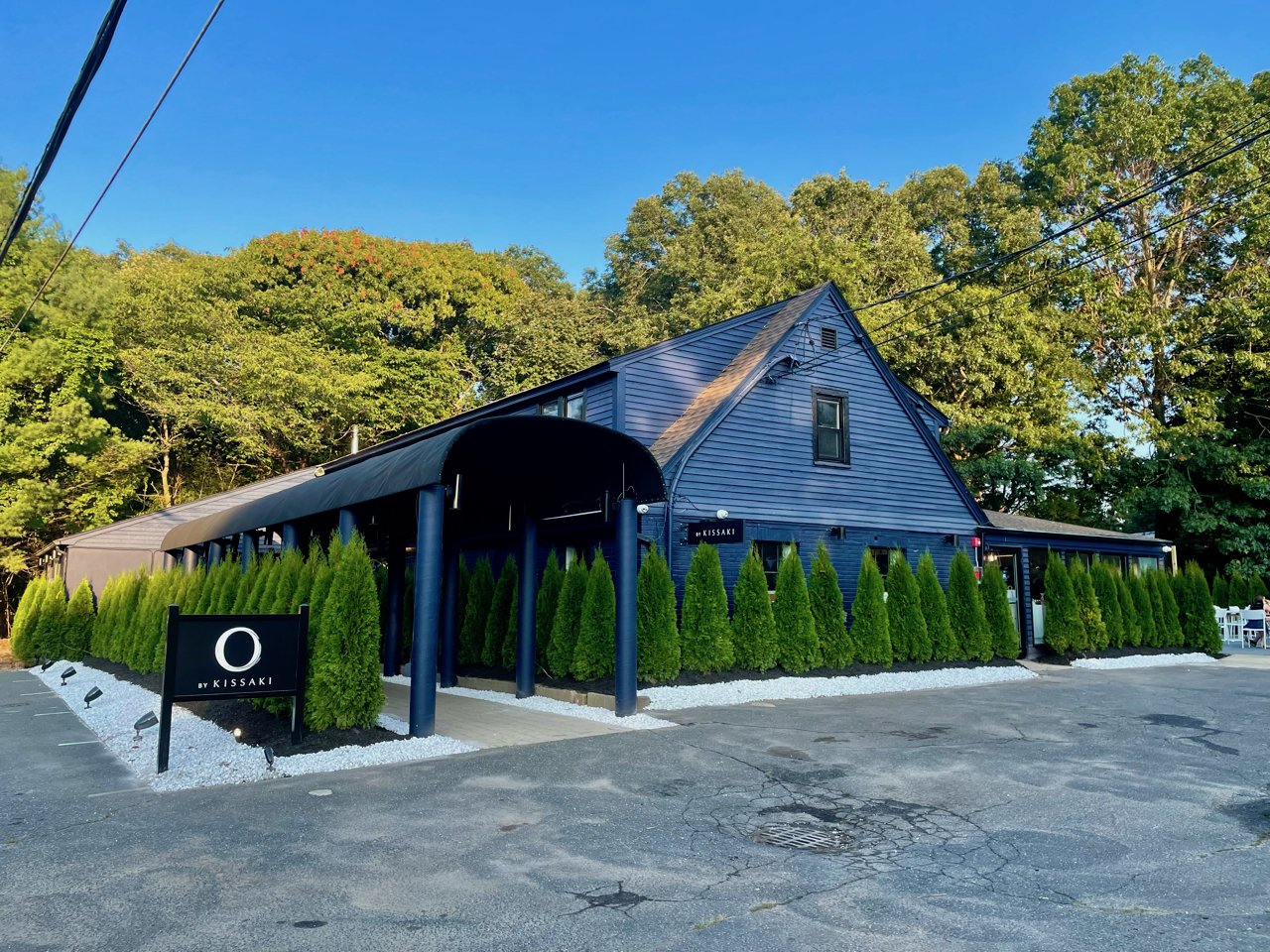 When the Kissaki restaurant opened its flagship in NoHo in January 2020, owner Garry Kafner did not expect the world to be turned upside down in just a few months time. Regardless of this potential set back, Kanfer not only persisted but expanded, opening additional Kissaki locations on the Upper West Side, at JACX&CO in Long Island City, in Greenwich, CT and in Water Mill.  The most exciting news is that O by Kissaki has just opened a chic new outpost in East Hampton, and will open another O by Kissaki in Wynwood next year.  Let’s take a look at more of the East Hampton location details! 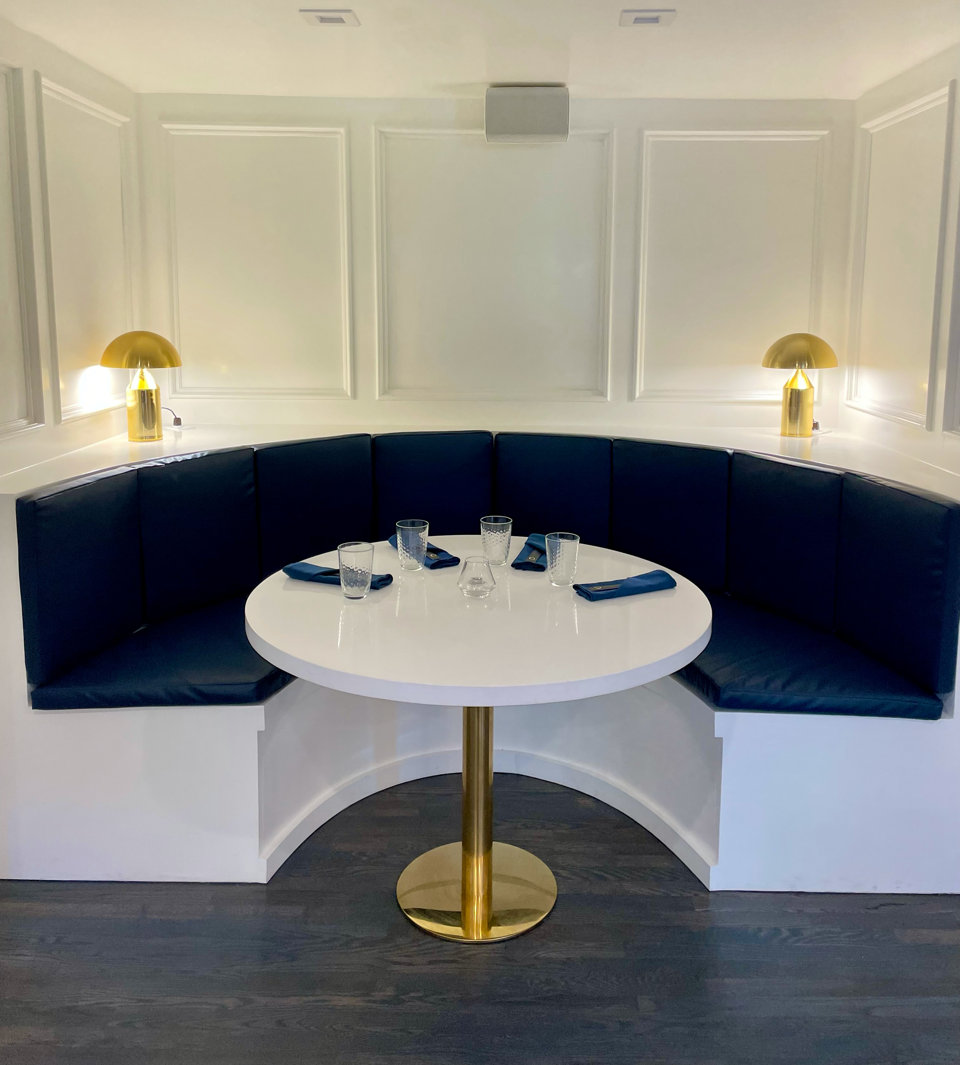 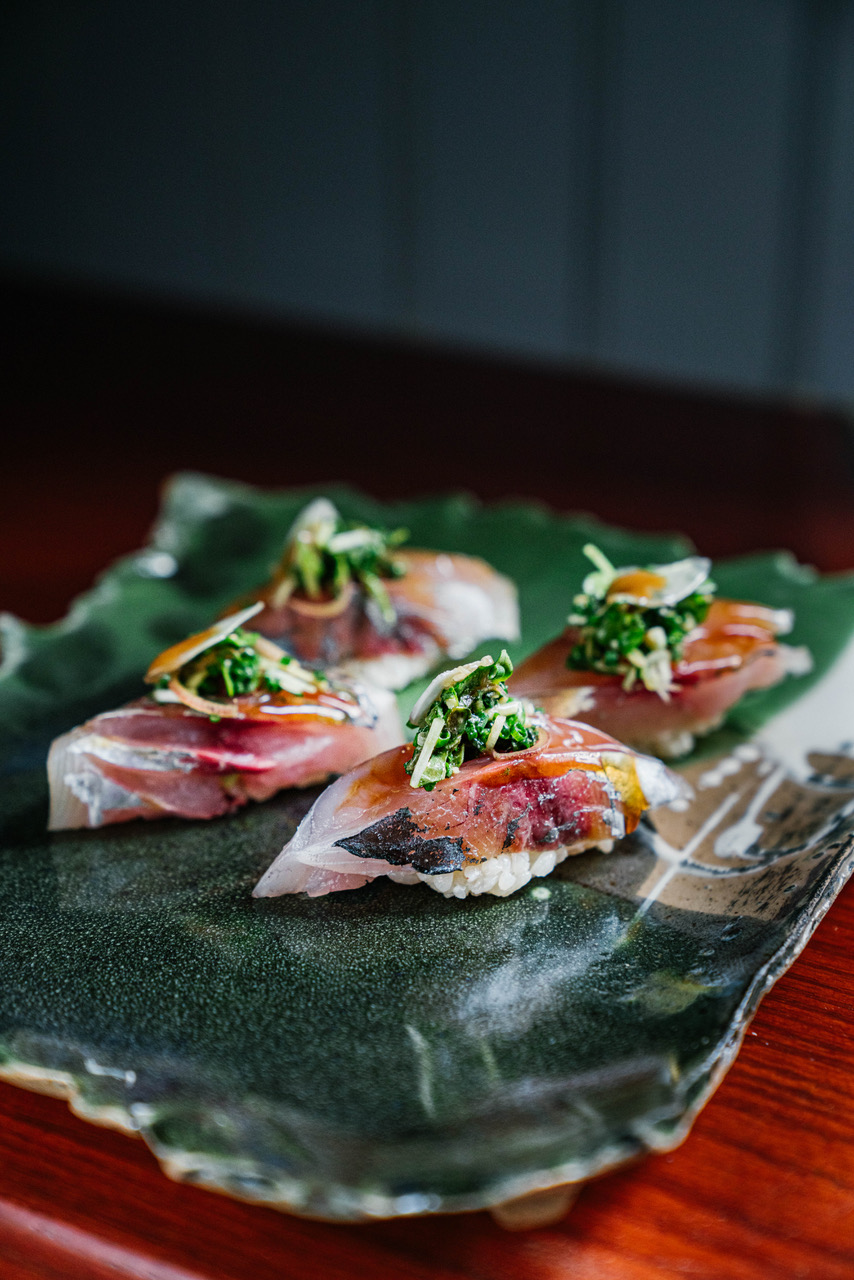 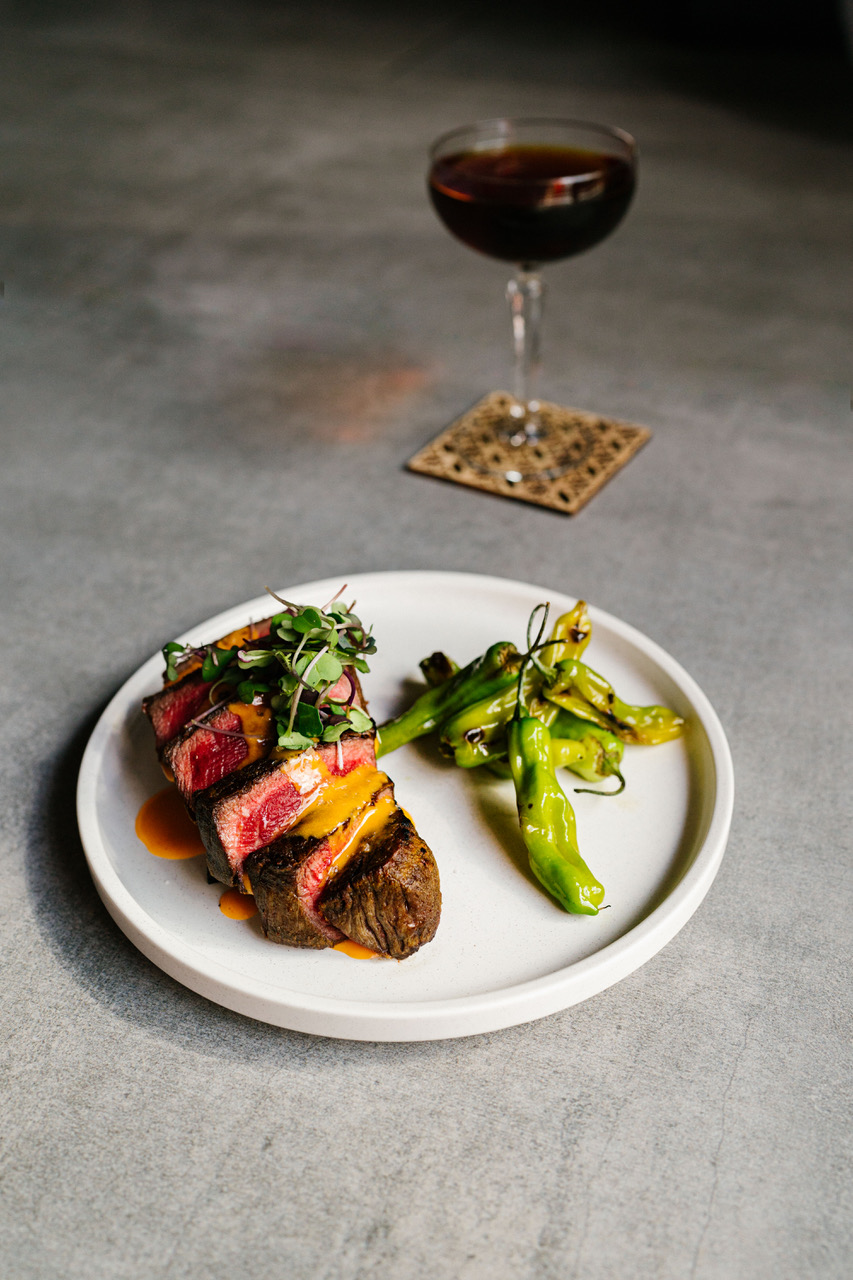 Kissaki owner Garry Kanfer (below) has taken over the former Bamboo and Zokkon space in East Hampton to bring his newest concept, O by Kissaki, to the East End. O by Kissaki will offer high-quality sushi-grade fish alongside raw crudo and hot robata grilled items. 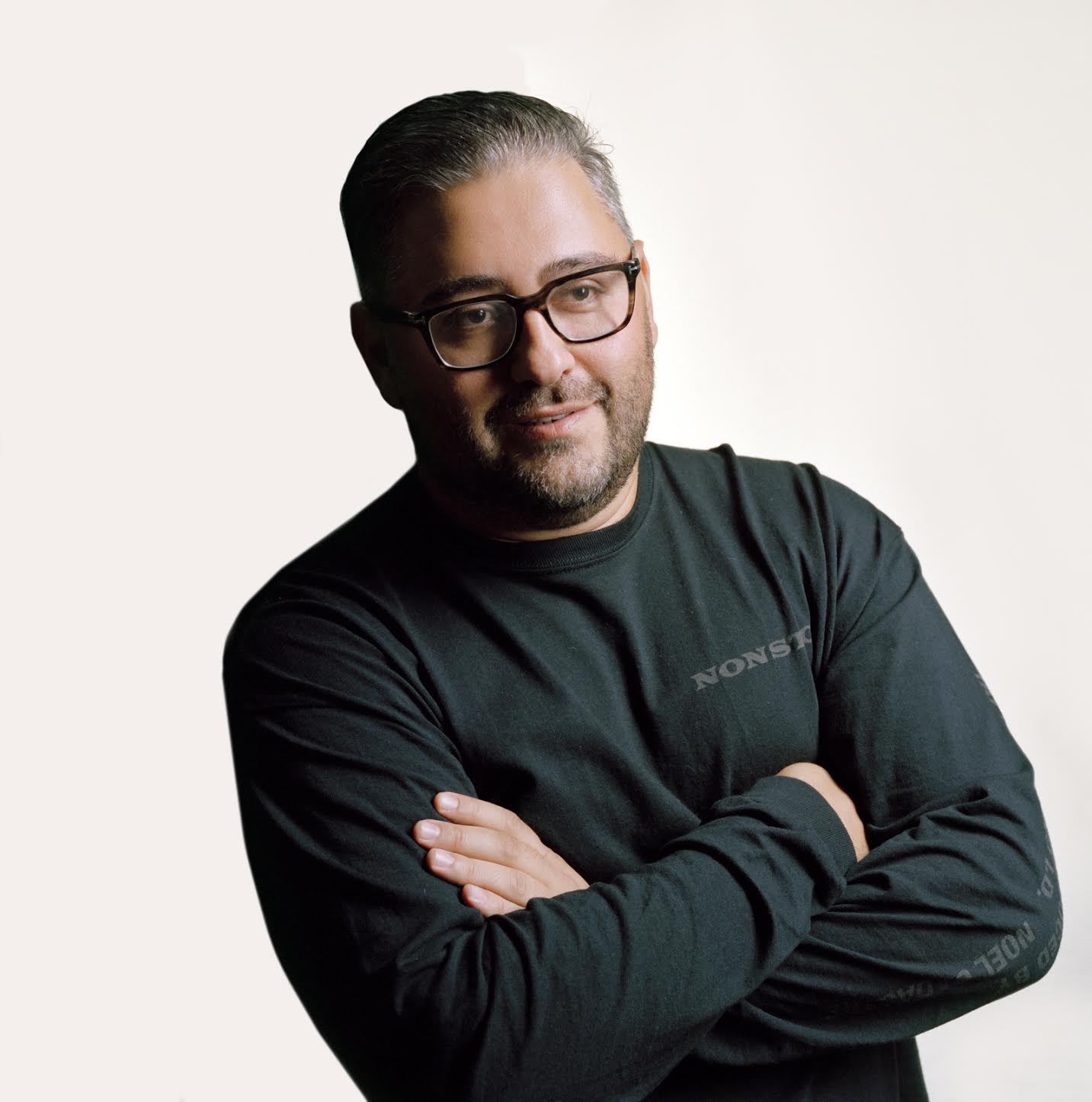 Garry Kanfer is a serial entrepreneur, founder, and a father of three. Kanfer is the founder of Big Drop, a full-service digital agency, servicing Fortune 500 clients. Known for building brands and designing world-class digital experiences, Big Drop was integral to the creation of the Kissaki brand. As a self-described “sushi addict”, launching a one-of-a-kind omakase experience was the natural next step for Kanfer. 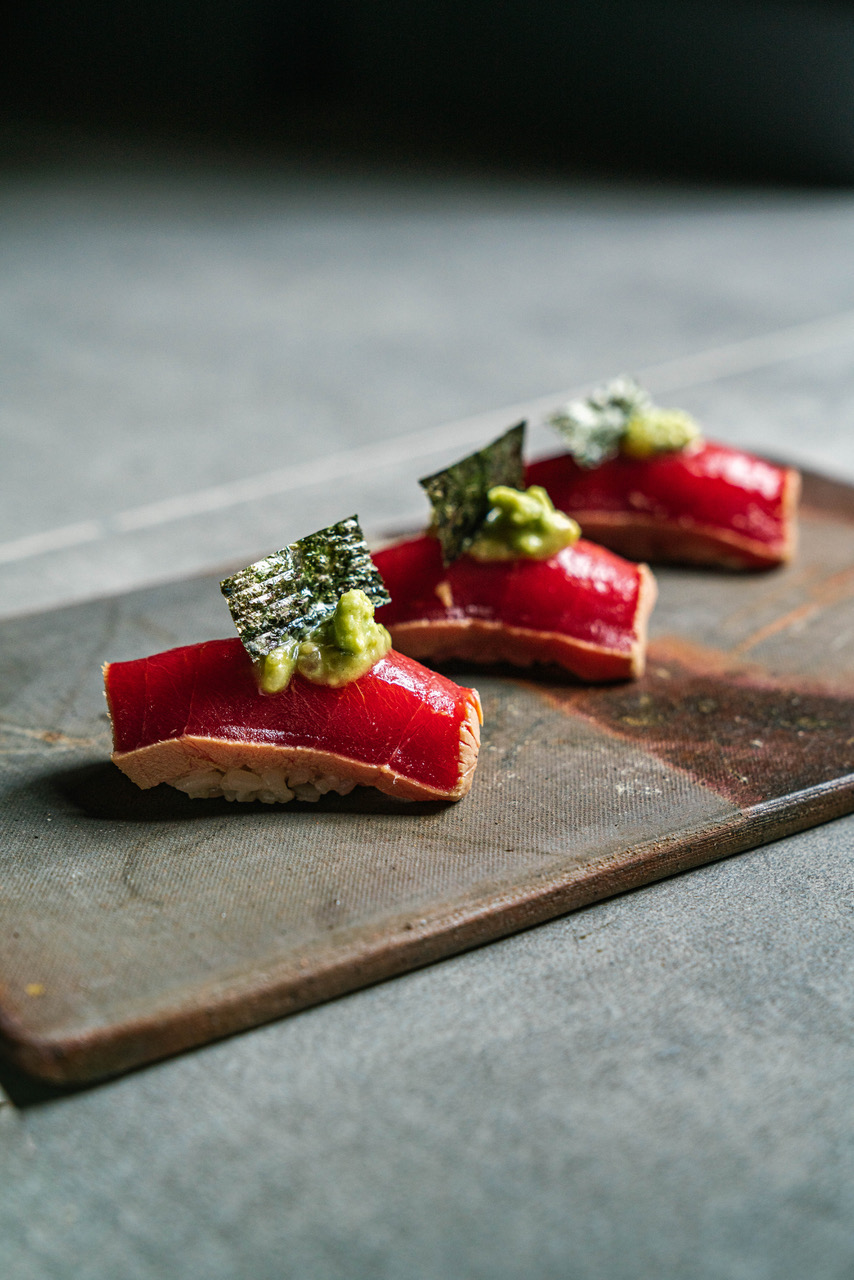 Executive Chef and Partner Mark Garcia (below) started his journey into sushi-making with a decade-long mentorship with Chef Kaze Chan of Sushi-san, who has a 30-year history of opening innovative and wildly successful sushi restaurants such as the Heat, Mirai Sushi, Kaze Sushi and Macku Sushi. Mark has worked in numerous restaurant and hotel kitchens over his career including the Waldorf Astoria and The Wit and J.W. Marriott Chicago. 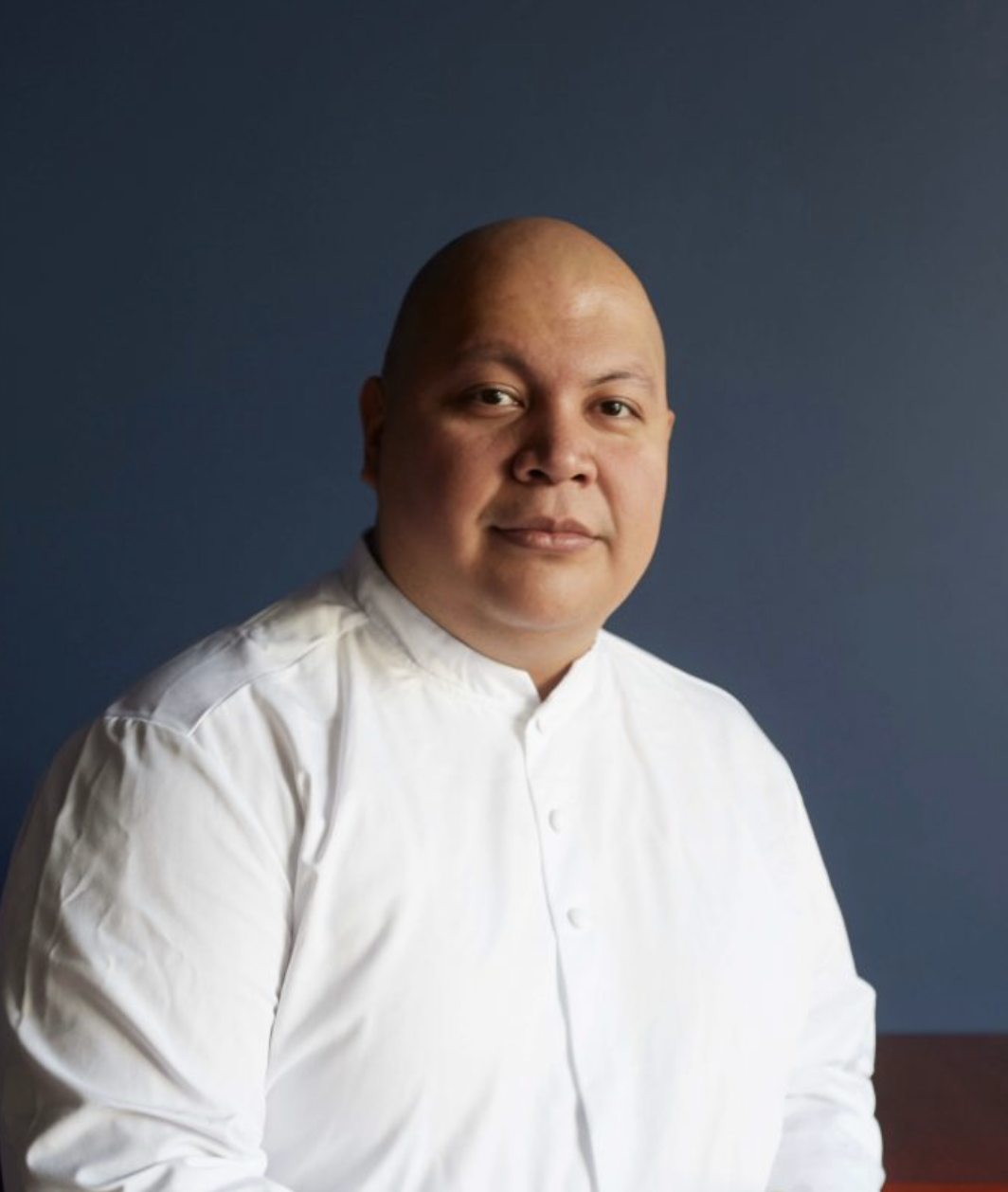 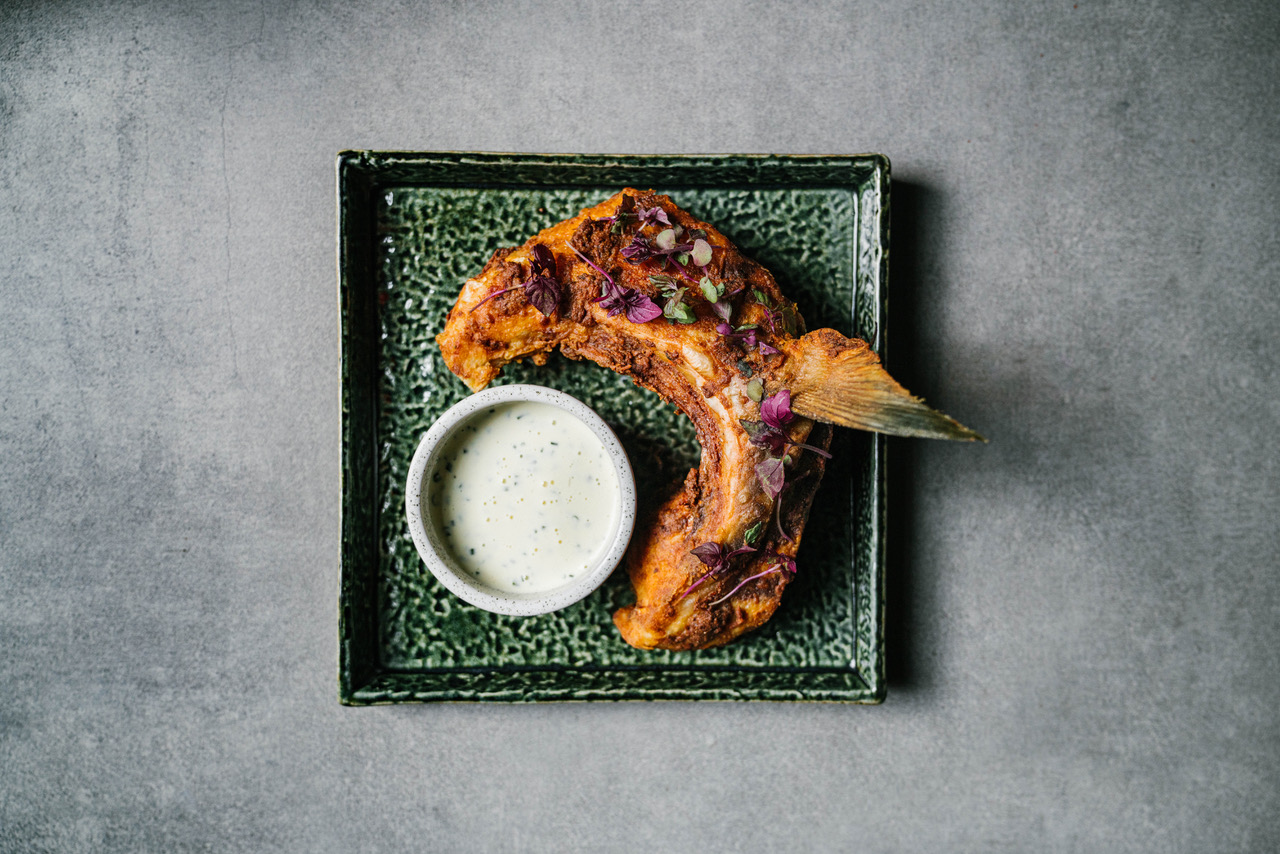 In 2014, Chef Mark was able to rejoin Chef Kaze and Michelin-starred Chef Jeff Ramsey to collaborate and subsequently develop the menu and design for the sushi bar in Momotaro. This multi-dimensional sushi, izakaya and bar spot quickly became one of Chicago’s hottest restaurants and remains open today. In 2016, Mark debuted his modern omakase at Gaijin in Astoria, Queens. The fitting name “Gaijin” translates to “outsider” in Japanese, as Mark considers himself an outsider whose deep appreciation of the culture and craft ultimately led him to open his own restaurant. The term “outsider” is also a nod to Mark’s experience overcoming external doubts about his place in the sushi world. Rather than giving in, Chef Mark has embraced his role as an outsider and used the doubt as motivation to get him to where he is today. 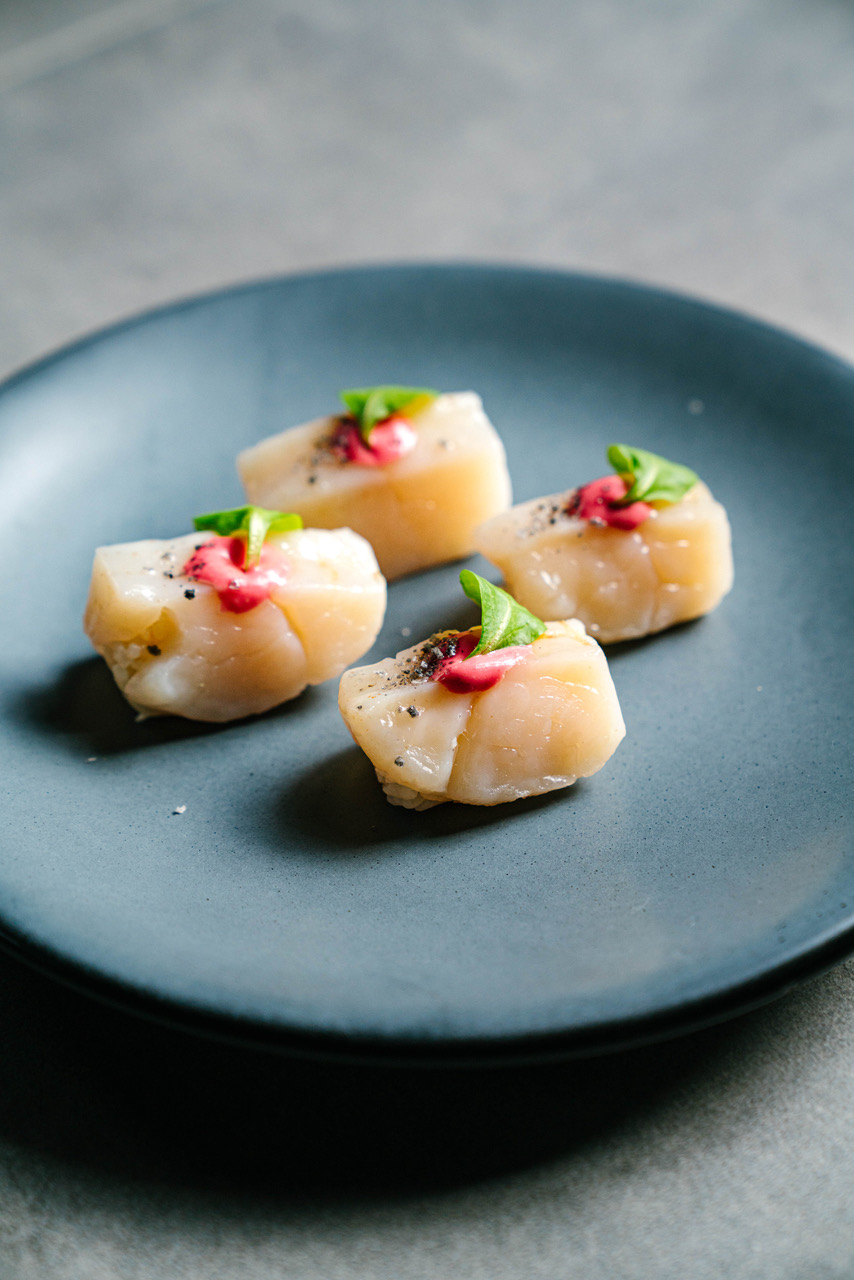 O by Kissaki’s mission is to honor and share traditional Japanese cuisine with the world. Each dish is mindfully sourced, seasonal and designed to take diners on a culinary exploration through their senses. Executive Chef Mark Garcia cultivates this one-of-a-kind experience where everyone feels at home. With a variety of both raw and cooked fish throughout the menu, O by Kissaki serves classics, traditional and specialty Maki, and Chef Mark’s specialty nigiri. 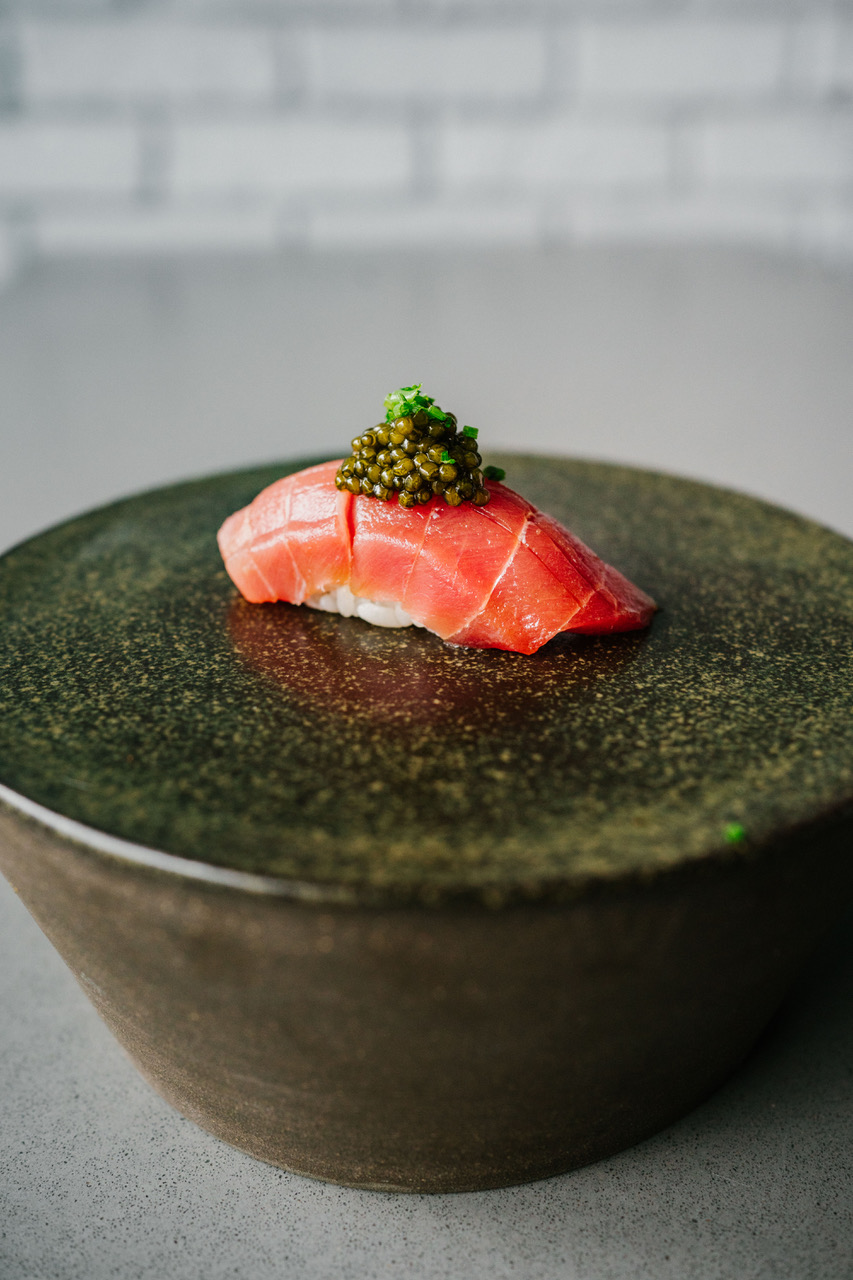 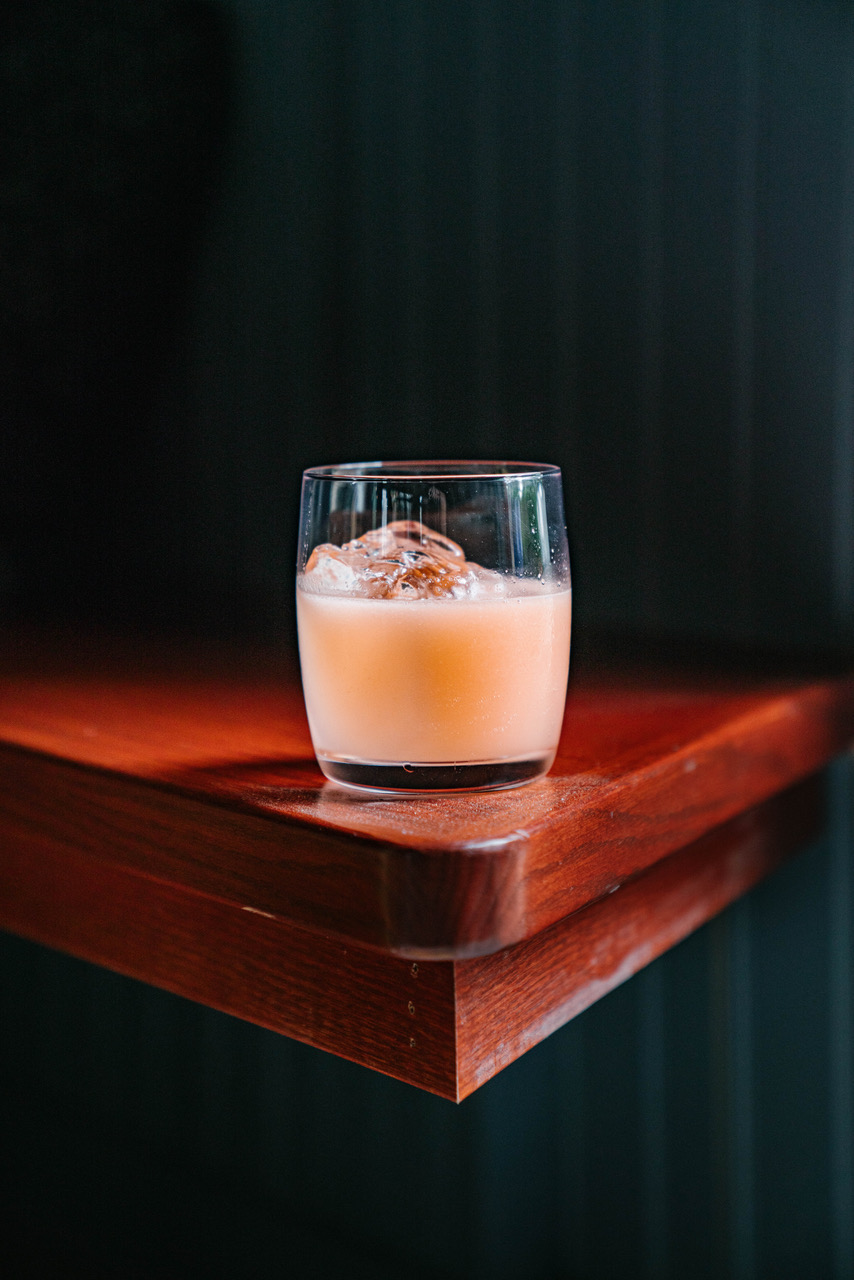 The O by Kissaki drink menu is filled with Japanese inspired cocktails, Blue Door draft sake in addition to a large selection of wine, beer and nonalcoholic beverages. Whisky, Meron, Ichigo, Ikigai, and Omugi highballs are on the menu alongside craft cocktails including a Nihon 75, Kosho Margarita, Momo Sour, Shiokaze, and a Sawayaka Daiquiri. A frozen Watermelon cocktail made with Absolut Watermelon, shochu and Lilliet Rose is on the menu along with a frozen Mutsu Colada. 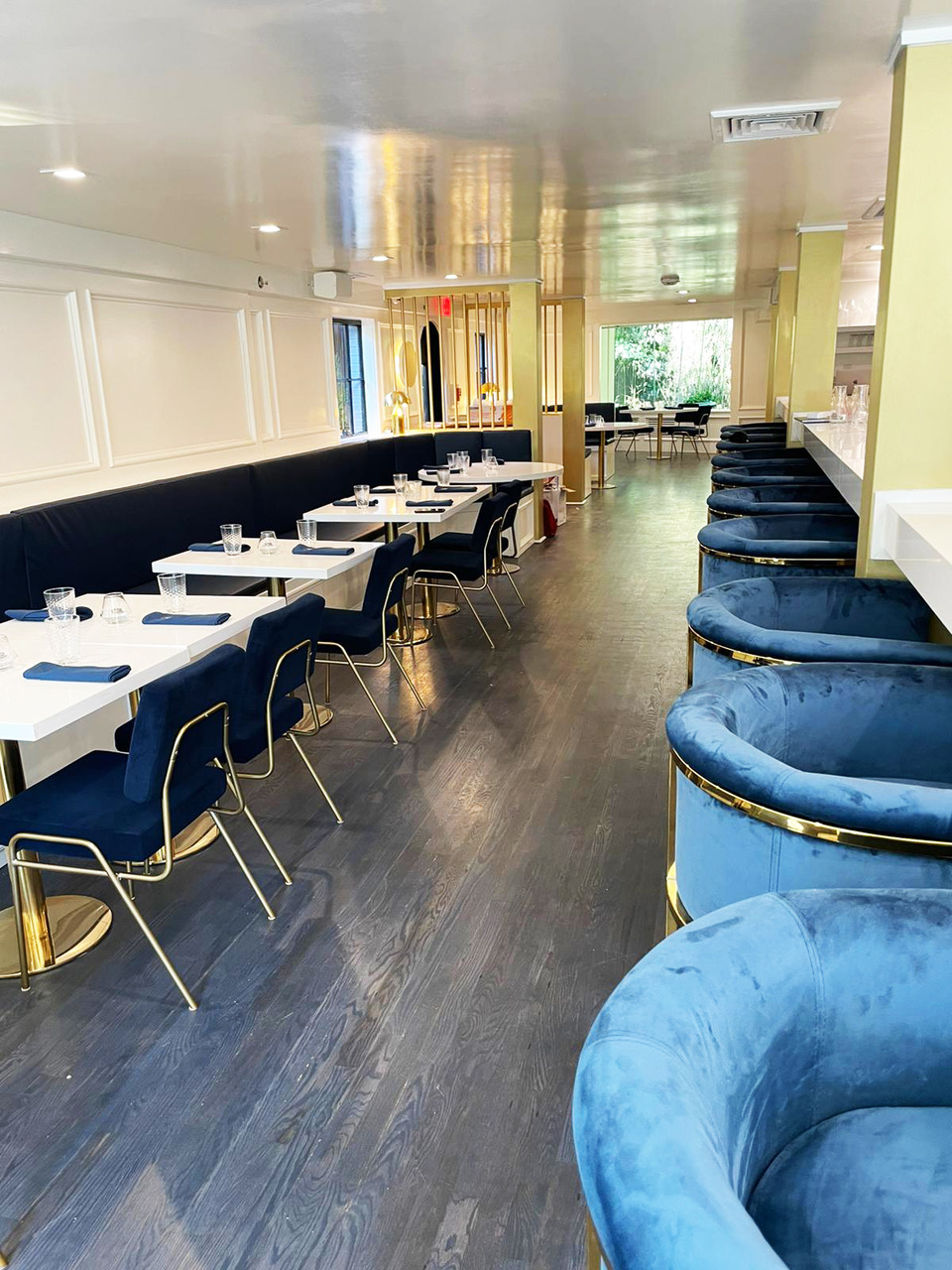