On Saturday, July 22nd, Benoist F. Drut, Gallery Principal of Maison Gerard, welcomed over 150 guests to a cocktail reception to celebrate the opening night party of the exhibition, Marino di Teana: A Lifetime of Passion and Expression. The summer soiree was held at the magnificent Southampton home of Michael Bruno, the founder of 1stdibs, and his partner, Alexander Jakowec.

Sculptural works made of corten and stainless steel by the sculptor and architect, di Teana, were on view throughout the picturesque, landscaped gardens with the stately Grosvenor Atterbury mansion as its backdrop. Among the attendees of the night were Deobrah Buck, Sally Egbert, Cynthia Frank, Nicole Fuller, Amy Lau, Julia Noran, Polina Proshkina, Robert Rufino, Charlotte Schoenfeld, and Harriet Weintraub.

While strolling the grounds, guests sipped crisp rosé provided by Wolffer Estate Vineyard and enjoyed the perfect summer fair prepared by Sonnier & Castle. Throughout the night, they were serenaded by the beautiful vocals of Michelle Wake. 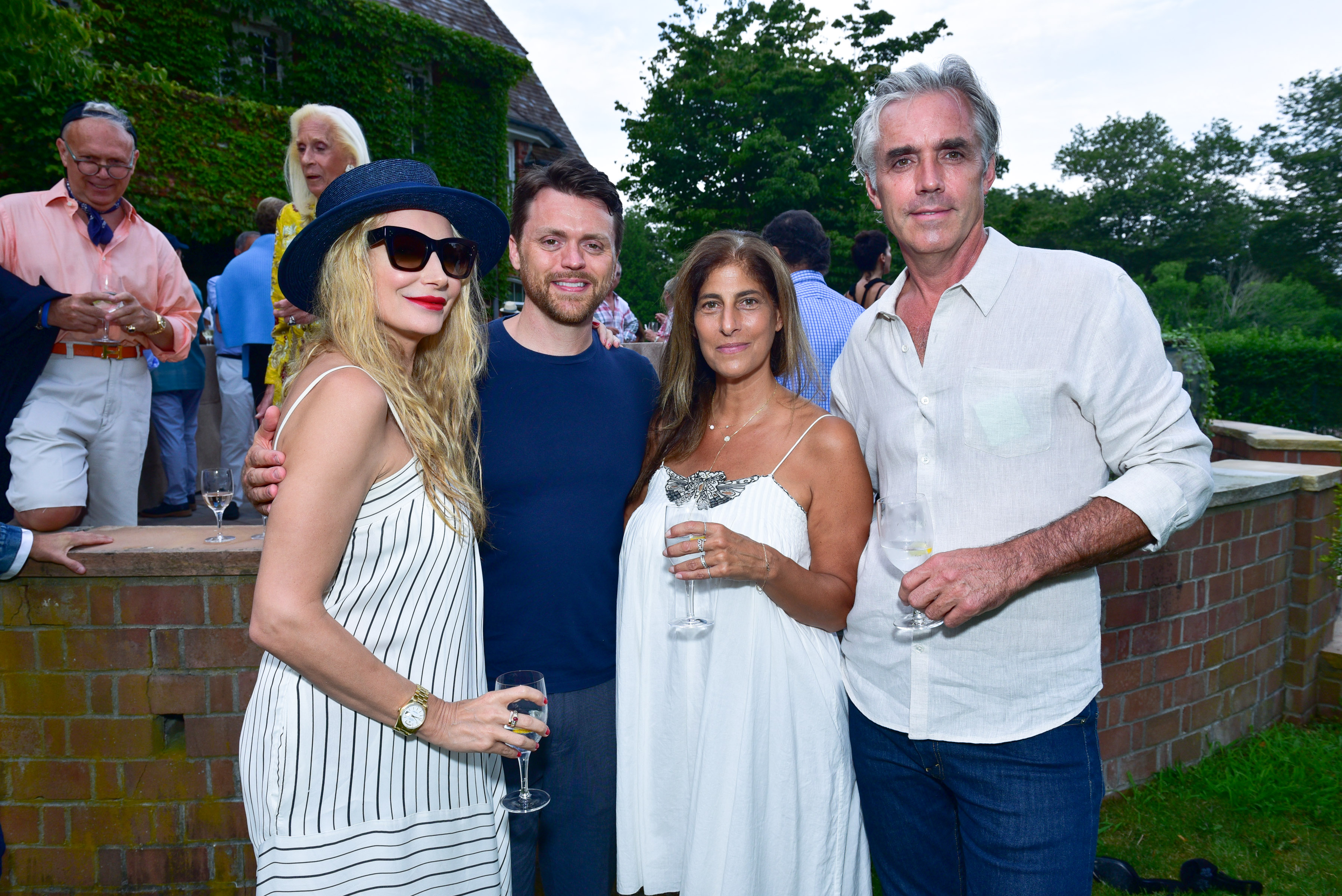 Nicole Fuller, Timothy Brown, Kris Fuchs, Steve RedmondThe show is the first of its kind in the United States, primarily for its range of scale, with works ranging from small to monumental. Drut has created a compelling juxtaposition by placing the powerful sculptures in an idyllic garden setting. The exhibition will be open to the public by appointment through August 26. To make an appointment, please call 212-674-7611.

*Photos in this feature by ©Patrick McMullan Photo – Sean Zanni/PMC