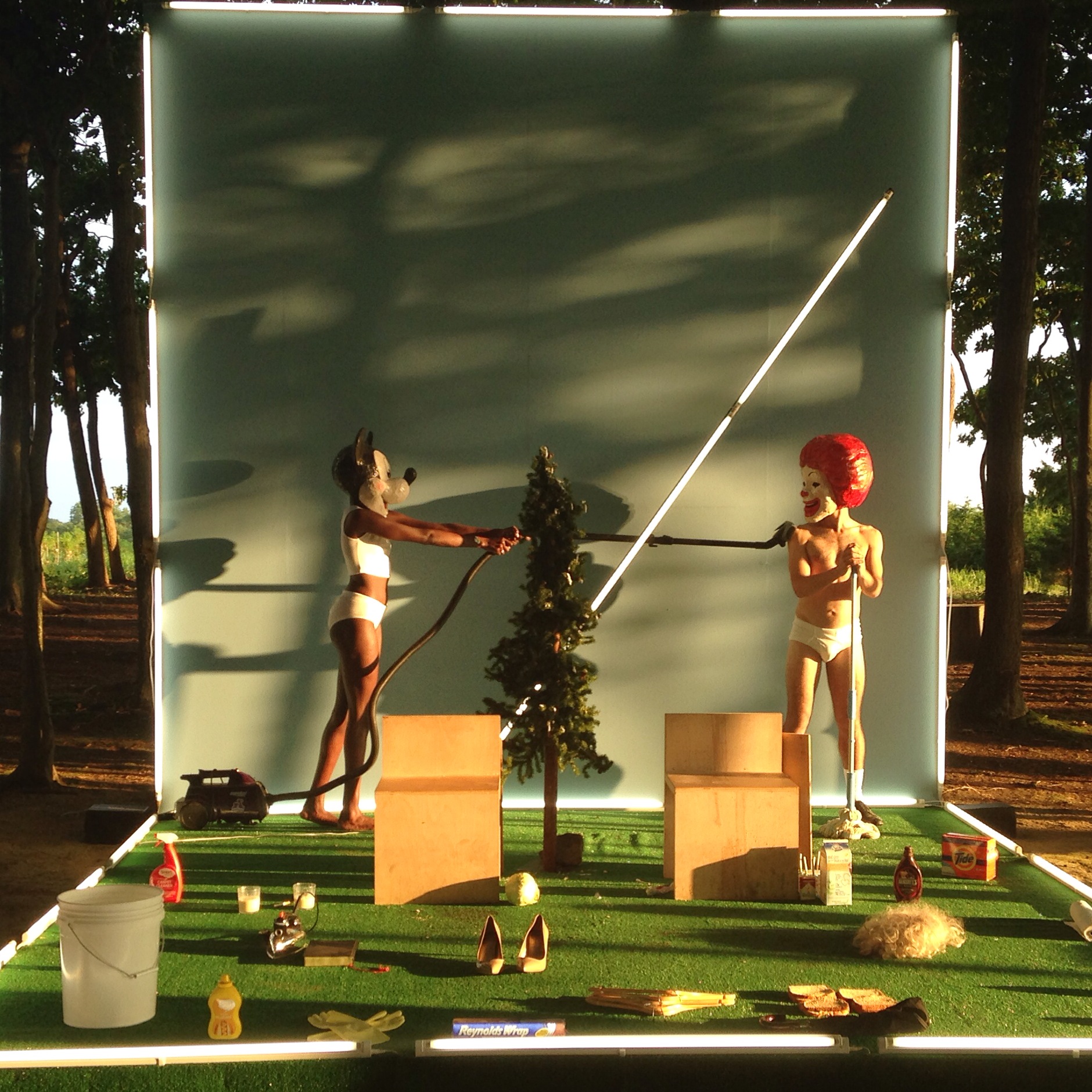 The Byrd Hoffman Water Mill Foundation celebrated its 21st Annual Summer Benefit – One Thousand Nights and One Night: Sleepless Nights of Sheherazade on July 26th at The Watermill Center. The Benefit raised a record setting $2.2 million dollars to support the Center’s International Summer Arts Program and the year-round Artist Residency and Education Programs, providing young and emerging artists a unique opportunity to develop their work. “In terms of what we do at Watermill, I am proudest when we showcase work that has never been seen in the United States, together with the work of young artists. I am grateful for the unparalleled support we receive each year to continue to provide a creative environment for artists to explore new ideas,” commented Artistic Director, Robert Wilson [below]. 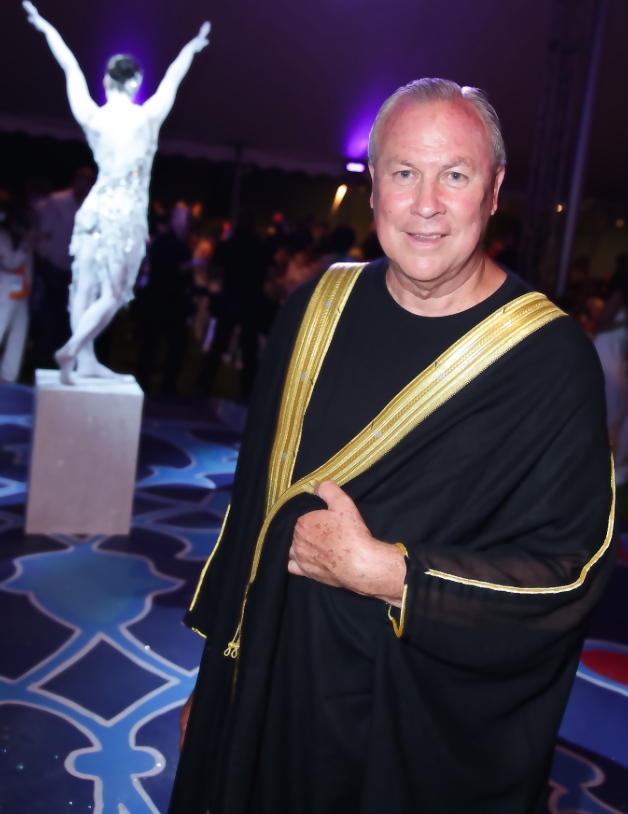 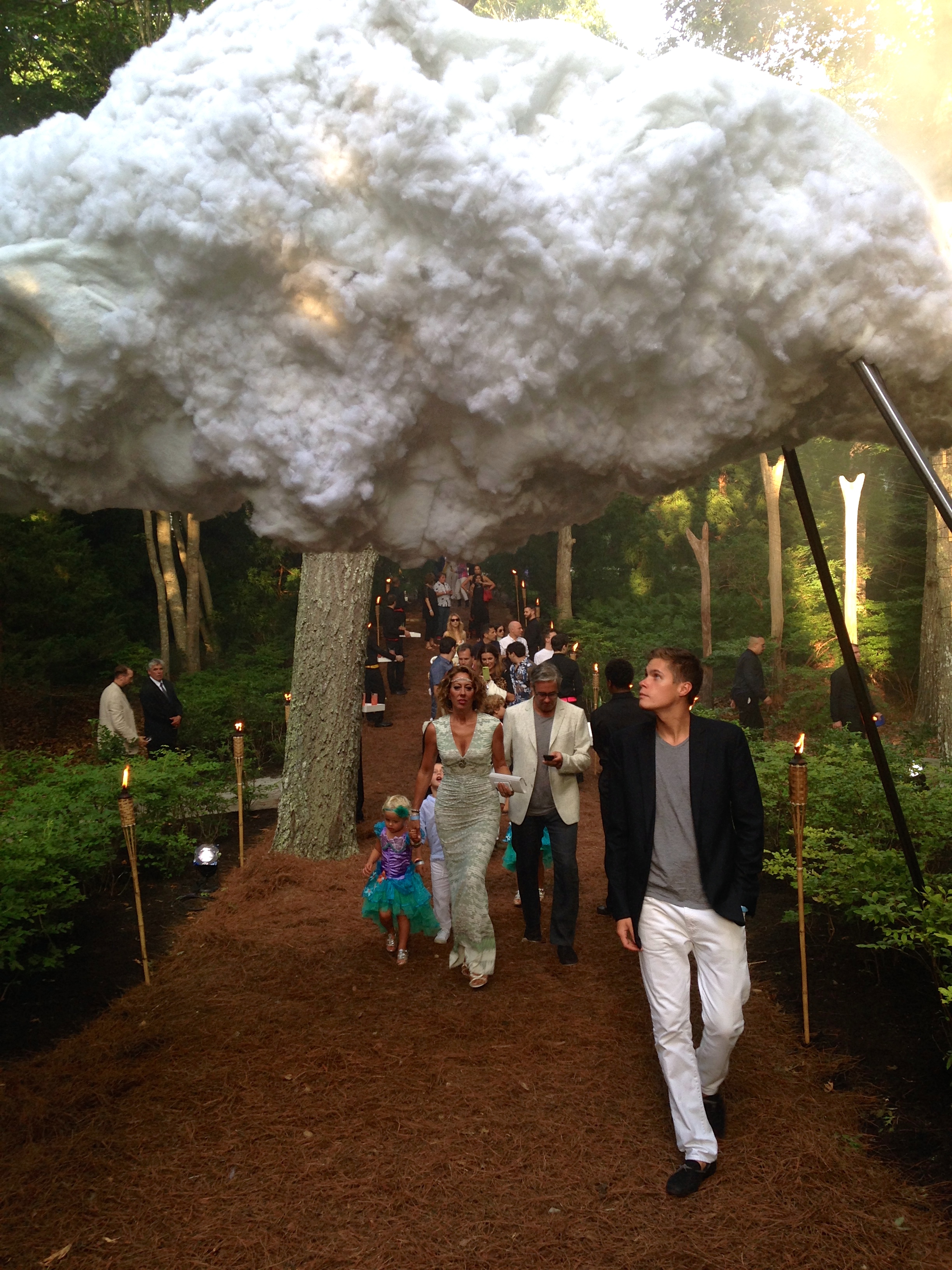 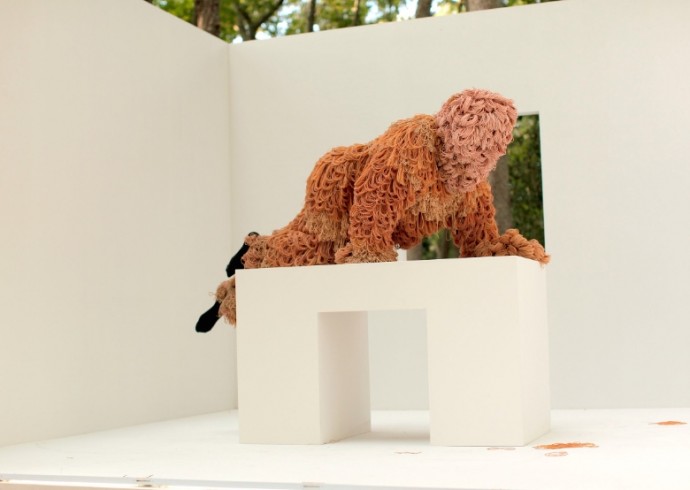 The Watermill Center is a laboratory for performance founded by Robert Wilson as a unique environment for emerging and established artists from around the world to explore new ideas. Watermill draws inspiration from all the arts as well as from social, human and natural sciences. Watermill is a global community of artists. Living and working together among the extensive collection of art and artifacts lies at the heart of the Watermill experience. Watermill is a haven for artists, supporting their work among a network of international institutions and venues that embrace new interdisciplinary approaches. 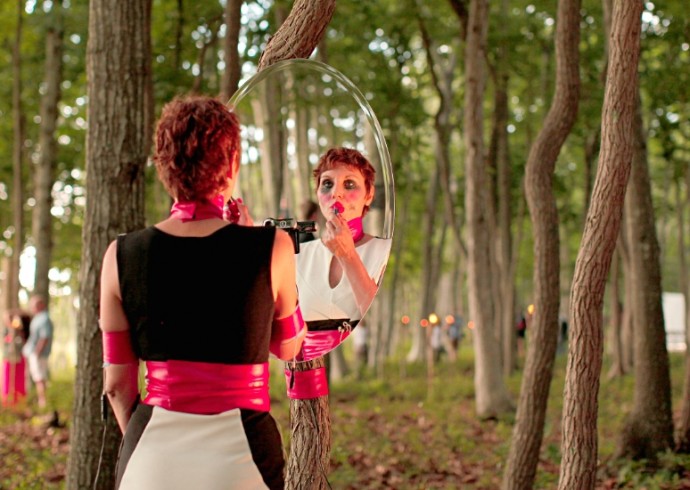 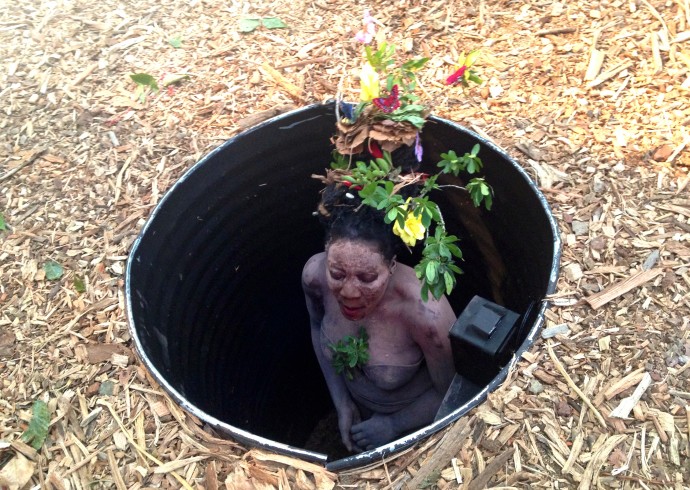 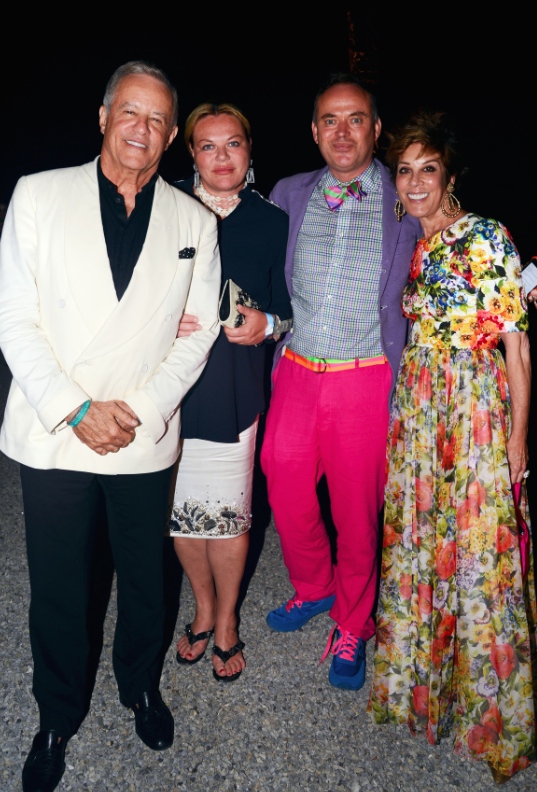 Honoring international art patron Shaikha Paula Al-Sabah, the evening featured new work by 100 artists from 30 countries; the US premiere of Portraits of Lady Gaga by Robert Wilson; and a highlight performance of SISYPHUS by acclaimed experimental theatre director, visual artist and choreographer, Dimitris Papaioannou. Upon arrival, guests were greeted by the light of the setting sun passing through a cloud installation, titled n.u.a.g.e.s by Annick Lavalee-Benny and La Noche, a unique specialty cocktail created by Casamigos Tequila for the occasion. 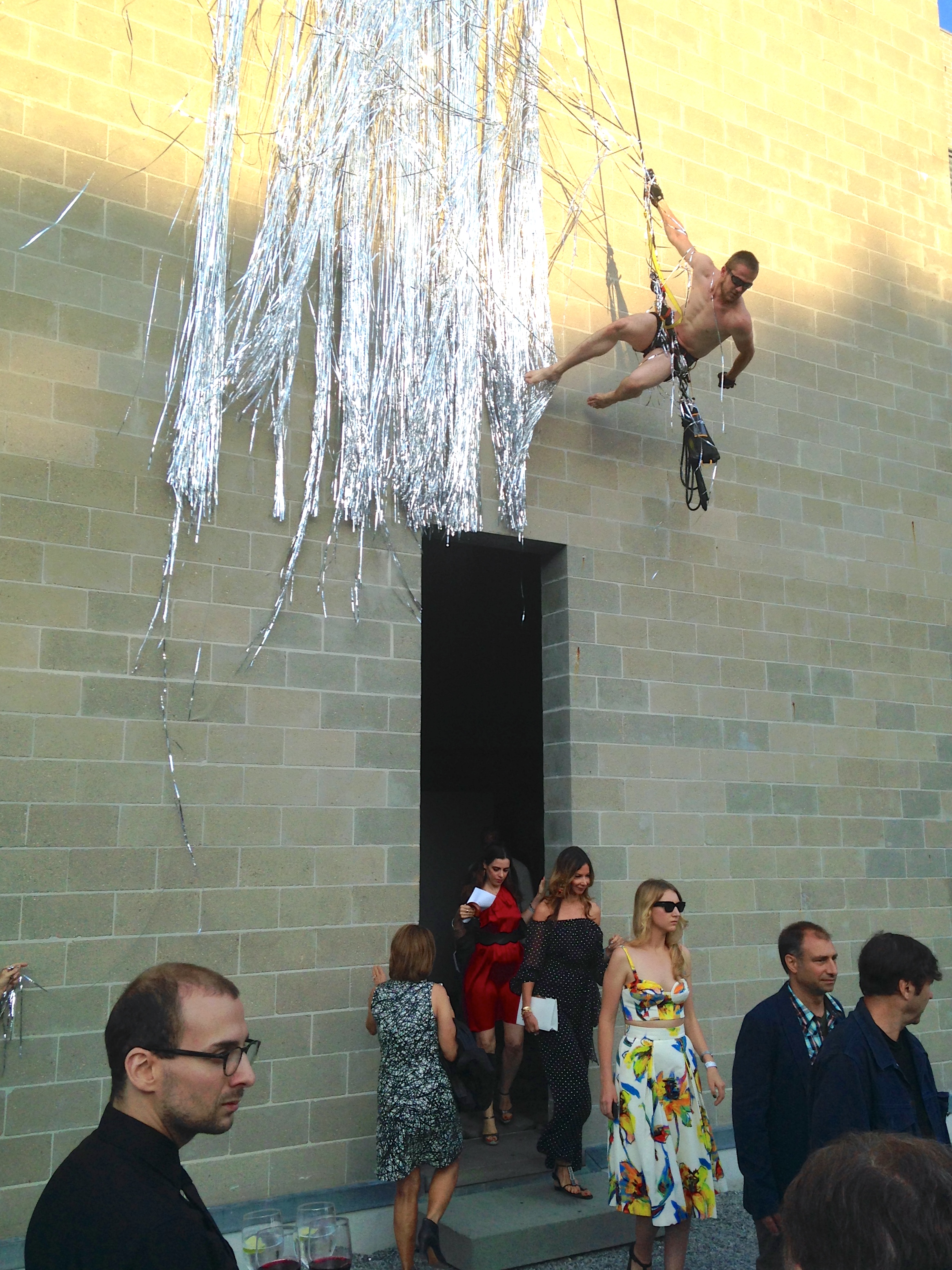 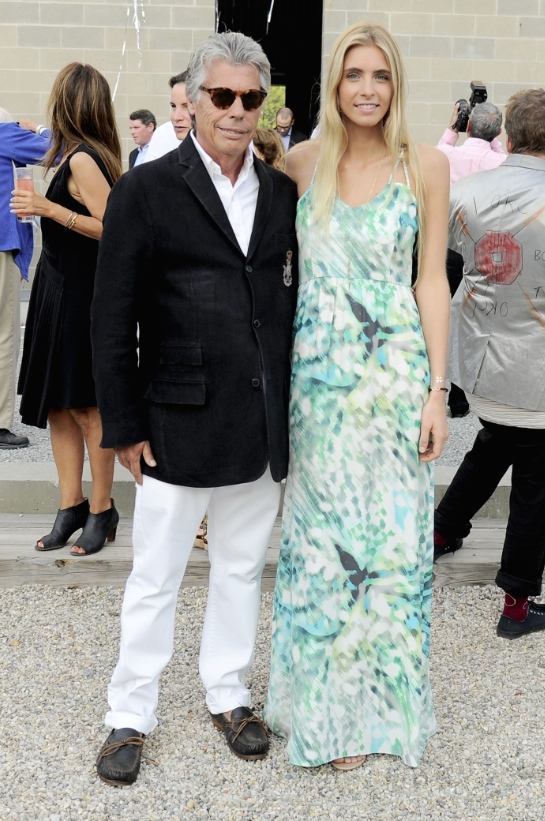 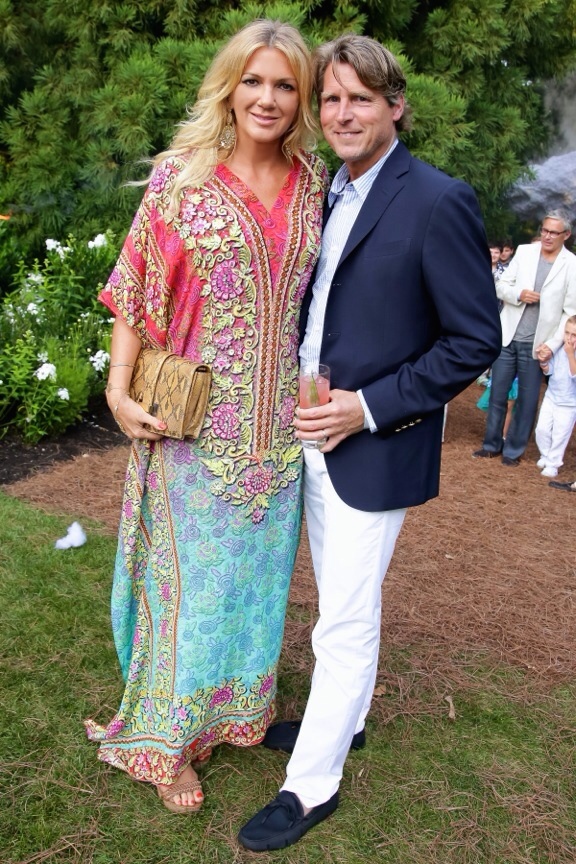 Almost 1400 international curators, collectors, artists and benefactors roamed the Center’s 8 acres to experience 27-site specific installations and performances interspersed amongst outdoor sculptures and artifacts including Baboo Liao and Gintare Minelgaite’s 1001 Nights in America, a whimsical, satirical look at American home life. Rolls Royce, the quintessential symbol of elegance and luxury, displayed a Phantom Drophead Coupe convertible on site at the entrance to the dinner tent. 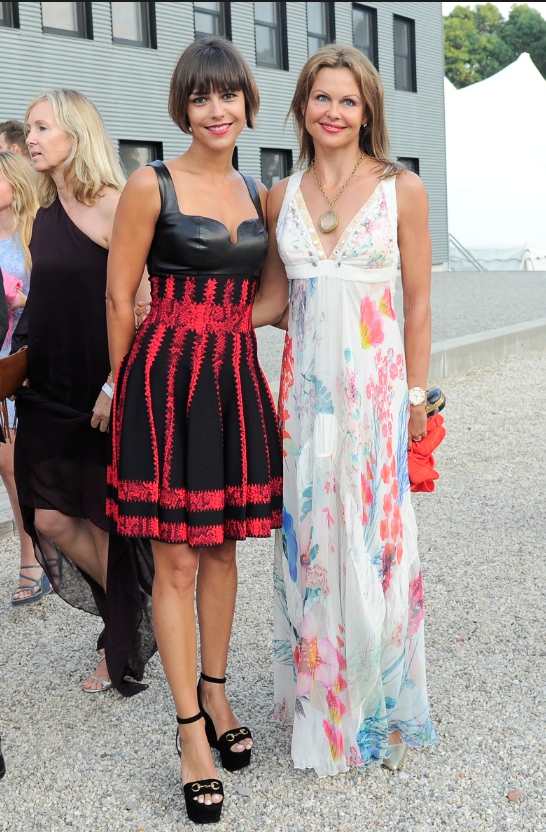 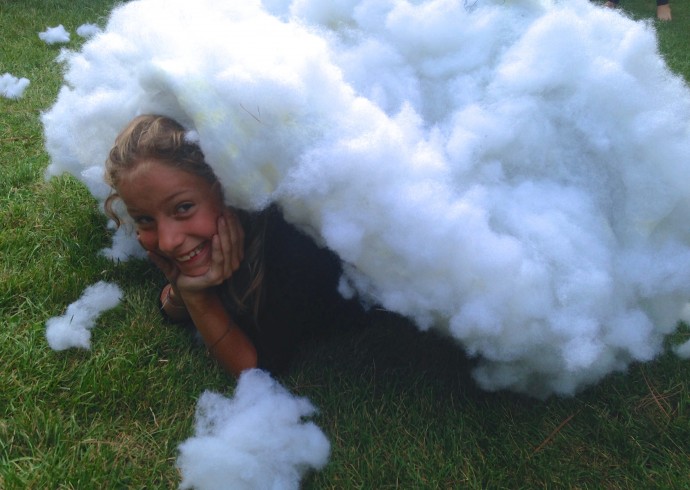 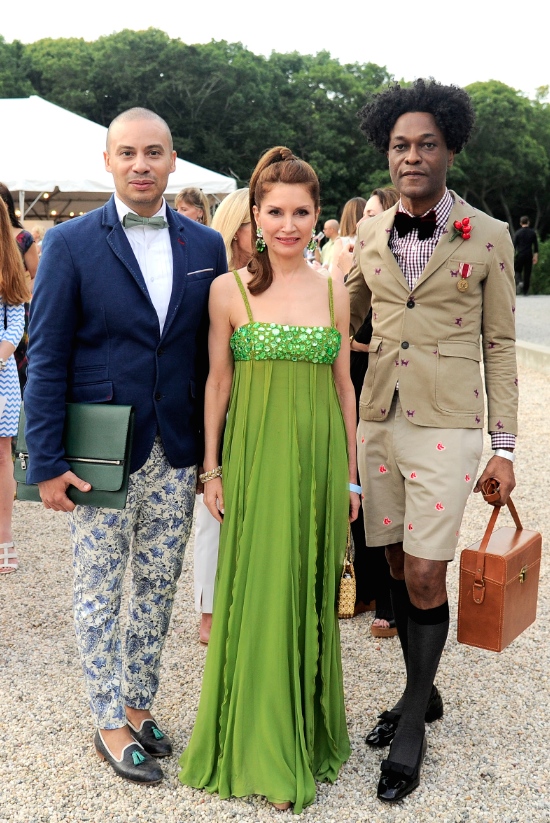 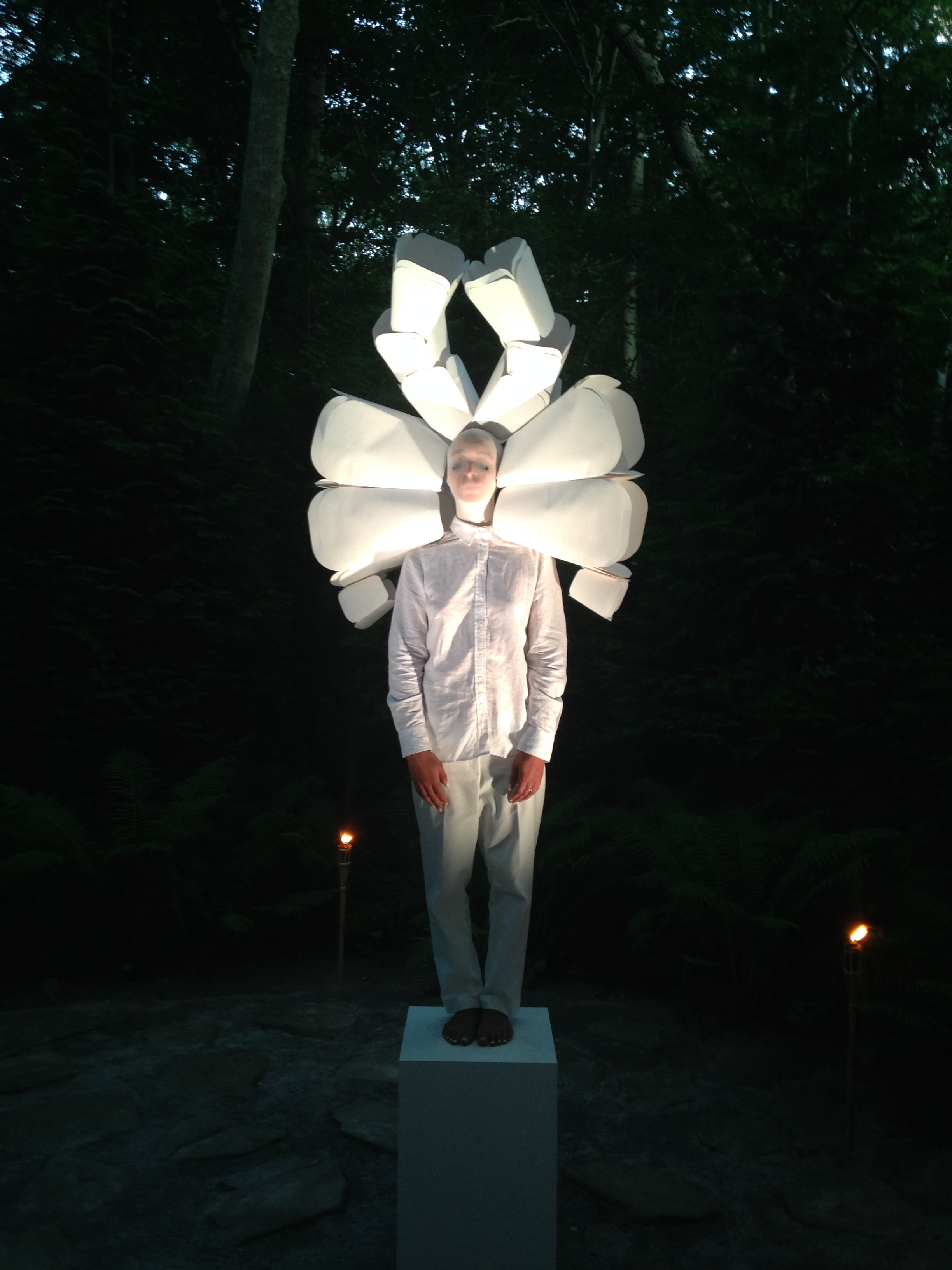 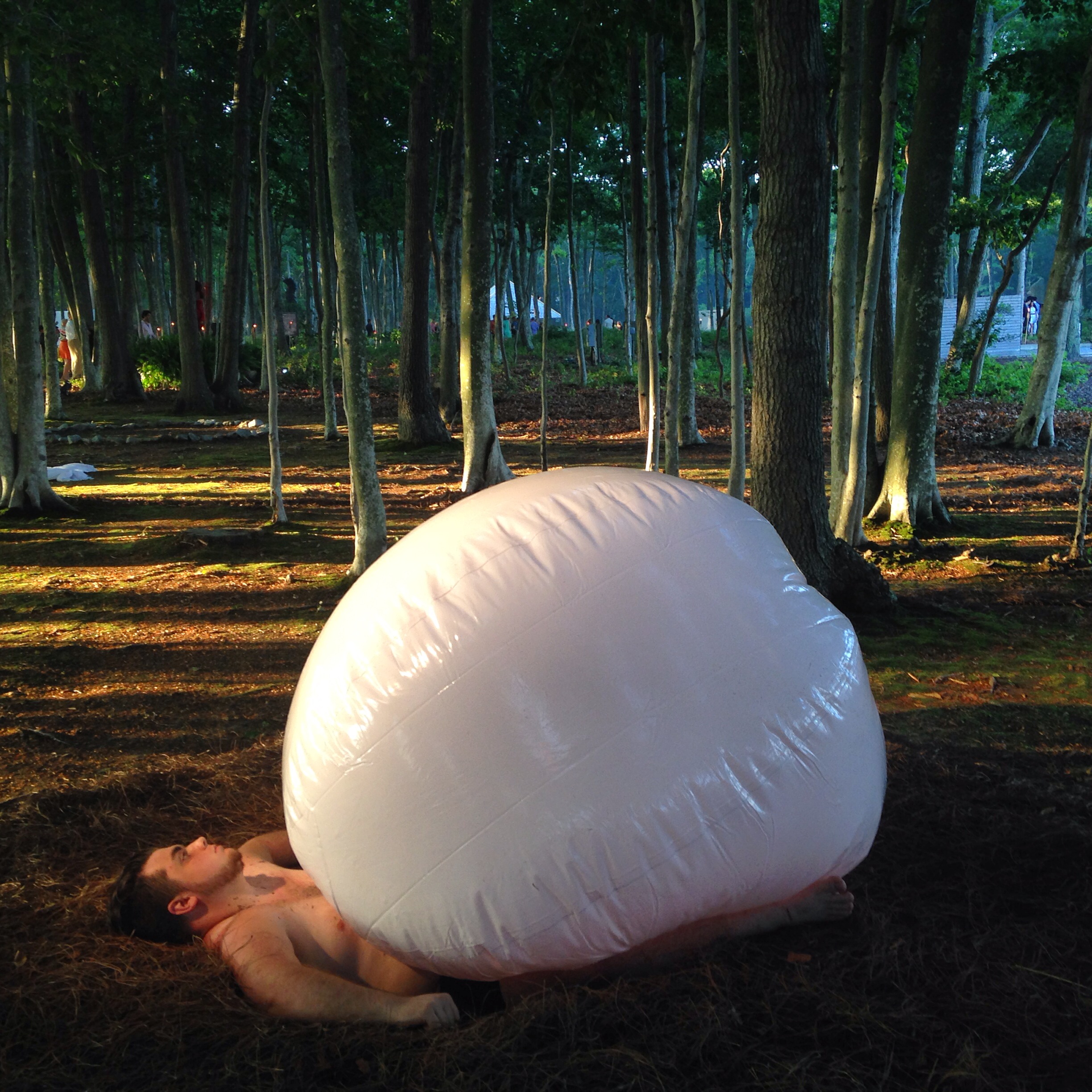 The drama continued as guests entered the dinner tent, which was conceived and designed by multimedia contemporary artist, Eric Parnes, whose work, Gérôme’s Helmets (in the silent auction) was inspired by the evening’s dress code “Bazaar Chic”. Wilson enlightened guests that the theme references the honoree, a senior member of the Kuwaiti royal family – Shaikha Paula Al-Sabah — and because as he announced for the first time, the Paris Opera has commissioned him and Phillip Glass to produce a new opera – The Palace of Arabian Nights. 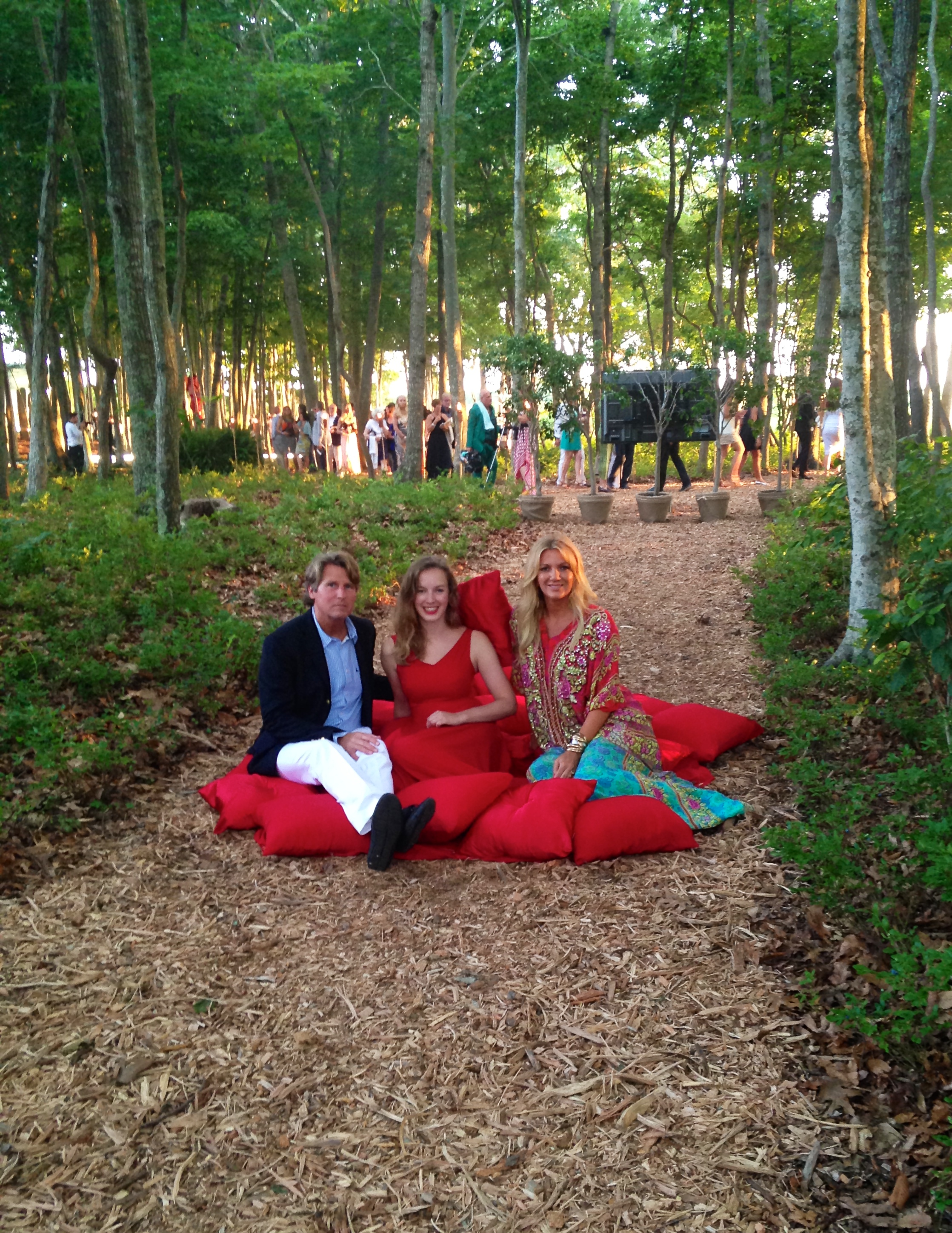 The highlight of the dinner was the live auction conducted by veteran auctioneer Simon de Pury, which together with the online auction previewed and hosted by Artsy, raised $1.2 million. Among the notable lots in the live auction, were two Portraits of Lady Gaga by Robert Wilson influenced by Jean-Auguste-Dominique Ingres’ portrait of Mademoiselle Caroline Rivière and Jacques-Louis David’s famed painting, The Death of Marat, exhibited at the Louvre last year, as well as works by Frank Gehry, Anish Kapoor, Anselm Kiefer, Emilia and Ilya Kabakov, and an unsolicited, anonymous donation of $100,000 for a commissioned work by Robert Wilson. 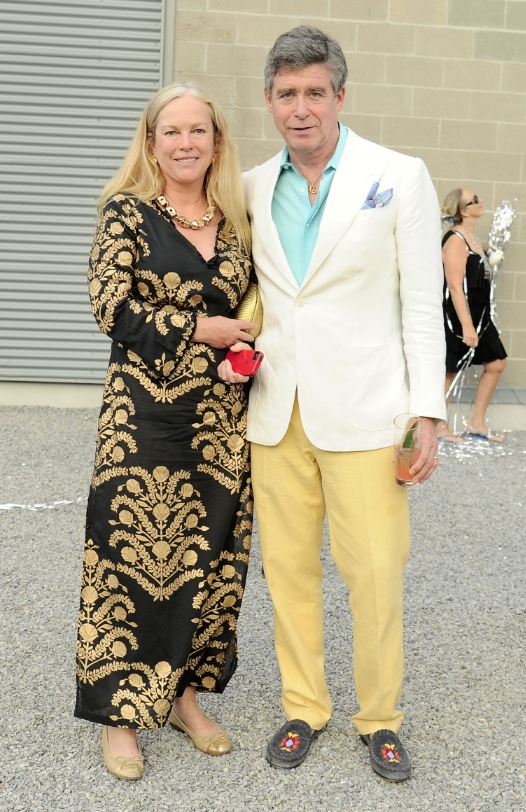 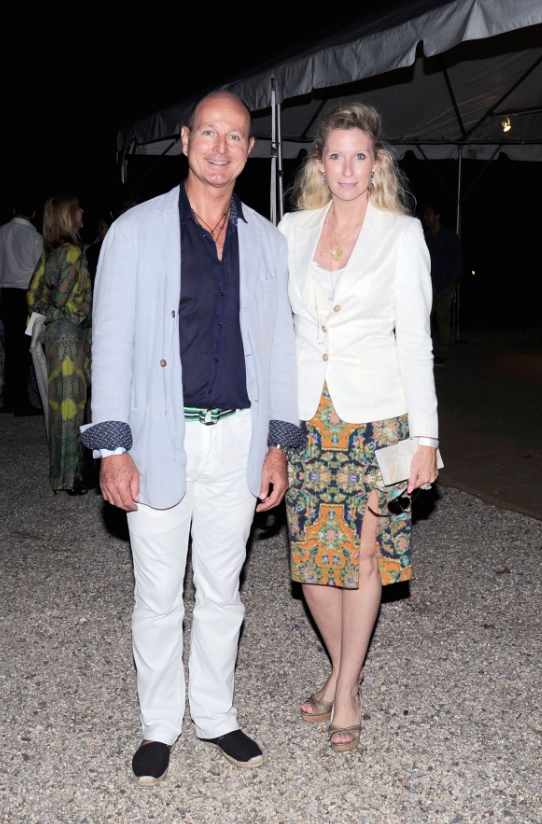 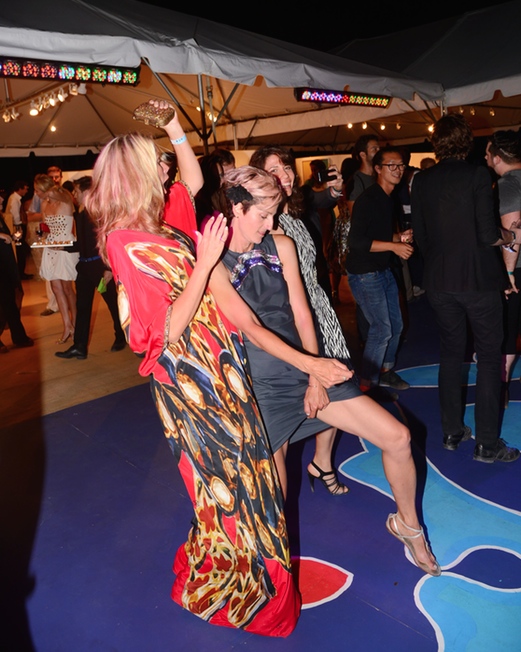 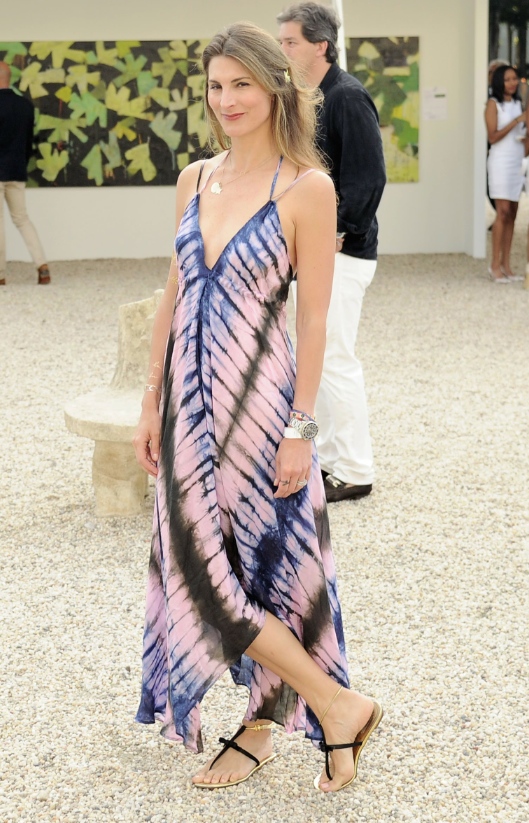 More about the Watermill Center: Watermill is unique within the global landscape of experimental theatrical performance, and regularly brings together the brightest minds from all disciplines to do, in Wilson’s words, “what no one else is doing.” Watermill offers a wide range of programs and activities throughout the year. For the well-known International Summer Arts Program, Wilson annually invites 60-80 artists who come from over 25 countries for 5-6 weeks of intense creative exploration. For the Center’s Fall and Spring Residency programs, which take place from September to June, a 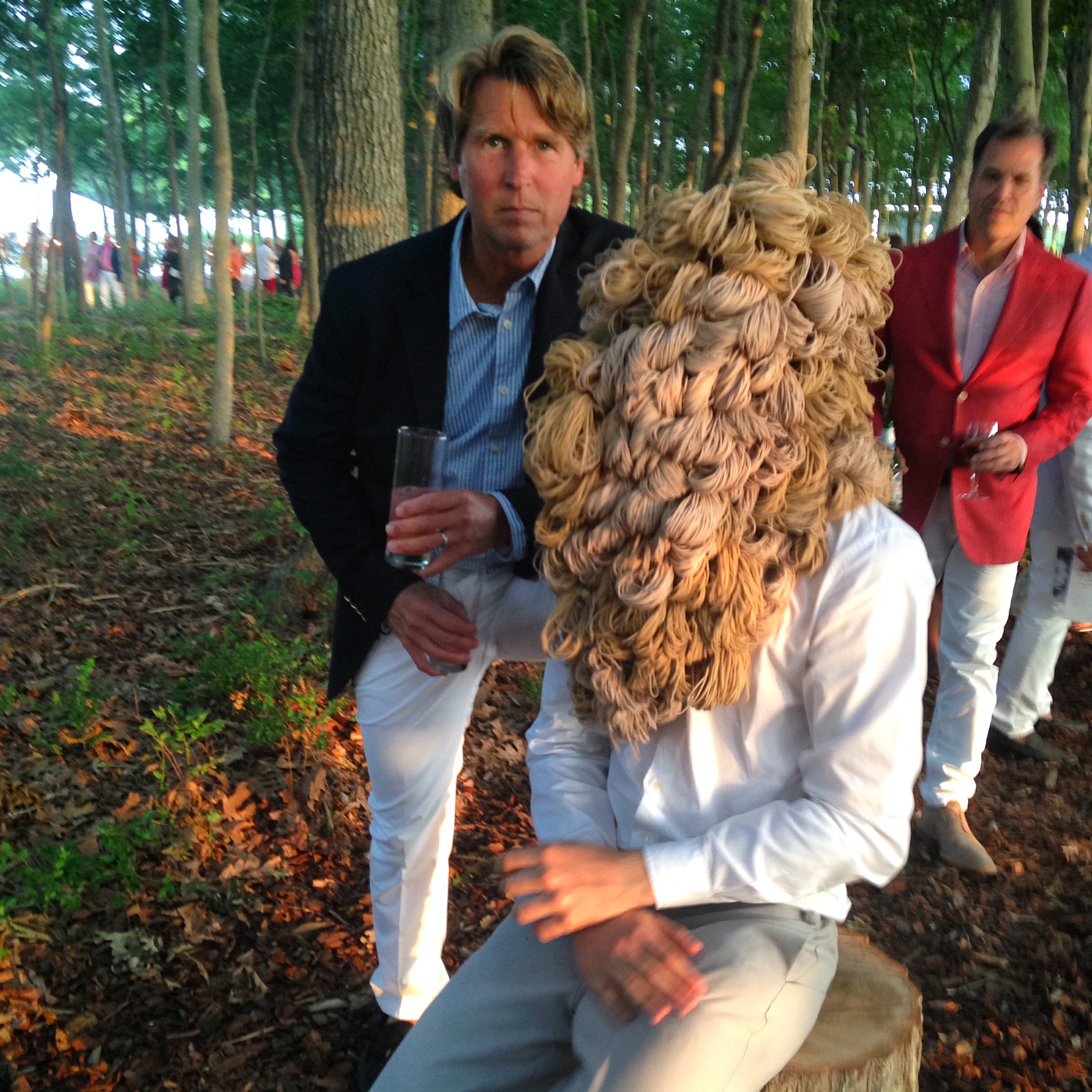