KDHamptons loves discovering fun new Hamptons friends on Instagram, case in point: blogger Madge Allison aka @blondeintheboro, a self-described “single and out to mingle 25-year-old blonde; hustling in Manhattan and chilling in Montauk.”  During the week, Madge works for a men’s fashion label and on her popular blog BlondeintheBoro, but on the weekends you’ll find her working her Montauk magic, while scrolling through Insta, and burning calories on the dancefloor at any given opportunity. Madge shares her Fallin’ Hot & Heavy diary with KDHamptons readers, below. 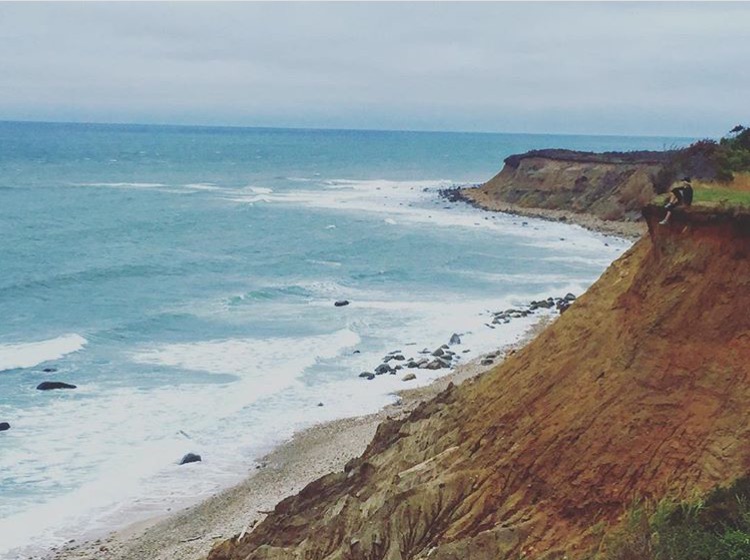 Madge shares: Us Northeasterners have experienced a record-breaking Indian Summer this fall, emphasis on the “summer”.  This heat wave has all the basics panicking as their 15 mins of #PSL fame gets delayed a bit longer and iced coffee makes a comeback.  The remainder of us making up NYC’s buxom population are left wondering how much longer til we put our warm weather wardrobe to rest in a storage unit somewhere uptown. 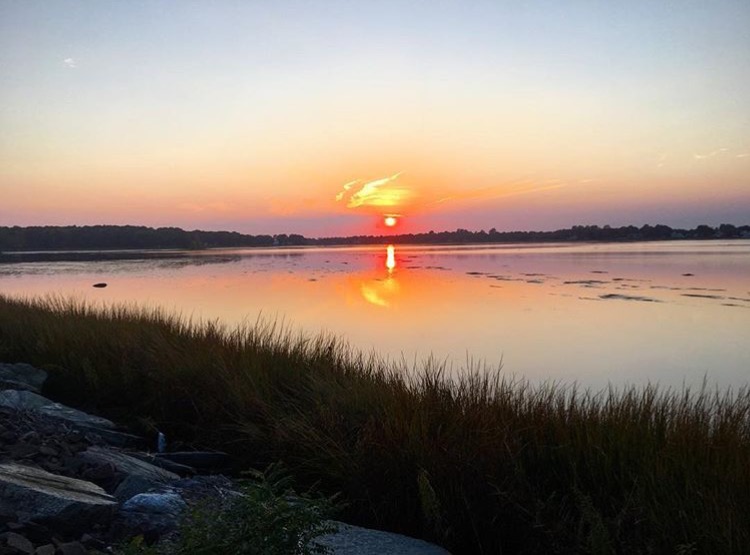 Similar to the sultry temps, the East End is still going strong – bustling with every fall festival known to mankind.  From the Hamptons Film Fest to the Montauk Chowder Festival – there’s plenty to keep one busy; year round inhabitants & road-trippin’ urbanites alike. Apple & pumpkin picking are a given and as Rte. 27 is blossoming with orchards & farm stands – I don’t foresee this as being an unobtainable check off your fall to do list.  Just make sure to save me an apple cider donut or we’re done here. 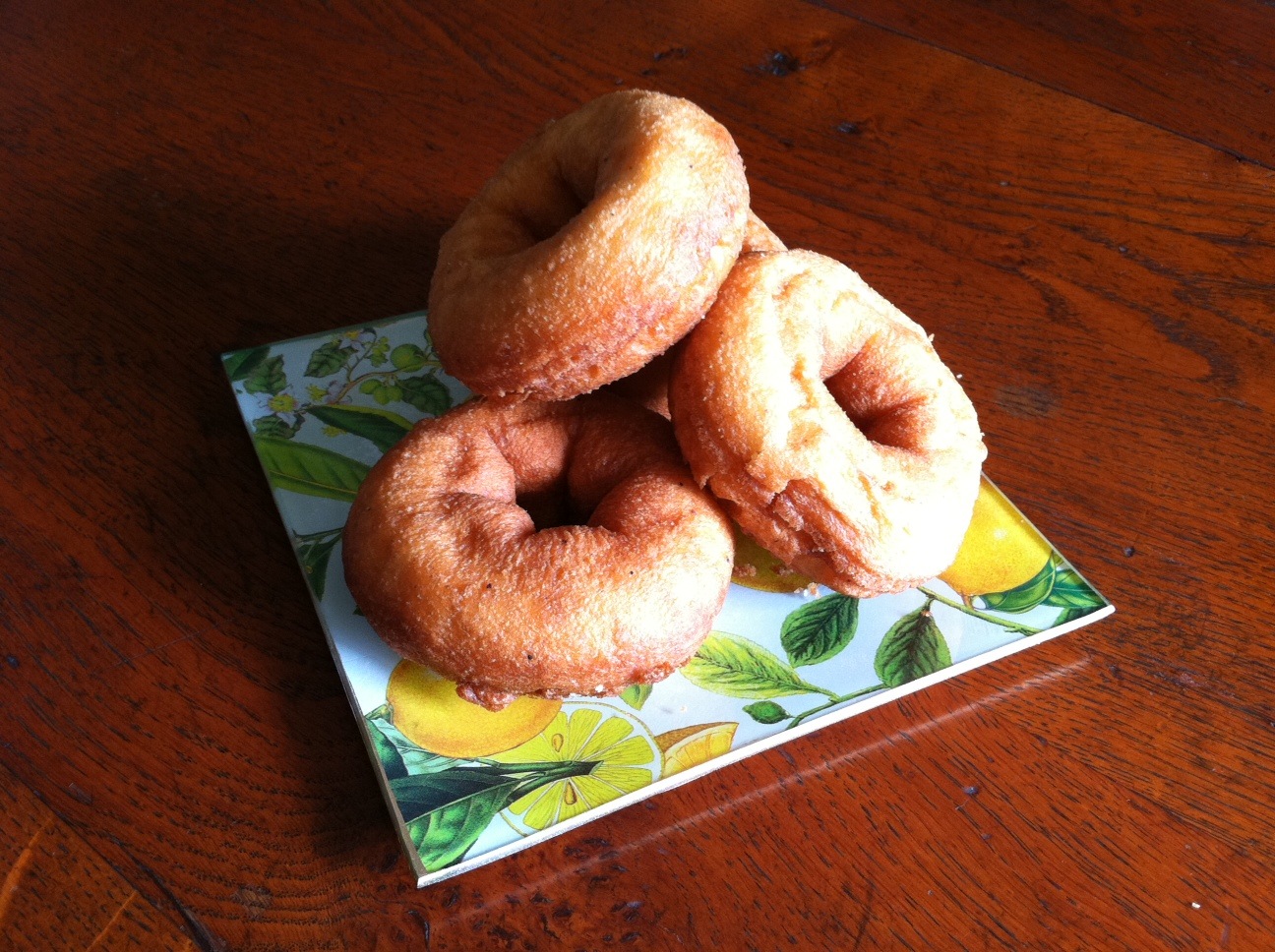 One of the perks of being a blonde in NYC’s garment industry is I get time off for the slew of Jewish Holidays that comprise the October corporate calendar. I wait all year for these 3-day weeks and take full advantage of the long weekends. A few retreats out East, trip home to see the family, and girls trip to Palm Beach – that should just about do it. Could I be fallin’ for fall myself? 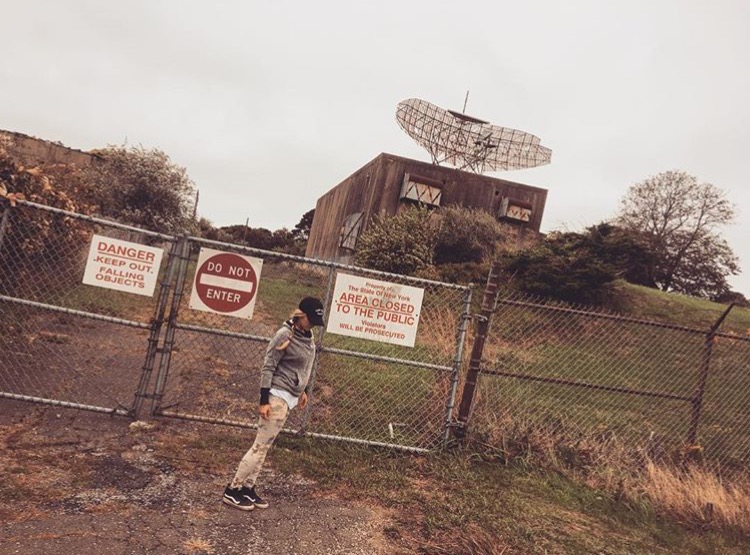 Camp Hero Hike: On my most recent retreat East, I hit pause on Netflix & hit the trails. As you know, or should know, Netflix’s new original series “Stranger Things” has been creating some serious buzz as of late and based on a true story aka “The Montauk Project”. Chill or No Chill – there’s definitely some thrill in here. Hurry up & get your binge on before the second season makes an appearance. Yes Netflix, WE’RE STILL WATCHING. 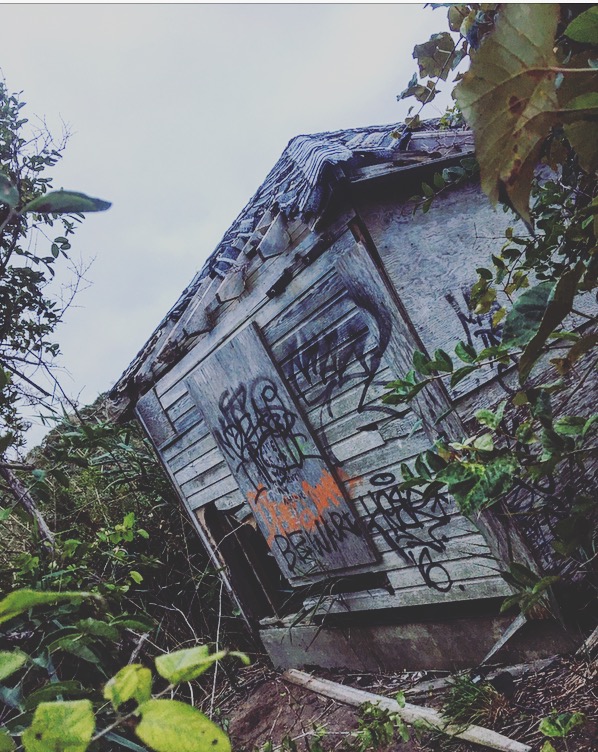 Originally titled “Montauk” by its writers, the show’s location was eventually shifted to the fictional town of Hawkins, Indiana by the streaming service to give it more of a mysterious Stephen King vibe. Regardless of plot location – we know the real story and it’s right in our own backyard. The institution housing these warped governmental experiments & so called “hippie shit” featured on the show supposedly took place at Montauk’s own Camp Hero. Now a state park, the underground lab has been filled in with cement leaving only the above ground satellite behind as evidence to gawk at. So put down the streaming device, put on your big girl pants, & lace up your sneaks – this hike from Montauk Point Light to Camp Hero is pretty epic. I recommend the Battery 112 trail and giving yourself plenty of daylight as this isn’t the ideal place to get stranded after sundown without a battery charging phone case. No luck in finding Will Byers, but I did find his treehouse and the views from bluffs at end of hike are insane. Well worth the risk. 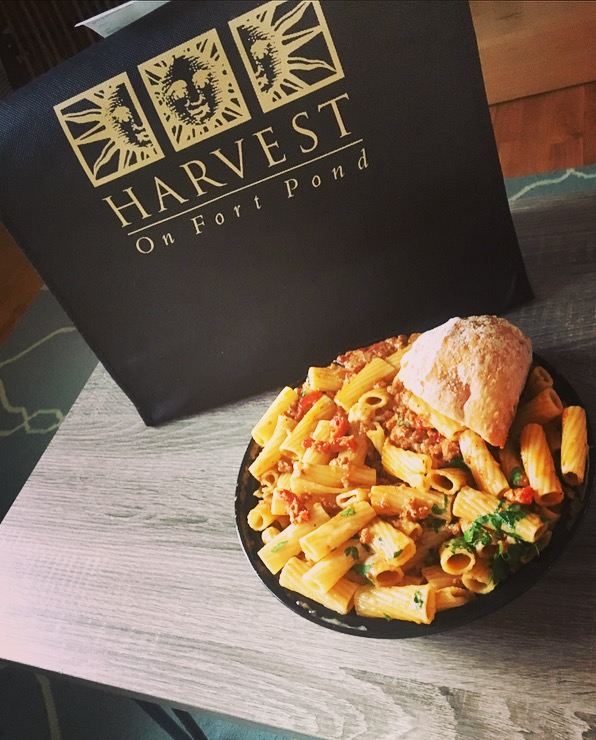 Harvest on Fort Pond: Infamous as one of the sole culinary survivors come winter in Montauk, Harvest is definitely the go to for those with an appetite. Portions are as hearty as they are massive so gather up your favorite epicurean members of the squad and head to this pond side gastro hub. If I’m truly harvesting a cheat day for what it’s worth – then the Bolognese it is. Maybe if you’re lucky they’ll even let you order take out. **Disclaimer: if not blonde & hangry no guarantees they’ll let this fly so proceed with caution. Location: 11 S Emery St, Montauk 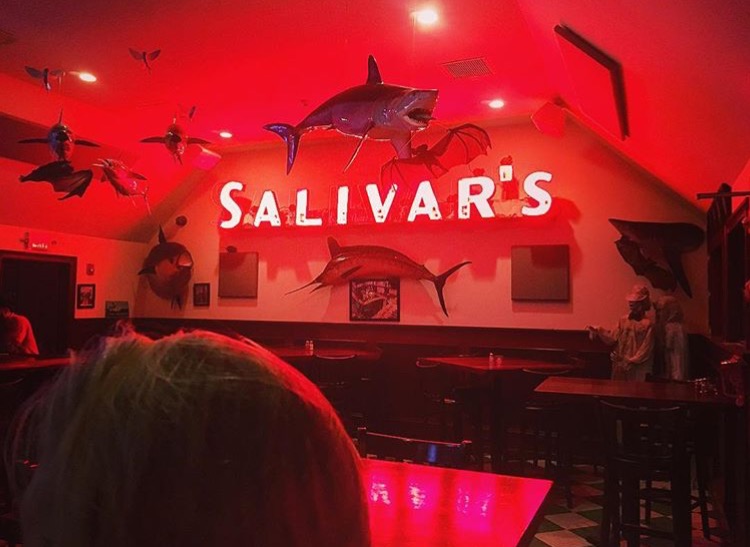 Salivar’s: Do you enjoy watching your soon to be sushi rollin’ in at the docks in front of you as you’re ordering it? I do. It’s quite re(FRESH)ing in an era stocked with fast & frozen eats. Next time you’re out east roll into the Clam and Chowder House at Salivar’s Dock — I usually side with the Shana Roll, but it’s open for discussion. In addition to the wasabi & soy sauce, make sure to pair it with owner Rob Devlin’s poison of choice – Rum Punch in a tall glass. One should do the trick. Rumor has it Salivar’s may be joining Harvest on the roster of year-rounders open in the off season, but TBD. I do know for a fact though that there have been multiple complaints the restaurant’s Halloween decorations are too spooky. You’re scaring the kids Robbie – sounds like ya nailed it. Check out their Halloween Party on 10/29 if you have it in you. Location: 470 W Lake Dr, Montauk 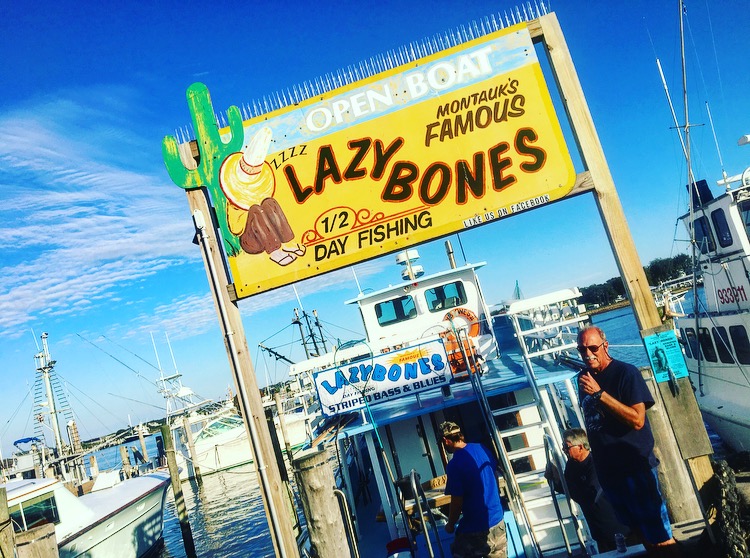 Lazybones Fishing Charter: One moment I’m grabbing a bite at Salivar’s; the next I find myself signed up for the following day’s fishing charting on the good ole Lazybones. Behind the helm is Capt. Mike – steering groups away from the coast & towards the good stuff. No blues or bass were biting the afternoon I ventured out unfortunately, but there were plenty of beers & good vibes to go around. I blame my blonde fishing partner who decided to bring along a banana as a snack – did you know they’re bad luck on boats? Yeah well it’s an ancient fishing superstition that still holds up today. She’s lucky Mike didn’t make her walk the plank. 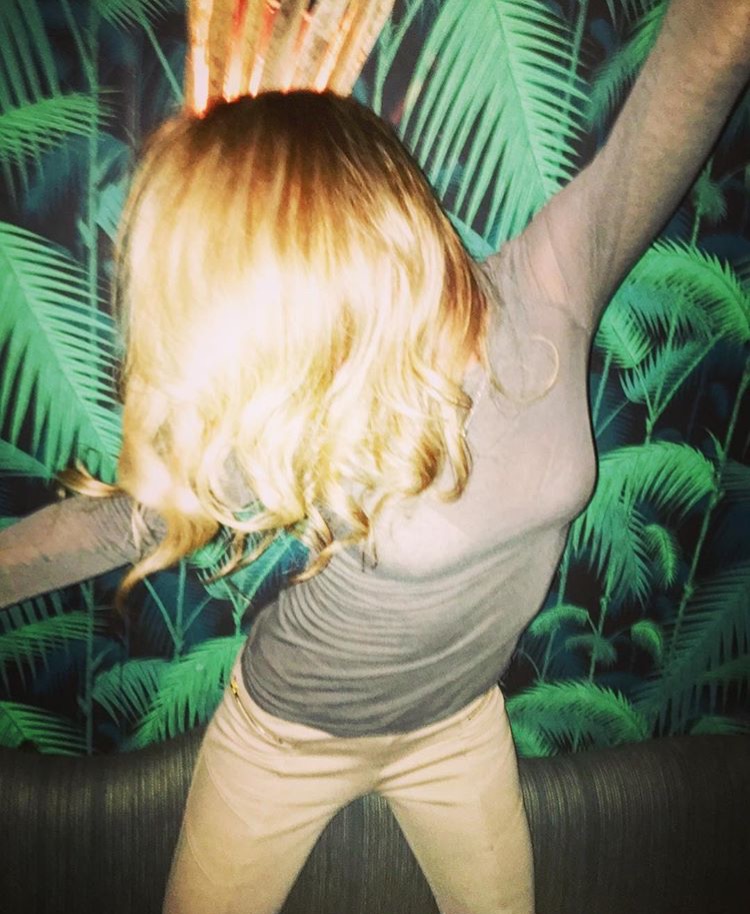 Norman’s Cay:  If you’re in the city but missing the Hamptons, head over to Norman’s Cay, the sister bar owned by the same guys behind The Grey Lady in Montauk, has some serious Caribbean feels goin’ on.  Palm tree wallpaper, unlimited supply of Red Stripe by the bottle, and authentic island cuisine makes this my new favorite winter post up. Who knew all I had to do was head over to the LES for a tropical getaway. When not drinking my usual vodka soda, I find their homemade batches of spiced rum sangria hard to resist. If ya skipped dinner do not fear mon – old school Jamaican, Chef Victor, will whip ya up something real nice. I dig the jerk salmon over salad with papaya dressing. It’s got “don’t worry; be happy” written all over it. Location: 74 Orchard Street.

ON THE BOOKS: Yes, I’m getting back into the groove of the Wild West that is Manhattan – but did you think that meant I would be staying put? Next stop The Breakers in Palm Beach, FL.
The autumn agenda is filling up quickly.

Until Next Time,
Blonde in the Boro 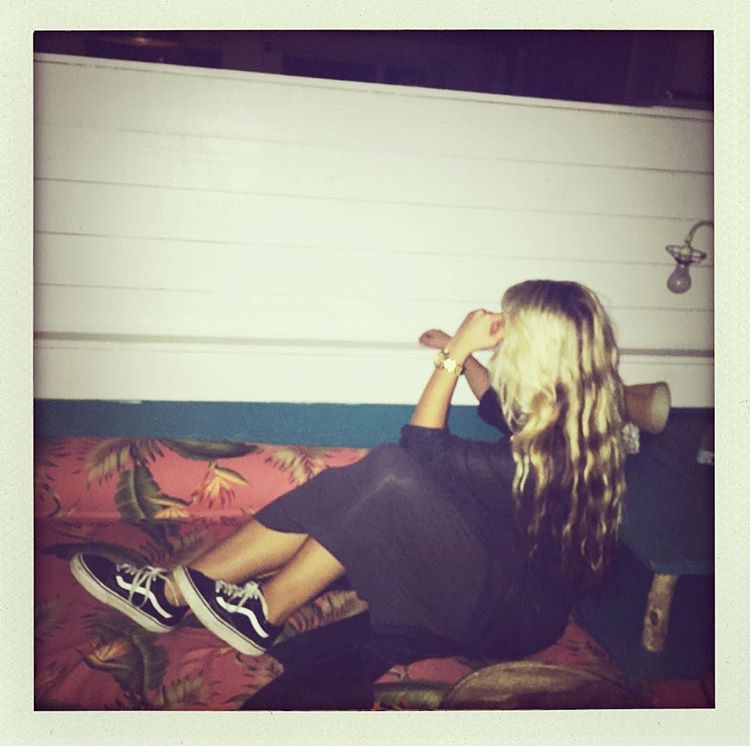