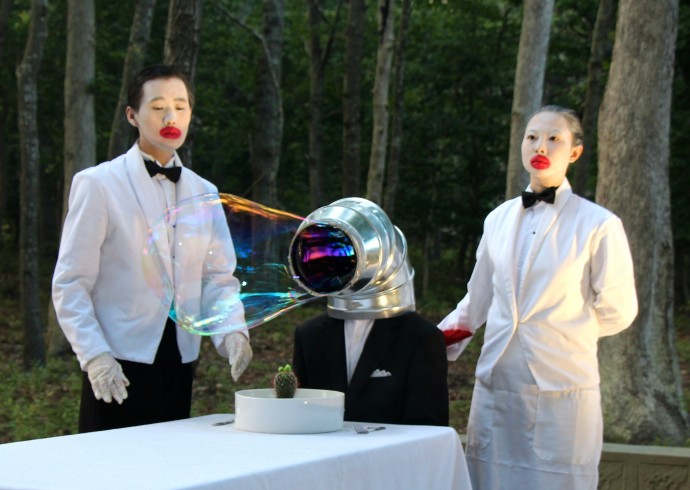 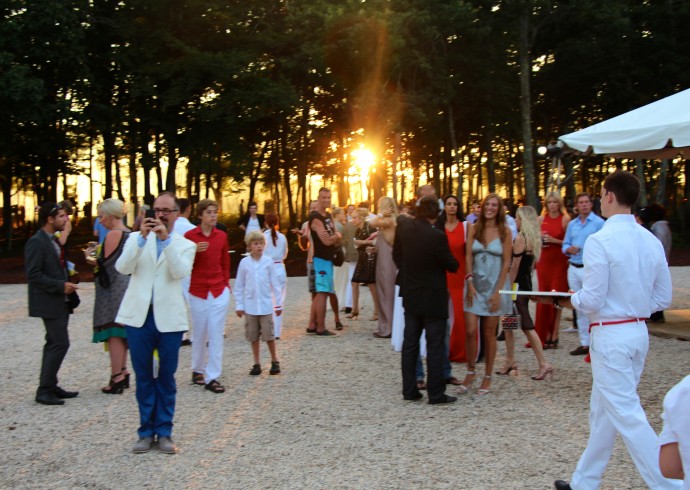 The Watermill Center describes itself as “a laboratory for performance founded by Robert Wilson as a unique environment for young and emerging artists from around the world to explore new ideas. Watermill draws inspiration from all the arts and cultures as well as from social, human and natural sciences.”

KDH witnessed varying opinions on some of the performances. Some walked away from the event in amazement, sharing that “these were the best performances in years, others questioned, “Is this really art?” Personally, I think that the Watermill Center and Robert Wilson like to challenge that question, and the result is always an undeniably, unforgettable experience, set against one of the most magical lush backdrops in the Hamptons.

Guests for cocktails (over 1,200) were greeted by an installation of naked performers covered in body paint created by summer program participant, Trina Merry. The installation was titled Magnolias and was generously supported by NET-A-PORTER.  On the north platform, summer program participant Evangelia Rantou performed in a work titled Solo With Chairs From Medea (2) directed by Dimitris Papaioannou.

All of these works were produced by over 100 artists and participants from over 2 dozen nations on site in the weeks leading up to the benefit and some will be on view again for the community on Sunday, August 11 from 3-6 pm for Watermill’s annual Discover Watermill day which is free and open to the public. 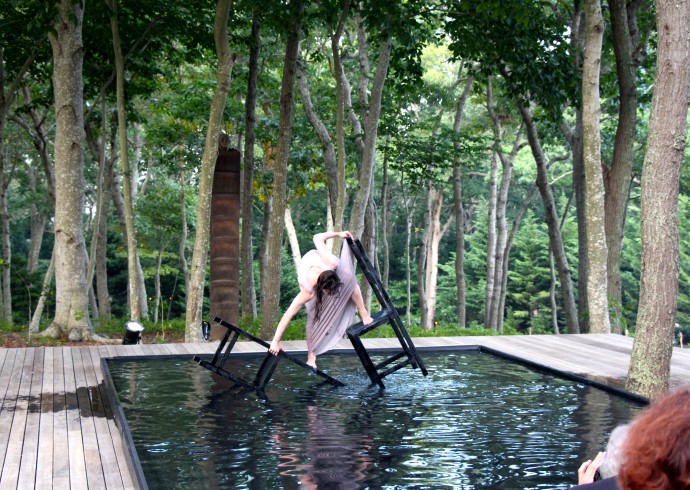 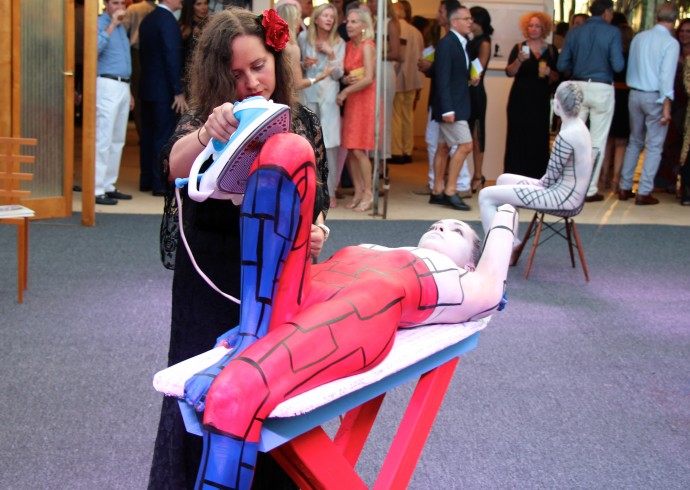 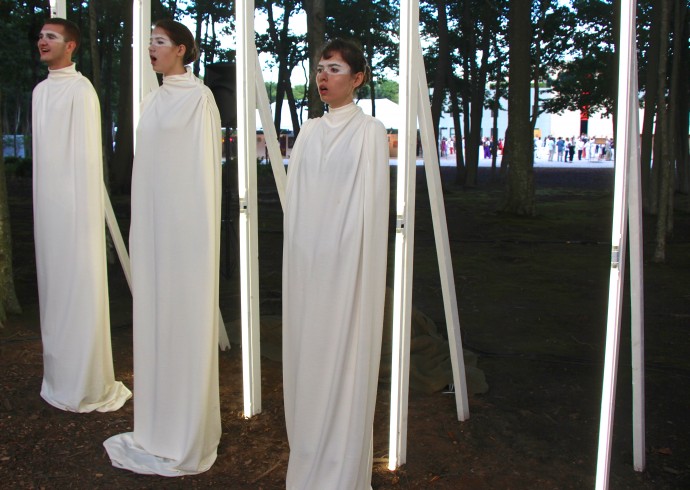 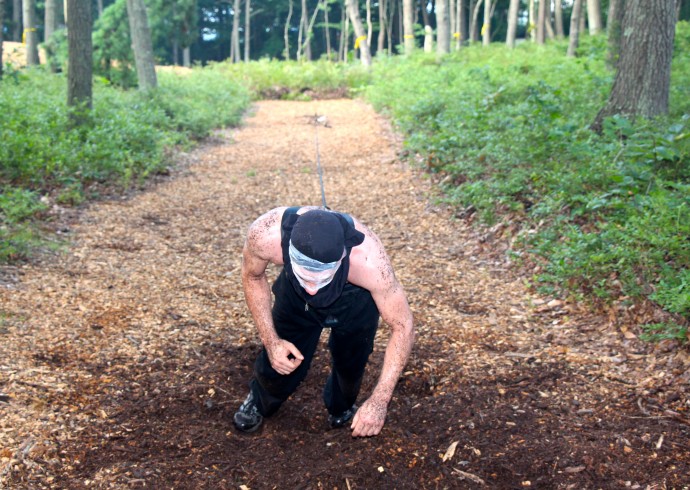 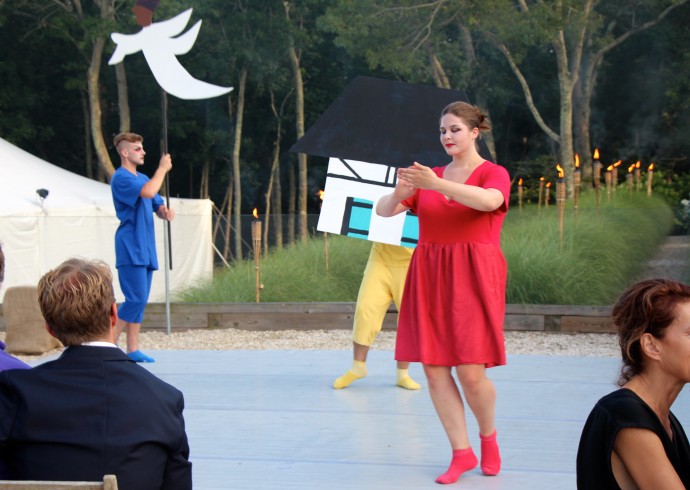 Highlights of the live auction included Lady Gaga winning Marina Abramović and Dieter Meier’s pieces.  Winona Ryder spoke about her experience working with Robert Wilson on her video portrait which led to Diane von Fürstenberg (not in attendance), Maren Otto, and Martin Brand each winning commissioned video portraits by Robert Wilson.  Other highlights included a work by Luc Tuymans, a photograph by Tseng Kwong Chi of Jean-Michel Basquiat and Andy Warhol, and a rocking chair designed by Robert Wilson for his production of Zinnias based on the life of Clementine Hunter. 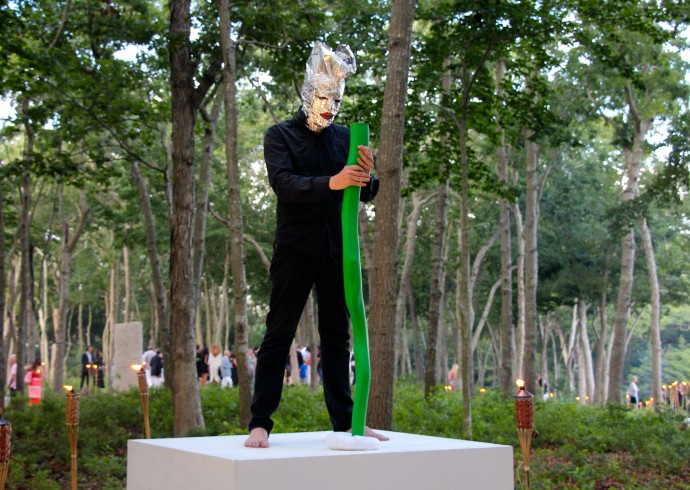 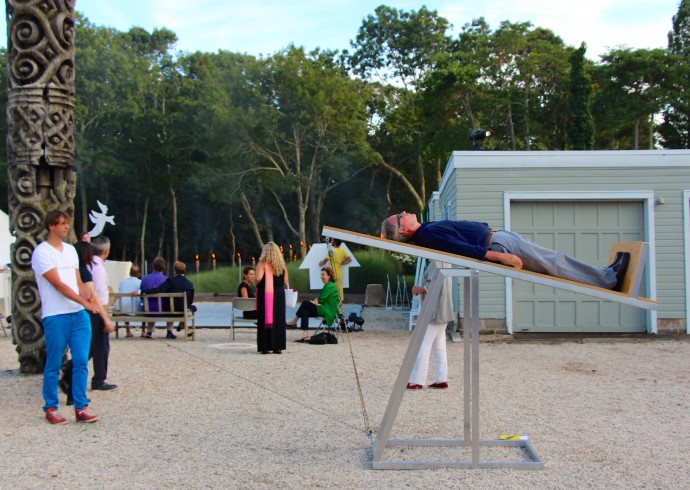 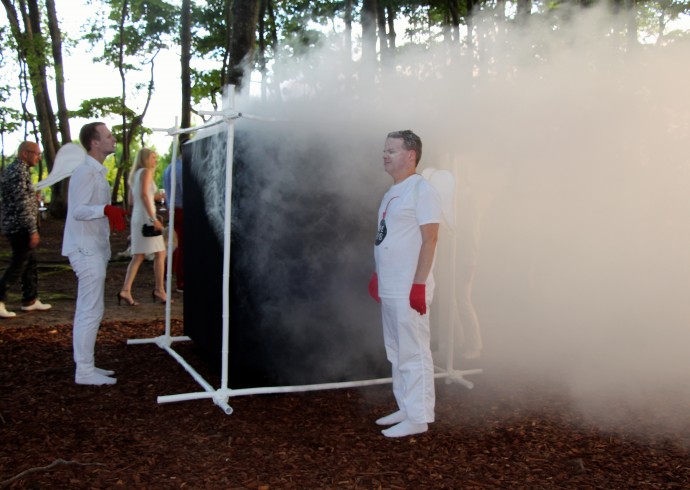 ABOUT THE WATERMILL CENTER:

Watermill is a global community of artists. Living and working together among the extensive collection of art and artifacts lies at the heart of the Watermill experience. Watermill is a haven for the next generations of artists, supporting their work among a network of international institutions and venues that embrace new interdisciplinary approaches.

**All photos in this feature by Kelli Delaney Kot for KDHamptons, except Lady Gaga & Winona Ryder images by BFANYC