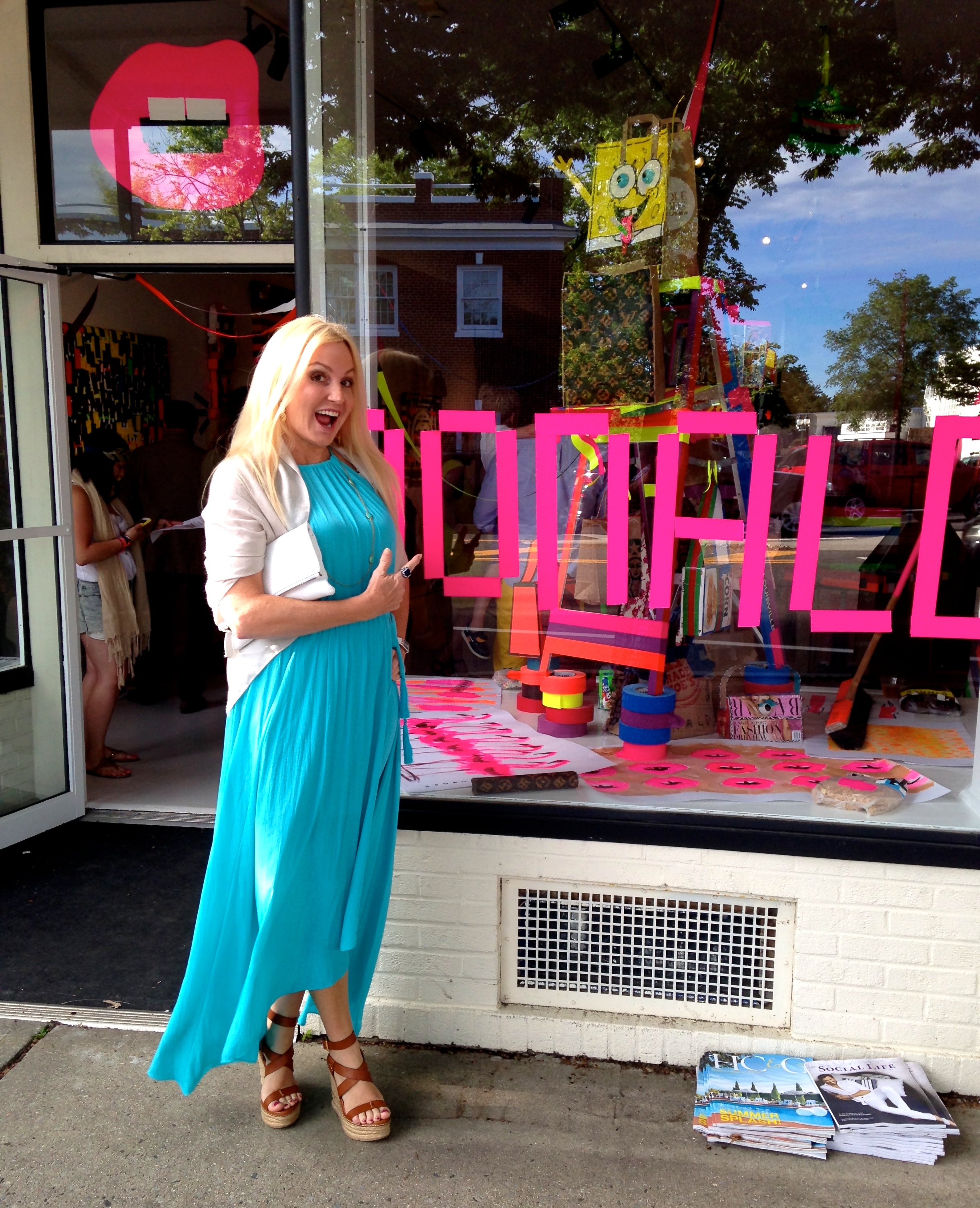 The hottest new gallery exhibition to hit the Hamptons this summer opened on Saturday, June 21st at the Eric Firestone Gallery in East Hampton. The opening of #highfunctioningADD, the first US solo gallery exhibition of the artist Donald “Drawbertson” Robertson, was co-hosted by haute Hamptonite, designer Lisa Perry and designer [Mrs. Donald Robertson] Kim Gieske. The exhibition features my old friend Donald Robertson’s fabulously scattered internal mood board and non-stop flow of paintings, collages, sculptures and #impossiblecollaborations as he calls them. Robertson maintains nonstop motion by producing artworks of the moment. His family and his interactions with social media stars are his inspiration. Both open his eyes to new worlds. Five children and his designer wife constantly engage his imagination, and with the terrific turnout on his opening night East Hampton, it looks like Donald “Drawbertson” is well on his way to becoming internationally superstar. Check out his NEW KDHamptons Party Diary below: 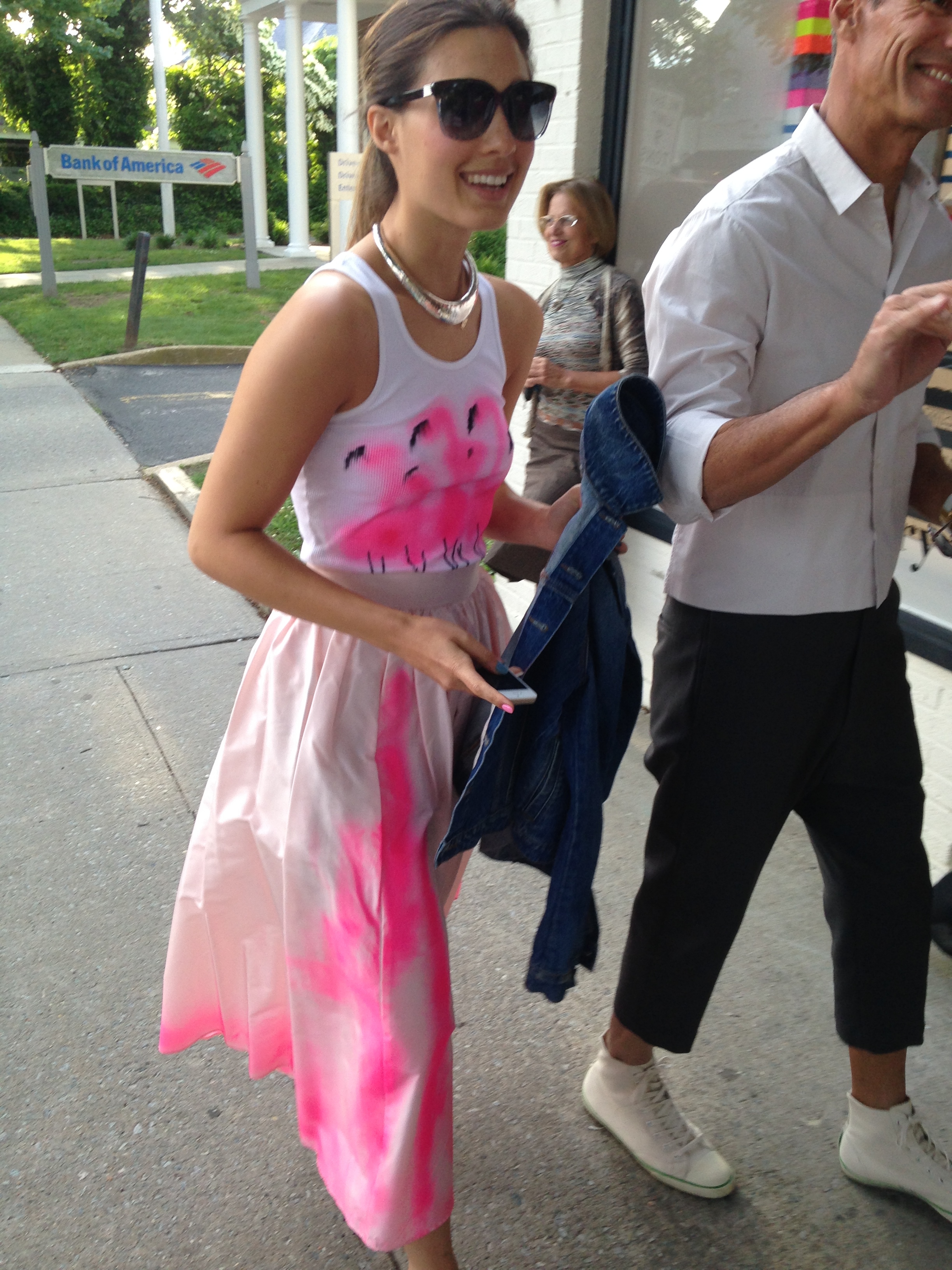 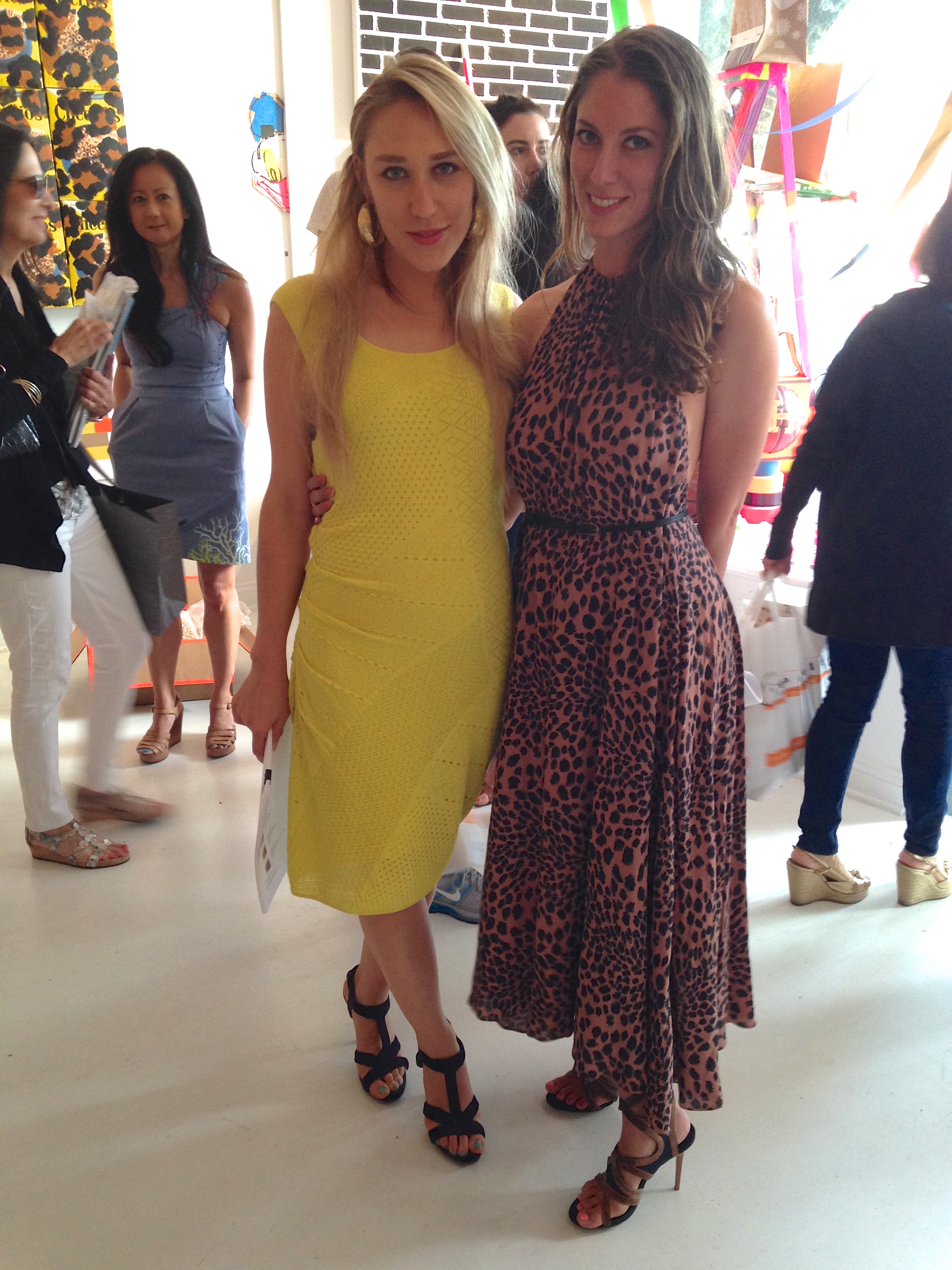 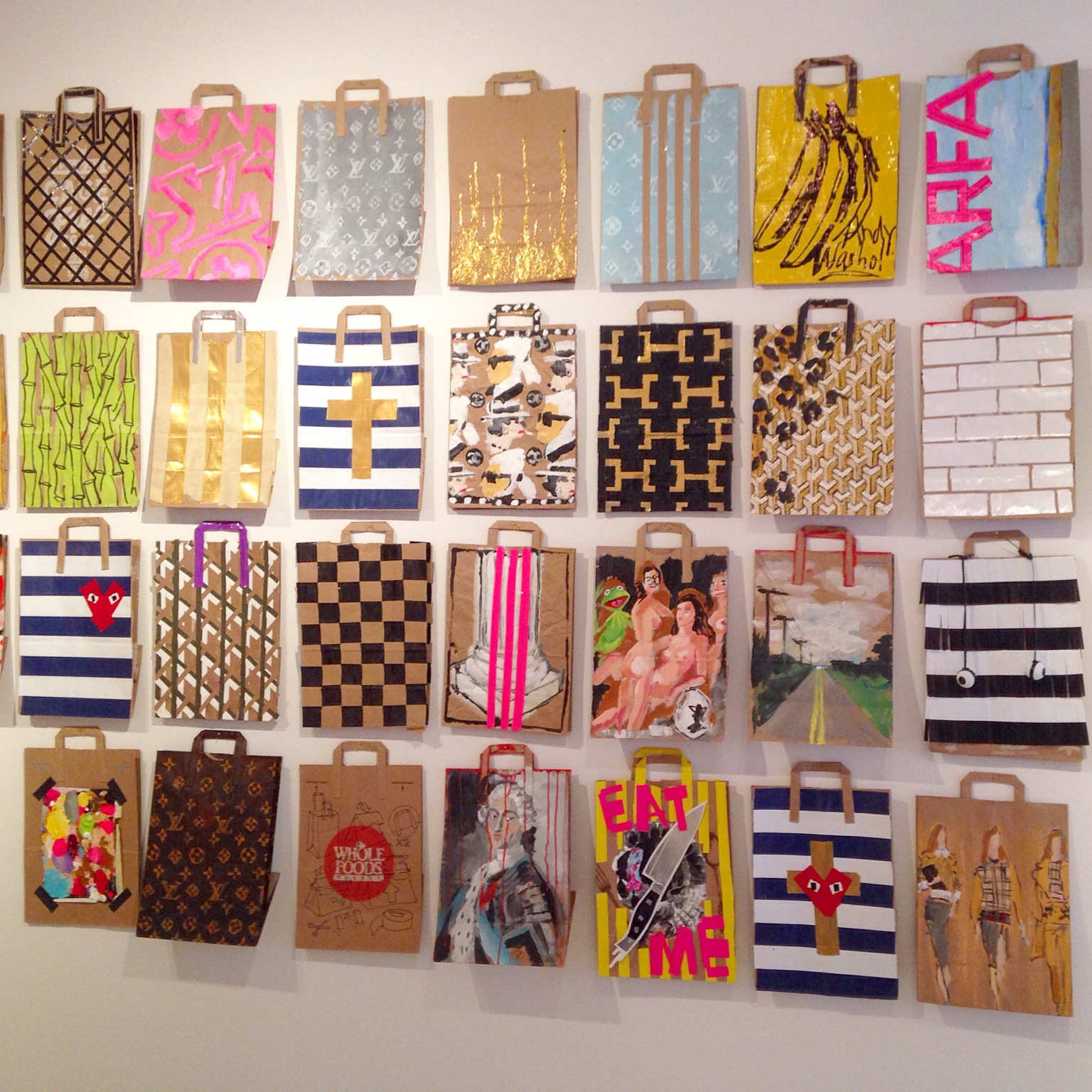 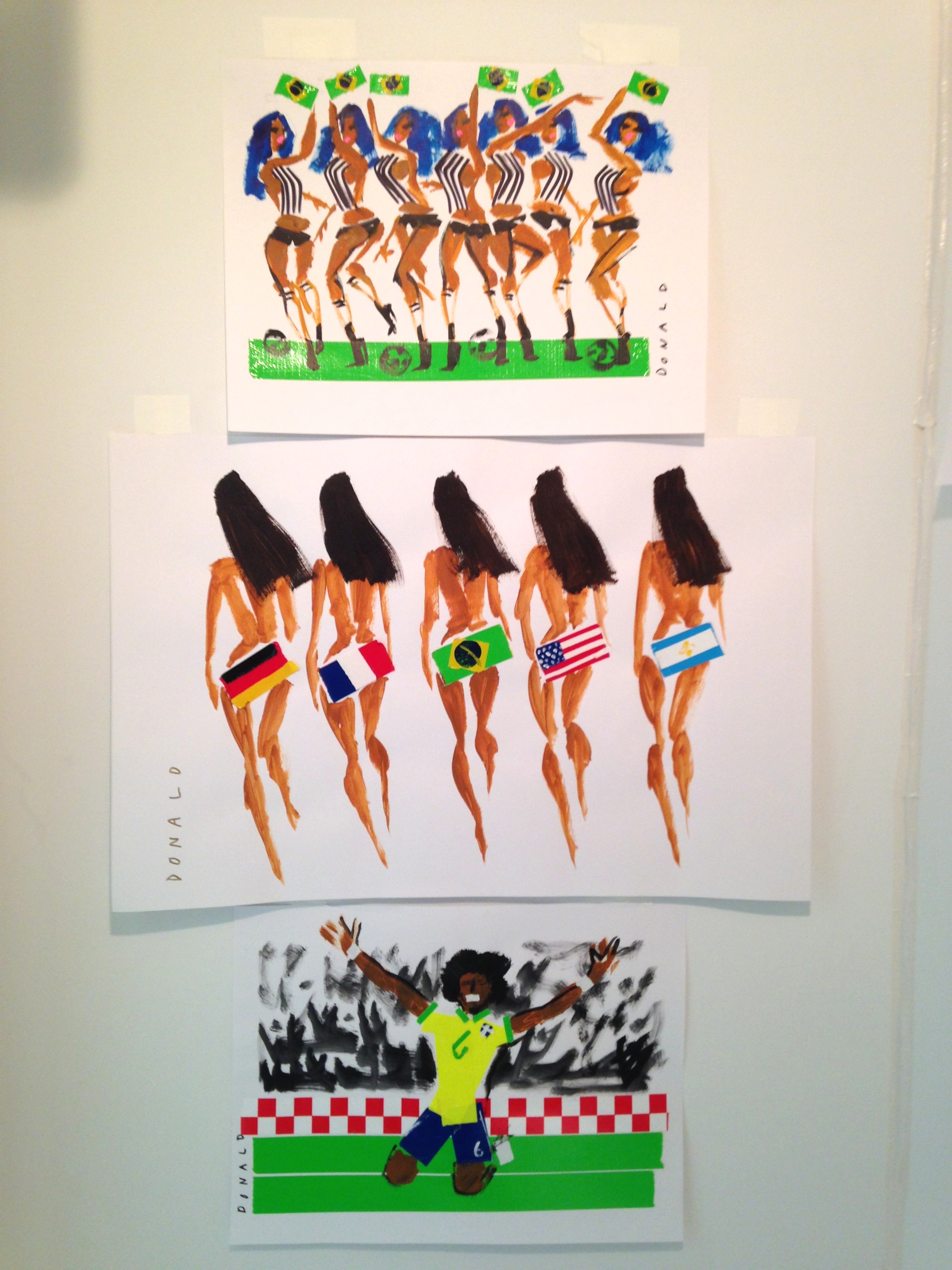 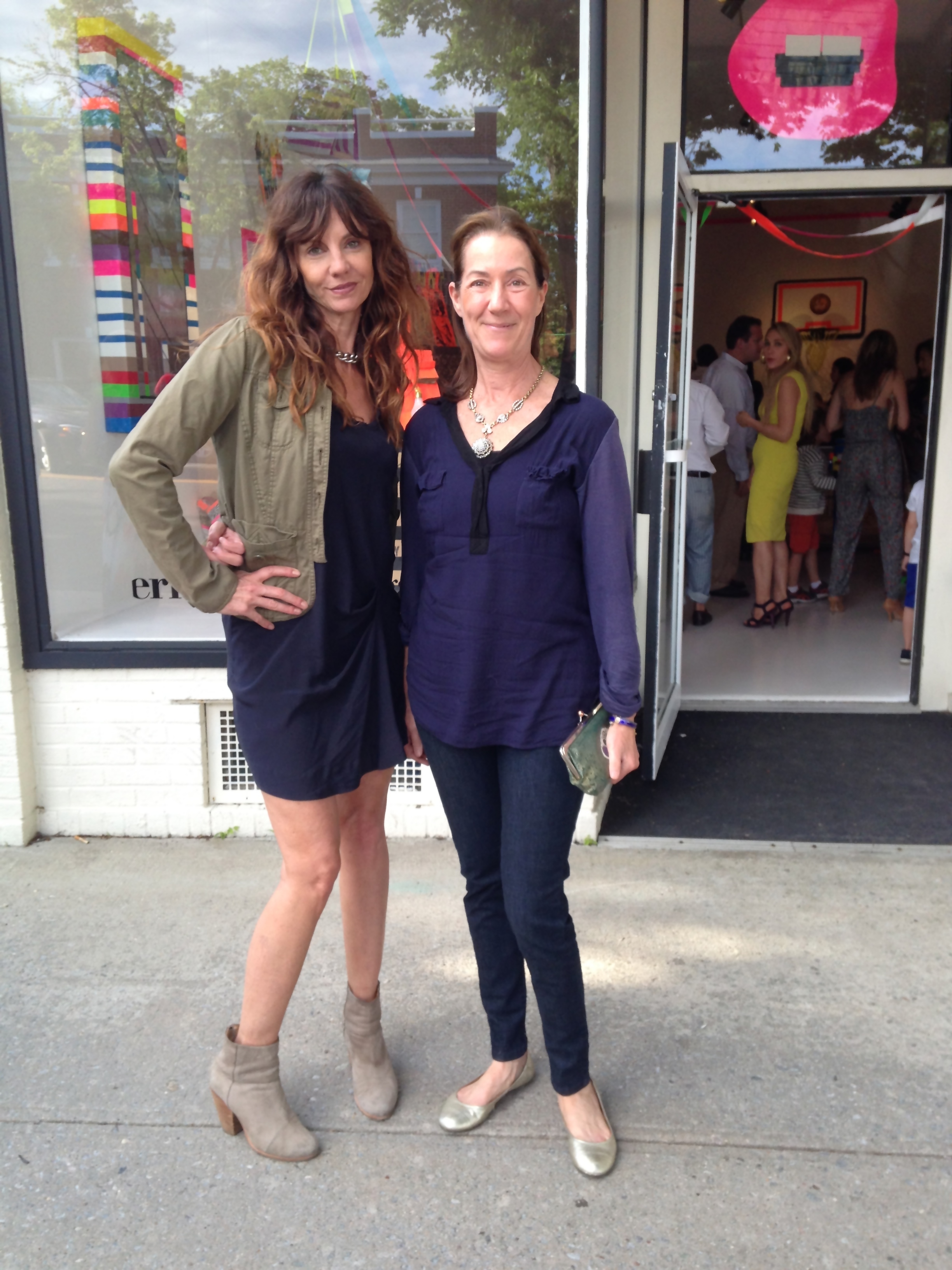 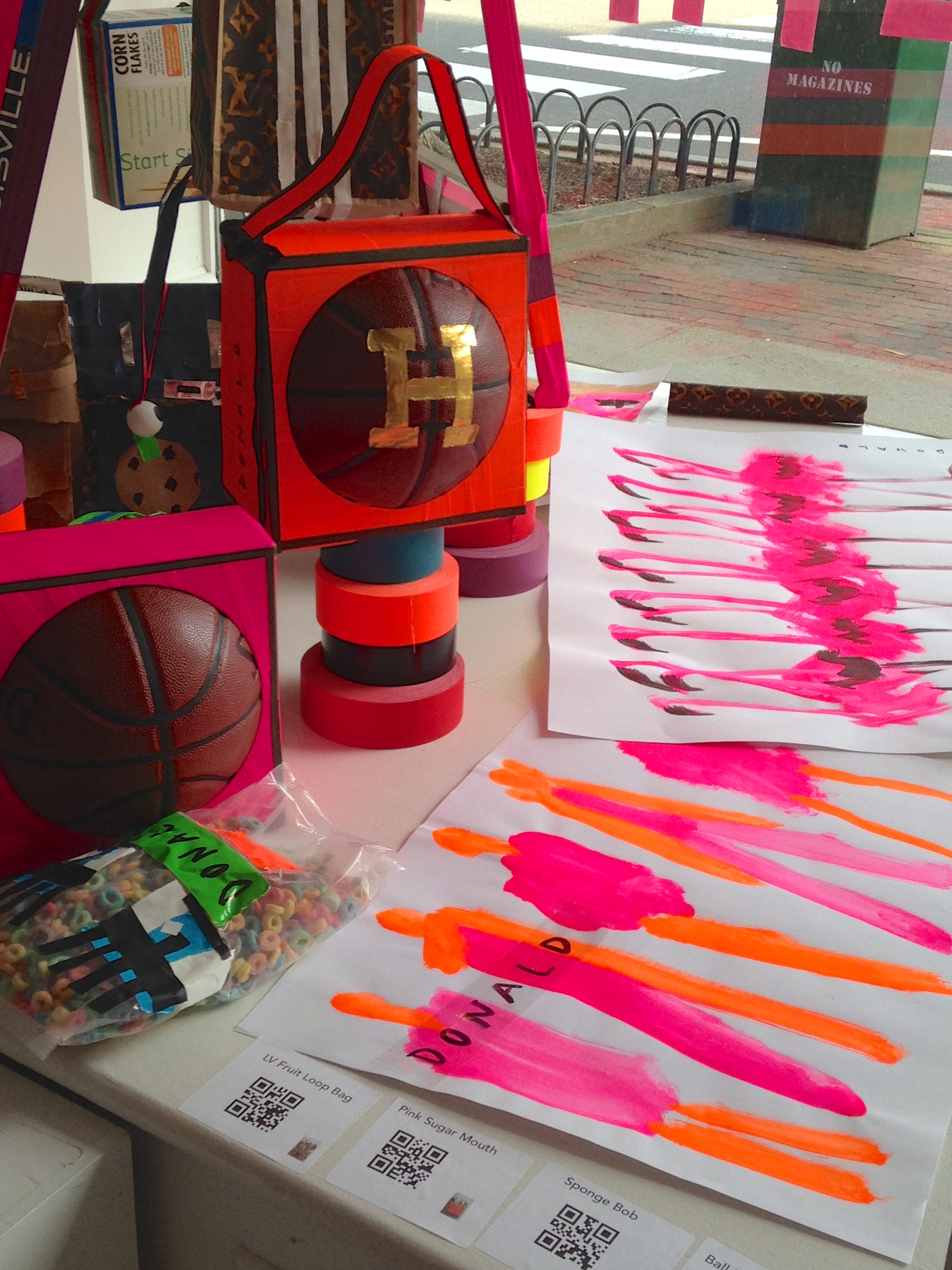 Robertson’s artwork displays immense and artistic energy developed by devoting his whole career to the creative industry and recently rejoining Estée Lauder, exclusively working with Bobbi Brown and Aerin Lauder. You may have first heard about him for being one of the three founders of MAC Cosmetics, originally based in Toronto, Canada, where he helped launch VivaGlam and raised $260 million globally for the fight against AIDS. 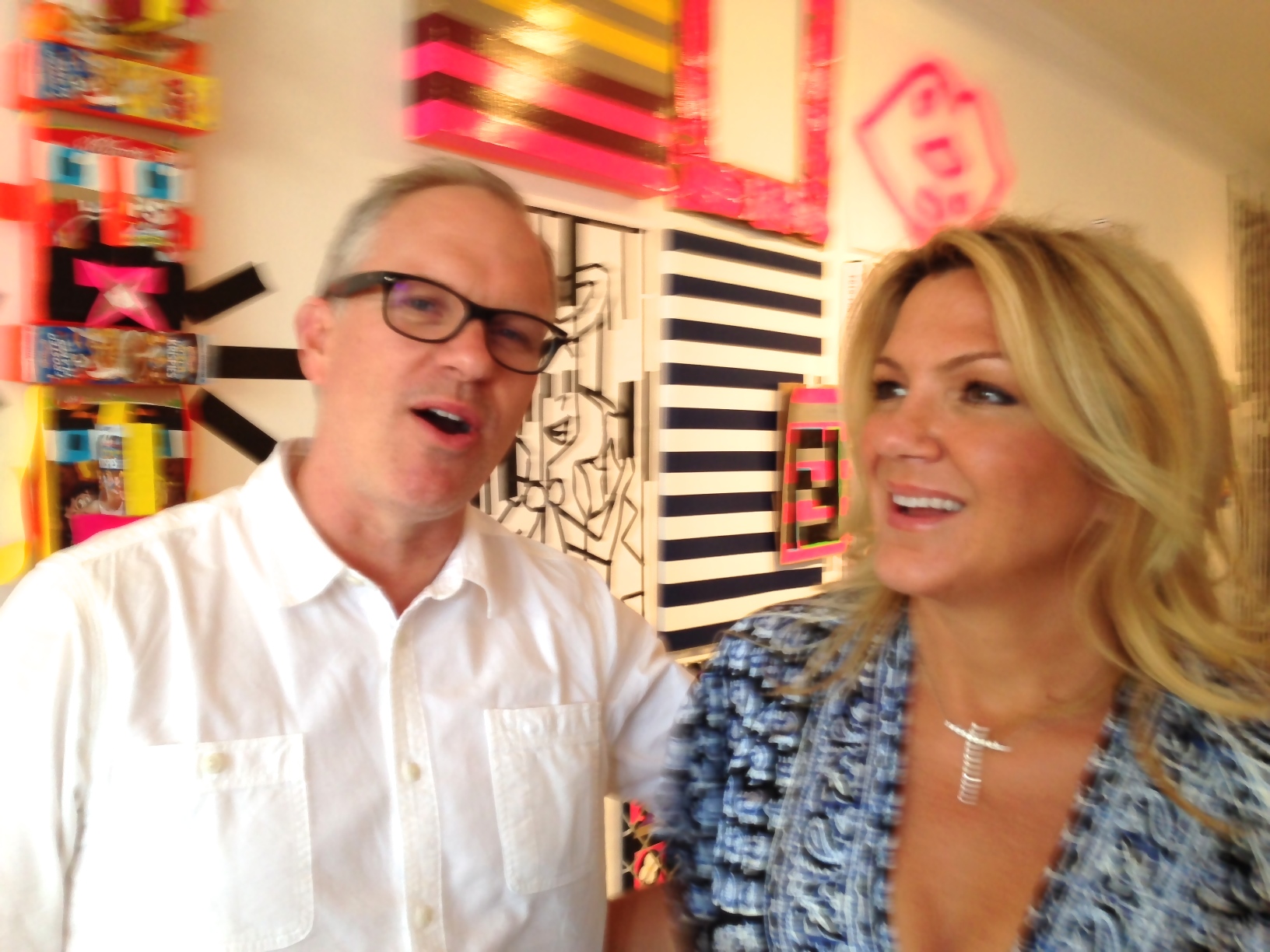 Next trading in beauty for fashion, Robertson launched American Marie Claire before redesigning American Glamour, where KDH actually worked with him for three years as a fashion editor. Donald’s unstoppable creativity, positive energy, and authentic kindness draws people to follow his work from around the world. KDH was flattered to see a painting Donald made of me called “Kelli Delaney Walks the Dog” hanging in the Firestone show [below]. 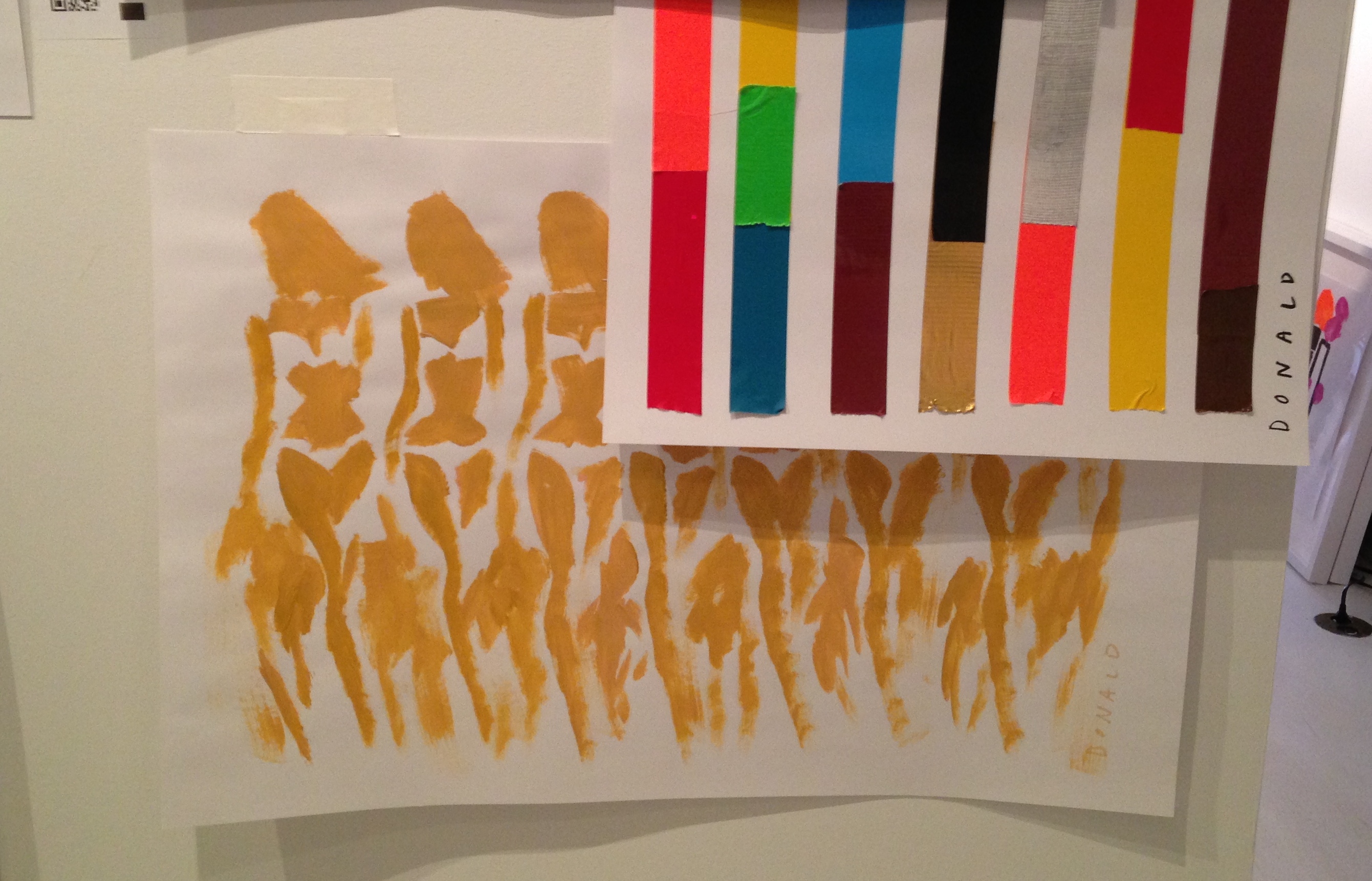 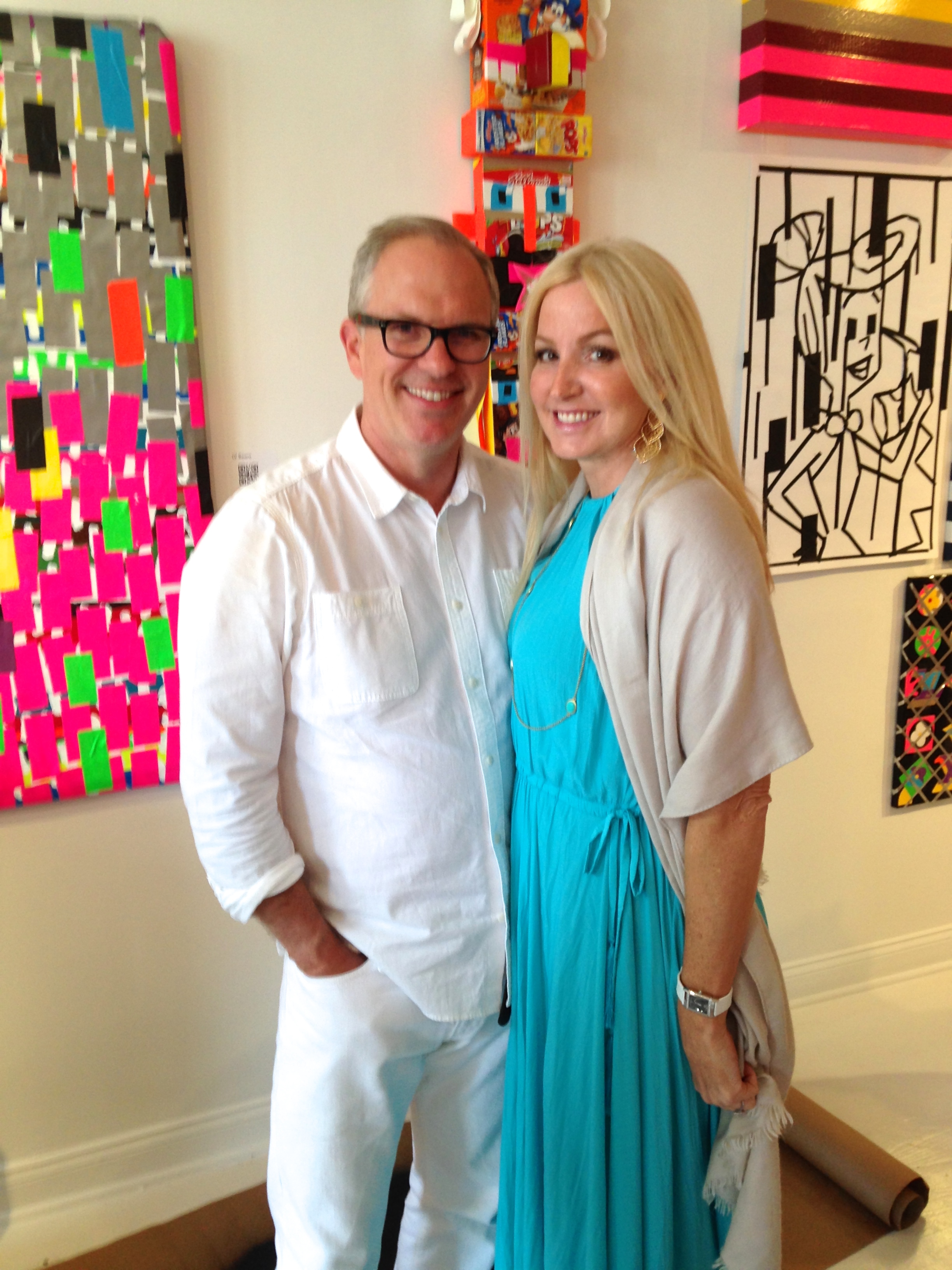 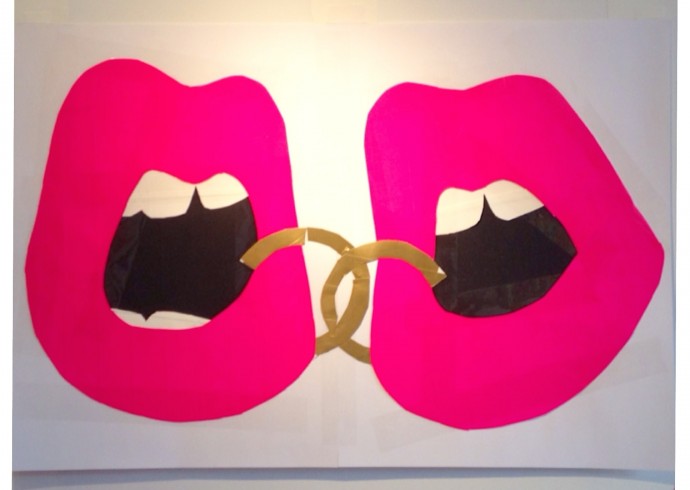 Robertson’s right hand, Lily Saltzburg [pictured below], shares, “So many pieces are selling. The first piece we sold was the  Louis Vuitton ET piece, which was sold before it even got to the gallery!  Donald is having so much fun, he is back this week live-painting the World Cup from the gallery.” The show has been extended to July 2nd due to popular demand. 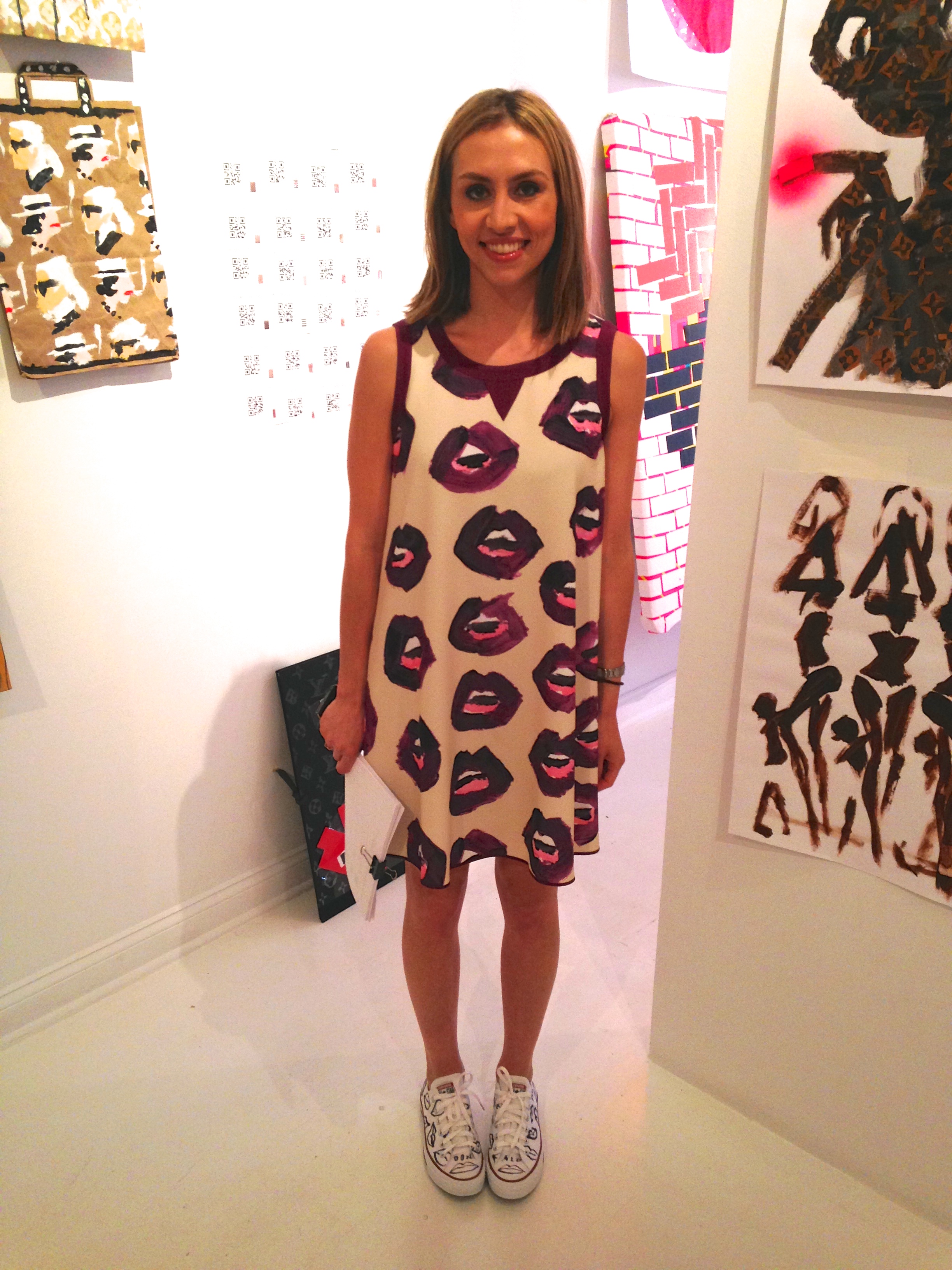 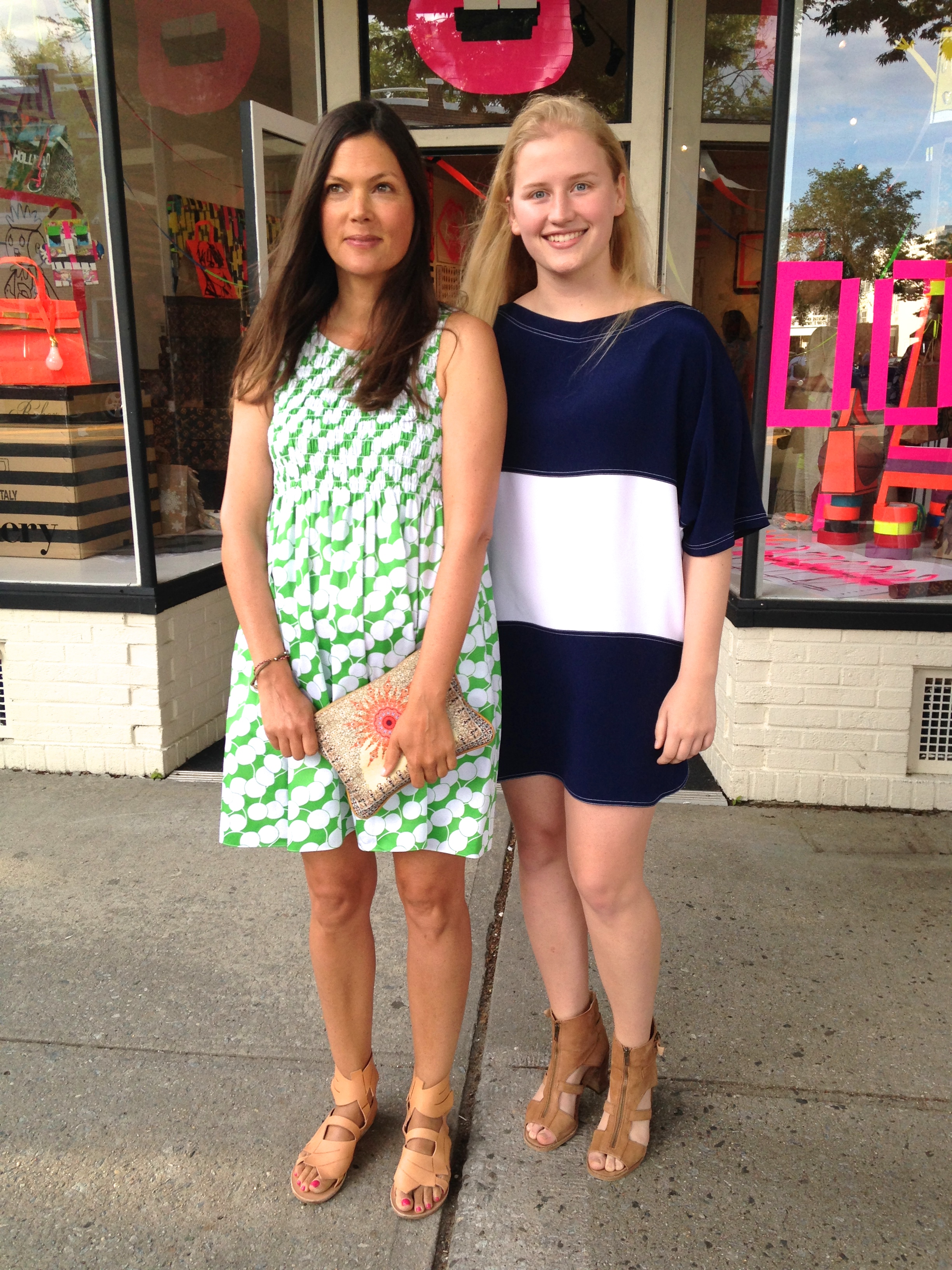 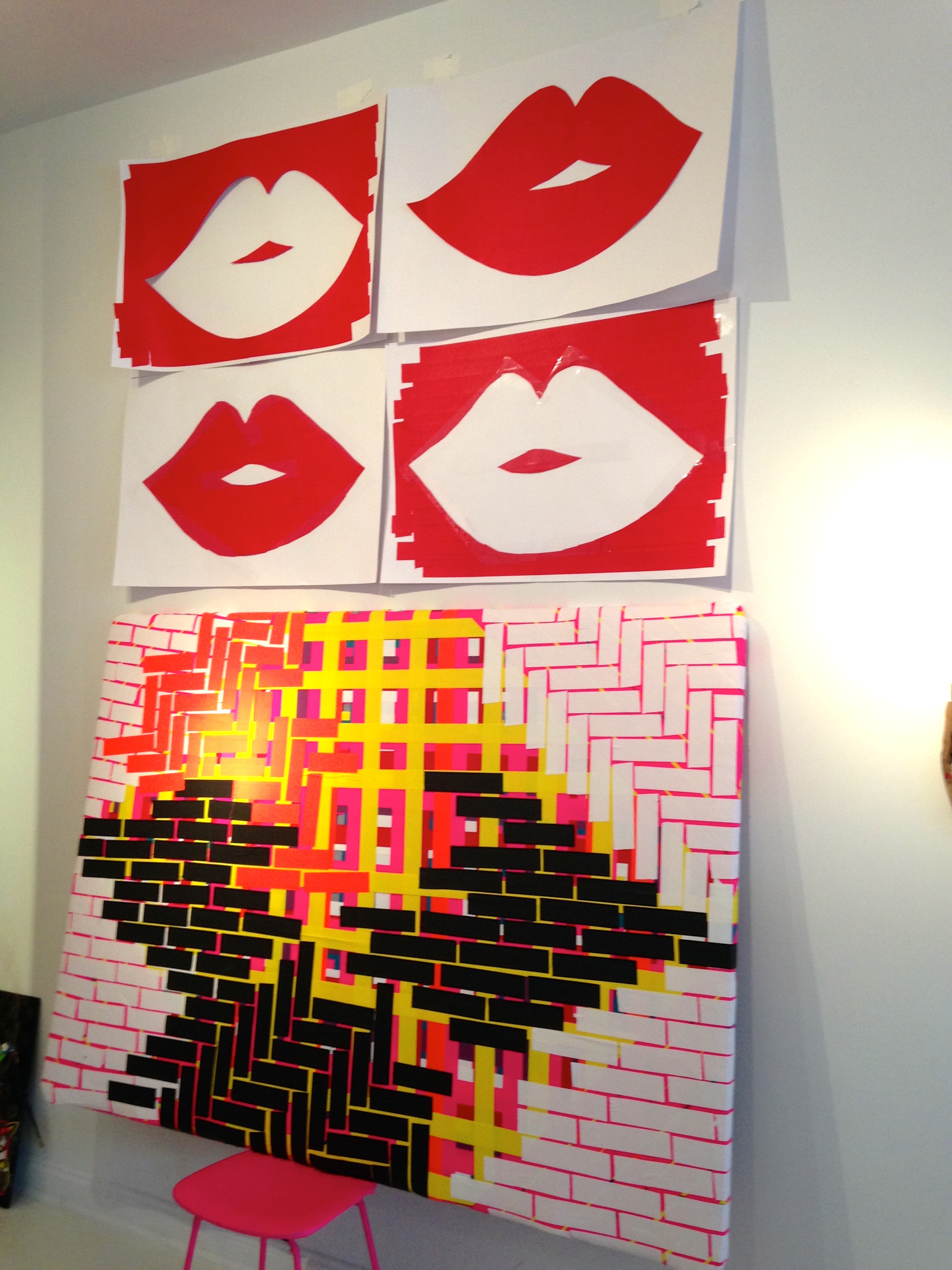 As Robertson’s Instagram—the same outlet that inspires him—grows into an online phenomenon, Robertson has been nominated by the CFDA (council of fashion designers of America) Fashion Awards as “Instagrammer of the year.” Press has been extremely engaged, and recent quotes include:

* “to put it simple, Donald Robertson’s artwork’s are sheer eye candy, and just fun because he can draw, tape paint or doodle on practically anything!” VANITY FAIR.com

* “Robertson is similar to Andy Warhol in that he takes something iconic and turns it on its head” STYLE.com 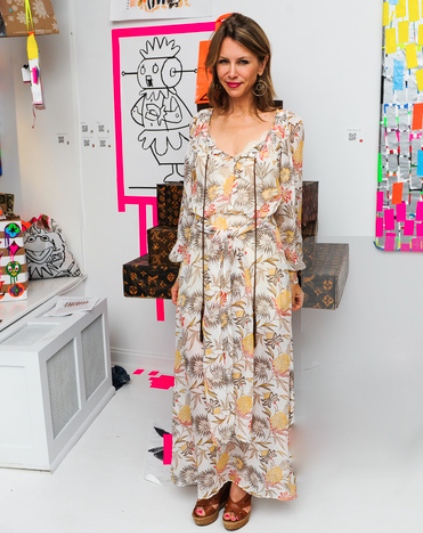 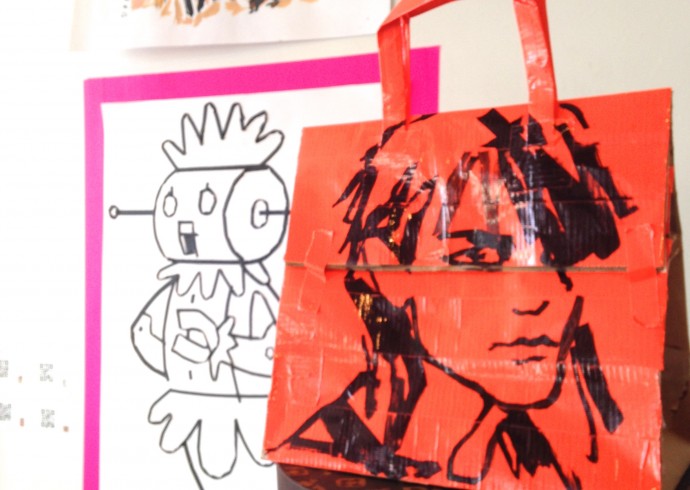 ** Also, here’s the link to buy Donald’s work on trendabl is here [either on app or on desktop]: https://trendabl.com/ericfirestonegallery 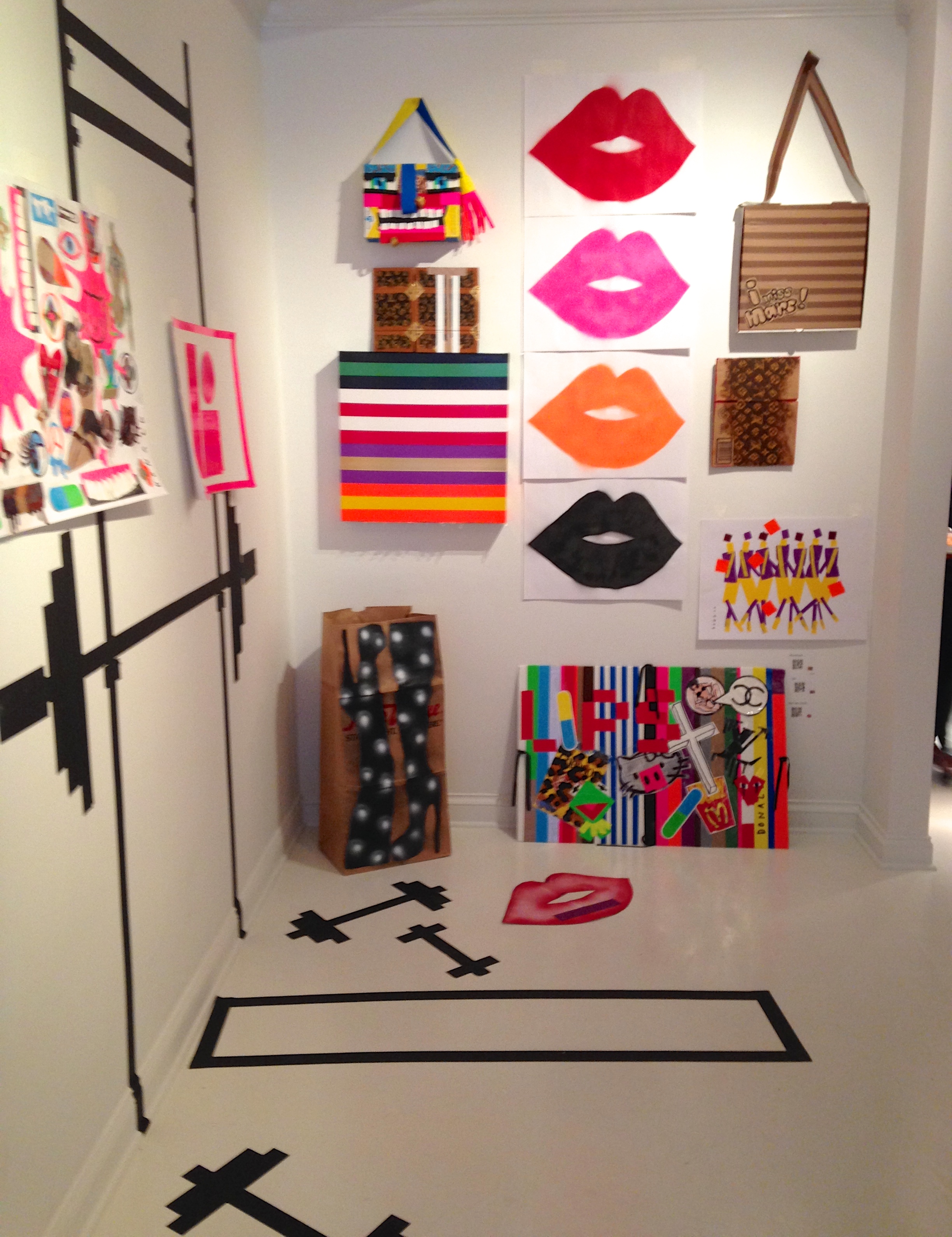 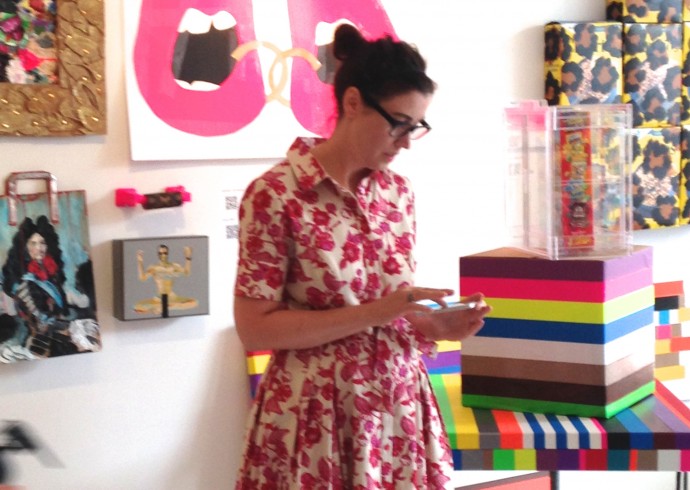 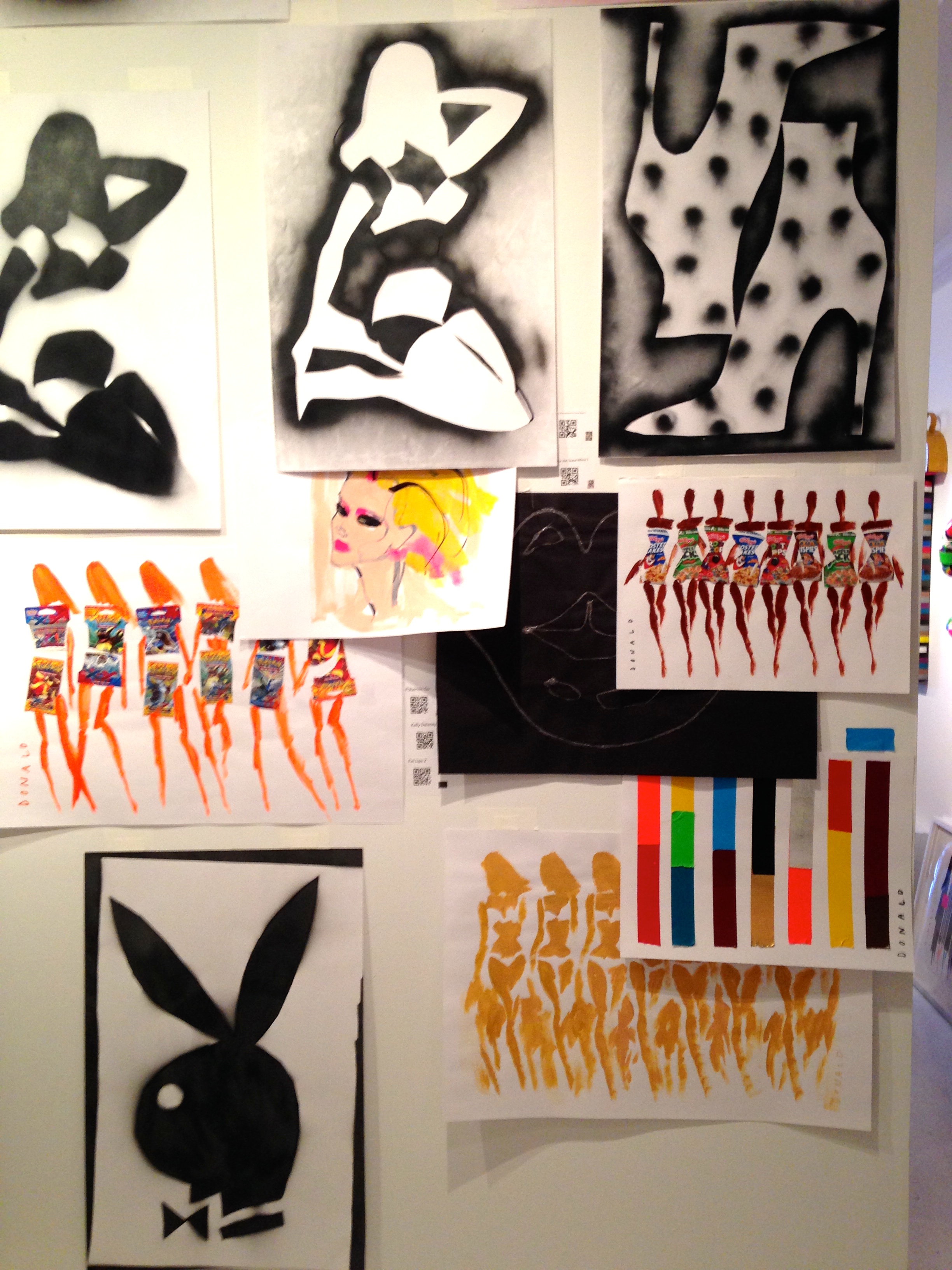