When January strikes, KDHamptons hits the road for warm weather and creative inspiration. Last weekend I was excited to jet off with my good friend Melanie Brandman to Windsor, a private residential sporting club community which spans 425 acres of lush barrier island between the Indian River and the Atlantic Ocean in Vero Beach, Florida. Windsor founders Galen and the Hon. Hilary Weston hosted a glamorous weekend of activities to celebrate the opening of Making Meaning, an exhibition by the internationally acclaimed British artist Grayson Perry RA at The Gallery at Windsor. 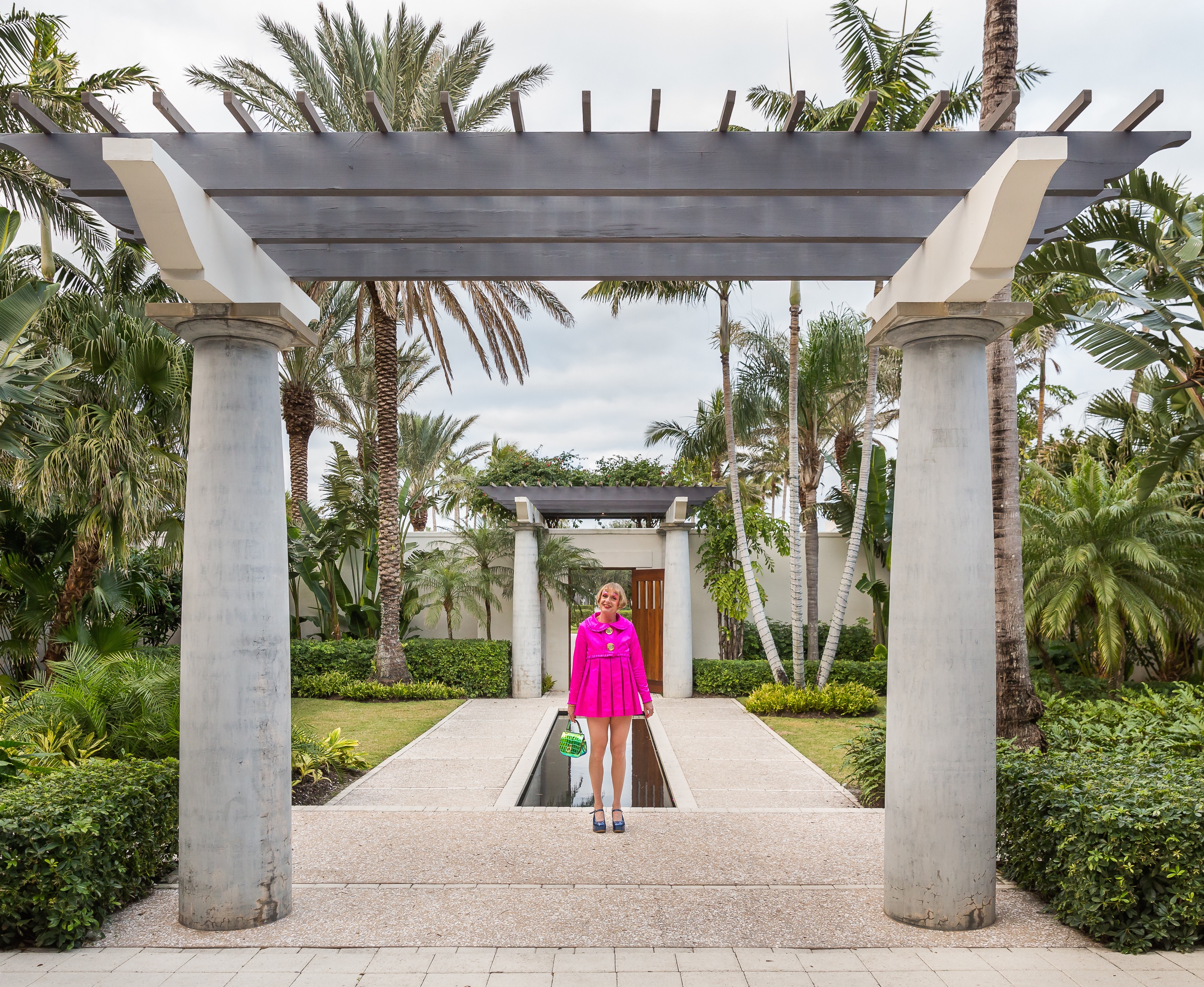 Curated by Erin Manns, Director of Exhibitions, Victoria Miro, London, the exhibition runs until April 27th, 2018, and is the first in a new threeyear curatorial partnership between The Gallery and the Royal Academy of Arts in London. 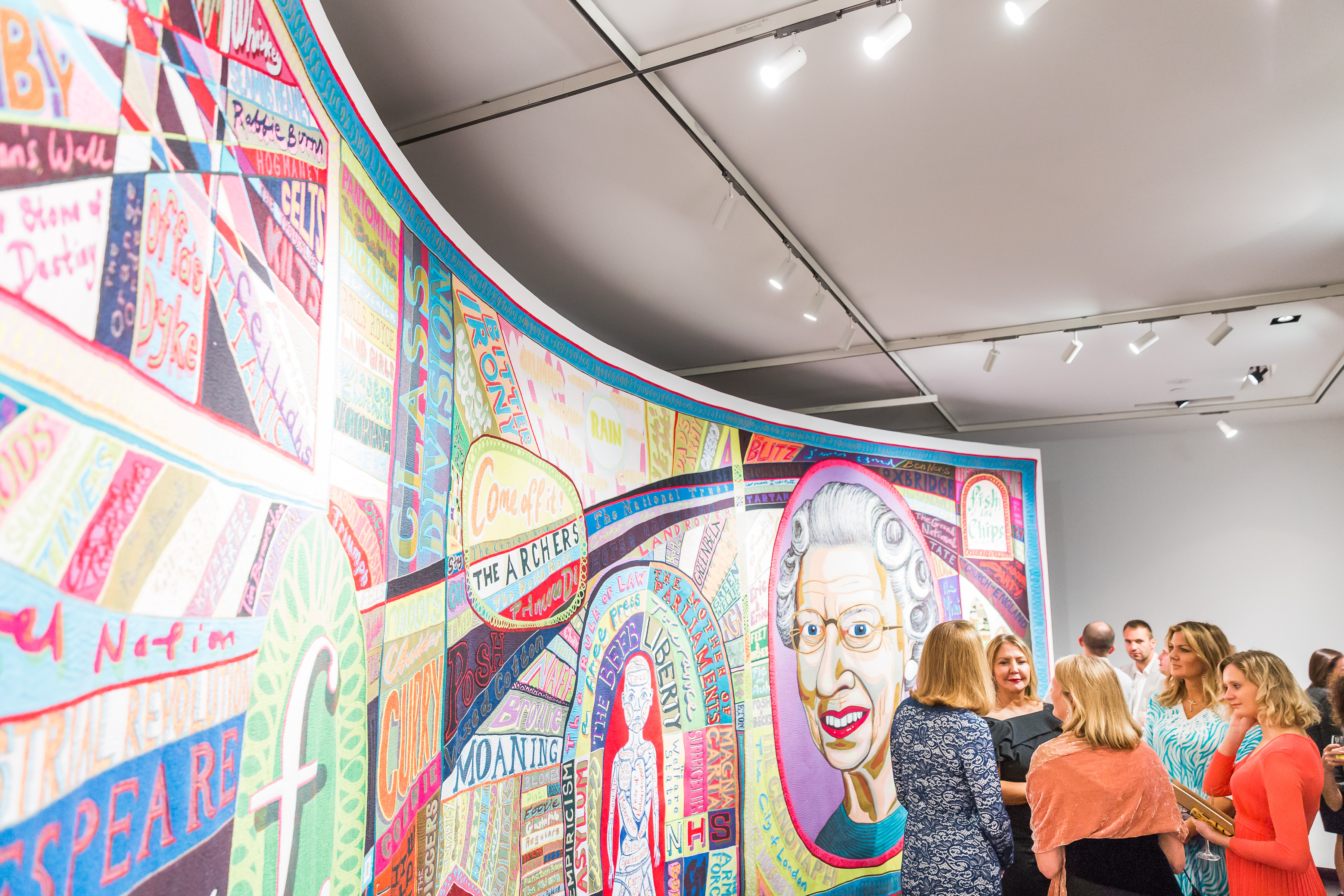 Grayson Perry is known as a vivid chronicler of contemporary life, boldly tackling subjects that are universally human, such as identity, gender, social status, sexuality and religion. “Life is meaningless, it is an artist’s job to give it meaning,” says Perry. Autobiographical references abound in his work – many of which feature his childhood hero, his teddybear Alan Measles. “A teddybear is really an imaginary character to which you can project all of your feelings. He was my hero, a warrior, and my God in some ways.” 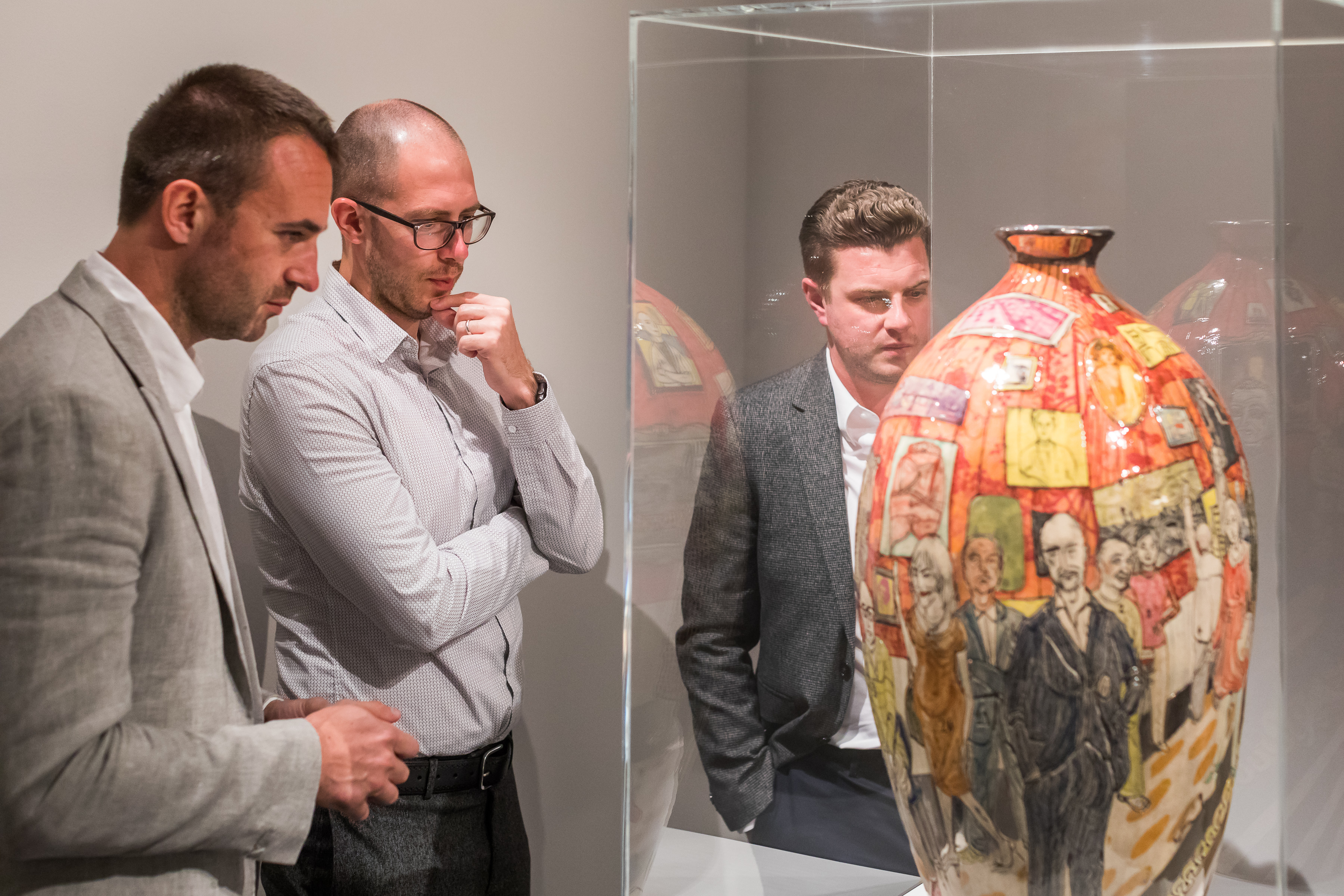 Also prominently featured in his work is Perry’s colorful transvestite alter ego Claire. After receiving the Turner Prize in 2003, Perry hilariously declared himself the outsider by being “the first transvestite potter” to win the prestigious award. During the Private View of the exhibition at Windsor, Claire glided through the crowded gallery baring her enviable gams in a jewel-buttoned fuchsia taffeta mini dress coat with matching eye shadow and teal blue platform Mary Janes whilst sharing inspirations behind each piece. 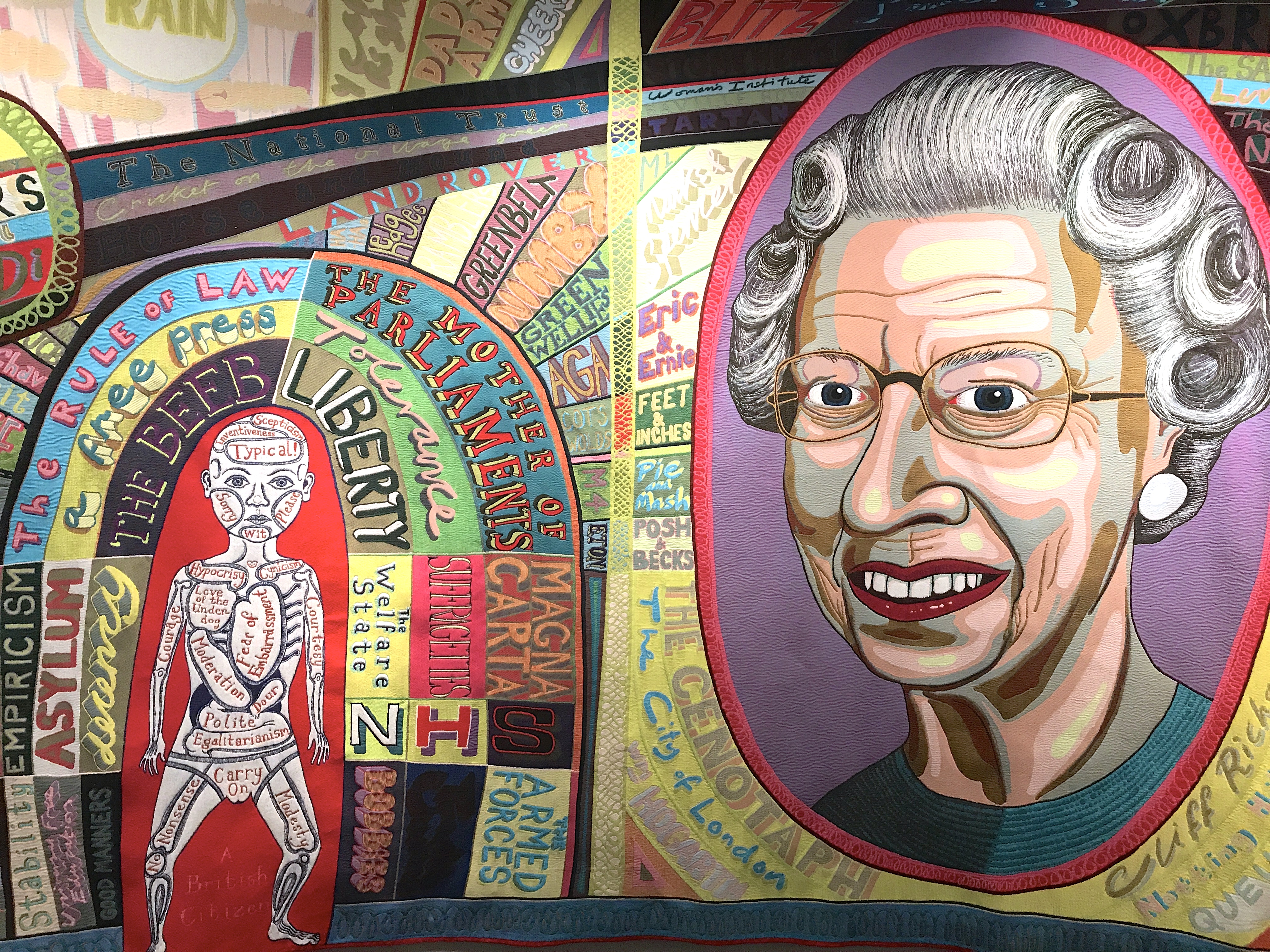 Making Meaning is presented in distinct sections with different focuses: from an unpacking of his own identity; to an exploration of Britishness; Perry’s personal take on the art establishment and finally, the mythical and metaphorical journeys of humankind. “A therapist once said, ‘Grayson you seem to have given away your internal landscape in the maps you create’, I suppose that is true in a way.”

Chronicling contemporary life through art with wit, humor, and nostalgia is a hobby horse for Perry. Making Meaning includes some of his major works and vignettes from recent museum shows, including The Tomb of the Unknown Craftsman at the British Museum, London in 2011and Who are You? at the National Portrait Gallery, London 2014-5. Perry works with traditional media including ceramics, cast iron, bronze, sculpture, printmaking and tapestry, to create pieces which deliver “stealthy comments about society, past and present, and its pleasures as well as its injustices and flaws”. 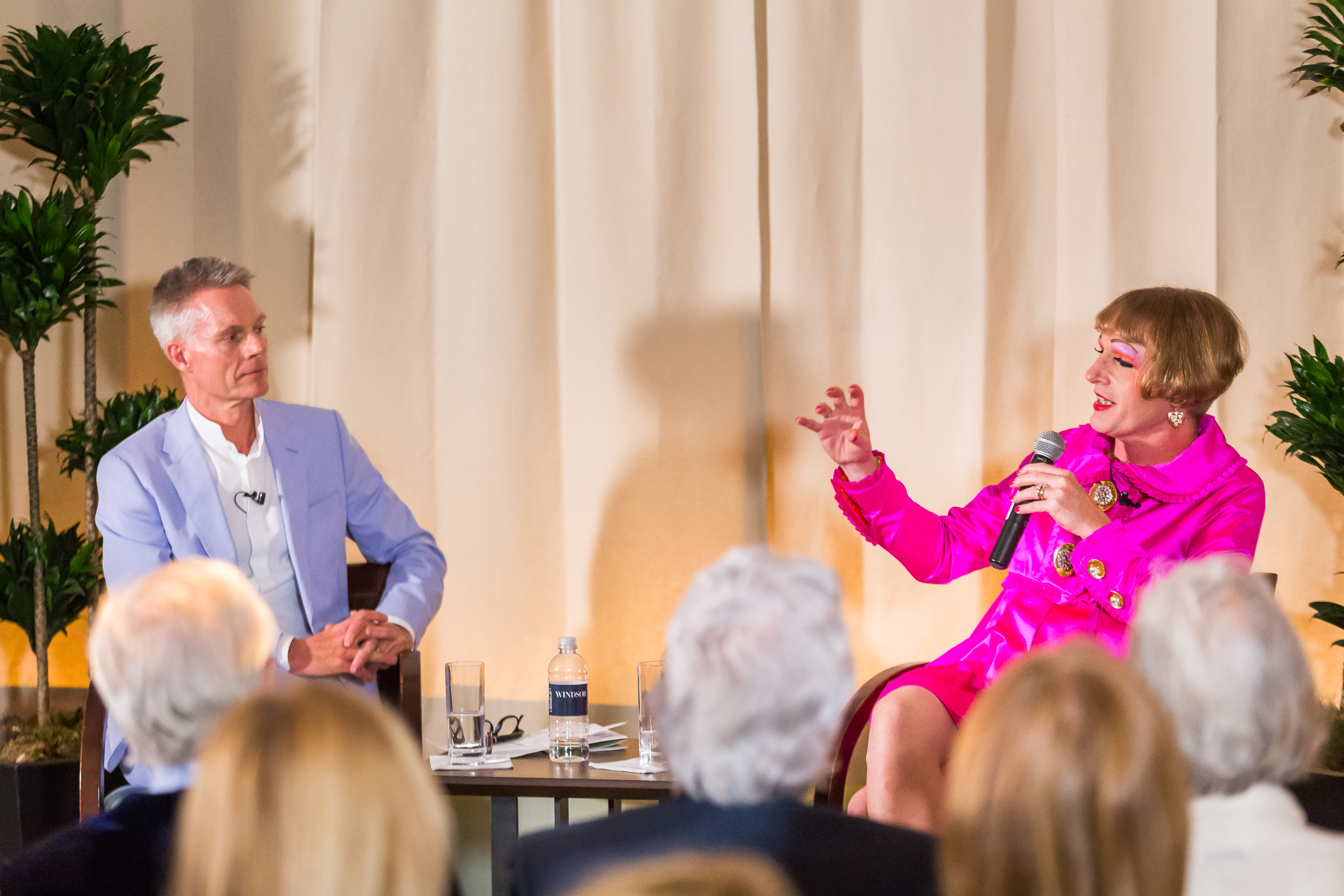 Artistic Director of the Royal Academy, Tim Marlow (above), led an illuminating conversation with Perry where the artist described contemporary art as “ART MADE NOW” after which the Westons hosted guests at a decadent dinner party at their stunning Windsor oceanfront home. 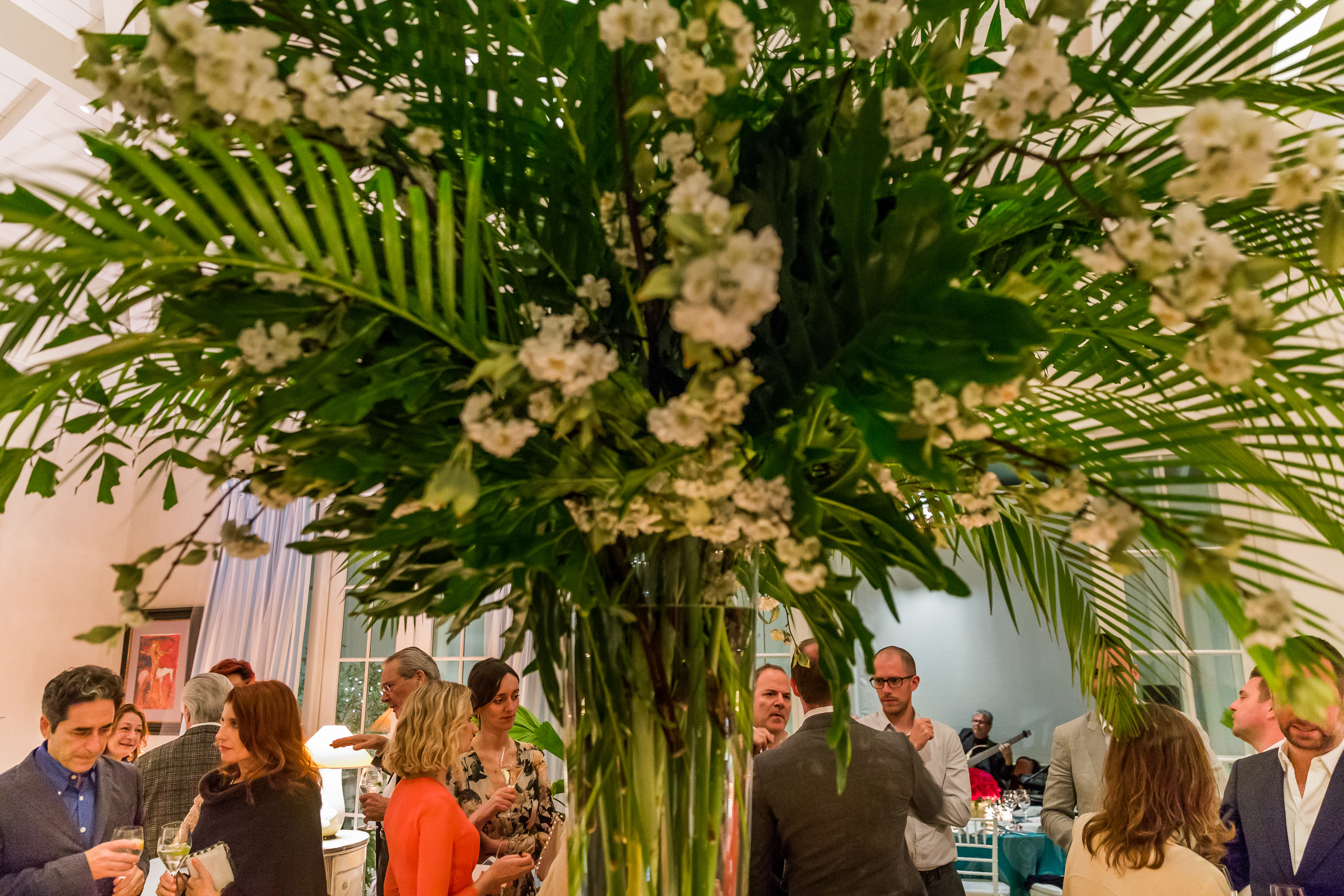 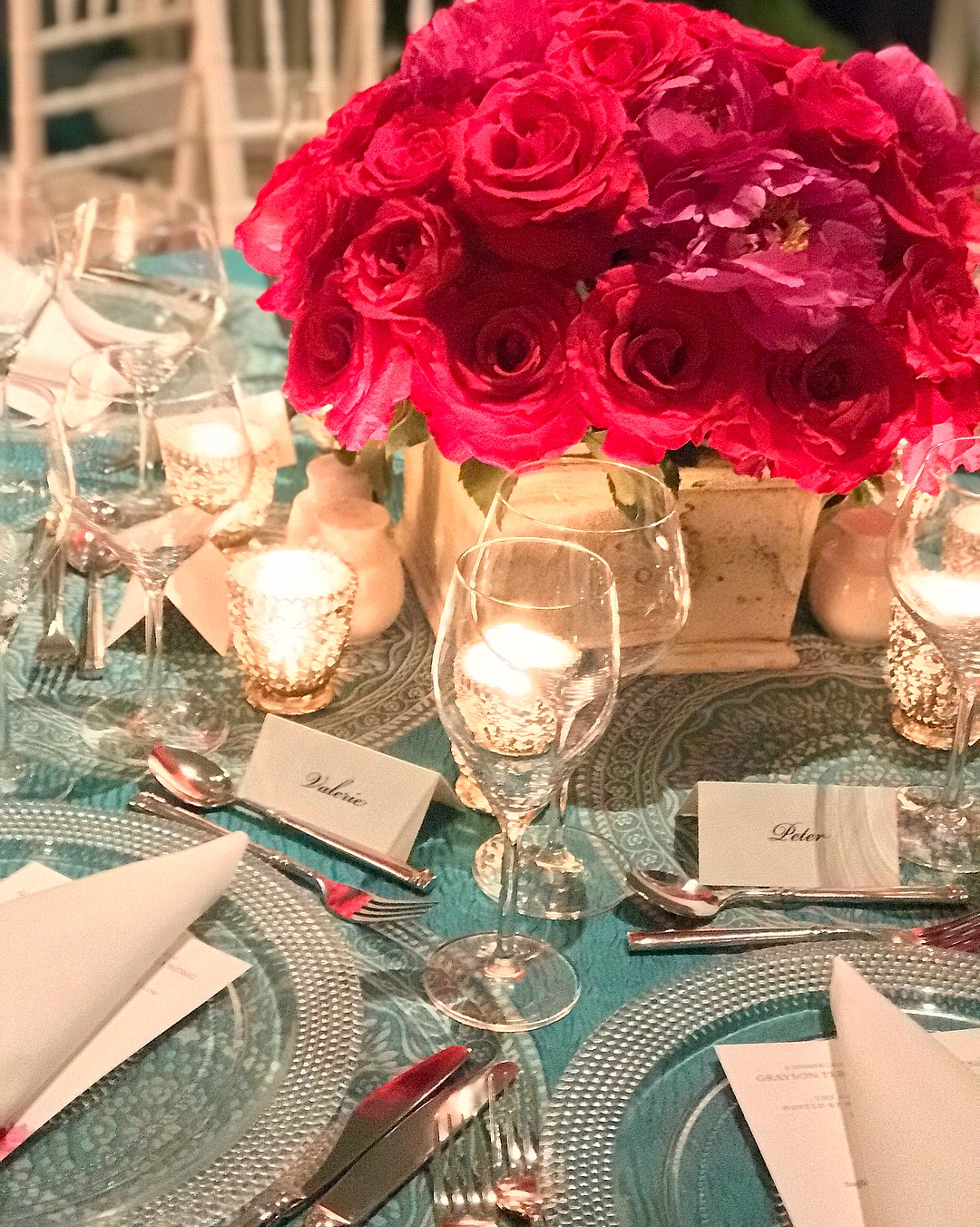 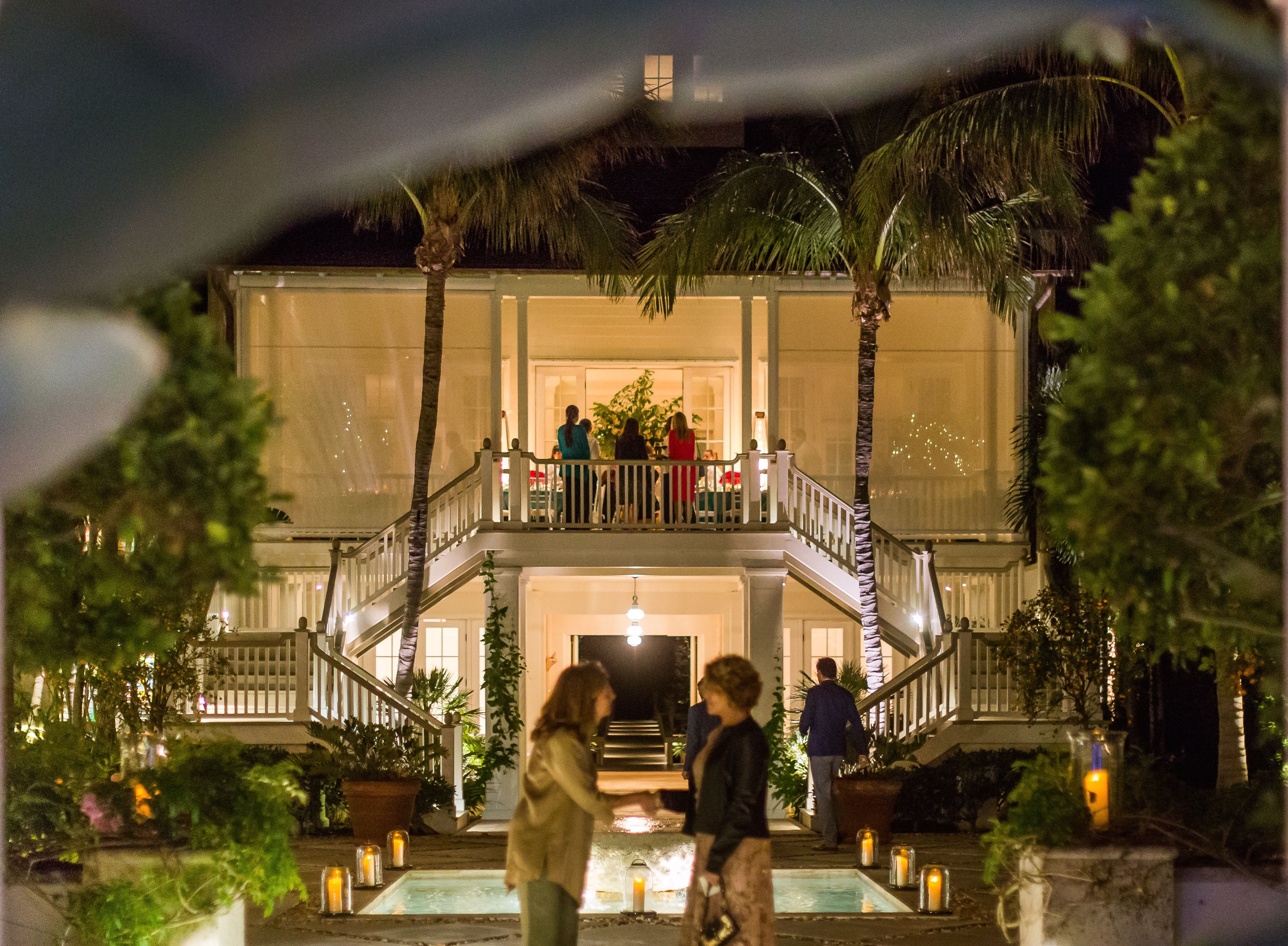 The Gallery at Windsor is open to the public by appointment Tuesday through Friday between 11am and 3pm. To schedule an appointment, contact The Gallery at 772 388 4071 or via email to gallery@windsorflorida.com. *Photography: Scott Rudd. Courtesy of Windsor 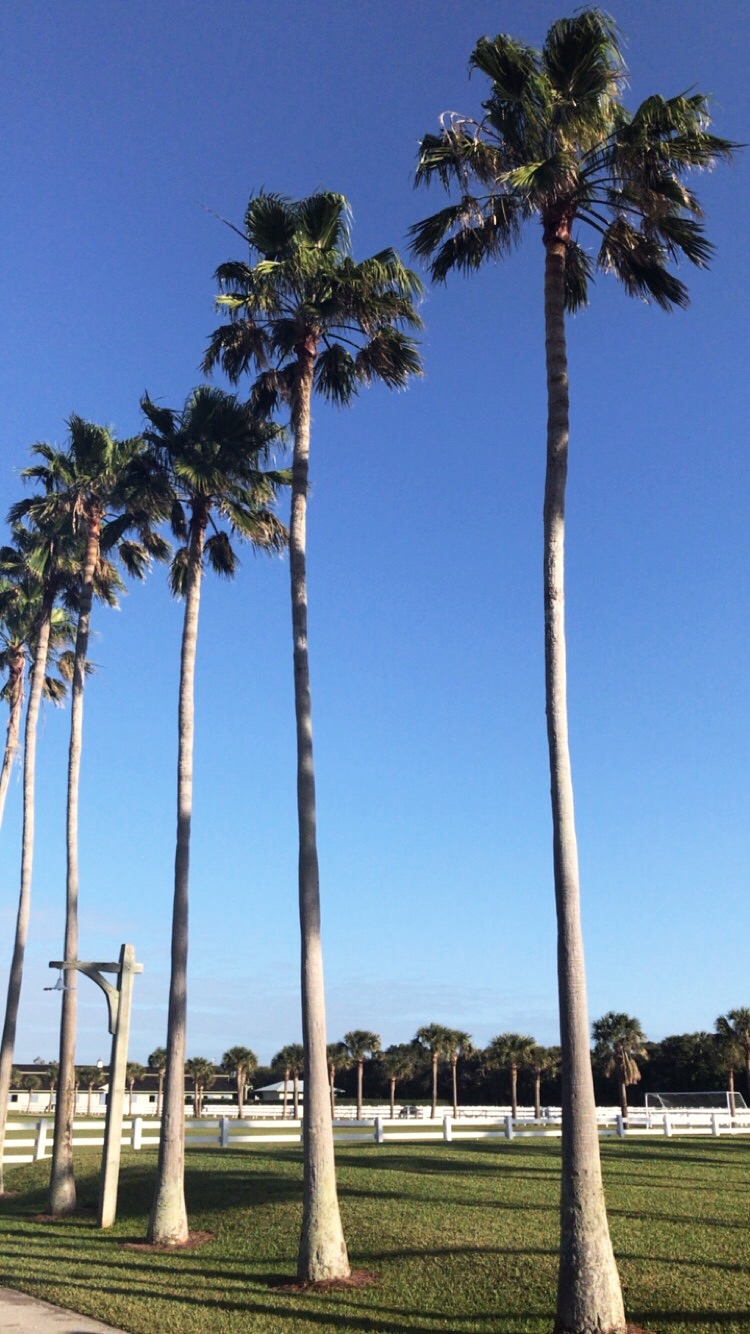