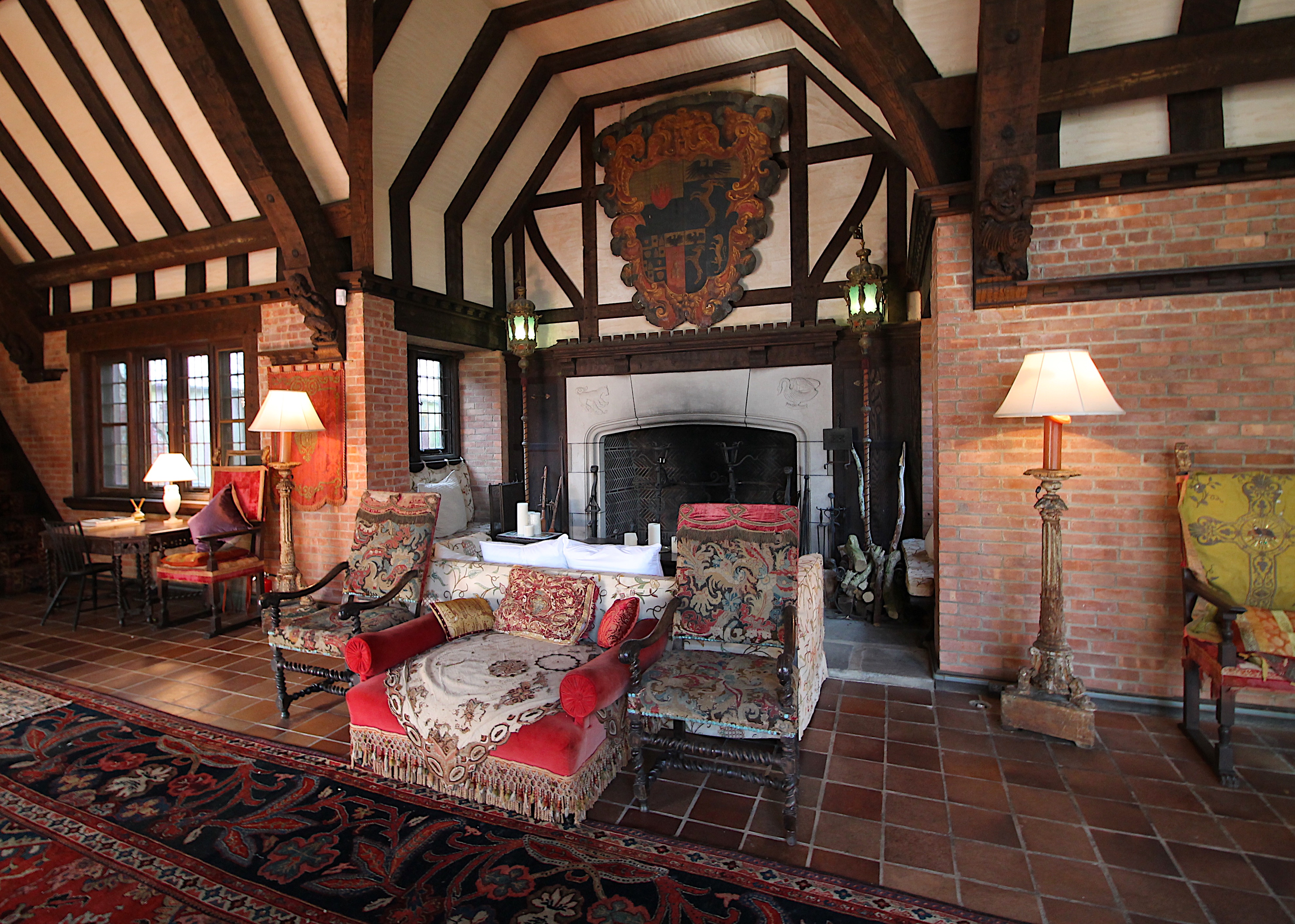 The East Hampton House & Garden Tour is right around the corner. From the Village to the Atlantic – please feast your eyes on the lovely assemblage of homes on this year’s tour, traditionally held over Thanksgiving weekend. The East Hampton Historical Society has announced their 2017 House & Garden Tour, showcasing some of the finest examples of historical and modern architecture in the Hamptons. This year’s tour — consisting of five unique houses — is scheduled for Saturday, November 25, from 1 to 4:30 p.m. 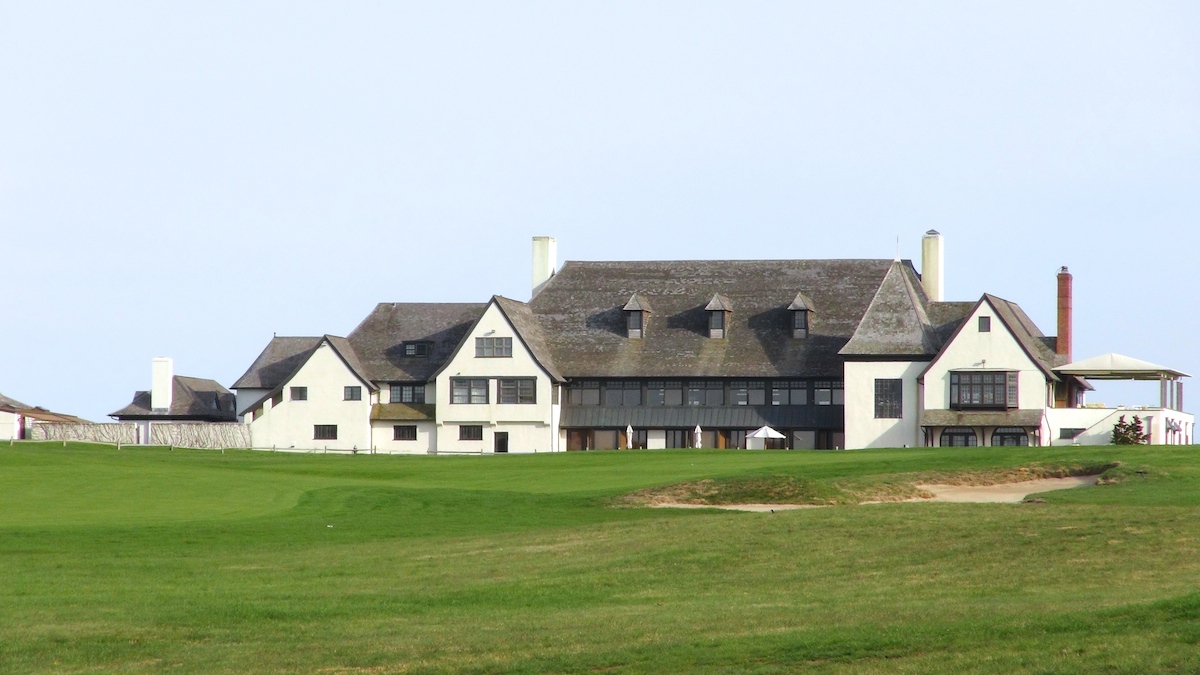 A kick-off Cocktail Party on the evening of Friday, November 24, welcomes in this year’s highly anticipated House Tour. This annual event, now in its 33nd year, will be held at the historical Maidstone Club [above], ringing in the East End holiday season in style.

The East Hampton Historical Society’s House Tour Committee has creatively selected five houses [details below] that express the unique spirit of living on the East End. The society’s annual house tour offers a one-time-only glimpse inside some of our town’s most storied residences. Whether you tend toward the charm of a classic shingled cottage, have a penchant for European design elements, or prefer the clean lines of contemporary architecture, this year’s tour offers a combination of houses that are sure to delight. 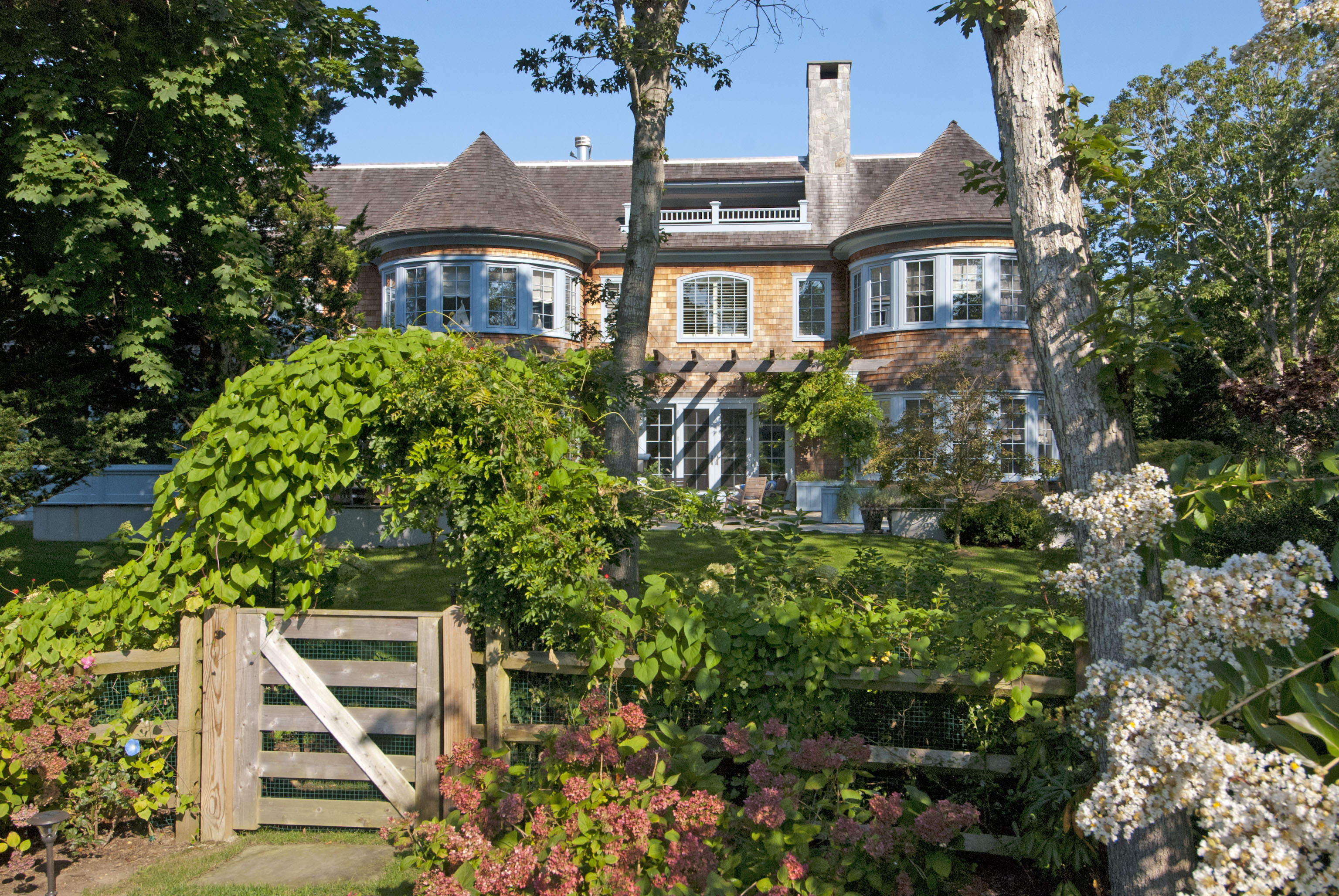 2. Farther East on Further Lane — the home of a renowned Interior Designer
with an extensive Art Collection: East Hampton home of famed designer Joe Nahem showcases an extensive collection of art and mid-century furnishings, giving this house a distinctively modern identity. While the scale and flow of the interiors are contemporary, the house is built of traditional materials. Exquisitely curated with a variety of new, vintage, and antique modern furnishings, this spacious home exemplifies the curatorial talents of the homeowner. News Flash: Be the first to grab a copy of the designer’s new book “The Design Vision of Joe Nahem” — hot off the presses! 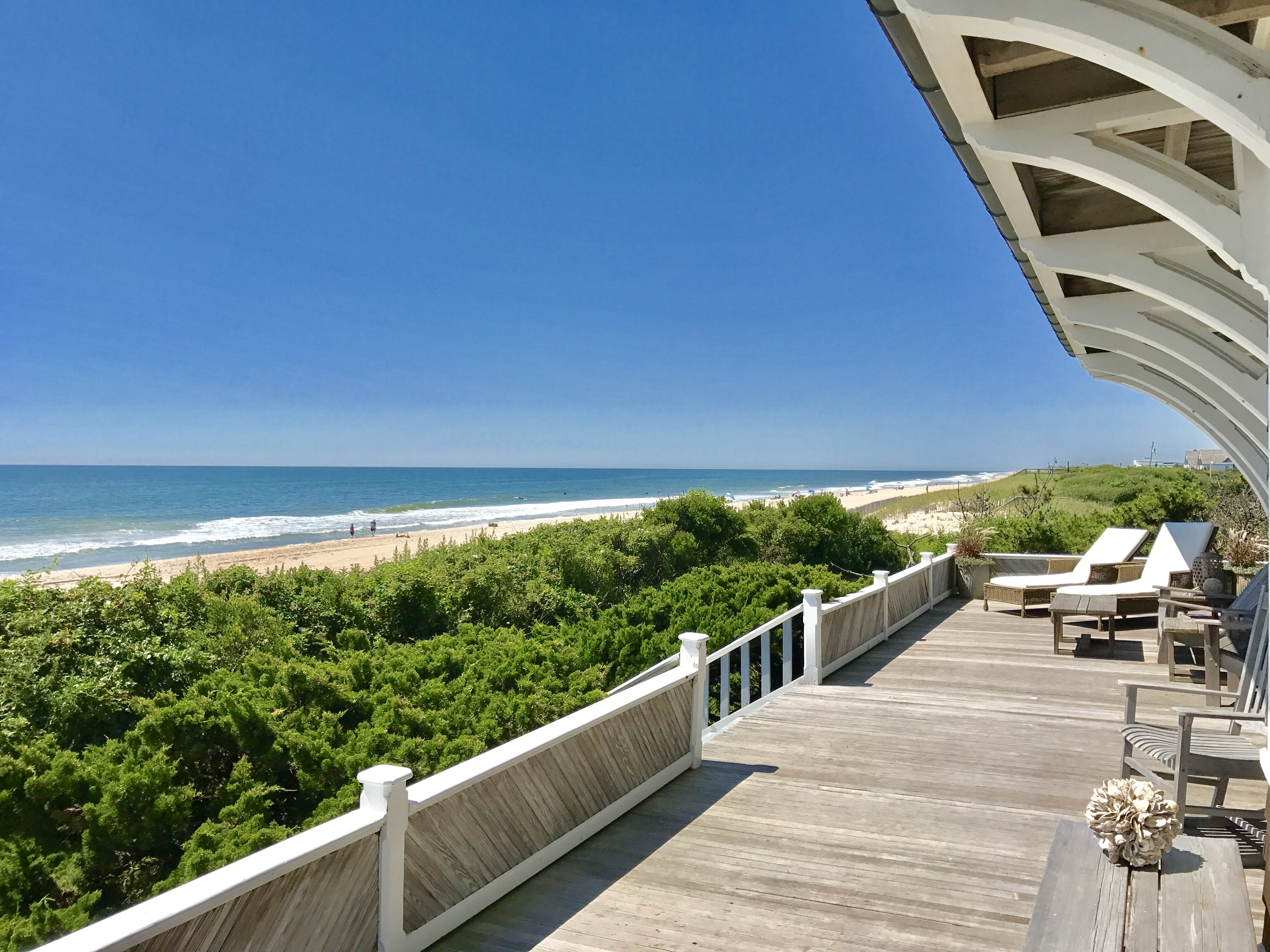 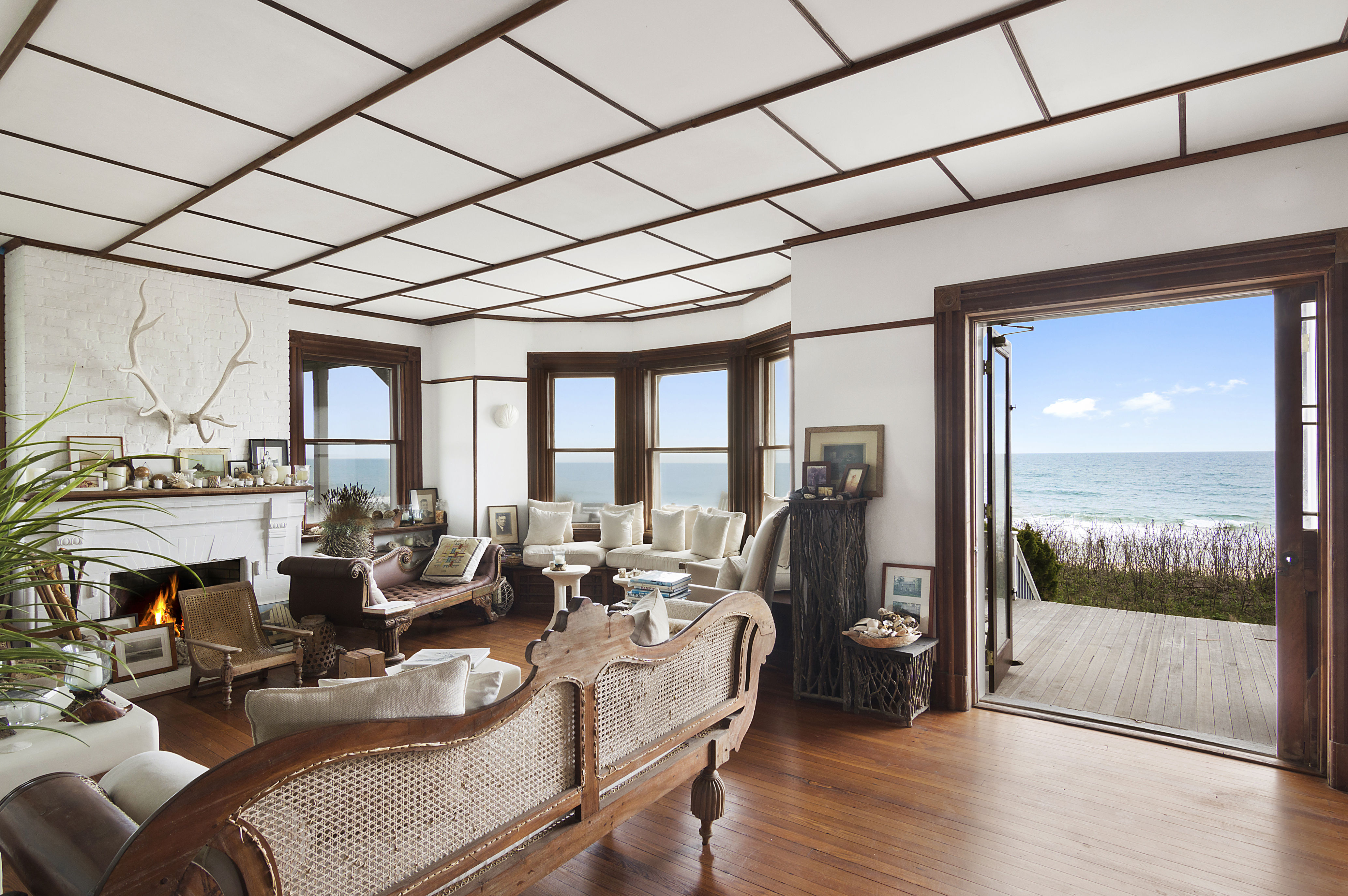 3. An 1877 Shingle-Style Beach “Cottage” overlooking the Atlantic: Hamptons iconic Kilkare is located within the prestigious and rarely seen Georgica Association, with panoramic views of Georgica Pond and the Atlantic. Built in 1877 by ship builders, the three-story house has been sensitively restored with all its authentic detail. Immerse yourself in the history of this iconic treasure, while taking in sweeping views and sea breezes through over 80 windows — a treat for the mind, soul, and senses.

4. Nestled in the Village, an early 20th-century Cottage with French & English influences: Stucco, stone, and timber elements — the vernacular of some East Hampton houses built in the early 20th-century — are expertly integrated in this charming cottage nestled on a quiet street in the Village. The interiors are decidedly French inflected, with hand-finished plaster walls, antique limestone floors and mantels, period paneling, and a magnifique La Cornue range — while the exterior is reminiscent of an English cottage, with intricate stonework and a swooping shingled roof.  In addition, the house was designed to work in conjunction with garden spaces. Michael Derrig, owner of Landscape Details, collaborated in the design of garden spaces that function as outdoor rooms, fireplaces, and seating areas. This home is an oasis — ice up the bar and settle in for a smart cocktail! 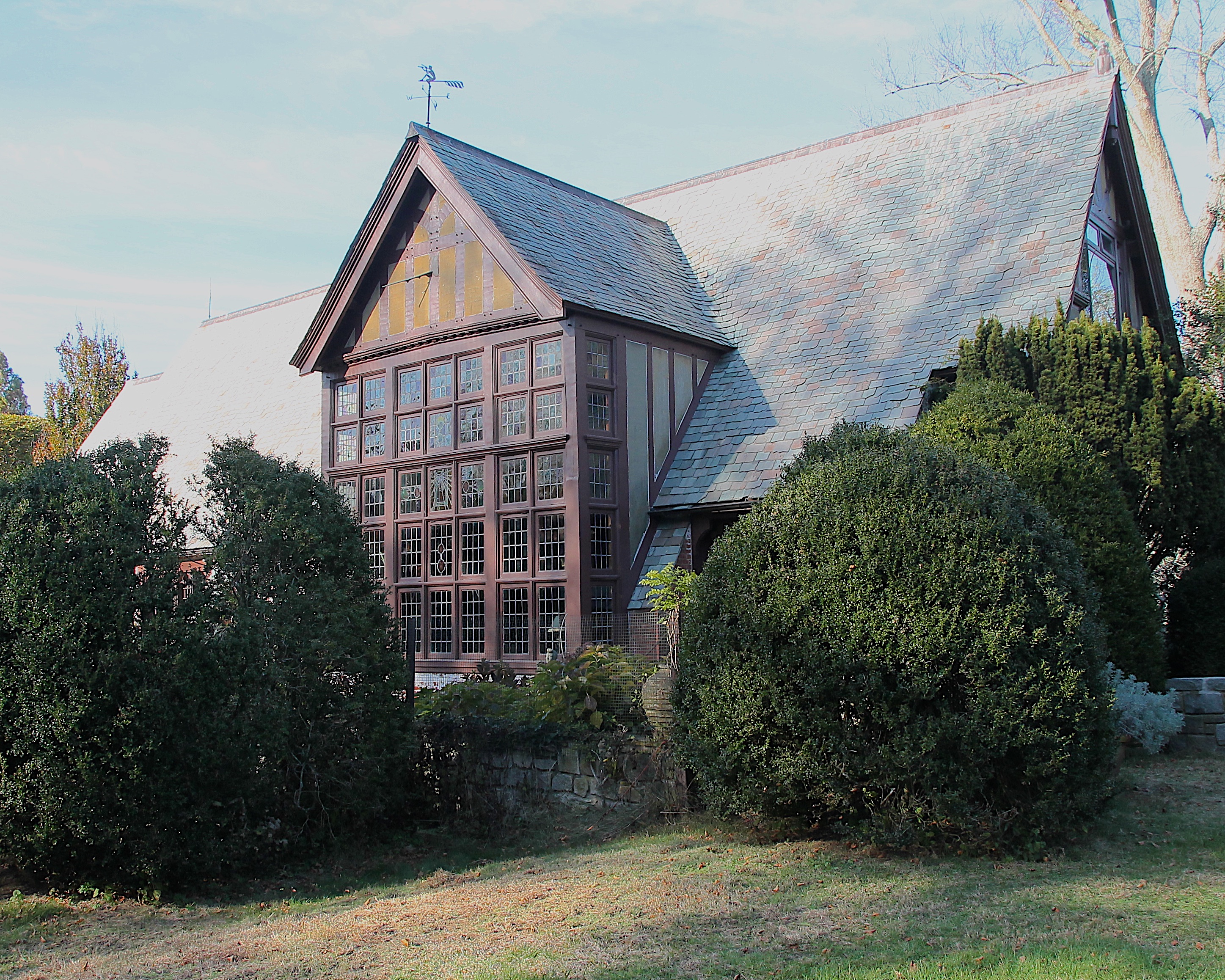 5. Celebrating its Centennial, the Woodhouse Playhouse is a space for Living & Performing: Tucked away on Huntting Lane, the Elizabethan-style Woodhouse Playhouse in East Hampton Village is celebrating its 100th anniversary. Built by the legendary philanthropist and arts patron Mary Woodhouse, the current homeowners continue the legacy of Mrs. Woodhouse through year-round music and theater programs — honoring the playhouse’s original role as a theater and drama school.

The current homeowners have made sensitive touches that have preserved and enhanced both the house and lawn in the spirit of the playhouse’s history. Feel the awe of the 75-foot-long Great Room, with a 30-foot gabled peak and church-like nave, an Aeolian-Skinner organ and massive fireplace as you imagine the famous visitors that it’s attracted over the years — including John Drew, John Barrymore, Isadora Duncan, The Westminster Choir, and Metropolitan Opera greats, to name a few.

Tickets to the Opening Night Cocktail Party are $200 each, which includes entry to the House Tour the following day. Tickets to the self-guided 2017 East Hampton House & Garden Tour are $65 in advance and $75 on the day of the tour. Admission can be bought via:

Note: The Maidstone Club is open only to Cocktail Party ticketholders on the evening of Friday, November 24, 2017. The Opening Night Cocktail Party is a fund-raising event for the East Hampton Historical Society.