On a recent Saturday morning, East Hampton’s lush sculpture garden LongHouse Reserve hosted the first in a series of three conversations titled, “Women Artists: Reshaping the Conversation.” The series is conceived and developed by Toni Ross, whose recent installation, sanctuary entwined, was the site of the conversation. Ms. Ross introduced the panel, saying, “Women artists; the definition alone raises many questions. Must we even be defined this way? In my mind this is a complex issue. I do believe that there are forces that confront all non-white male artists and that that conversation is evolving and changing rapidly. The Hamptons, with its rich history of artists includes many important women who broke ground for us, many whom may have been overshadowed by their more recognized partners.”

This first conversation featured artists Michele Oka Doner and April Gornik, collector Neda Young, and moderator Uzoamaka Maduka. The free-flowing conversation touched upon issues of gender, femininity, and the larger role women play in what has been described in the past as a historically male dominated sphere. The series is dedicated to the memory of Elaine de Kooning, Ms. Ross’s mentor and friend. 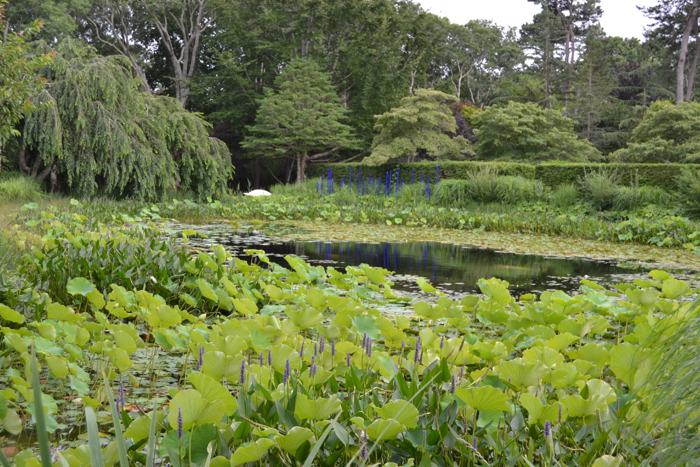 “Women Artists: Reshaping the Conversation” will continue August 26 with Alice Aycock, Barbara Rose, Michelle Stuart, Terrie Sultan, moderated by Andrea Grover; and September 23 with Bastienne Schmidt and Almond Zigmund, moderated by Pernilla Holmes (this panel is in formation). All three conversations are at 11:00 and open to the public by reserving seats (R.S.V.P. Mr. Jack Meyer Jack.Meyer@gsmltd.net or 212.271.4283).