The Animal Rescue Fund of the Hamptons, Inc. (ARF) announced today that the 12th anniversary edition of the ARF Pet Calendar is now available for sale. Charming photographs of pets and pet owners are featured in the desk calendar, which makes a great holiday gift at just $25.00. Funds raised from the calendar go directly to the support of cats and dogs at the ARF Adoption Center in Wainscott, where more than 150 cats, kittens, puppies and dogs await adoption. Several Adoption Center residents are also featured in the calendar. 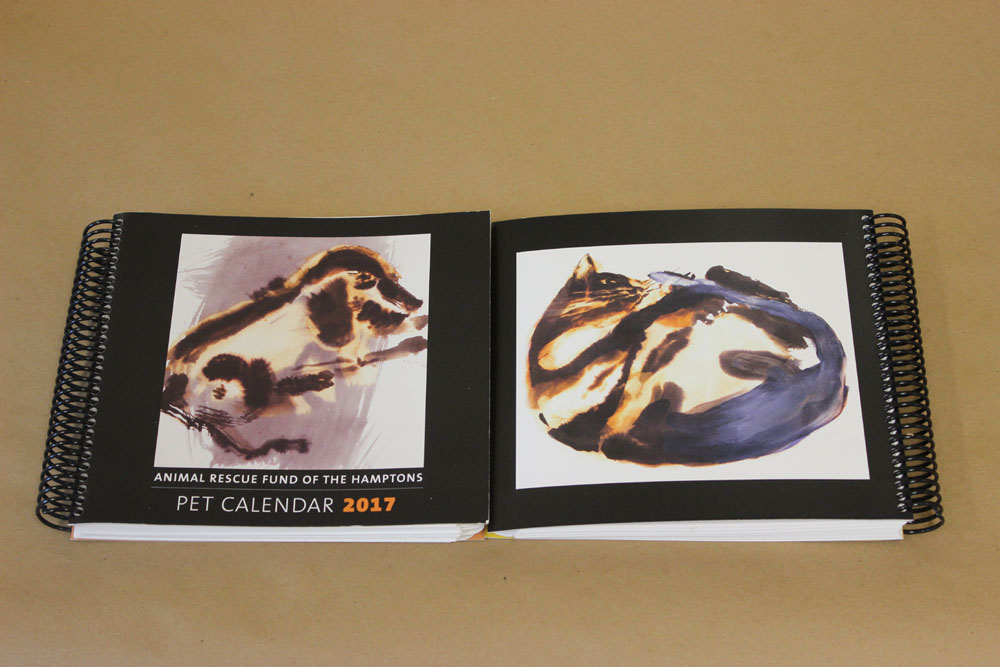 This year’s cover artist is Ross Bleckner. Ross Bleckner was born in 1949 in New York City and grew up in the town of Hewlett Harbor, on Long Island. He currently lives and works in New York City. In 1965 a viewing of The Responsive Eye, the first art exhibition he ever saw, made a huge impact on him. He decided to become an artist and went on to study with Sol LeWitt
and Chuck Close during his time at New York University, from which, in 1971, he graduated with a B.A. He then went on to earn an M.F.A. from the California Institute of the Arts in 1973. For the past twenty years, his art has been largely an investigation of change, loss and memory, often addressing the subject of AIDS. Mr. Bleckner uses symbolic imagery rather than direct representation, and his work is visually elusive, with forms that constantly change focus.

The ARF Pet Calendar is available for sale online at www.arfhamptons.org, at the Adoption Center at 91 Daniels Hole Road in Wainscott, the ARF Thrift Shop at 17 Poxabogue Lane in Sagaponack, as well as other fine retail shops throughout the Hamptons. The mission of the Animal Rescue Fund of the Hamptons is to actively rescue cats and dogs, provide quality care and offer sanctuary until loving homes can be found.