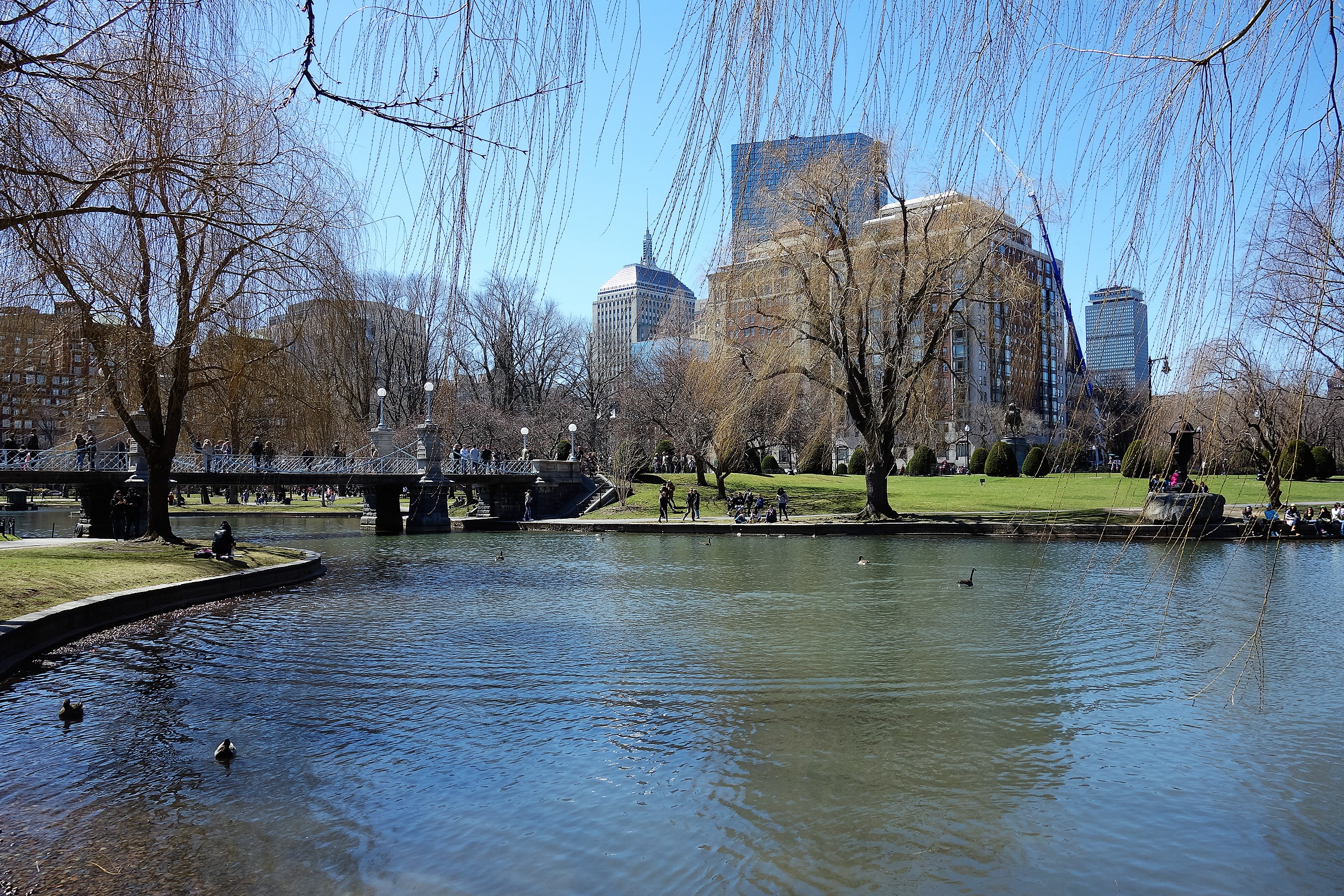 If you want to know what a Bostonian thinks, just ask.  Yes, they invented America, religious freedom, the abolitionist movement, a woman’s right to vote, modern medicine, and so much more.  Oh, and the Patriots are Super Bowl Champs of the World (for the fifth time), in case you forgot.  KDHamptons contributing editor Kim Hopkins shares her Beantown travel diary, below. 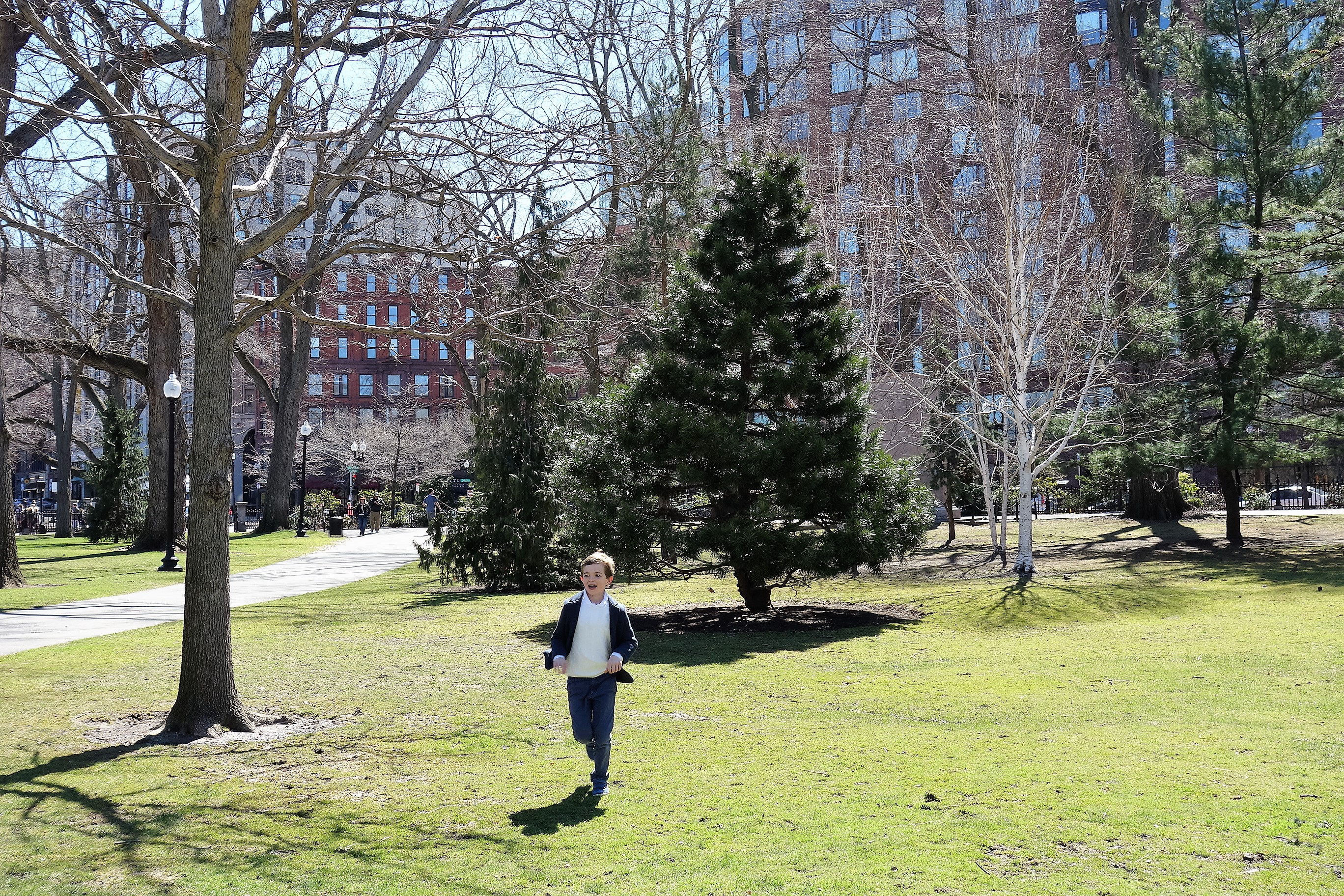 Boston is as All-American as apple pie.  It’s a city like no other:  Prideful and patriotic, sometimes to a fault.  Sitting at the heart and soul of two divergent interests, academia and sport, the city holds the key to American history and culture.  Boston is where I grew up; where I loved and learned, won and lost, and gained an undying appreciation for being a Patriot, in more ways than one.

Last week I traveled back to the City on the Hill for the first time in 15 years.  Now older and wiser, and with a son of my own (named Brady, of course), I was able to see Boston with a new appreciation.  From the familiar accent (hello Quincy “Mahket”), Duck boats, and fresh seafood, to pizza in the North End and fans yelling at Fenway Park, everything was business as usual.  Simply Boston. You CAN go home again. 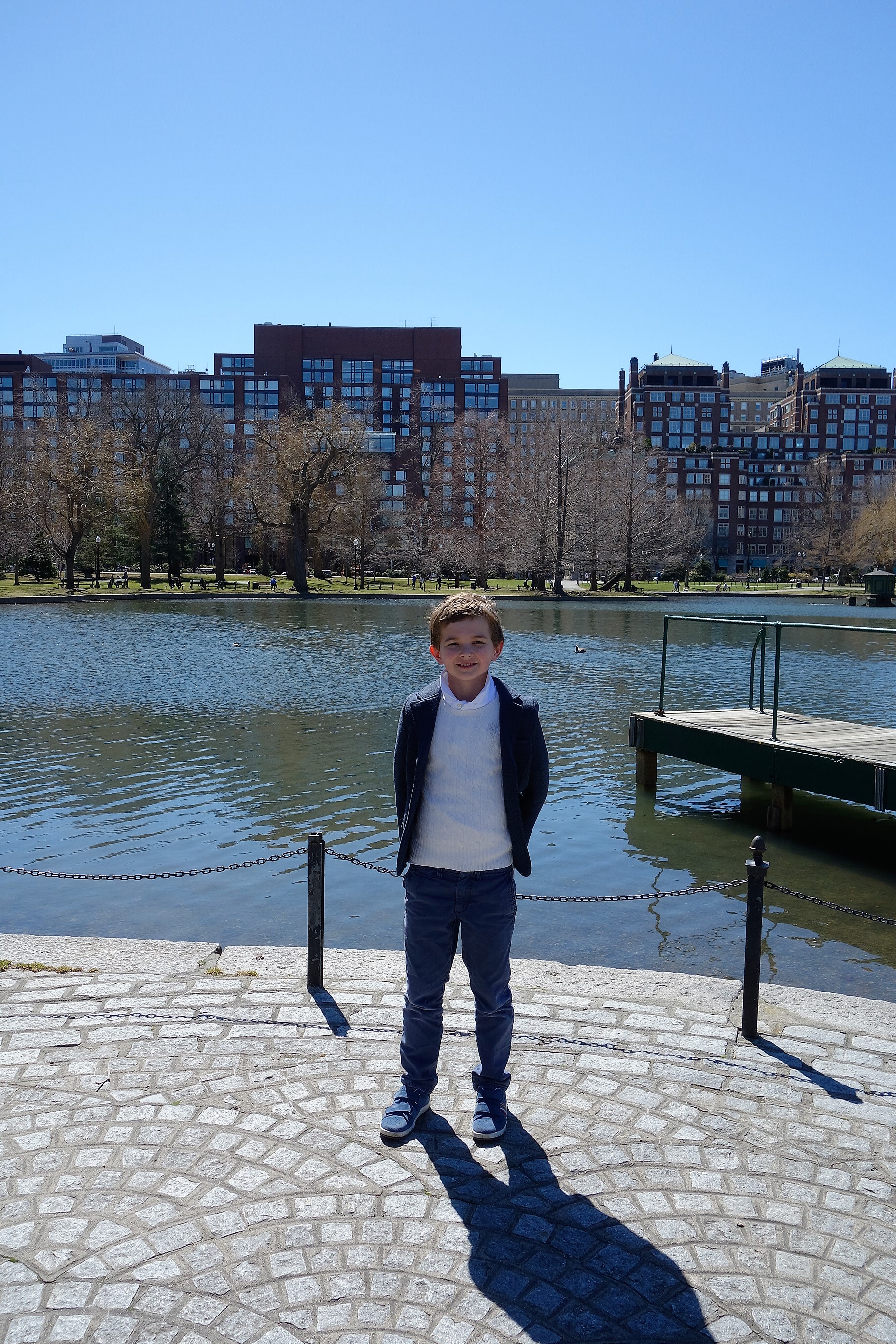 Where to Stay:  Four Seasons Hotel Boston. (above, background).  Perfectly located on America’s first botanical garden, the Four Seasons Boston is just steps from the Public Garden.  Stroll in the park, take the children on the Swan Boats or feed the ducks.  The hotel has just completed a $15M renovation, with new guest rooms, Four Seasons “Sleep Temple” beds, new lobby art and furnishings, and an expanded lounge area in its Bristol restaurant and bar.  Always our go-to choice for consistent, superior service, all of the hotels’ properties are also known for catering to children.  Upon arrival, they rolled out a red wagon of toys for Brady, (he chose a stuffed Red Sox baseball), and a smart-looking Four Seasons backpack.  Instant fan.  (Address: 200 Boylston Street Boston; (855) 821-3644) 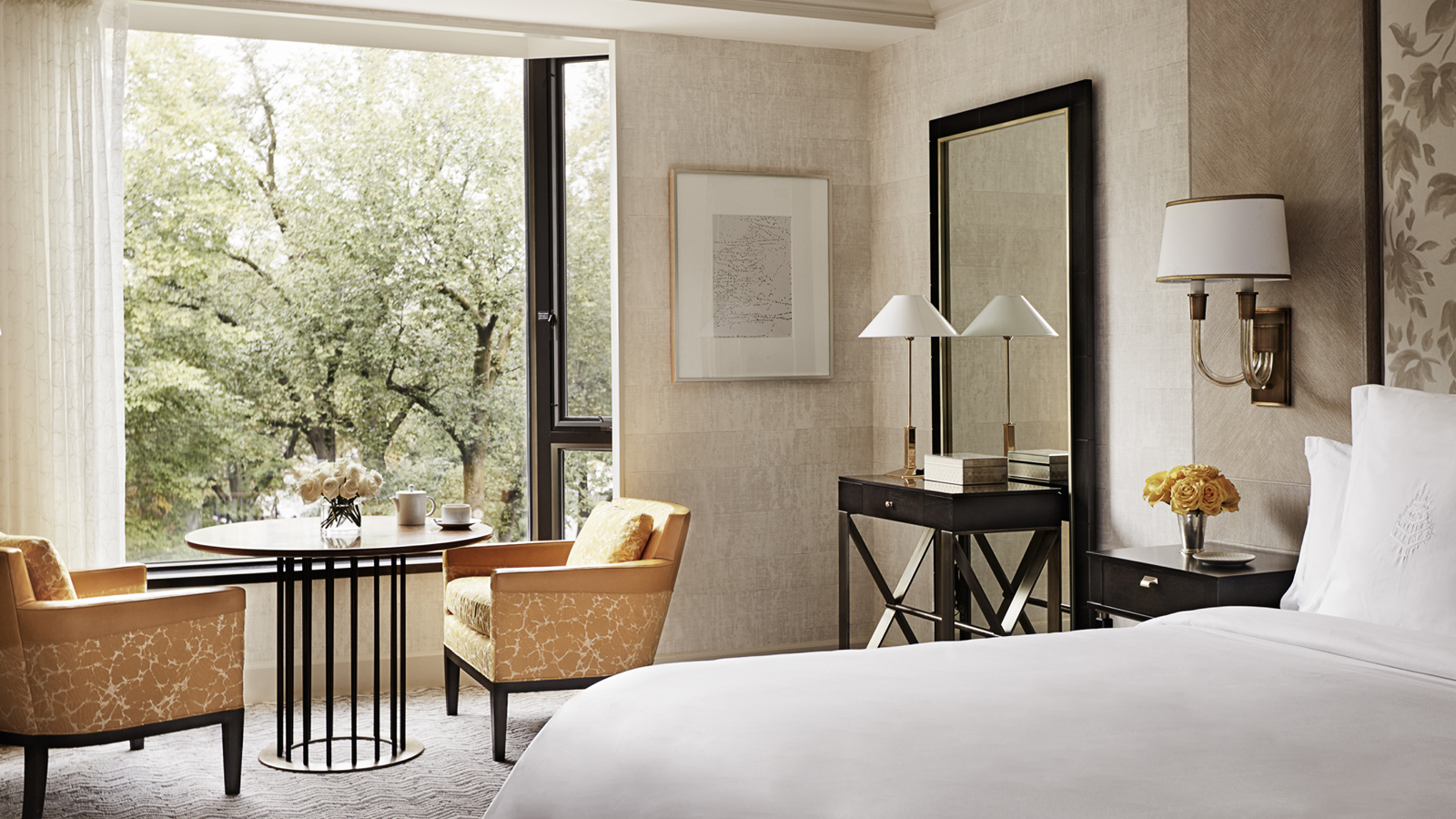 Designer Michael Booth led the hotel’s redesign of the guest rooms and lobby, creating simple and uncluttered space with a thoughtful use of color. “The guest room palette creates a sense of place distinct from the public spaces,” says Booth. “Calm and restful, but also fresh and alive.” 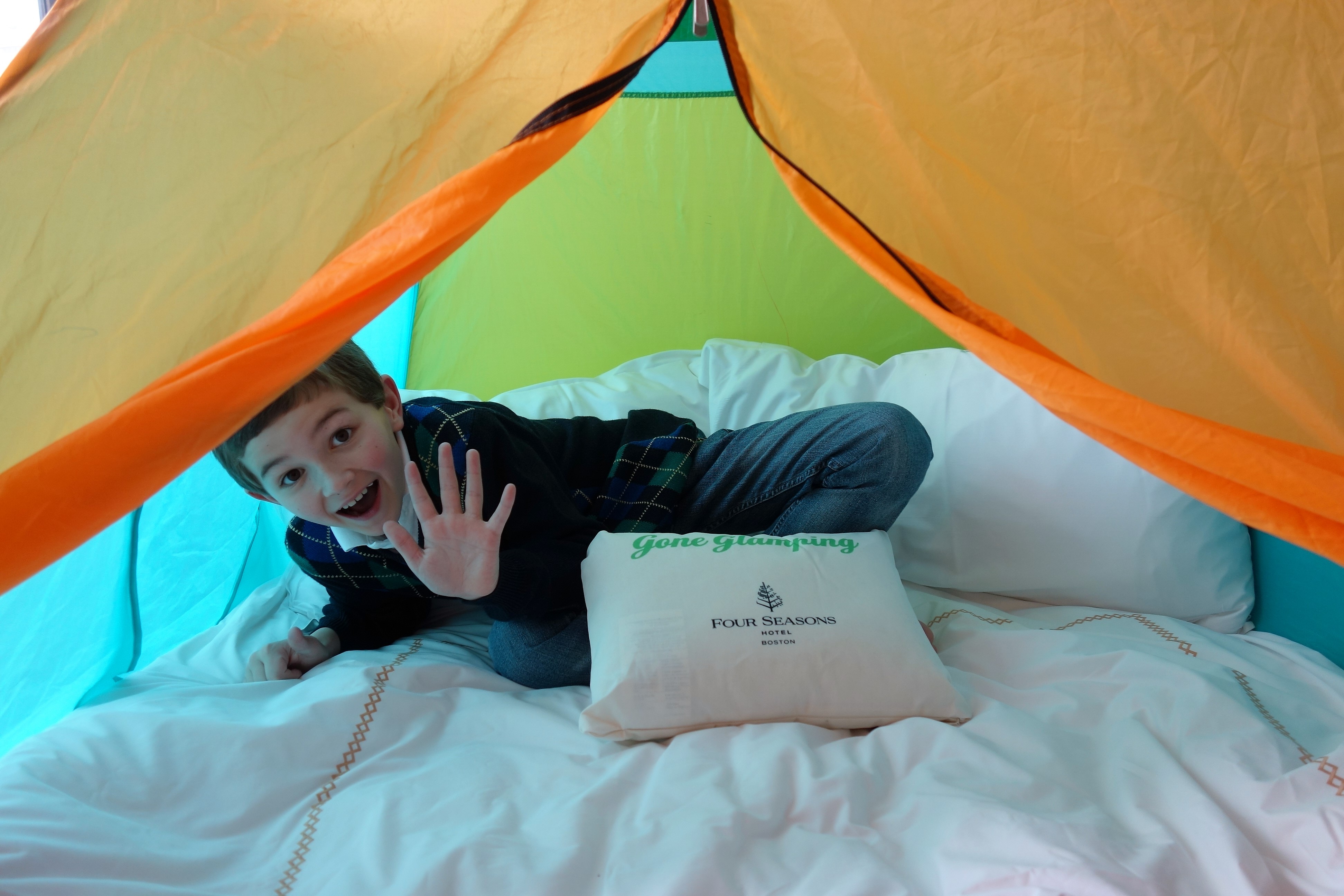 Gone Glamping! Brady always looks forward to having his own tent in the room when we stay at Four Seasons hotels, replete with down pillows and a duvet. 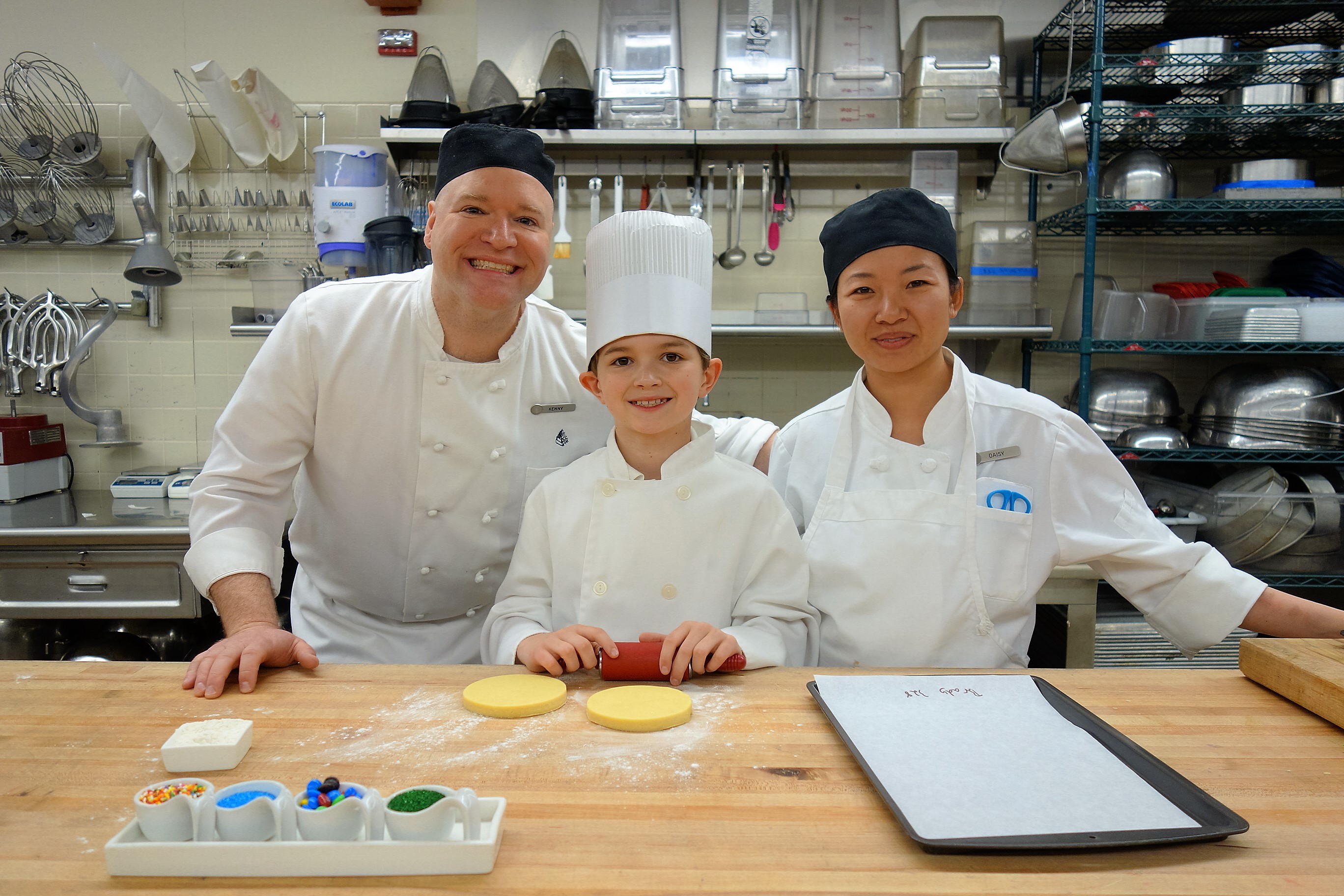 Children can learn how to bake with the hotel’s pastry chefs. Brady made decorative Easter cookies with the best in the business.

What to Do:  Explore Boston Common, Harvard Square, Quincy Market, the North End, and the Seaport 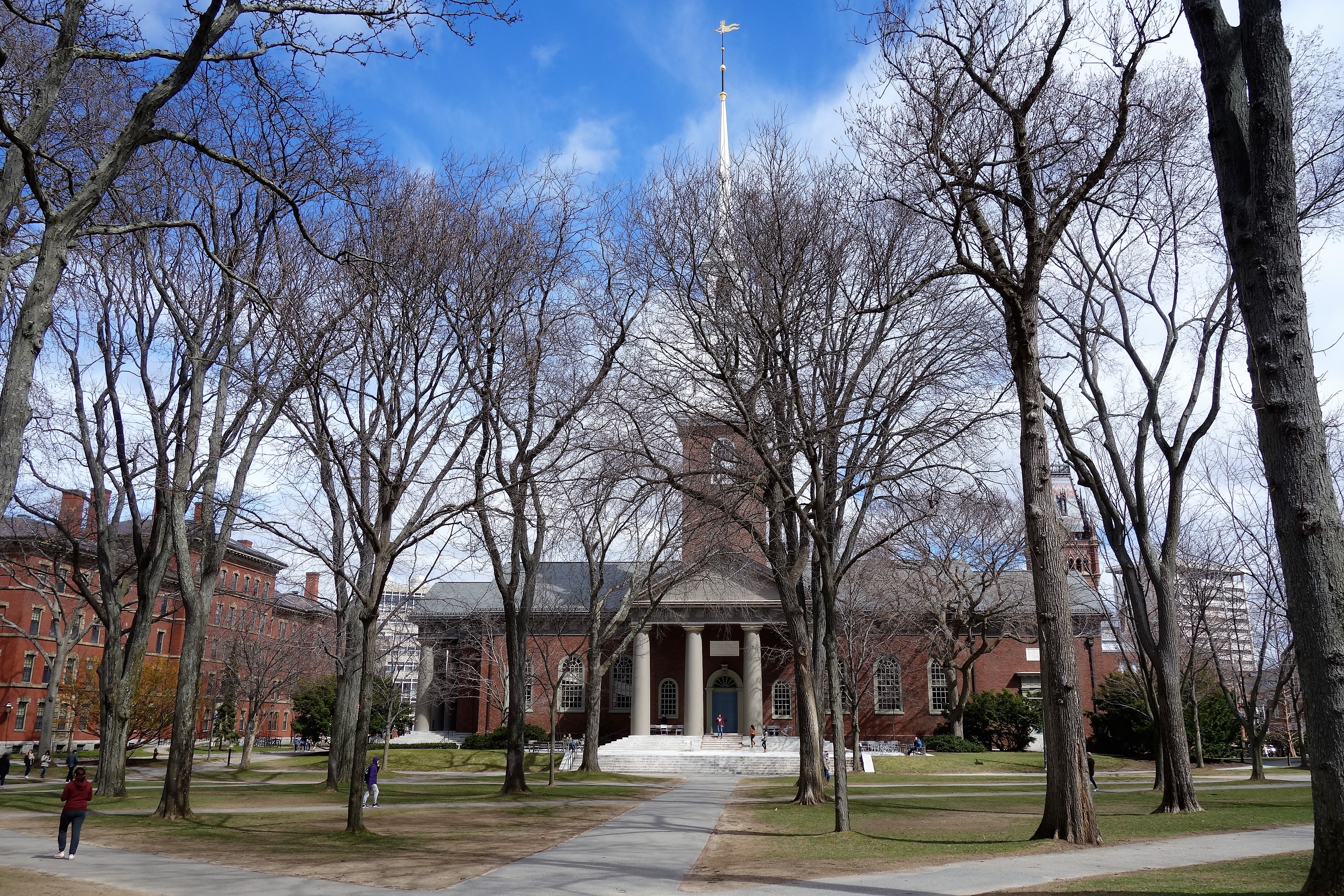 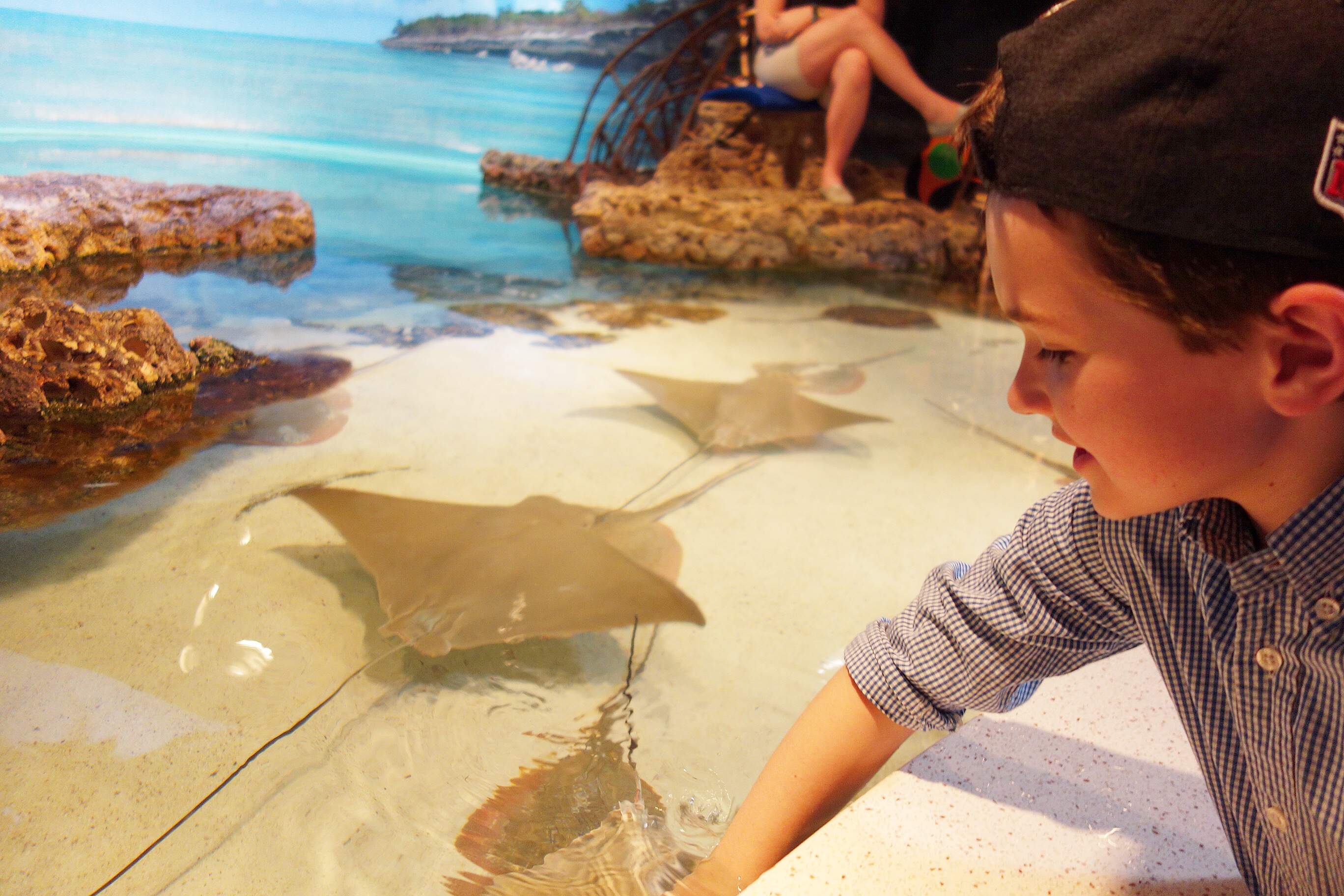 2.  New England Aquarium: Did you know that there are 500 shark species navigating nearly every ocean environment on our plant?  Get up close and personal with the New England Aquarium’s new Shark and Ray Touch Tank. Hands-on activities show the remarkable adaptations that give them an edge in the ocean.  Go to the aquarium’s website to plan a visit. 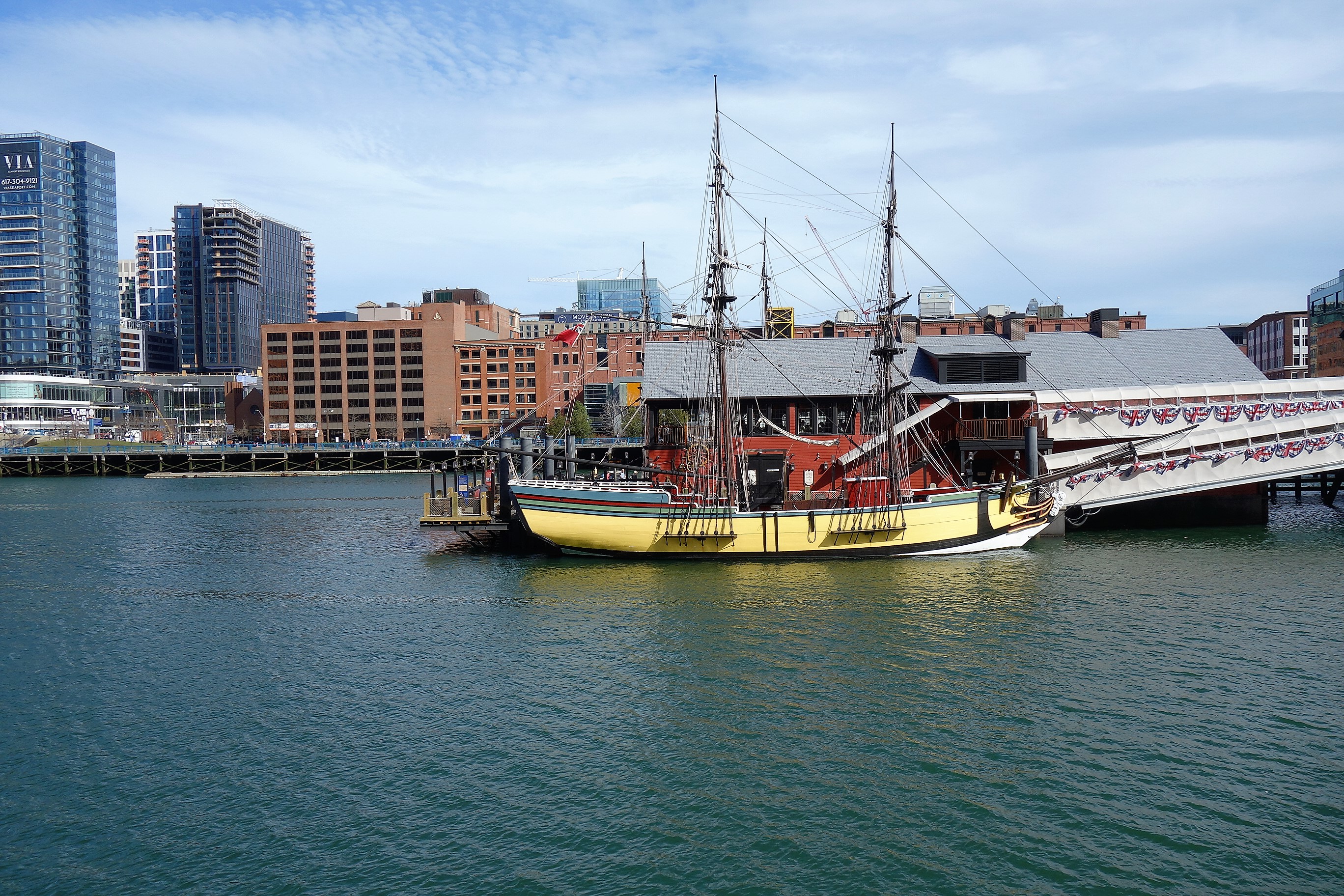 3.  Boston Tea Party Ship and Museum: See where The Sons of Liberty boarded the ship disguised as Native Americans in 1773, and destroyed an entire shipment of tea sent by the East India Company. (There were 342 chests of tea on board!)  The Boston Tea Party Ship holds daily reenactments at its museum, but you must have a reservation in order to board the boat.  Call 866-955-0667 or go to their website for more information. 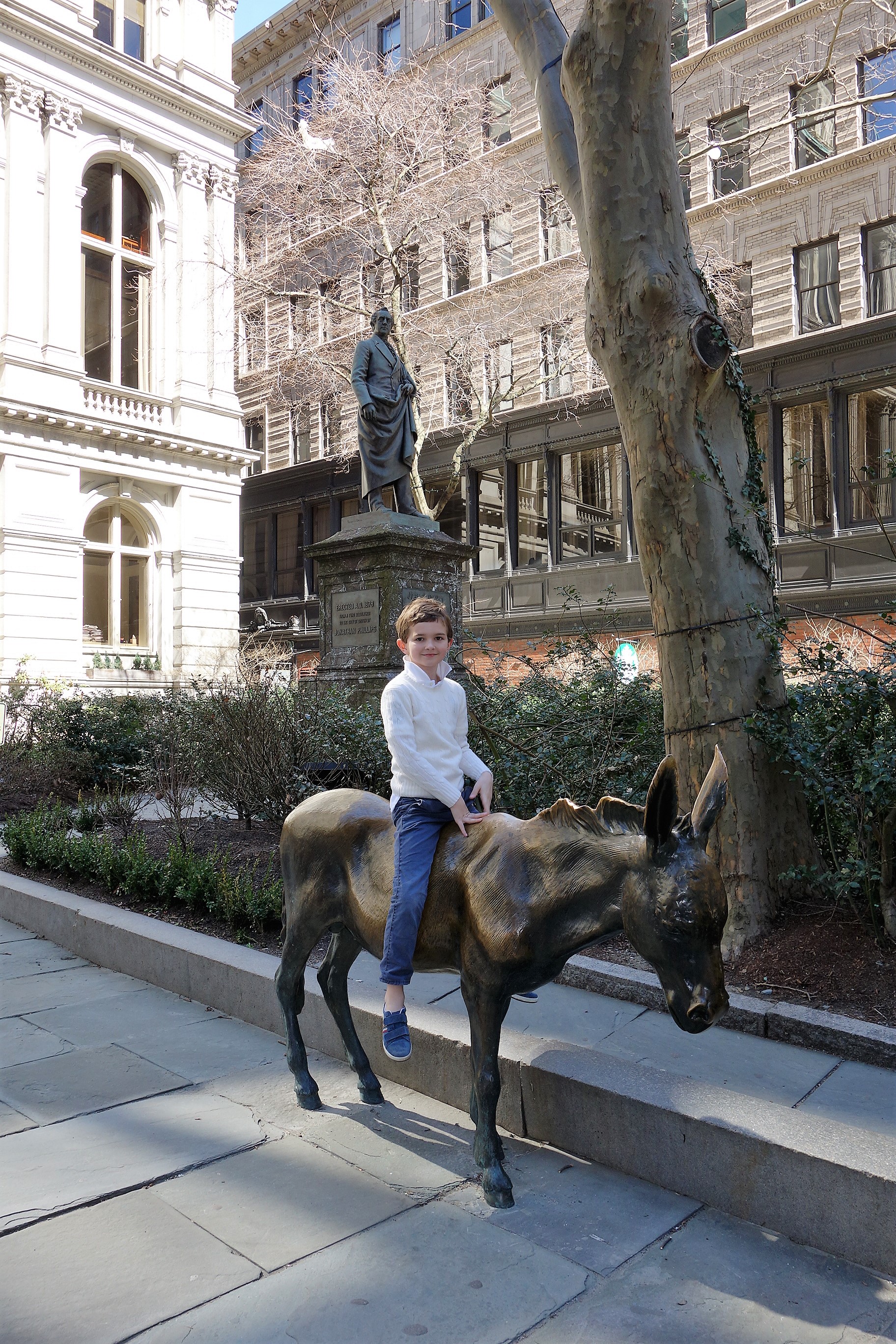 4.  Walk the Freedom Trail: The Freedom Trail is a 2.5-mile, red-lined route that leads you to 16 historically significant sites in Boston, each one an authentic treasure. Explore museums and meetinghouses, churches and burial grounds. Learn about the brave people who shaped our nation, and discover the rich history of the American Revolution, as it began in Boston.  If you’d prefer a shorter tour, opt for the route that begins at Boston Common and ends at Quincy Market.  Go HERE for all the details. (pictured:  Brady riding the Democratic Donkey along the Freedom Trail.) 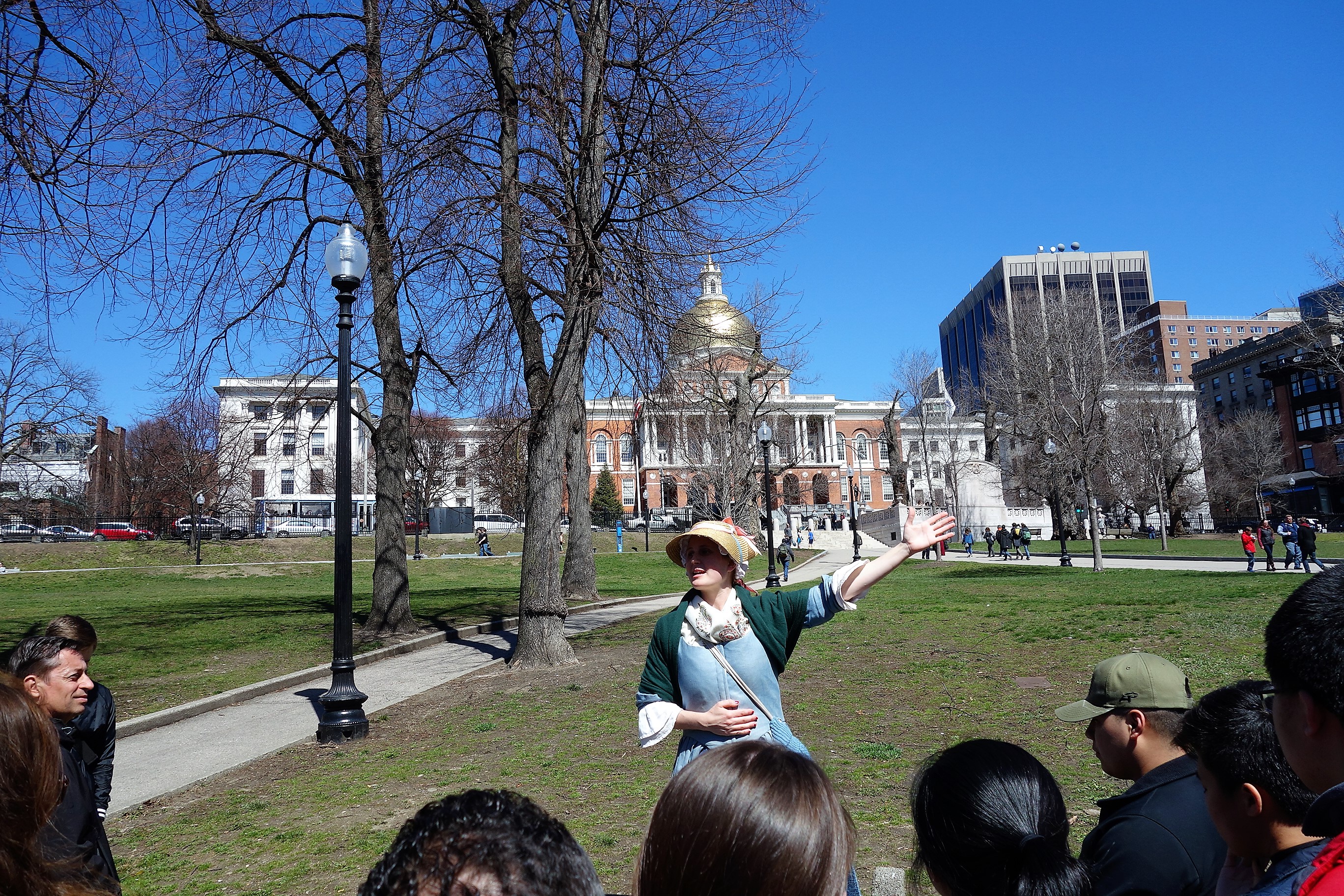 View of the Public Garden from the Four Seasons Hotel Boston

5. Public Garden and Boston Common: Dating from 1634, Boston Common is the oldest city park in the USA. Boston Common (don’t ever say “Commons”!) consists of 50 acres and is part of a linear system of parks and parkways designed by Frederick Law Olmsted. A visitors’ center for all of Boston is located on the Tremont Street side of the park. 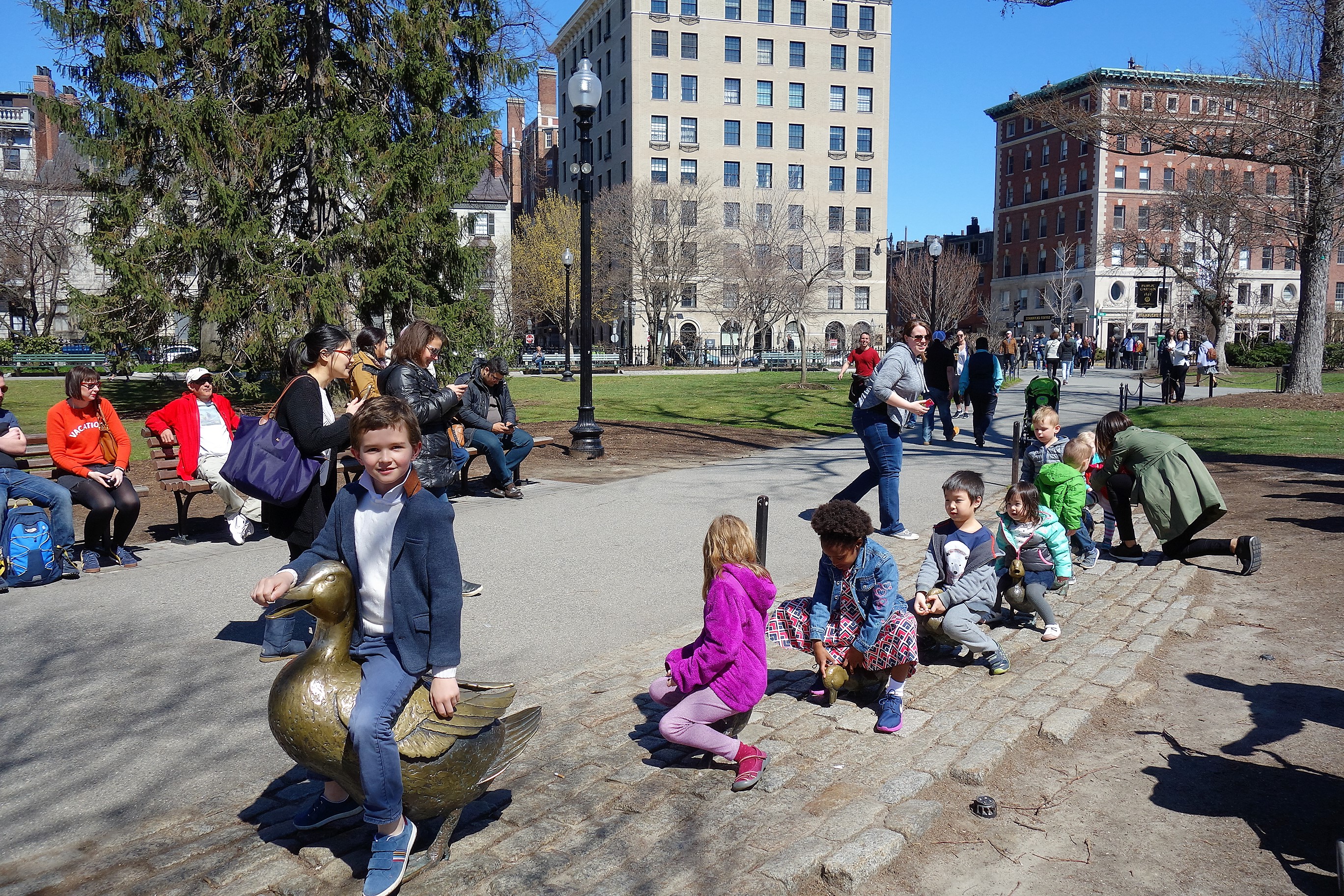 The Duckling Sculpture is a favorite Boston landmark by Nancy Schön created in 1987 to celebrate the 150th anniversary of the Public Garden. It pays tribute to Robert McCloskey’s popular children’s book, Make Way for Ducklings, written in 1941, about a family of ducks who make their home here. Located near Beacon and Charles streets. 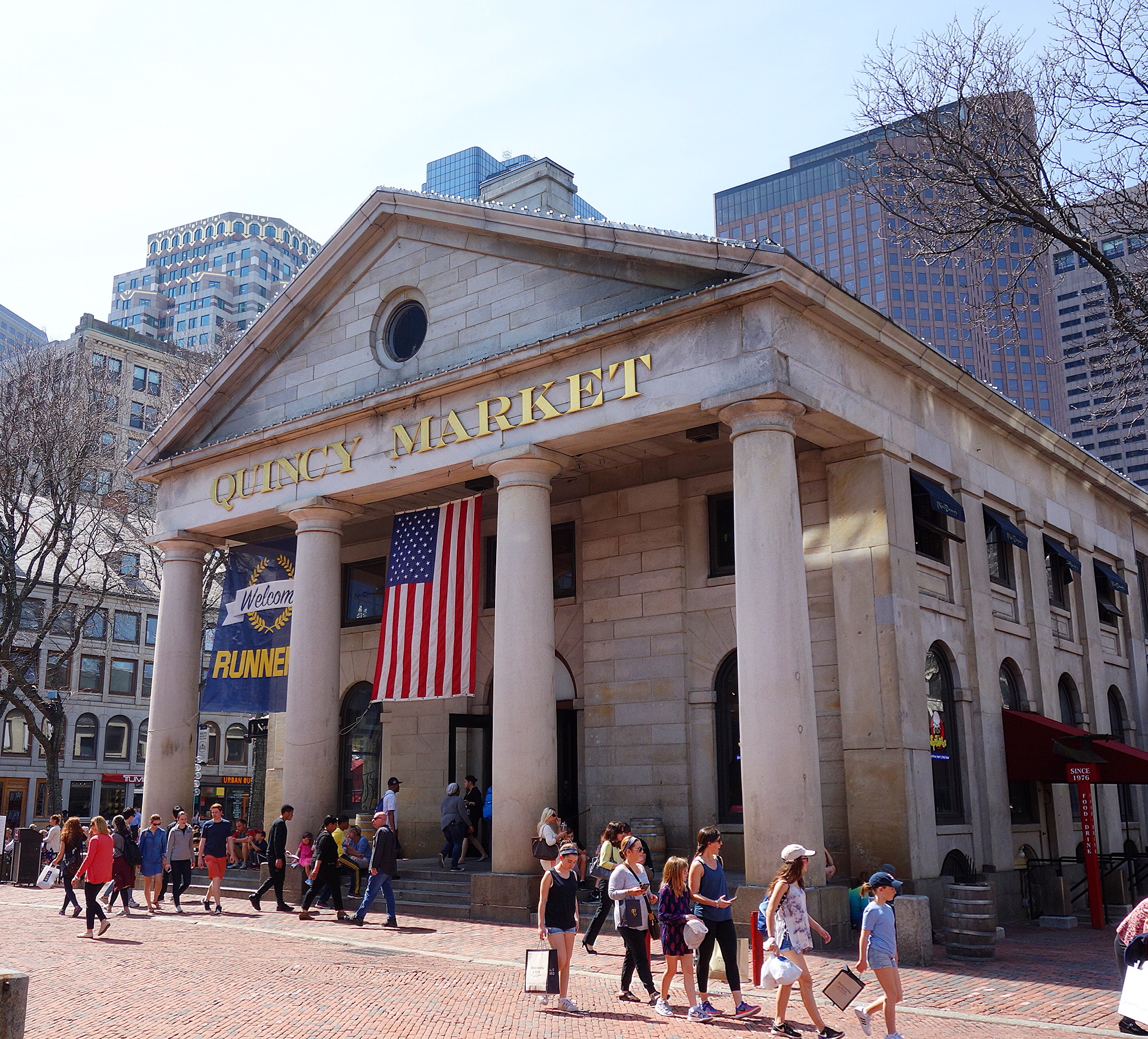 Eat and drink at 14 restaurants and pubs including Cheers, McCormick & Schmick’s, Ned Devine’s Irish Pub, and an off-spring of the famous Pizza Regina. In addition, you’ll find more than 36 international food vendors inside of the Quincy Market Colonnade, the largest food hall in New England.  Click HERE for more information. 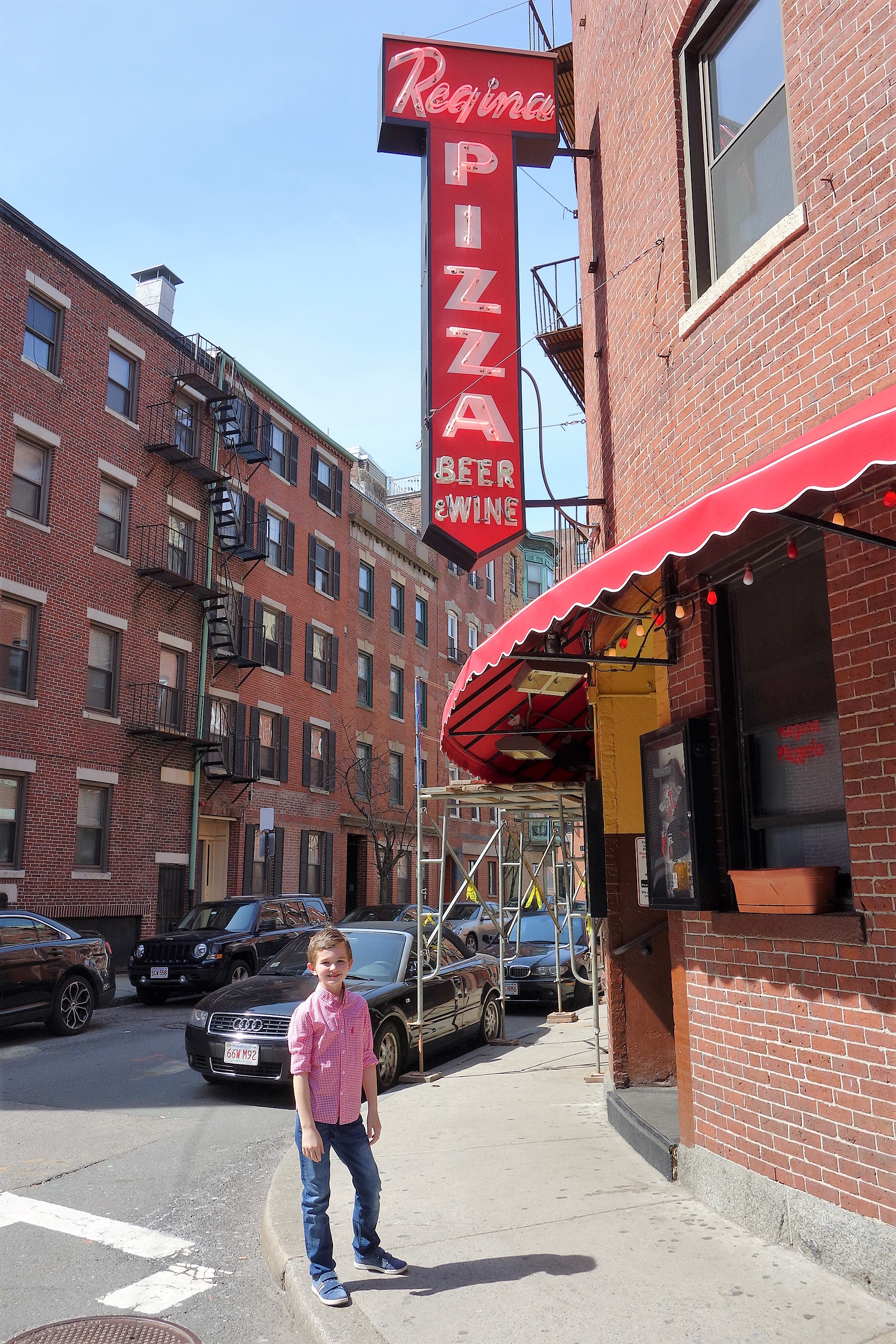 2.  Regina Pizzeria (or as Bostonians call it, Pizza Regina): Since 1926, Regina Pizzeria has been greeting guests in the North End of Boston with a hearty “Welcome to Boston’s Original Pizzeria!” For over three generations, Regina’s delicious brick oven pizza has been inspired by the love of good food and the special pride of the Polcari Family.  Just as famous as its pizza is the line that wends down the street waiting for a table.  Go for an early lunch or dinner during the week, and try to avoid weekends.  Click HERE for more info. 11 1/2 Thacher St, Boston (617) 227-0765.  After lunch, walk over to Mike’s Pastry, the 50-year old pasticceria, for world-famous cannolis, pastries, turnovers, cakes and more.  300 Hanover St.

3.  No-Name Restaurant: Shortly before the outbreak of WWII, and a year before Harry Frazee sold Babe Ruth to the New York Yankees, Nick Contos debuted a seafood stand on South Boston’s Fish Pier serving fresh catches to fisherman undocking from a long day. Nick didn’t name the place, and that name stuck. “If it works, leave it alone,” he said. Since then, the NoName has delivered fresh catches (now a restaurant) to locals and tourists alike.  HERE  15 1/2 Fish Pier East, South Boston, MA (617) 423-2705 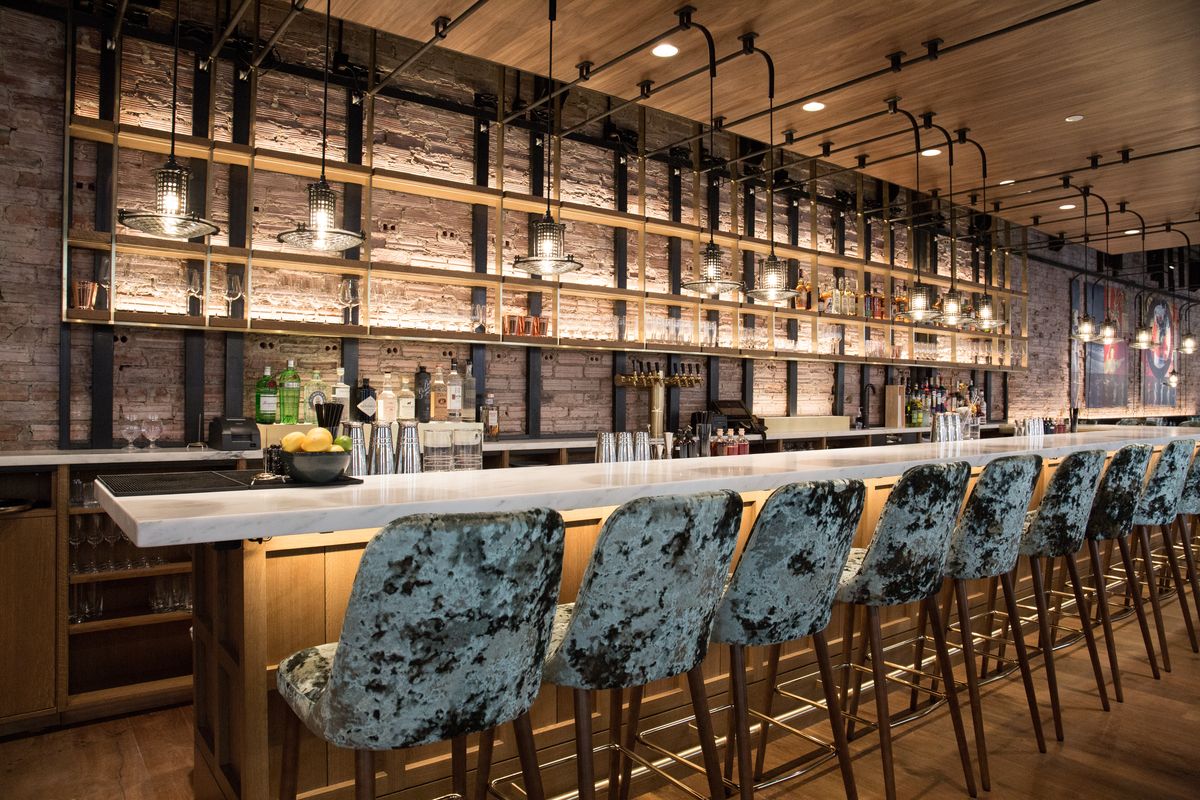 4. Les Sablons (NEW!), Harvard Square: Owned by the dream team of Shore Gregory and Skip Bennett, (the guys who brought us Island Creek Oyster Bar and Row34), along with co-owner Jeremy Sewall, the just-opened Les Sablons is located in the historic Conductor’s Building in Harvard Square. Named for a Paris metro station, Les Sablons says it’s simply a cross “between London and Paris.” The menu includes savory dishes such as beef tartare, monkfish, rye spaghetti and of course, oysters. 2 Bennett St.  Info HERE 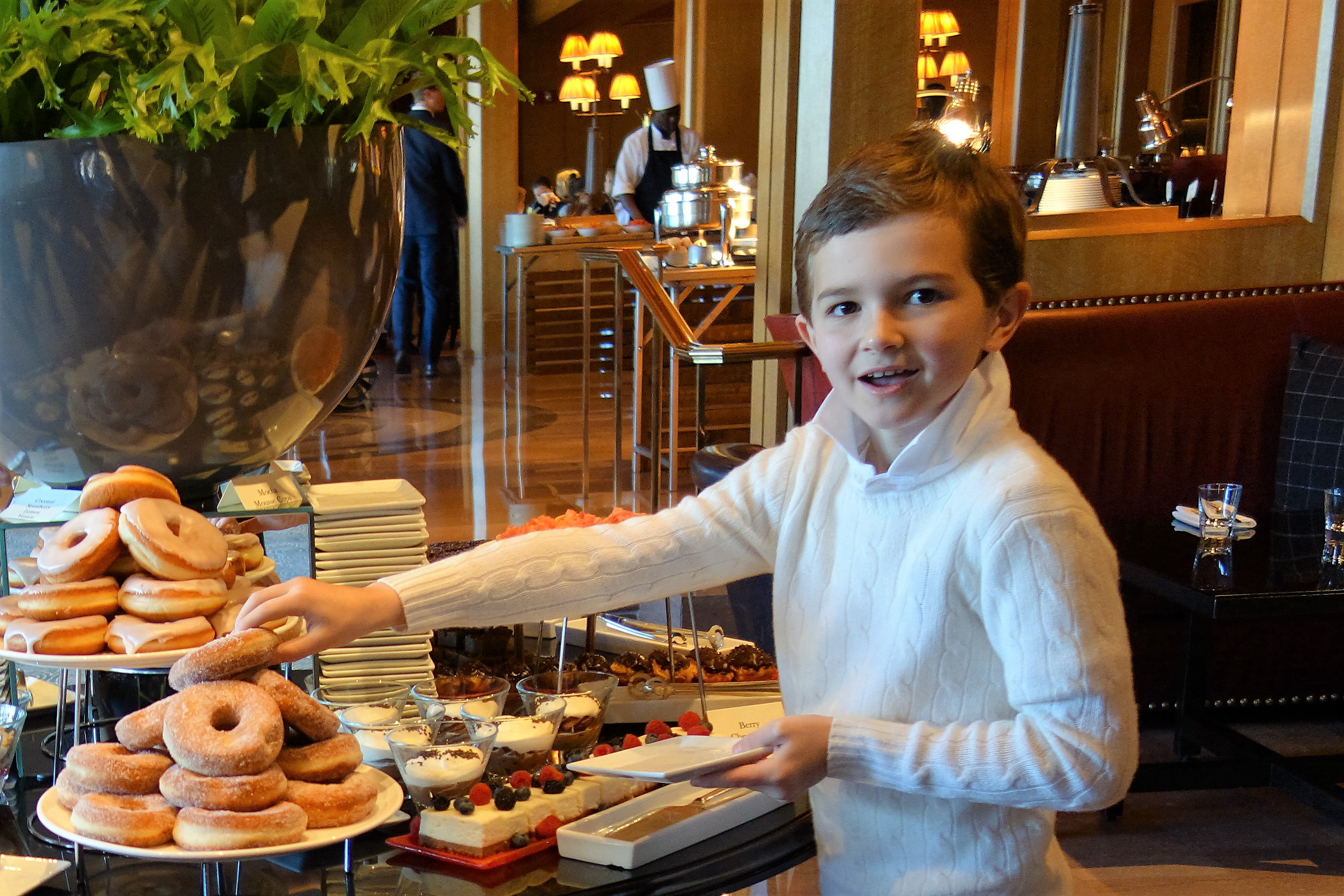 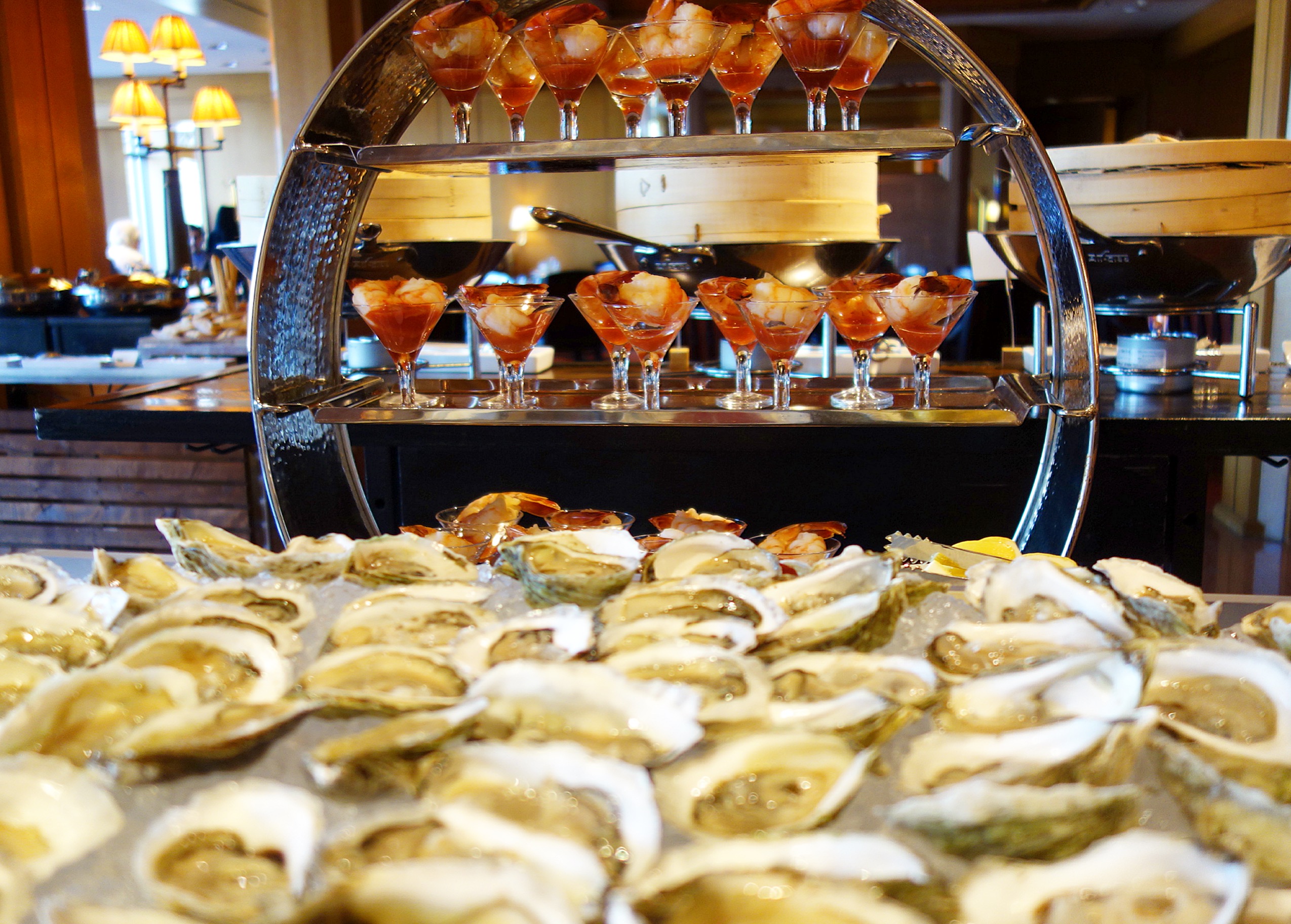