NEW KDHamptons Featured Property: A Contemporary Manor House With A Link To The Past

Beautiful brick garden walls, arched foundations, a carriage turnaround overlooking a tear drop shaped pool, and stone columns preserved from the original 1880’s summer manor owned by Grosvenor Atterbury, shaping myriad gardens throughout the rolling romantic property….. Sound like you’ve arrived at a turn-of-the-century villa in Umbria? Guess again!  Floating like a great ship on a hilltop overlooking the bay and ocean, this NEW KDHamptons Featured Property is actually in the coveted “Atterbury section” of Shinnecock Hills.  Take a tour of this magical compound below, which is currently offered at $2.595M. 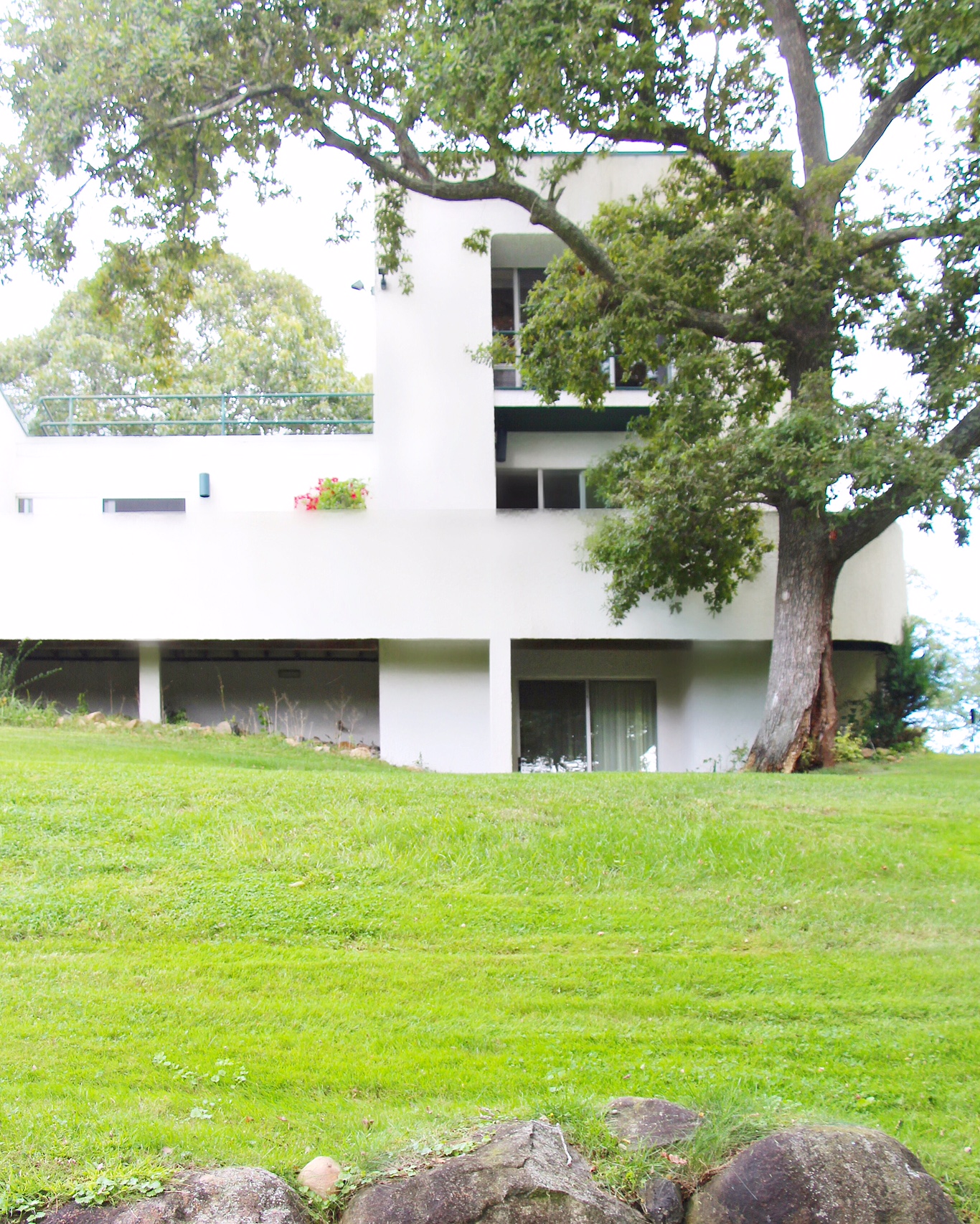 Co-listed by Robin Pauli and Mary Slattery of the Corcoran Group, the sprawling property is spread over two and a half acres.  Robin shares, “Atterbury is the rare jewel of the Hamptons, because it’s secret and private. The property is perched where the original Grosvenor estate was built, and although the manor burned down in 1929, many of the original structures still exist.  So it evokes a turn of the century, idyllic feel even with the modern architecture.  The covenants and restrictions accompanying the deed and written by Estelle Atterbury, Grosvenor’s daughter, were meant to preserve as much of this character as possible.” 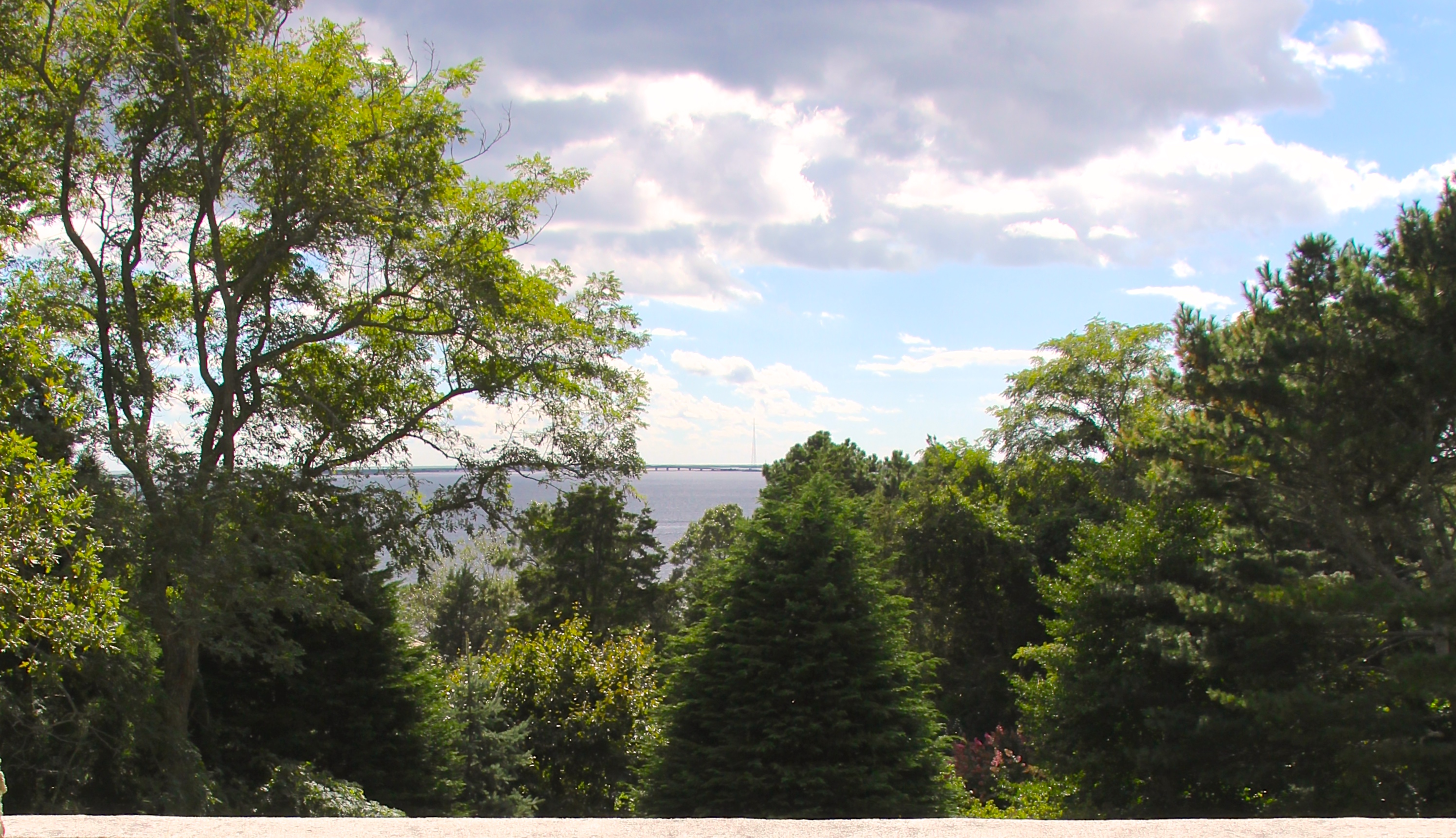 The impressive two level living spaces and dining rooms look out through a wall of sliding glass doors to Shinnecock Bay and the Atlantic Ocean, along with a huge deck that runs the length of the house, and floats above a bank of rolling lawn.

The home is currently owned by longtime East Enders, Francesca and Hans Pauli, whom we all still affectionately call “Mr. & Mrs. Pauli”.  Everybody who frequents Sant Ambroeus in Southampton recognizes Mrs. Pauli as the doyenne of the restaurant. She and Hans, have been the constant presence in the store for decades, and Hamptonites feel “at home” when they walk through the door on Main Street. The Pauli’s began their restaurant career in Milan with their first panino bar Via Quadrono in the late ’60s, followed by several more and Sant Ambroeus Milan. Their son Dimitri continues the family tradition in New York and Southampton, and will be opening a Palm Beach outpost this fall. 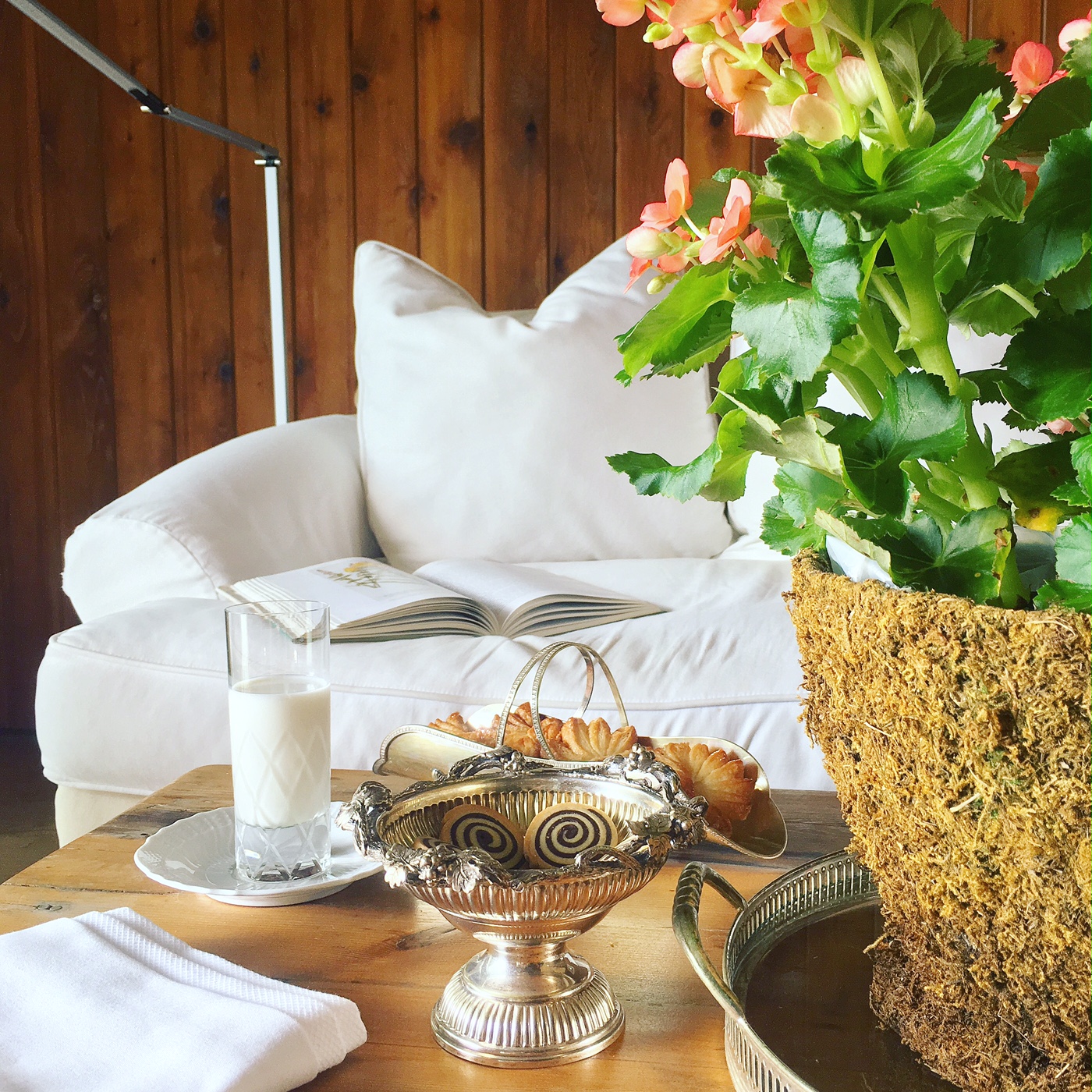 The home was purchased by the Paulis in 1993. All of the antiques are from Italy, meticulously collected over many years. Although the home is not being sold furnished, KDHamptons had to hear the stories behind some of the most special pieces from Mrs. Pauli, so I popped over to the restaurant for a cappuccino and some reminiscing.. 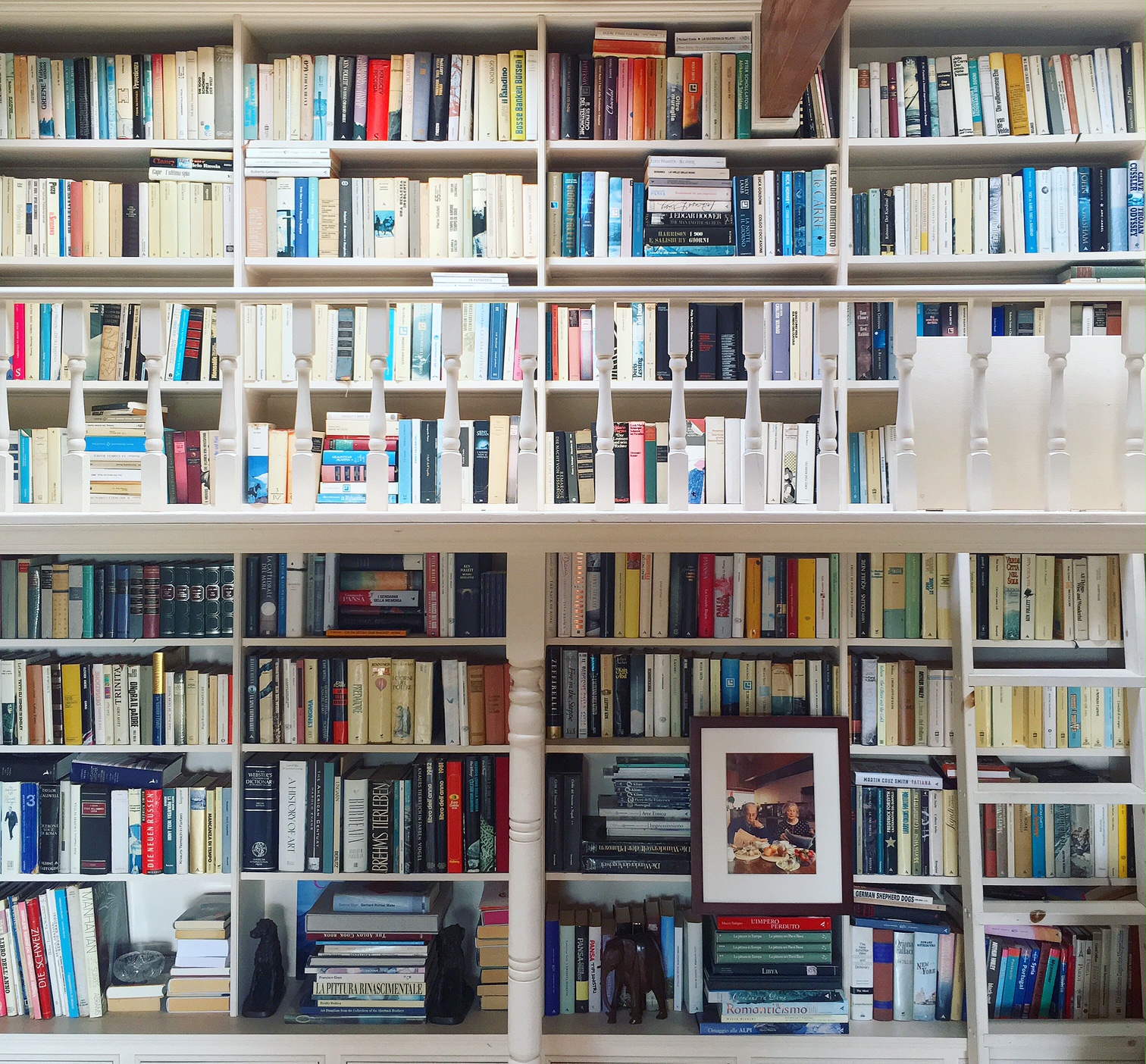 Bedroom suites are separated at each end of the home, and a spiral staircase leads to a painting studio and private deck. Every room opens with sliding doors to the deck, verdant views, and unforgettable sunsets. 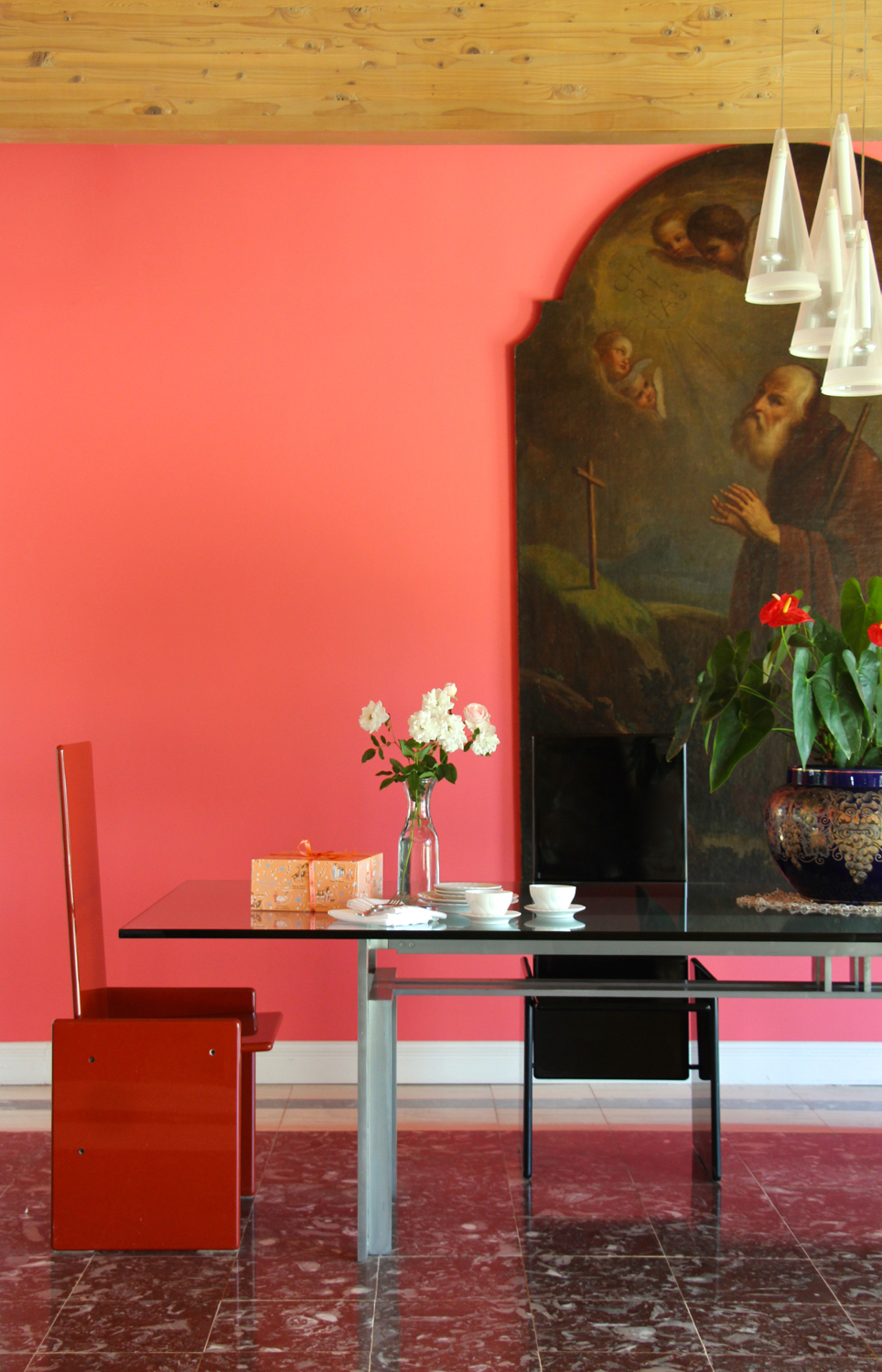 The vintage lacquer “Kazuki” chairs are by Kazuhide Takahama, and the table is by Doge. The Pauli’s salvaged the 13th century painted wood mural of St. Frances of Sale from a Milanese church which was being demolished. 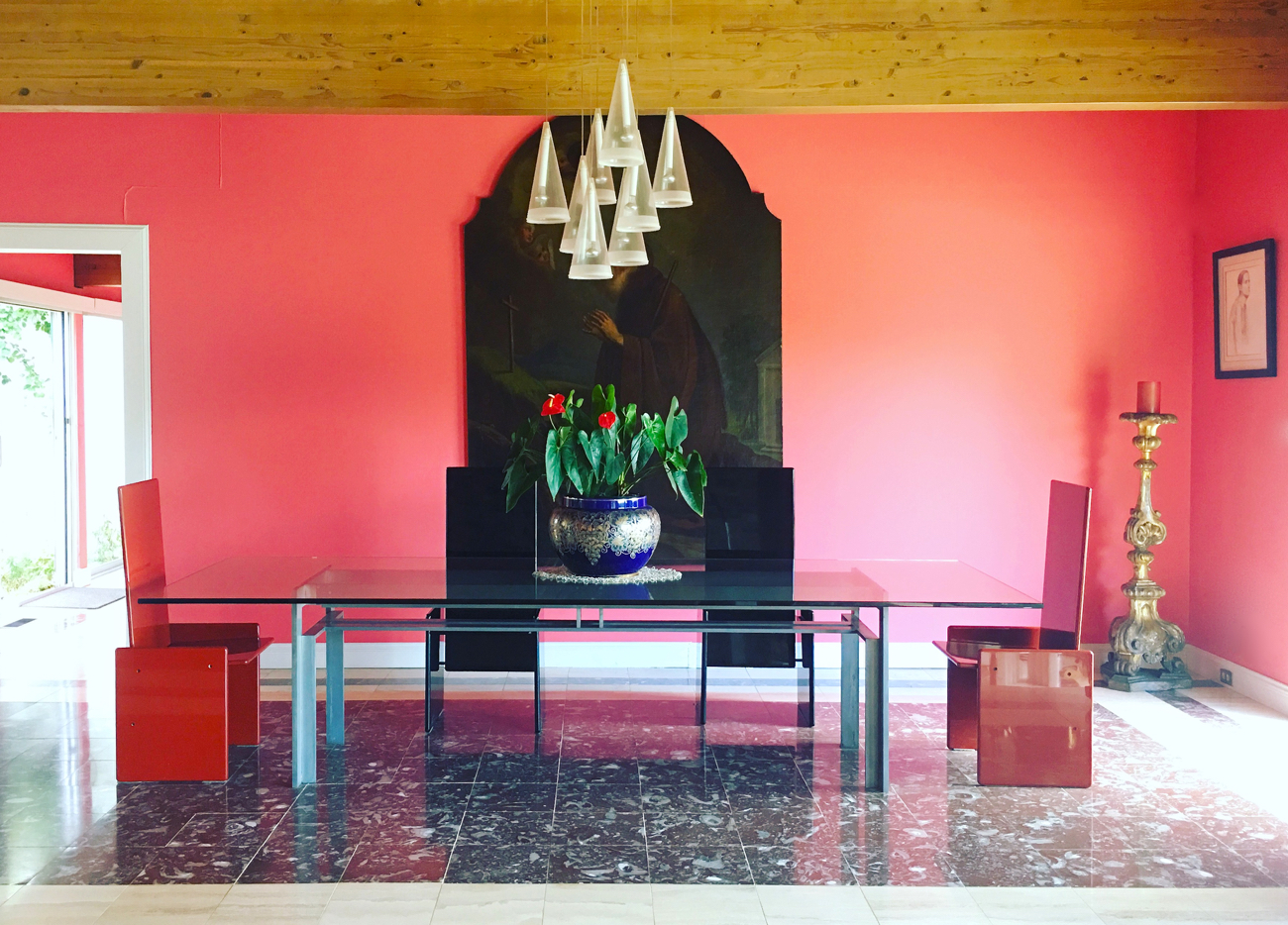 The vintage chandelier is by Floss, and carved wood candlestick from the 14th century. 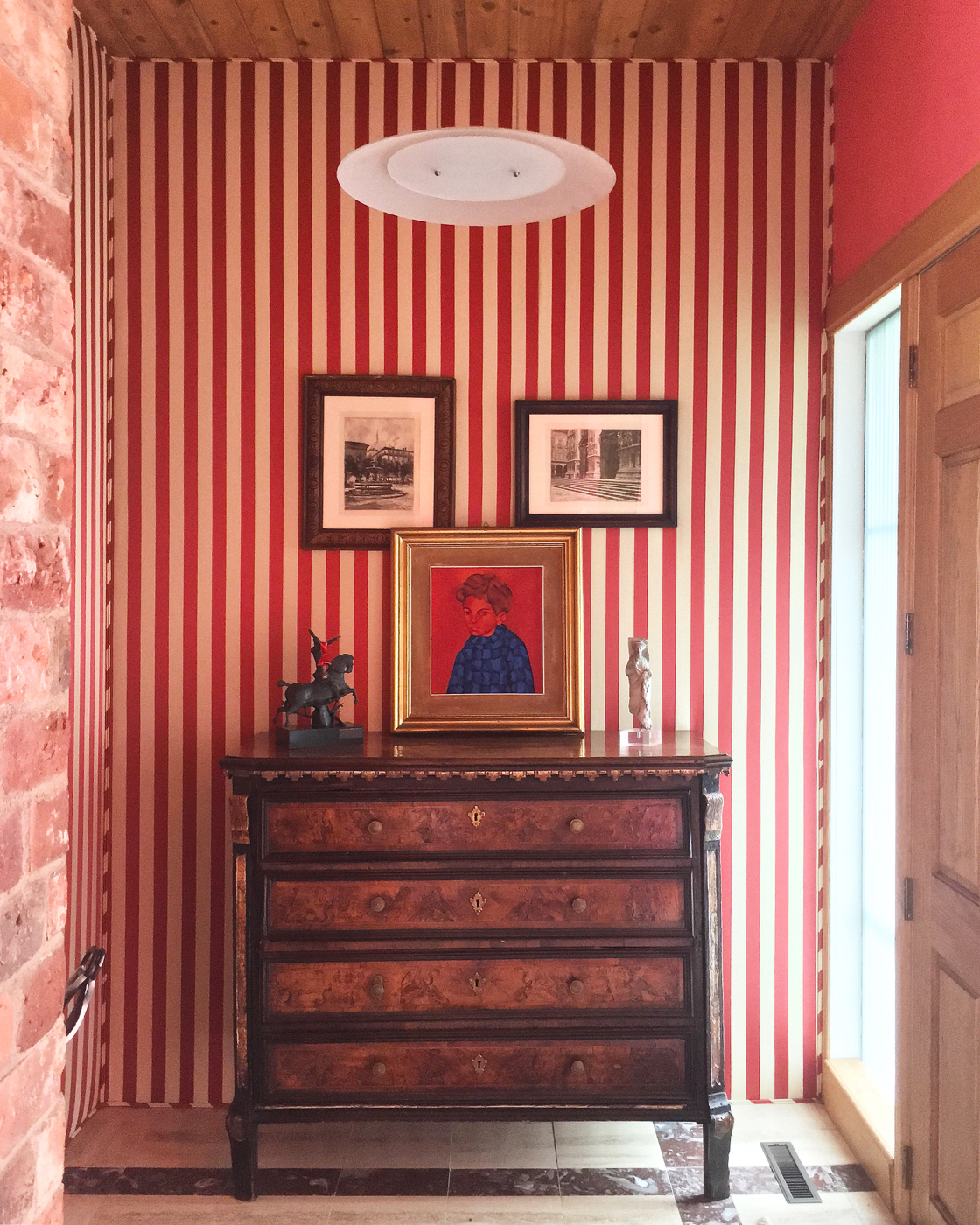 The 14th century chest in the fabric-lined foyer is from a convent in Italy – its pair is upstairs in Francesca’s bedroom. 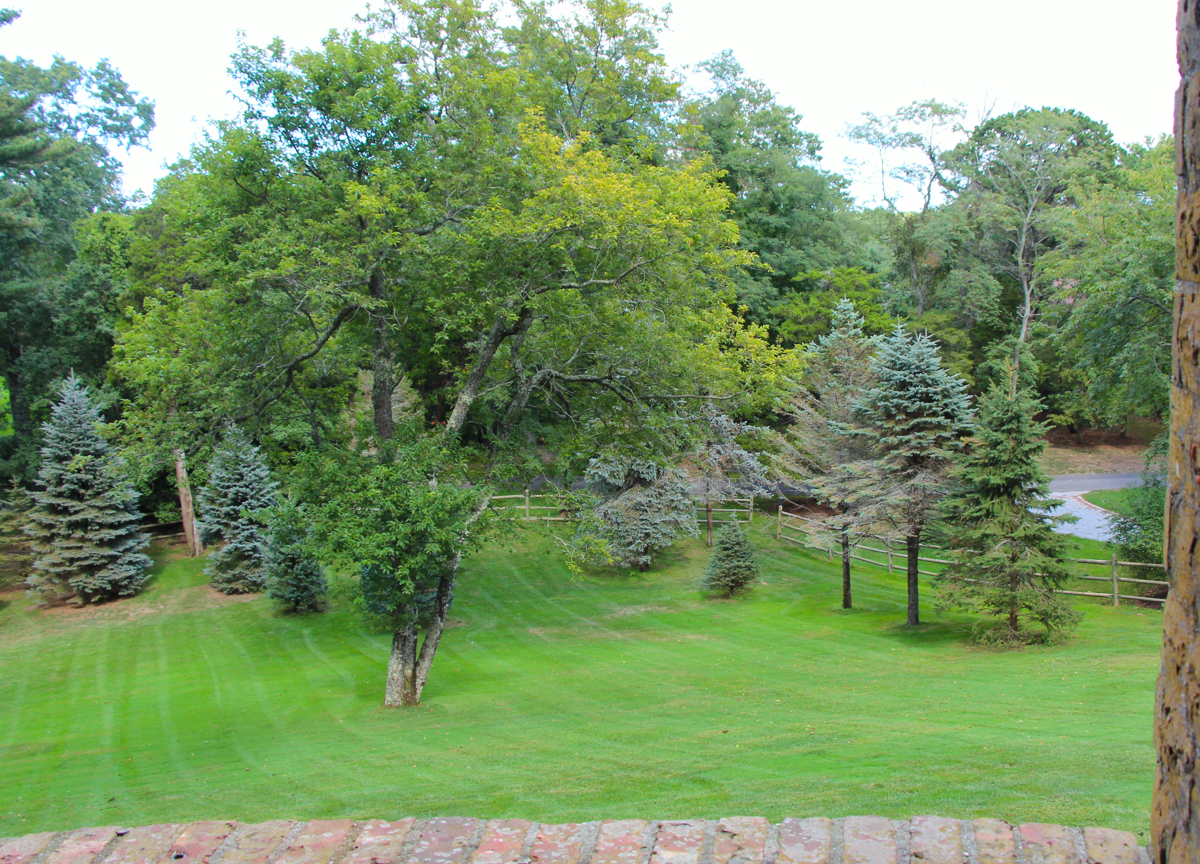 The original carriage turnaround is where the pool is now situated, adjacent to the location of the original rose gardens in front of the house, below.  A beautiful Beech tree along the driveway is protected by the town, as  it is over a century old. Another perk of the property?  The location is east of the canal, but west of the worst of the traffic. 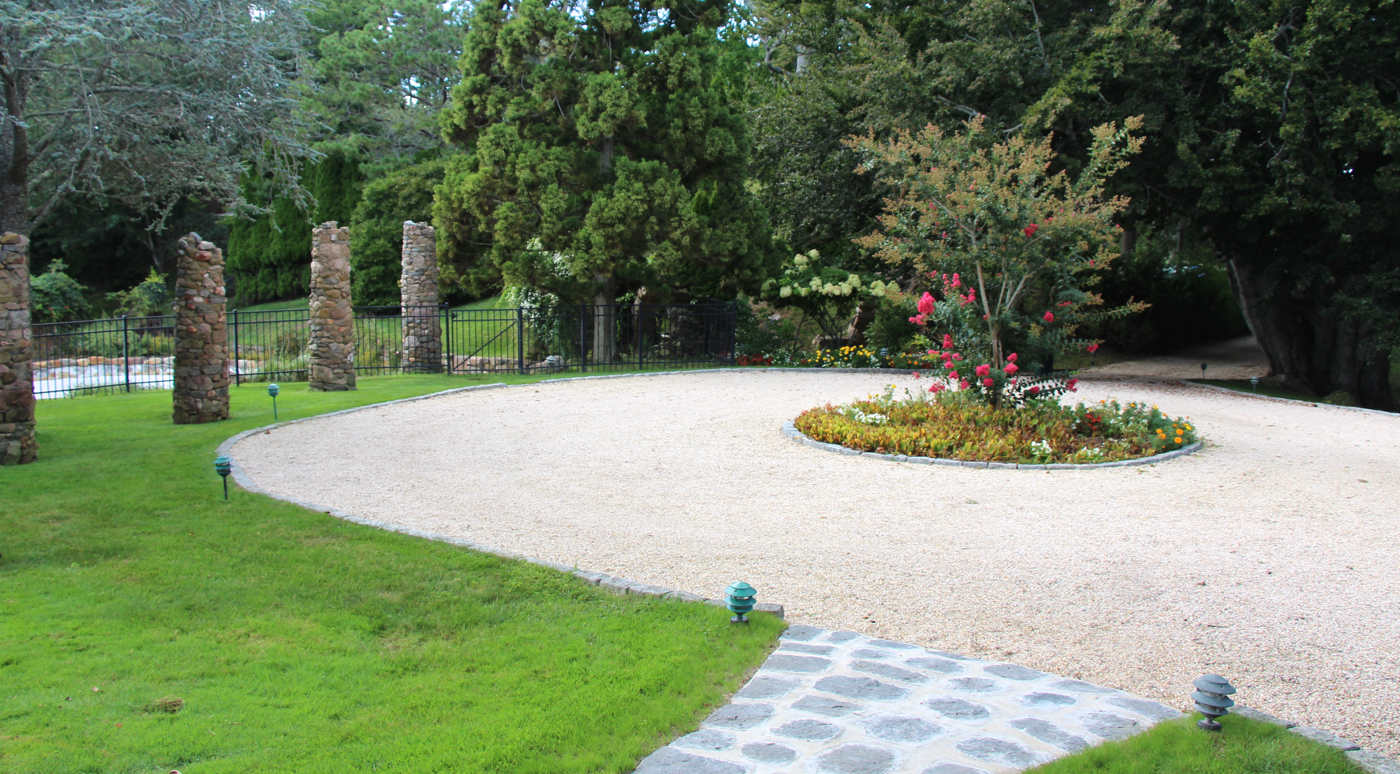 *Photos in this feature by Kelli Delaney