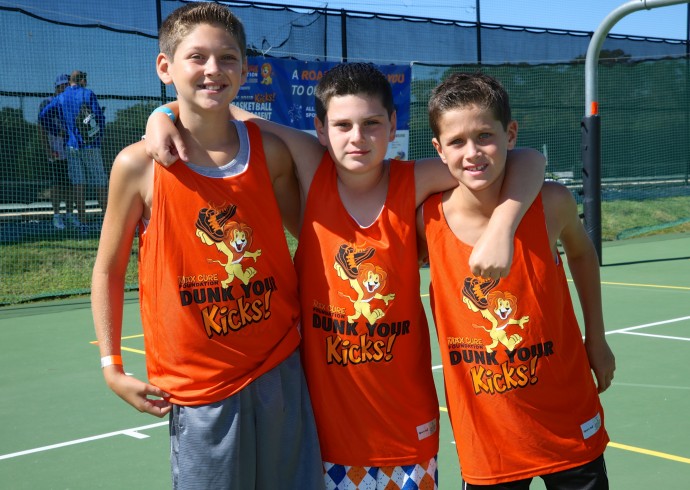 The Max Cure Foundation took the “Roar” to the basketball courts this past Saturday in The Hamptons. The New-York based non-profit hosted the Dunk Your Kicks 3 on 3 Basketball Tournament and Family Fun Day at the Ross School.

The event raised awareness to the fight against pediatric cancer. Those who attended were also encouraged to bring a used pair of sneakers for Max Cure’s Dunk Your Kicks program. Along with the basketball tournament, Camp Divalysscious was there with plenty of kids’ activities, face painters, tattoo artists and a red carpet for kids to walk on. And1 Live Streetball Tour, the next generation Harlem Globetrotters, took part to show off some of their own skills on the courts. 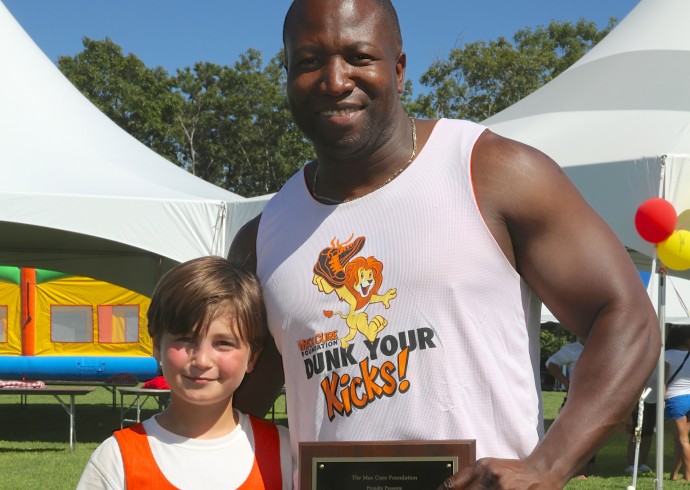 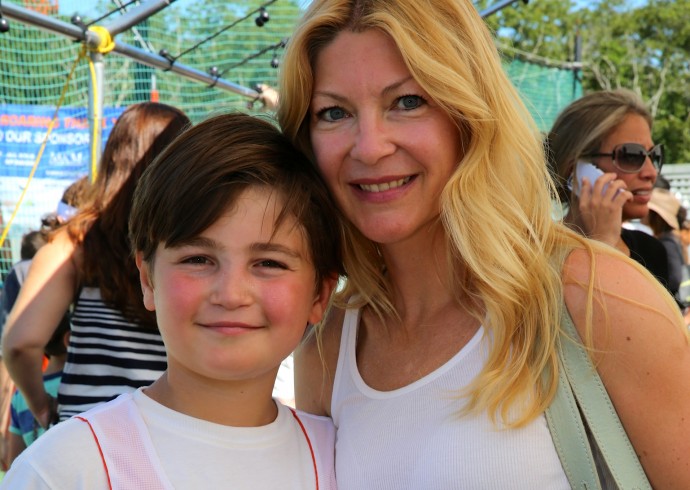 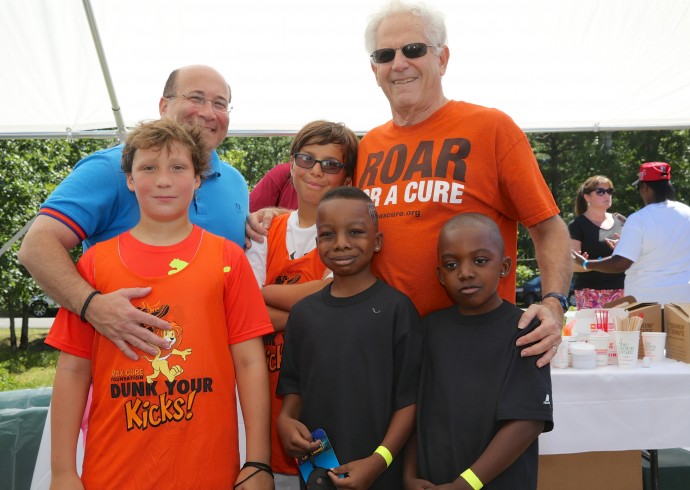 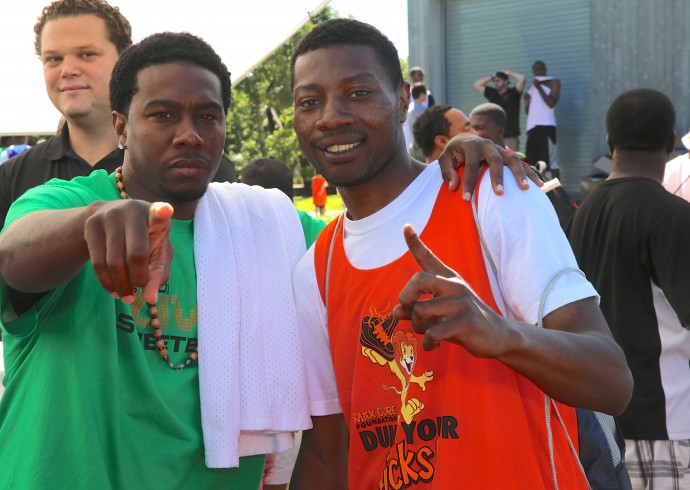 More than 165 players came out to play with more than 300 spectators surrounding the courts at Ross School. Over 36 teams participated in the 3 on 3 basketball tournament. The net proceeds from the event went towards The Max Cure Foundation’s mission to advance the fight against pediatric cancer. Aside from monies received from this event, for every pair of used sneakers donated, The Max Cure Foundation was able to donate an average of $1 towards their Roar Beyond Barriers program where they support low-income and military families who have children battling pediatric cancer. 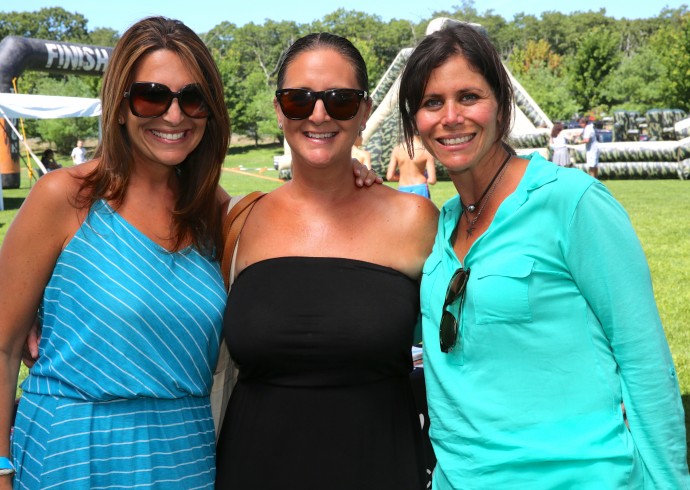 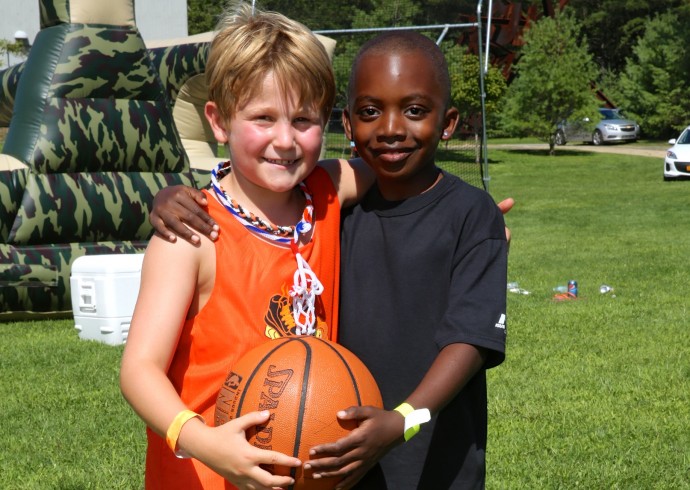 The Foundation also honored former East Hampton High School and Southampton College basketball star, Amos Ryan. The award was given to Ryan by Ed Petrie, former legendary East Hampton High School basketball coach. Ryan’s jersey was retired at Southampton College after he became one of the leading scorers and top rebounders in the school’s history. Amos is now a New York City Police Officer. Two years ago his then 13-year-old daughter, Manijeh, was diagnosed with brain cancer. She is still battling the disease today. The Max Cure Foundation was honored to present Amos Ryan with the Roar Beyond Barriers Award. 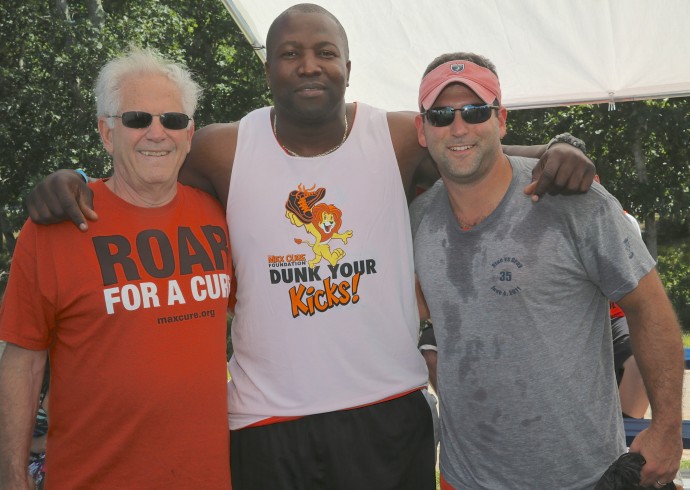 MORE ABOUT THE MAX CURE FOUNDATION:
The Max Cure Foundation (MCF) is a 501(c)(3) public charity dedicated to advancing cures for pediatric cancers, funding the development of less toxic treatments for children, including the funding of an immune cell therapy lab at Memorial Sloan-Kettering Cancer Center dedicated to alternative treatments for children battling the disease. MCF also provides low income and military families who are battling pediatric cancer with emotional and financial support while seeking to inspire children with the disease to confront it with courage, hope and bravery.