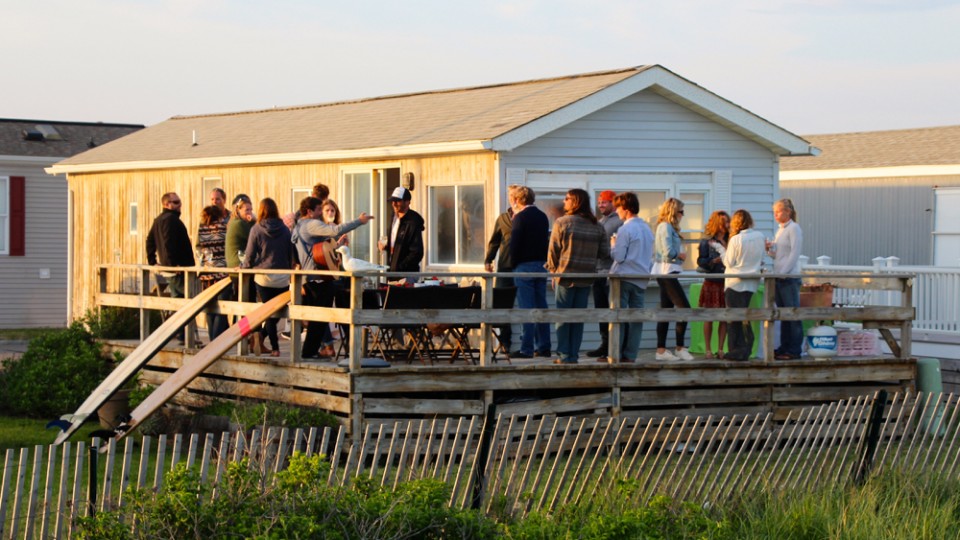 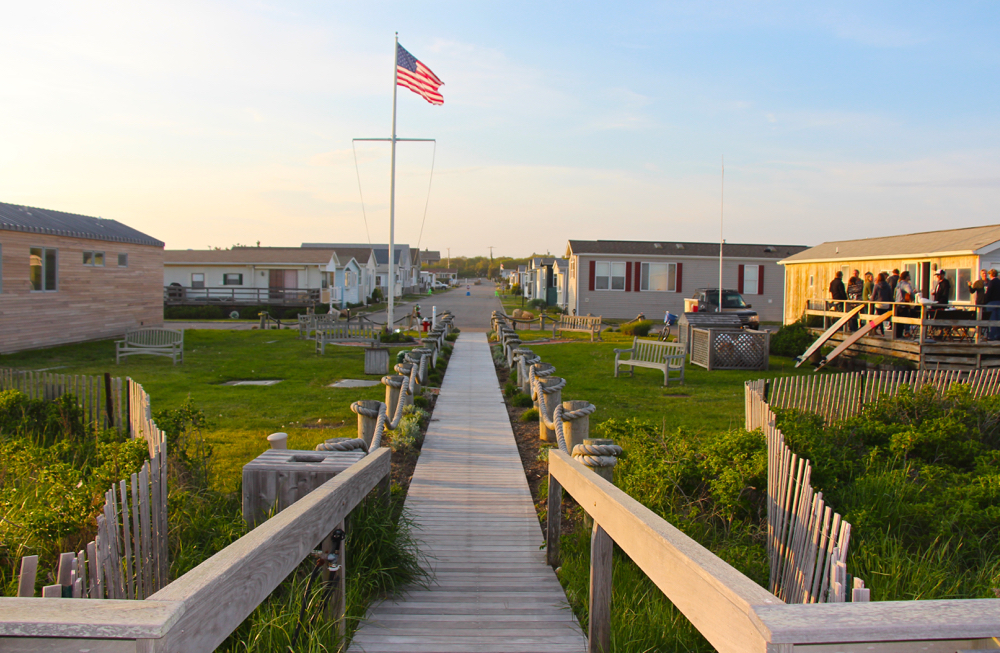 The view of O’brien’s trailer [right] from the beach.

“A great party should be a reflection of the spirit and personality of the host,” shares Janet O’Brien of Janet O’Brien Caterers + Events.  Known across the Hamptons for her customized menus, flawless production, and decorative and delicious flare, Janet meticulously plans and produces events from anniversaries, to charitable events, to private weddings and Hollywood parties.  Wouldn’t you like to know how O’Brien entertains at home?  KDHamptons cohosted a Sunset Taco Night at Janet’s awesome Montauk trailer on the beach at Ditch Plains. Stack the deck with local surfers, musicians, writers, designers, and an oyster farmer….stir up some Casamigos Ginger Margaritas, and grill up some fresh caught fluke and you’ve got yourself a magical night in Montauk.  Check out our NEW KDHamptons Feast End Diary of the party, below: 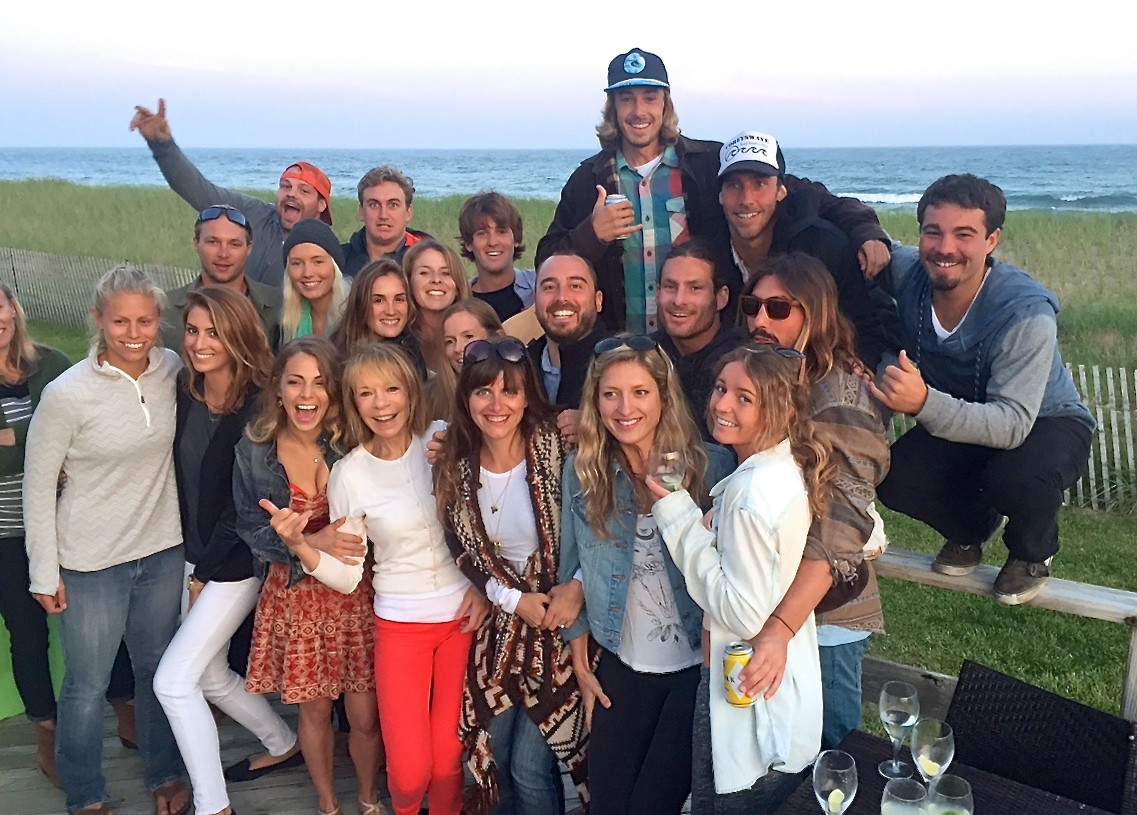 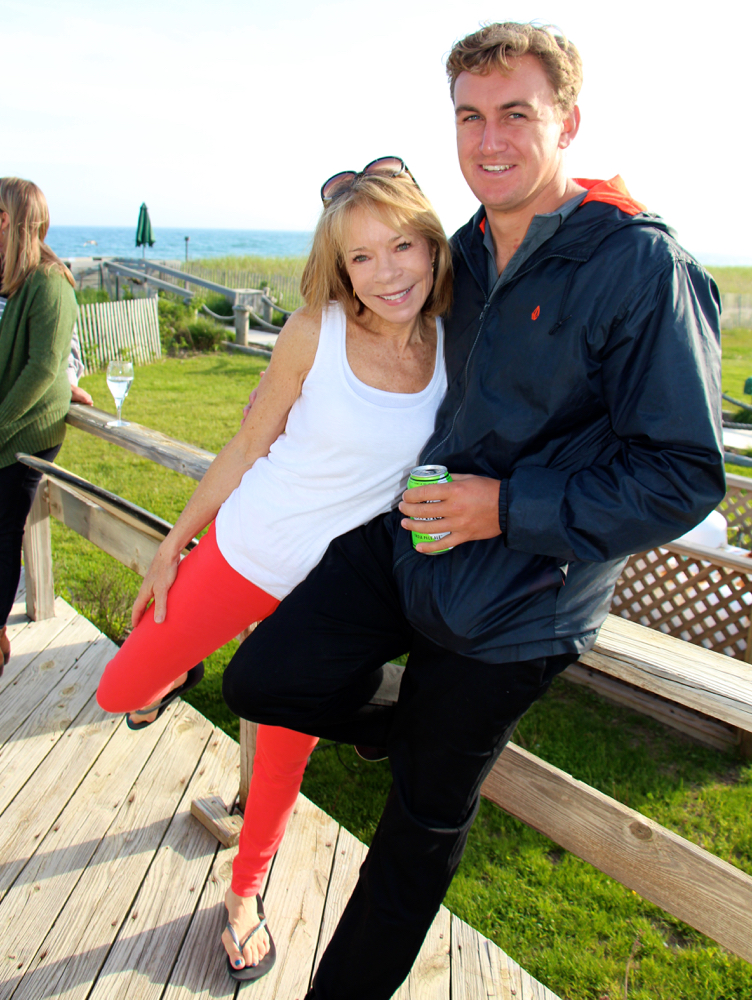 Janet O’Brien with Grant Monahan on the deck of her Ditch Plains trailer.

KDHamptons: How long have you lived in your Montauk trailer and what do you love most about it?
Janet O’Brien:  I purchased the trailer in the fall of ’05.  I feel like I float in the ocean while I’m there.  The sky at night is beyond magic.  The full moon shines down on the deck…. there is an energy here that is unexplainable.  I spend most of my time in Montauk in the fall, when it is so peaceful and usually good waves.  It’s the best place to share with friends, so much happiness on that deck.  Seeing the wave first thing in the mornings, and letting my besties know if surf is up!
Sleeping and listening.  Being the lucky blessed girl who was gifted such a spot from the Gods!  I pinch myself on a regular basis….. 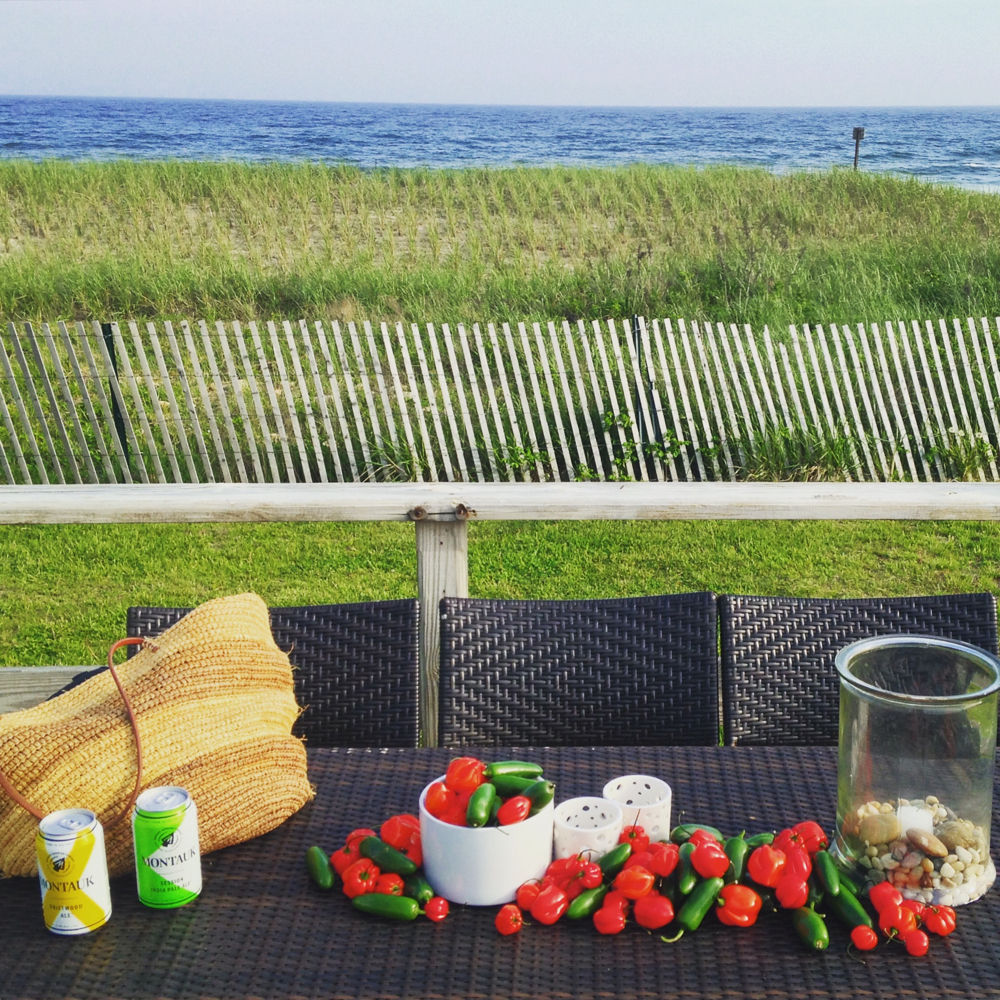 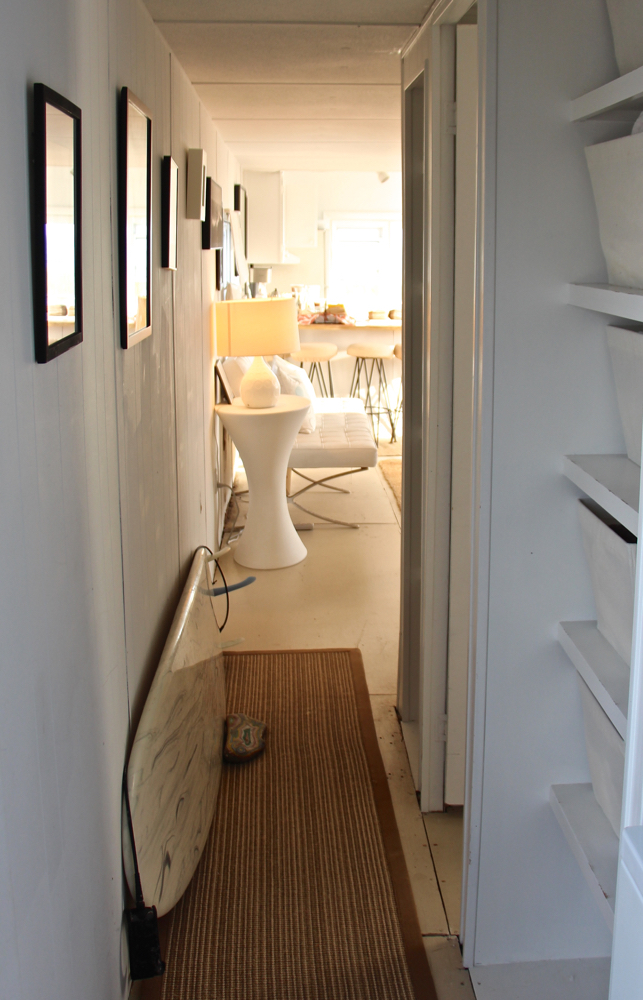 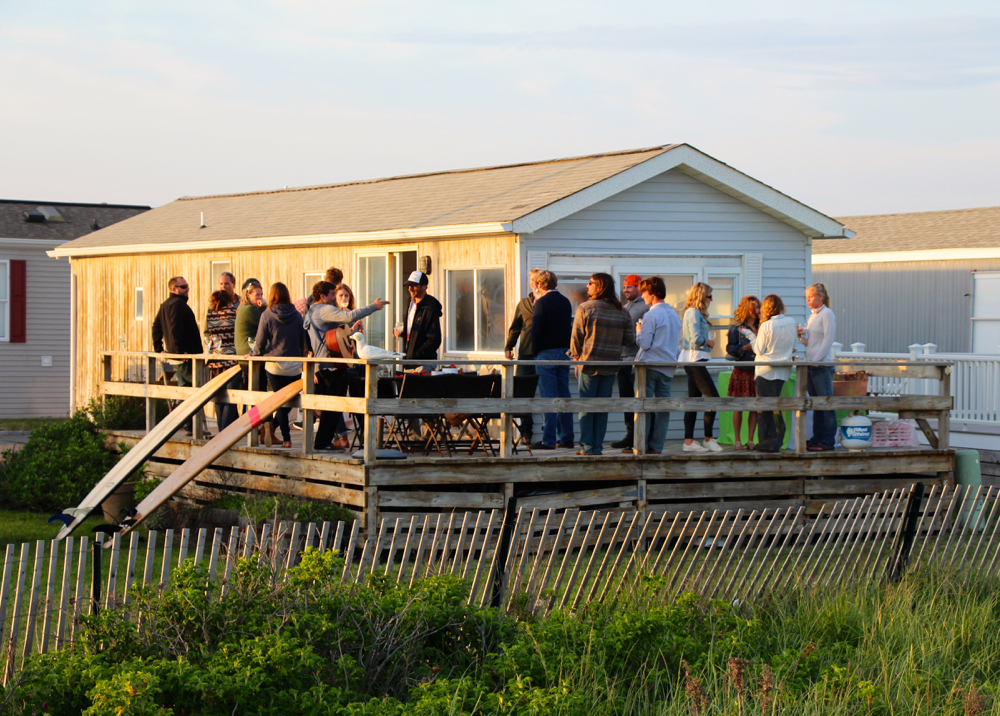 KDHamptons: How would you describe your personal entertaining style?
Janet: Very casual, and can be last minute depending on the swell and if the “crew” is out. It’s always great fun to feed hungry surfers. My fridge always has chilled Bedell Rosé and probably some Champagne, and Montauk Ale. My neighbors and friends come by with fish they caught earlier in the day, and Gavin’s Dad, Glen. Hoping Mike will come more often with his delicious oysters!  My favorite moment of a party is when everyone is gone, and I’m on the deck dancing, pinching myself under the moon and stars and really and truly singing out loud! 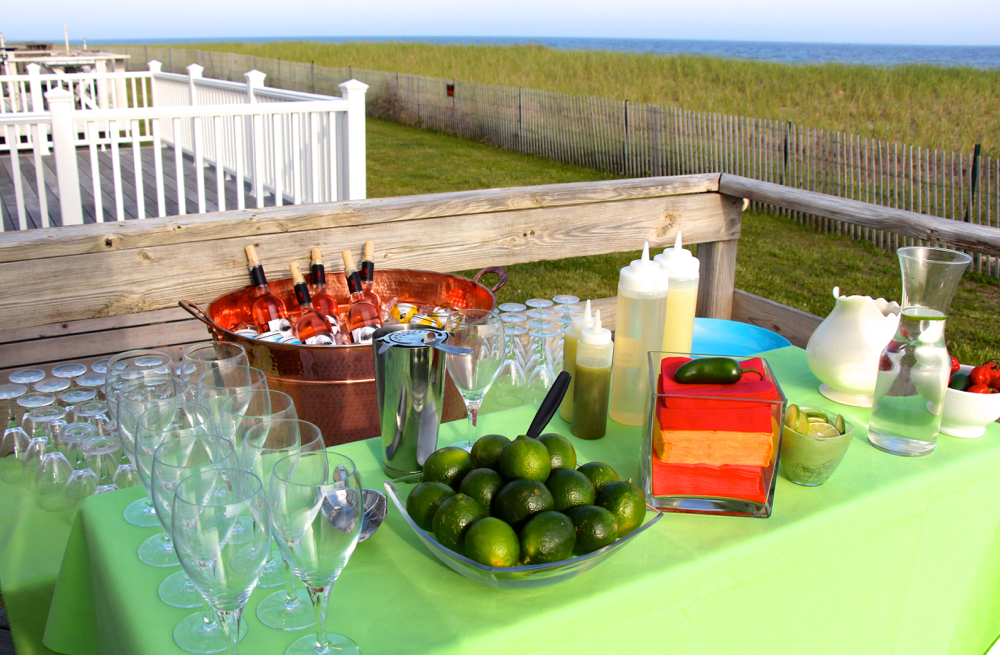 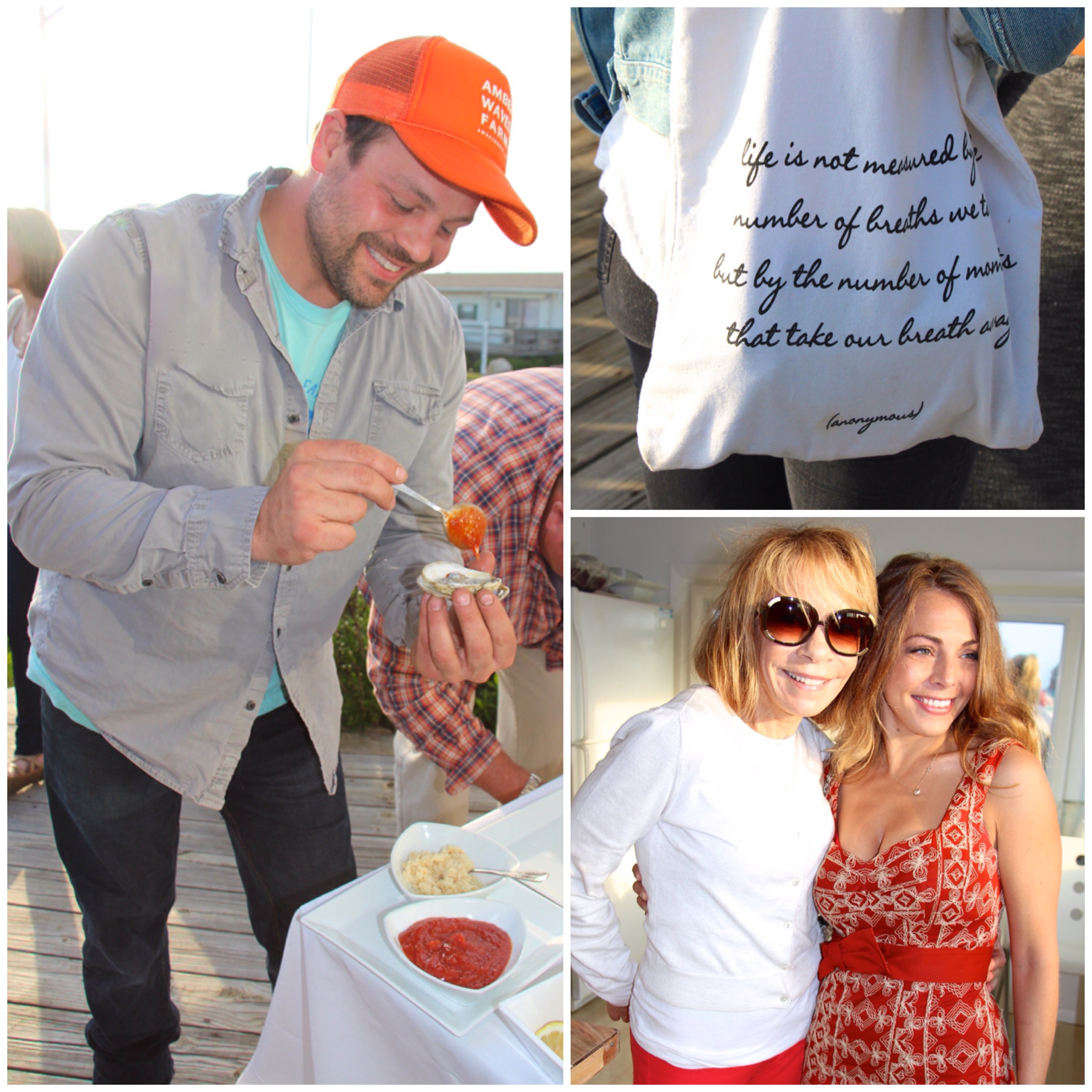 Shawn Christman dives into the oysters, and Janet rocks red with London Rosiere 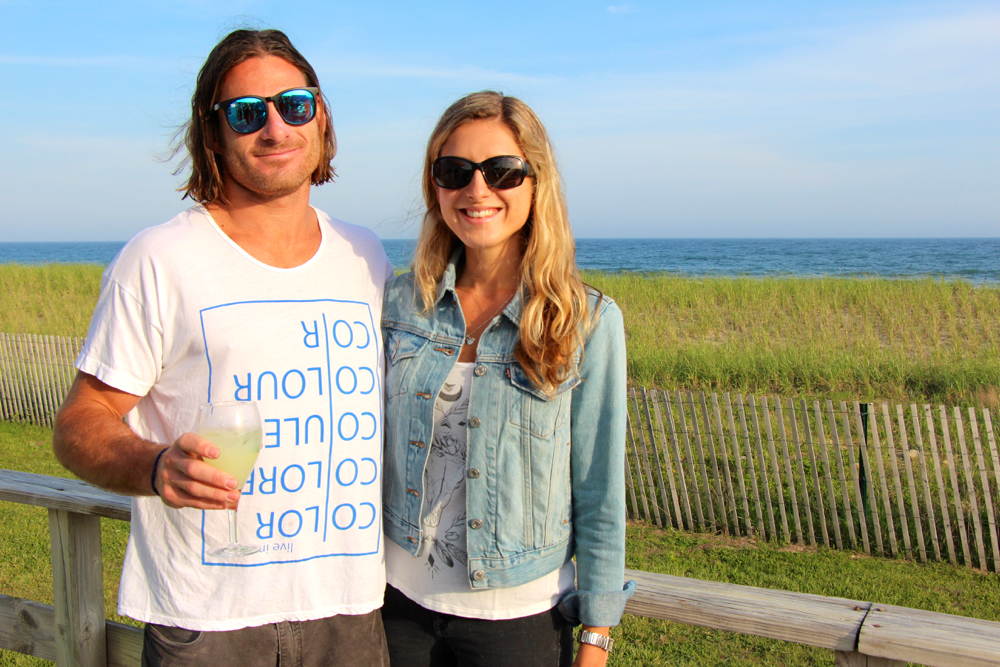 KDHamptons: Please share the menu for the night with our readers?
Janet: I got the fresh fluke from Jack, a local Montauk fisherman.  Mike Grande brought incredible oysters that he grows in Lake Montauk [I hope he shows up more often − everyone loved them!].  I prepared all of the sides in the afternoon and threw them in the fridge, including: 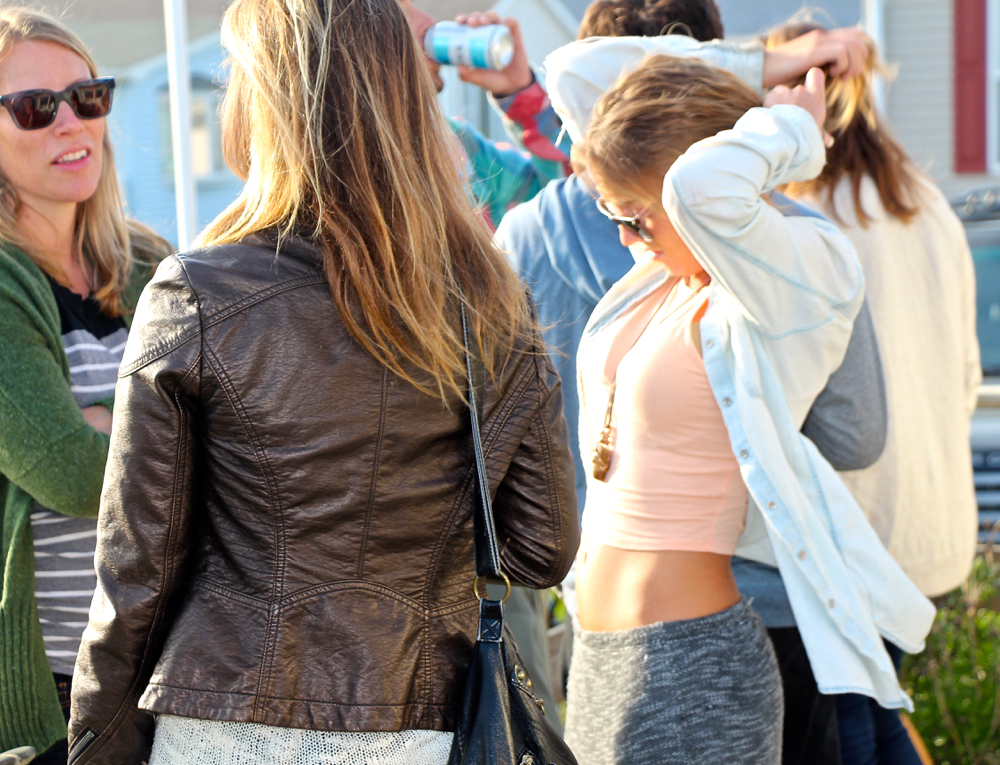 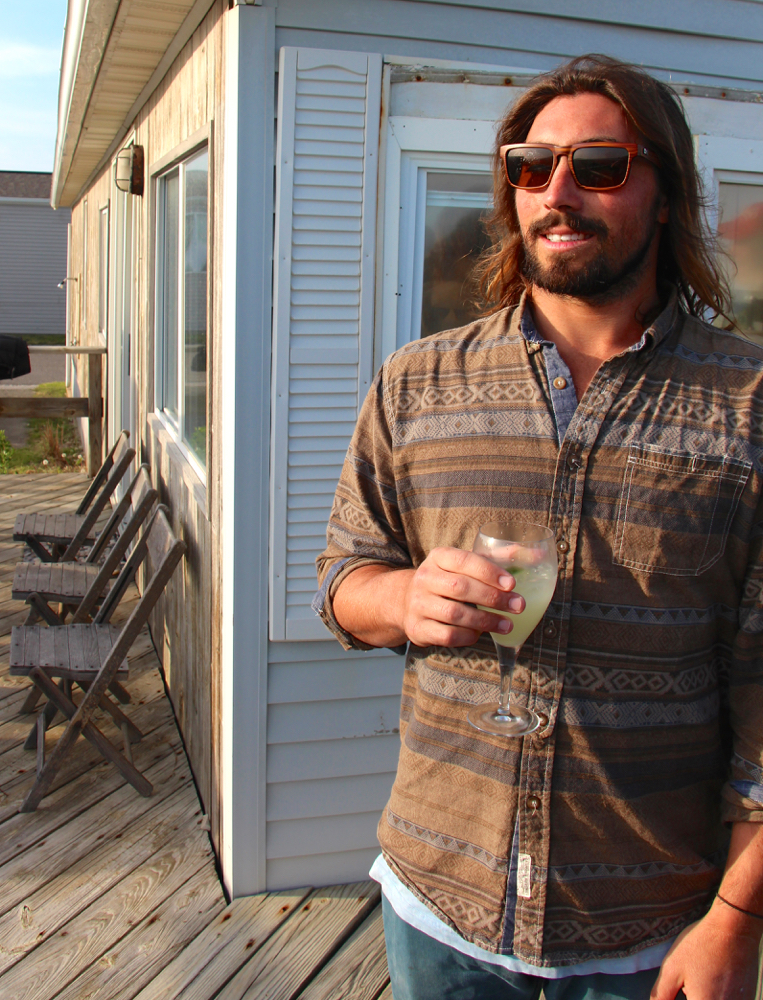 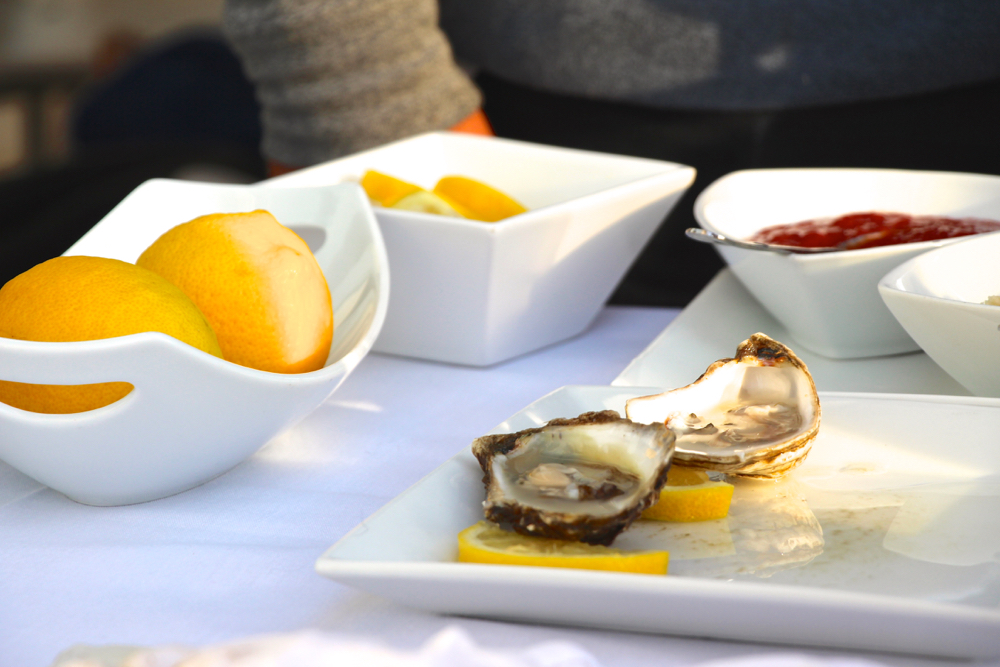 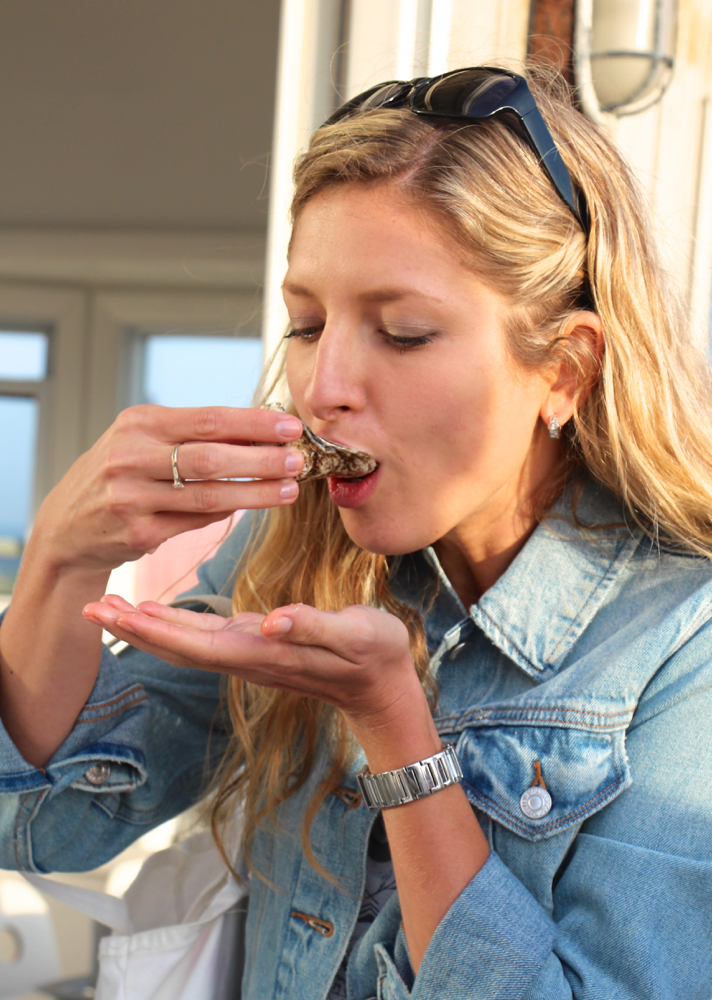 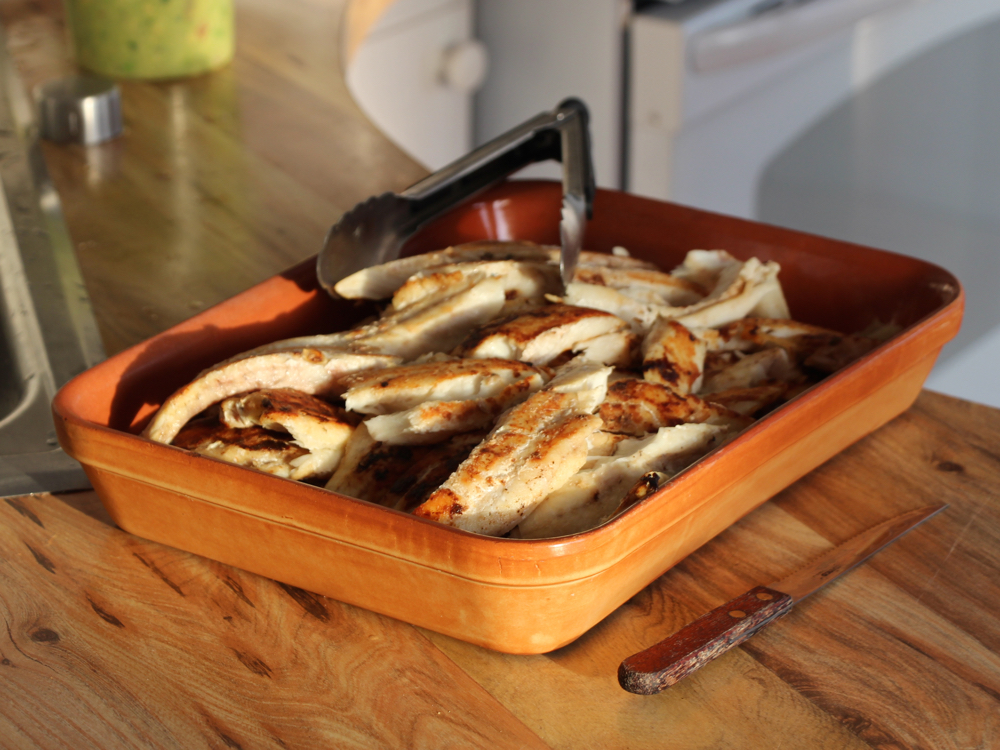 KDHamptons: How long have you been surfing?  How does it make you feel?
Janet: I’ve been surfing for ten years, but I’m not the best. I found my “spot” in Northern Peru, but can’t play down Ditch in the fall.  I go to the same village in Peru twice a year. I’M IN LOVE WITH IT. I “charge it” there. Perfect waves, not crowded, and tons of handsome local guys that love my blonde hair.  I feel (effing!) fantastic after a good session.  Like an epic Powder Day in Aspen (where I spend my winter season).  I’m in love with it. Totally. 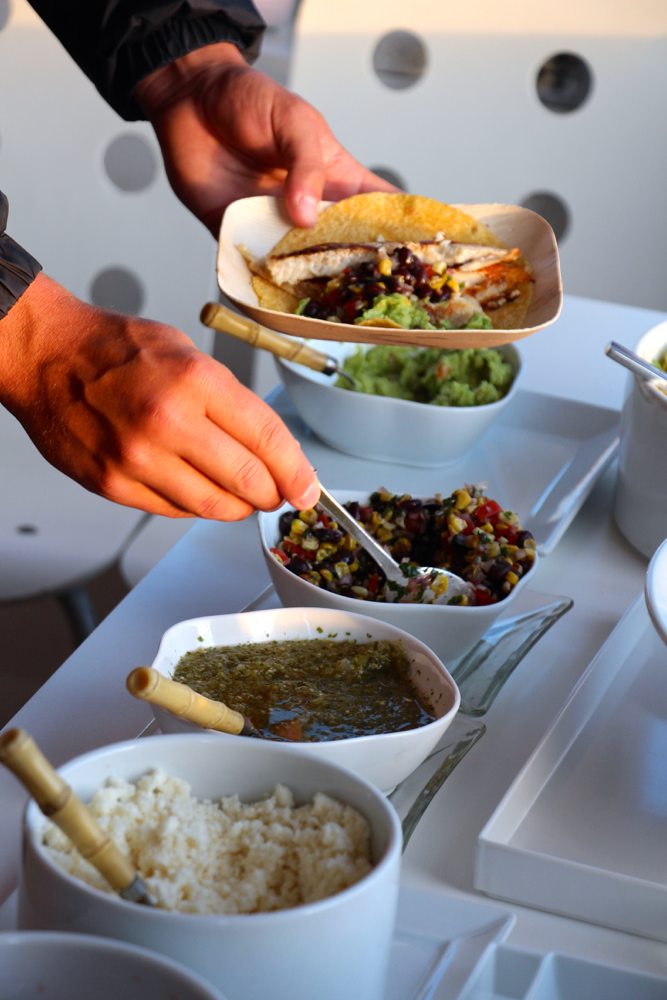 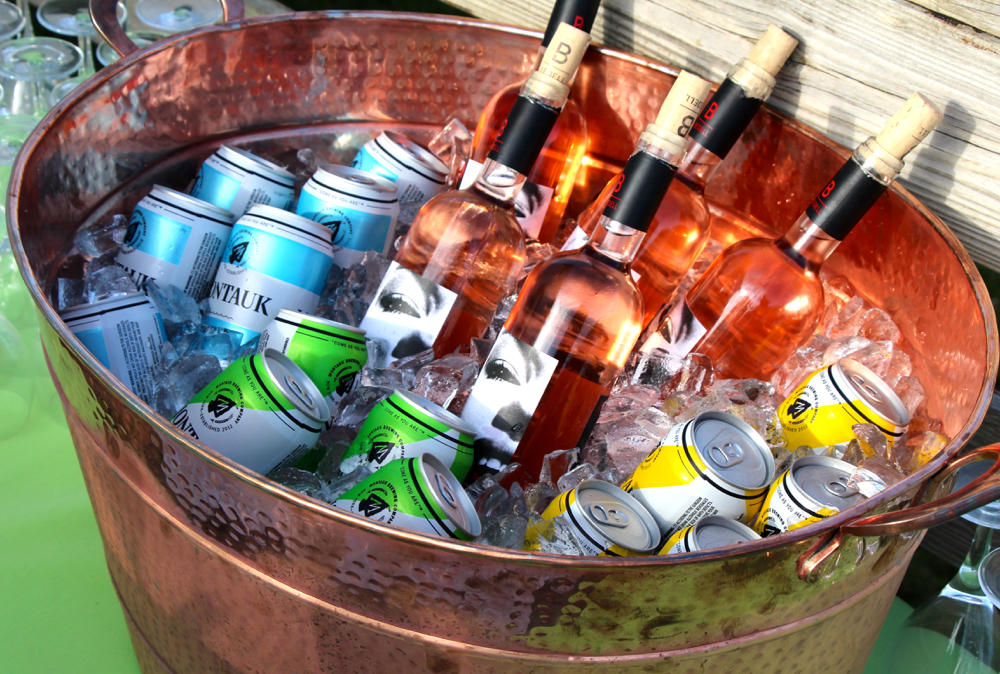 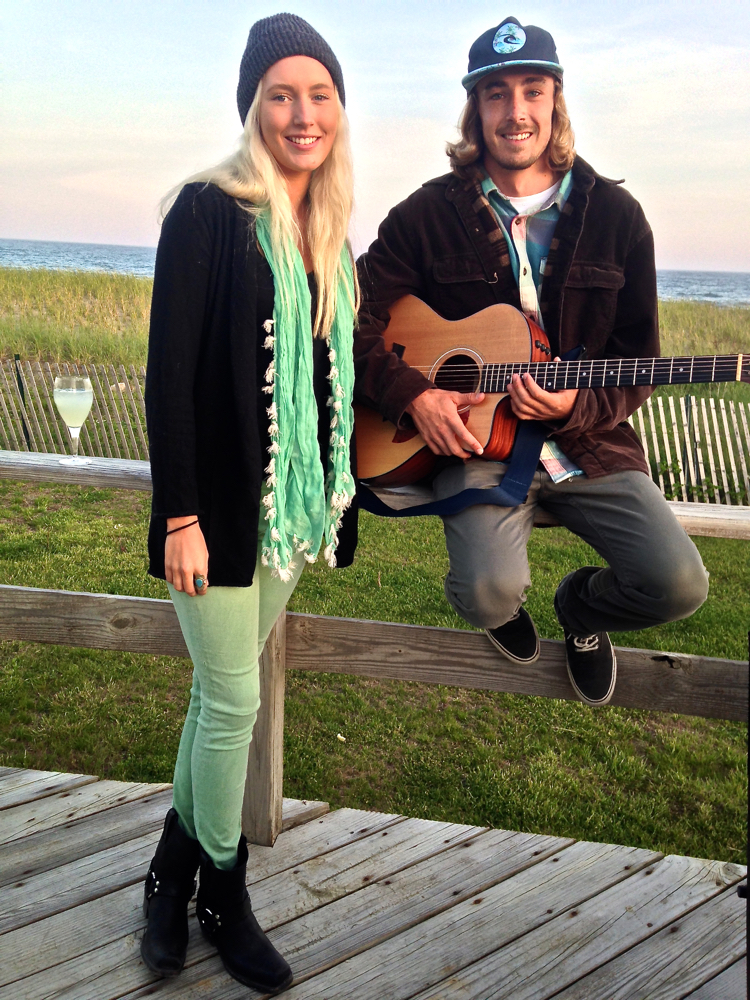 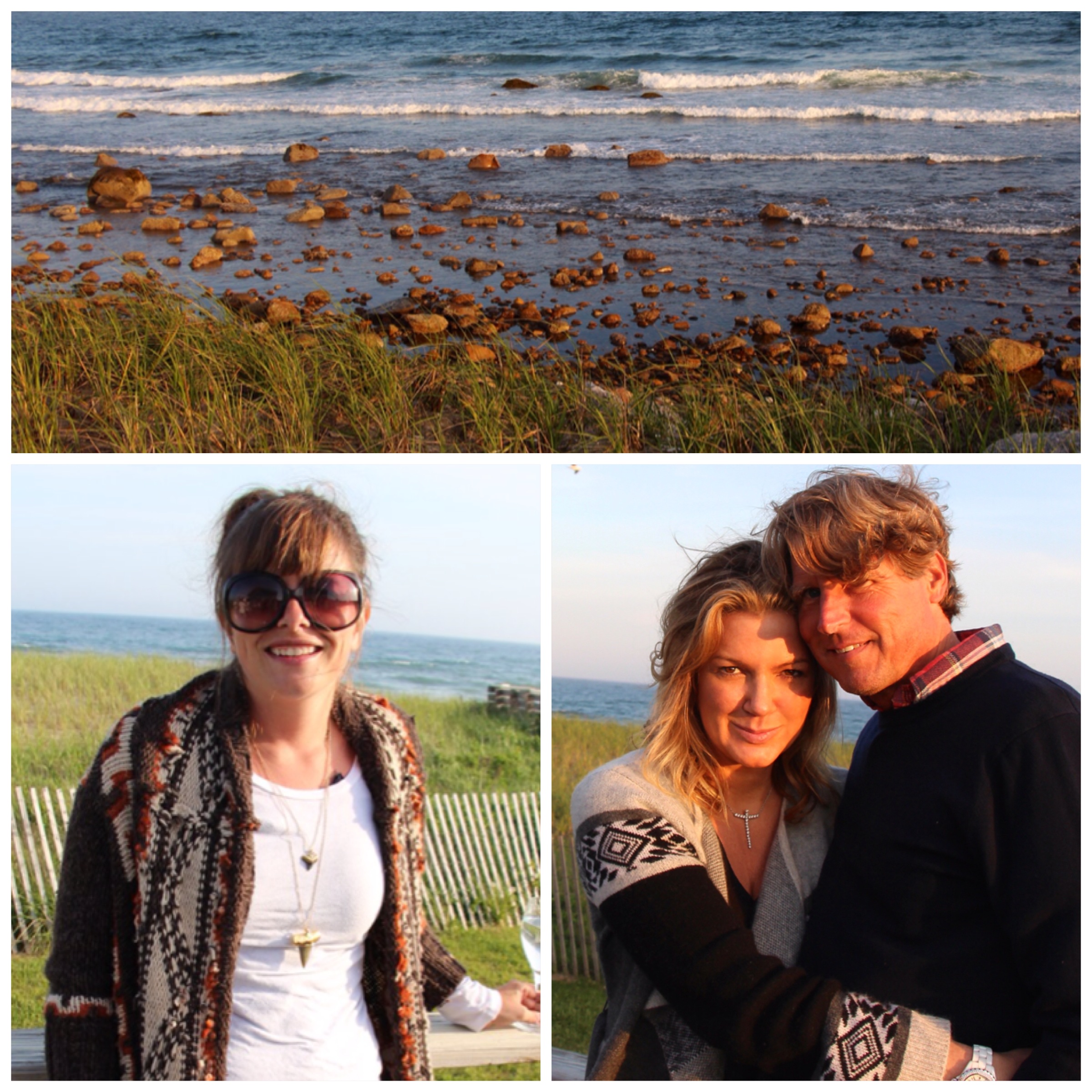 KDHamptons: What is the recipe for the Casamigos Ginger Margaritas?
Janet: Sure! Here you go:

* 2 parts Casamigos Tequila, 1 part fresh lime juice, 1 part Simple Syrup, and a large squirt of Ginger Juice.  To make the Ginger Juice: Peel ginger and put in a blender, blend with some fresh lime juice and a splash of Simple Syrup.  Drain through a sieve to get juice.  Discard pulp.  Best stuff, and also good with Vodka/Limeade.   Cheers! 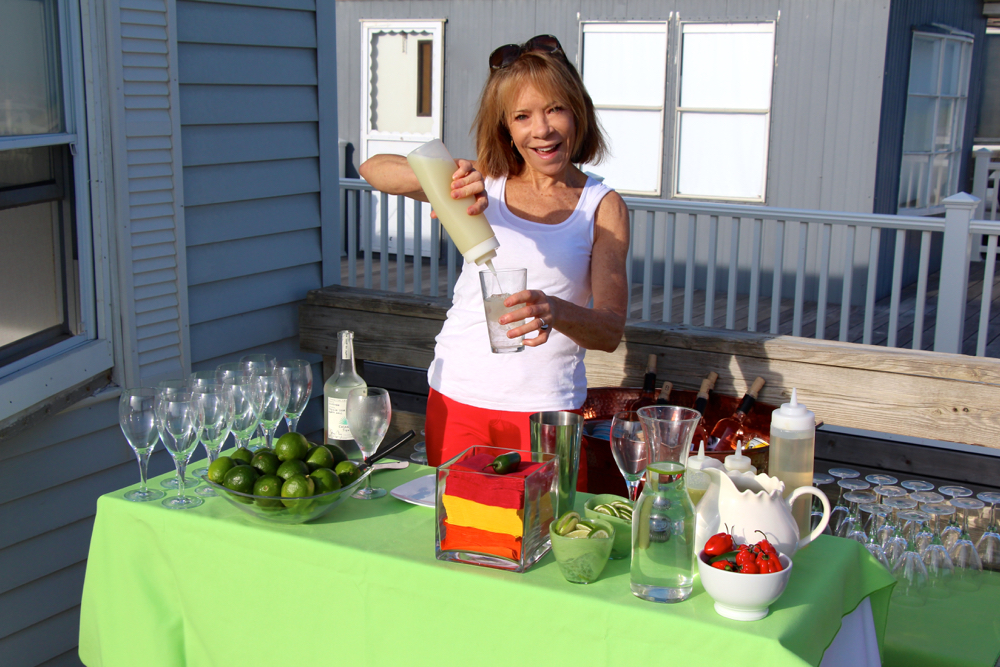 KDHamptons: What is the soundtrack for your summer?
Janet: Nicki Minaj – “The Night Is Still Young”

* All photos in this feature by Kelli Delaney.  For more information about Janet O’Brien, please go to www.janetobriencaterers.com 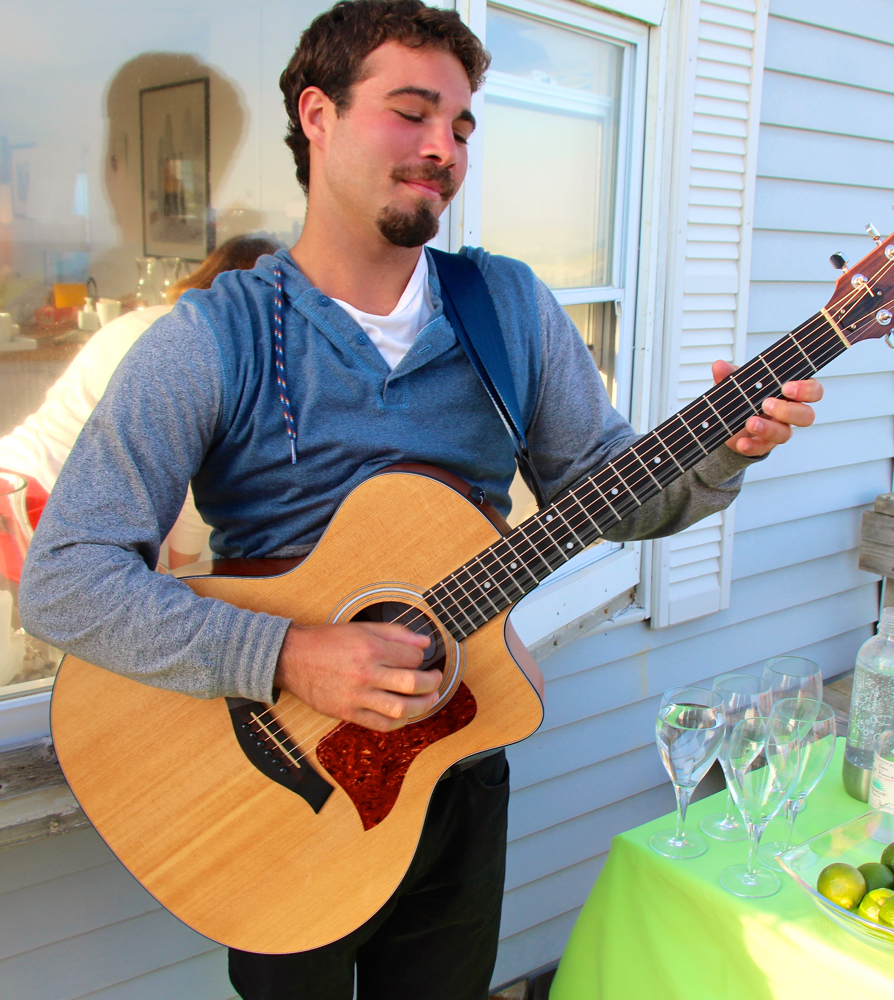 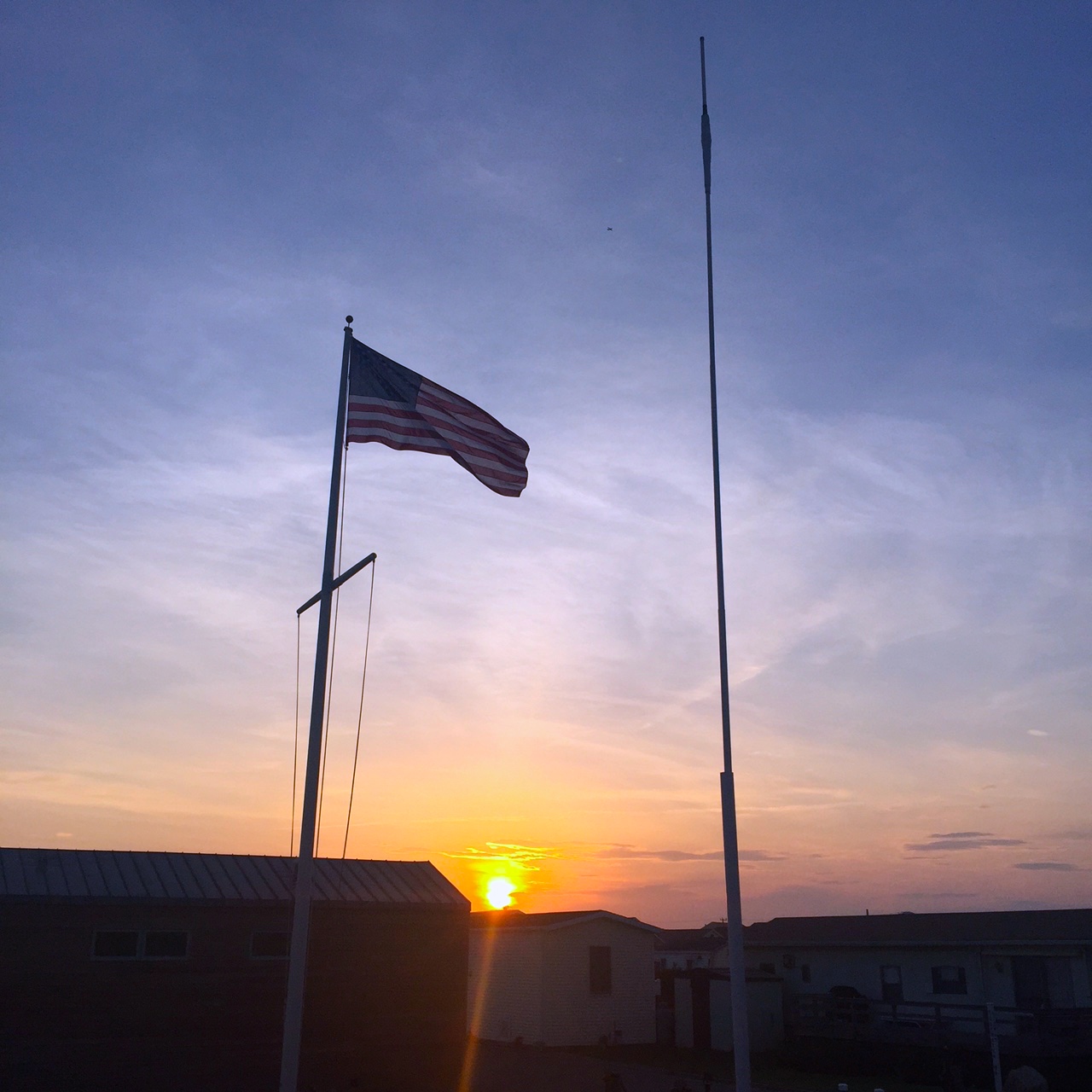