The Grand Hotel Kronenhof: The Historic Heart Of Pontresina 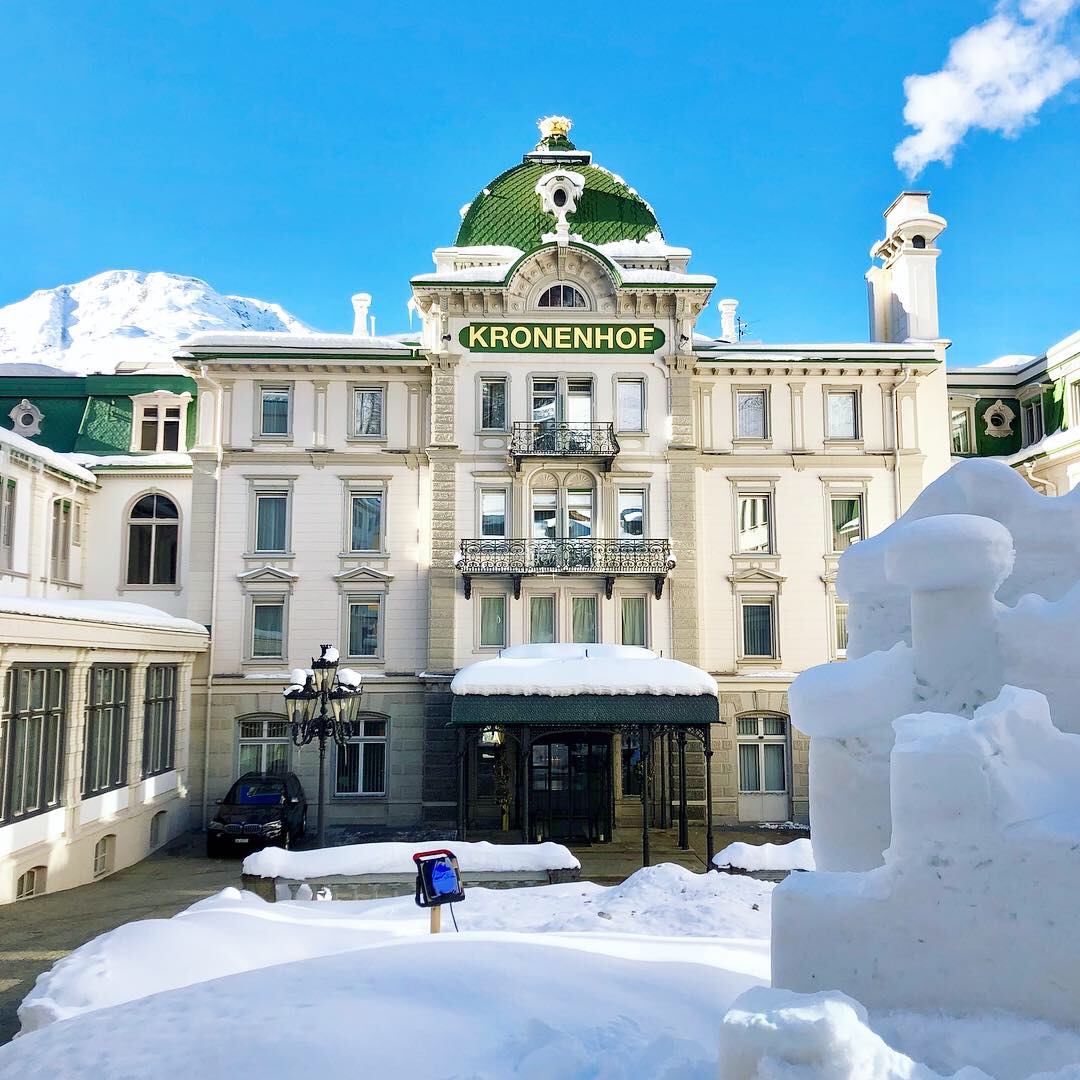 A member of Swiss Deluxe Hotels, Grand Hotel Kronenhof stands in the very heart of Pontresina, a charming Engadine village lying at an altitude of 1,800 meters. Just six kilometers from St. Moritz, it offers the best of both worlds: the chance to enjoy the glitz of St. Moritz, while staying in a peaceful mountain location. Grand Hotel Kronenhof has a rich history, having first opened its doors in 1848 as the Rössli guesthouse. Thanks to its excellent restaurants, wide-ranging facilities, amazing staff, incomparable spa, and architectural beauty, Grand Hotel Kronenhof is a destination hotel that took my breath away. 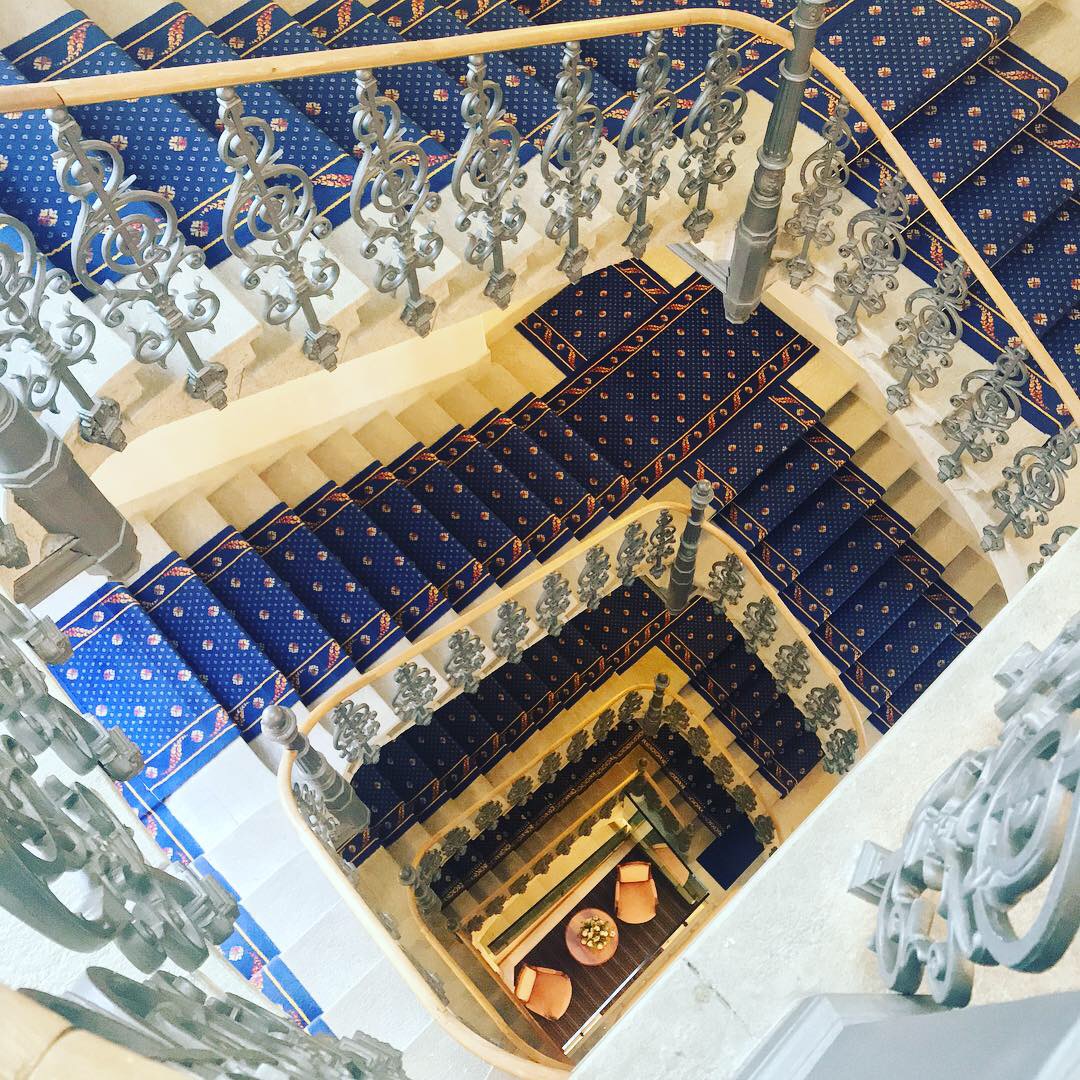 The main section of the current hotel, which is a registered historical landmark, was built at the end of the 19th century in Neo-Baroque style, opening in 1898; it was at this point that the hotel was renamed the Grand Hotel Kronenhof & Bellavista. 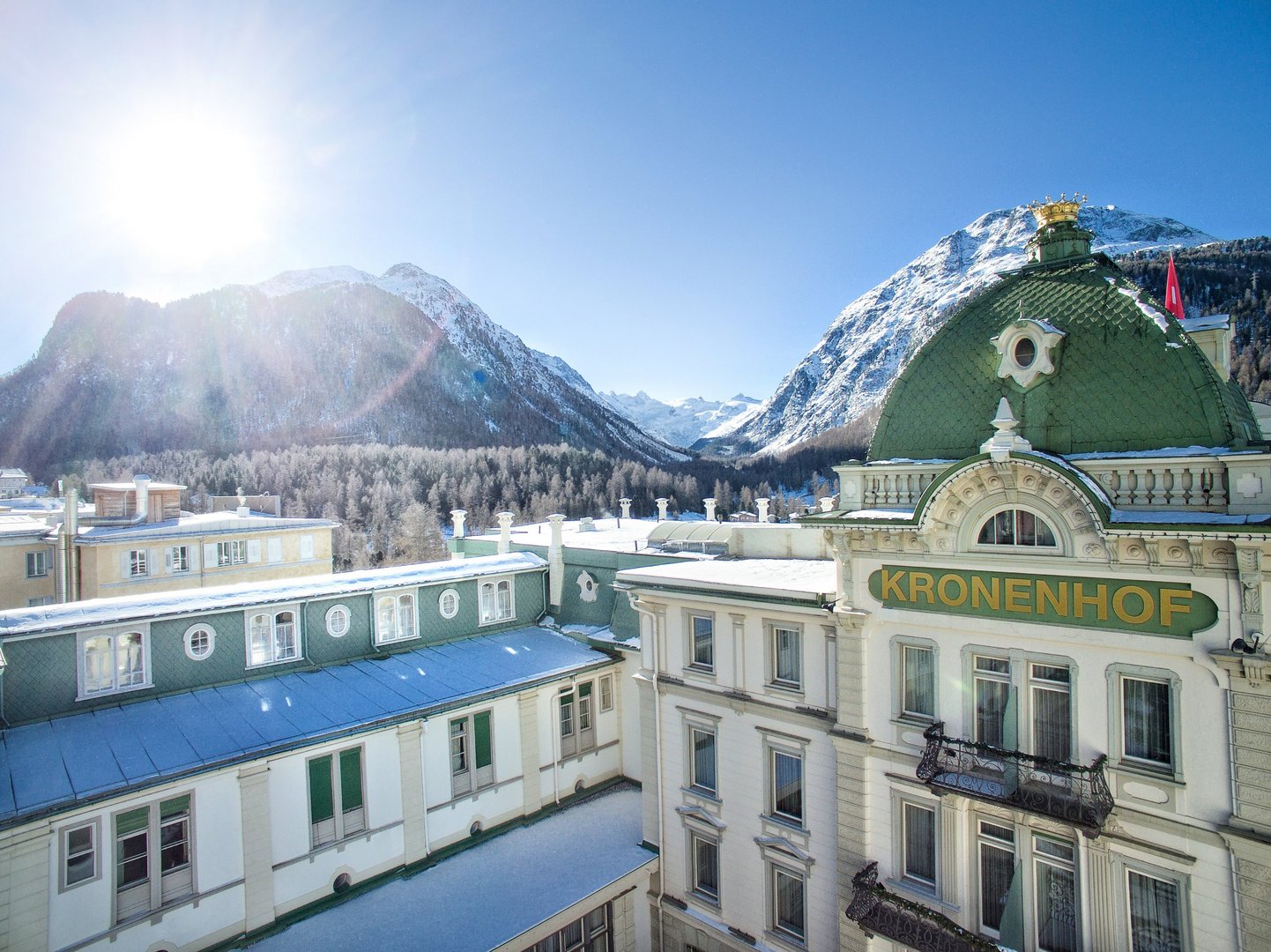 In 2004, Grand Hotel Kronenhof was bought by the Niarchos family, who have invested heavily in the property. A CHF 35 million extension was completed in 2007 including a stunning spa complex covering more than 2000 square meters. Since then, there has been an ongoing program of refurbishment, including the creation of 13 new rooms and suites by Pierre-Yves Rochon in the historic part of the hotel in late 2016. 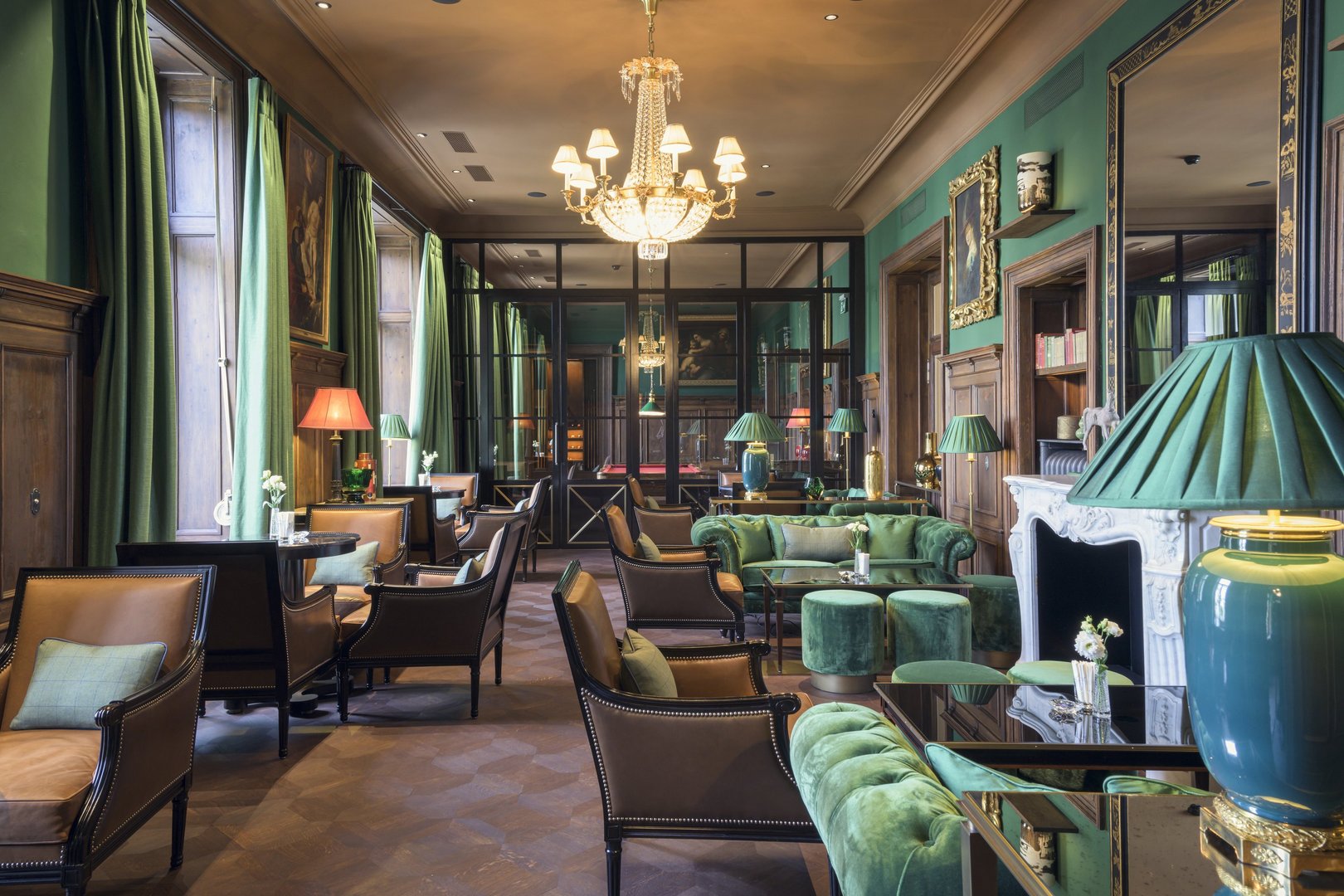 Close to the two most famous peaks of the Engadine (Piz Palu and Piz Bernina), the village is a real paradise for mountain enthusiasts, particularly those who enjoy ice-climbing, ski touring, snowshoeing and cross-country skiing in winter, and hiking and biking in summer, as well as those seeking a quiet, relaxing break away from it all in an exceptionally beautiful setting. 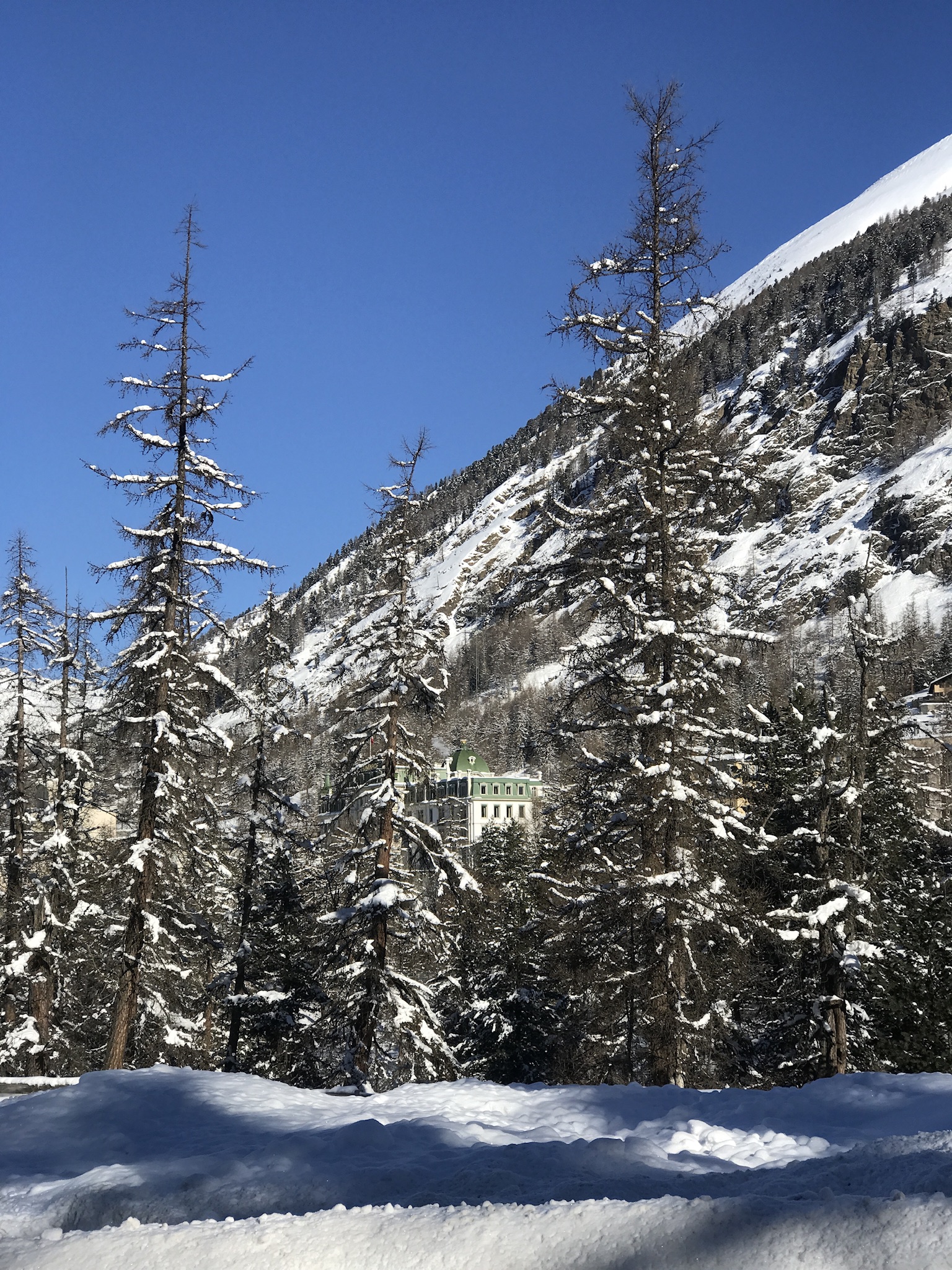 The Kronenhof Spa was named “the best Alpine spa” with a 20 meter, indoor infinity pool and state-of-the-art facilities that offer a new dimension in relaxation and wellness. One of the most impressive wellness complexes in the Swiss Alps, the spa has a 20m indoor infinity pool that seems to stretch away towards the mountains, a spa pool with water jets, a relaxing flotation room with underwater music, a saltwater grotto, saunas, steam rooms, Kneipp footbaths and a solarium. 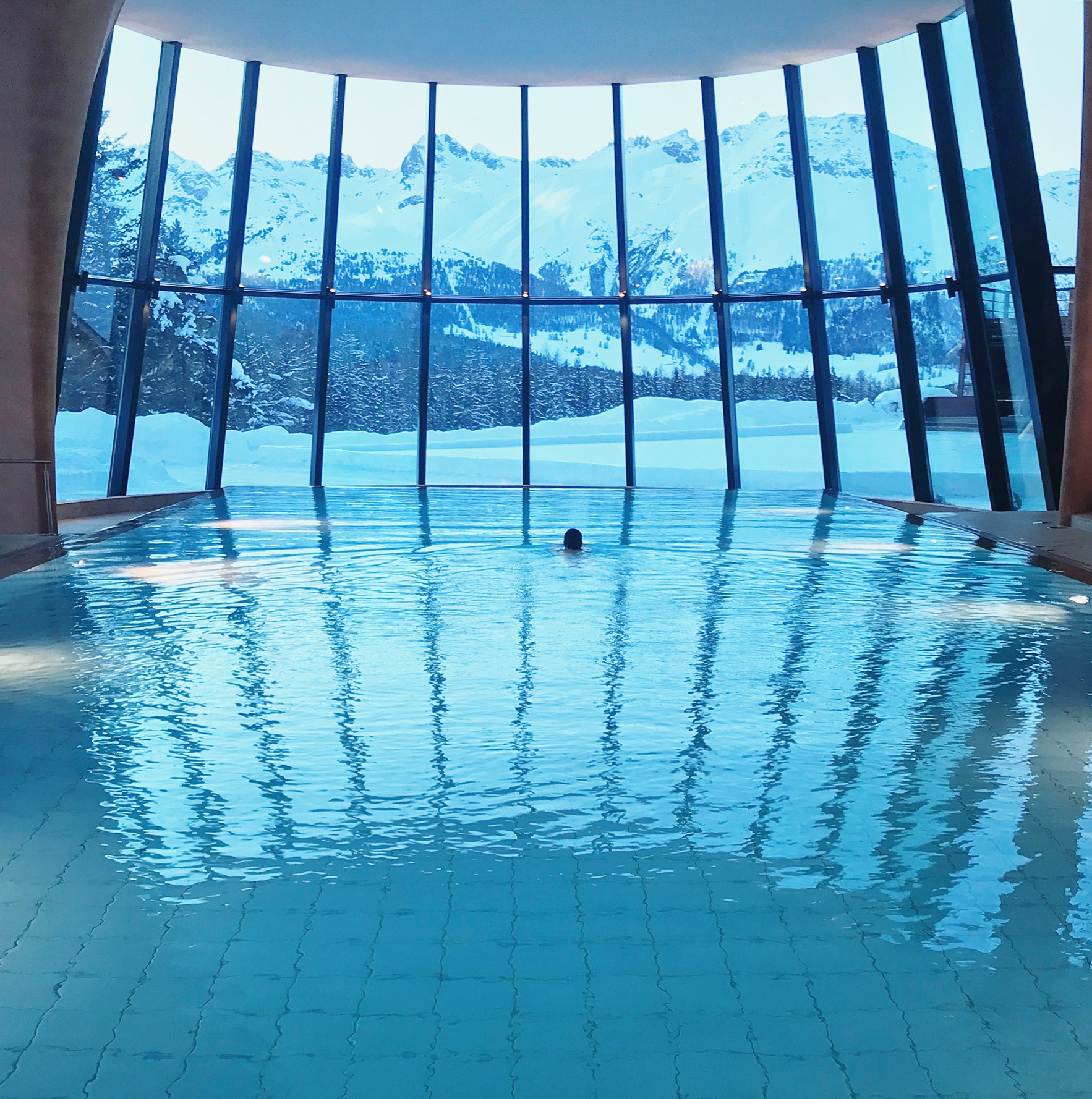 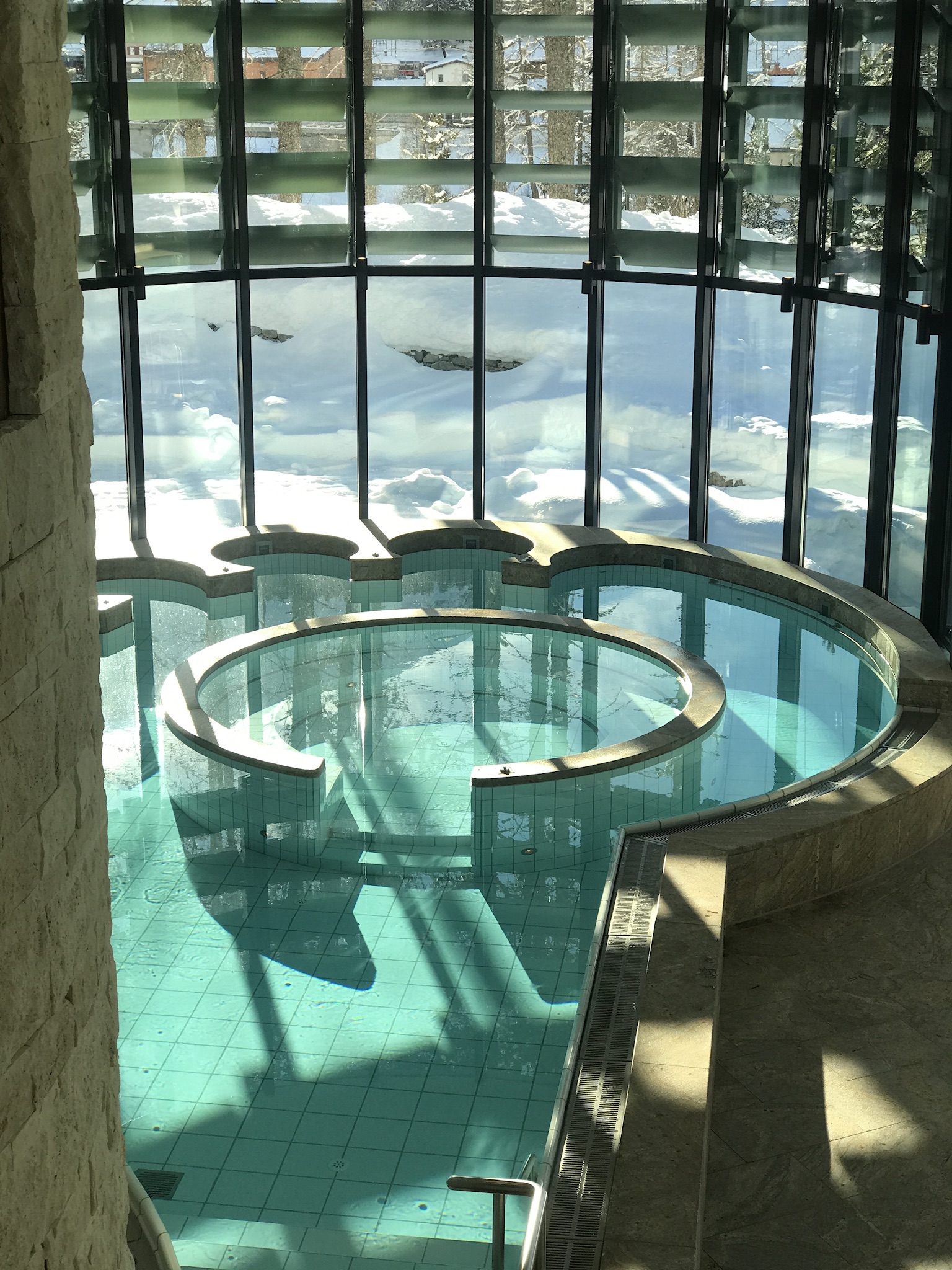 The hotel also takes pride in its gourmet cuisine, including three restaurants and an original 19th century bowling alley where traditional Swiss raclette is served. At its helm, with a wealth of experience in the world of hospitality and the Engadine valley, is Marc Eichenberger. 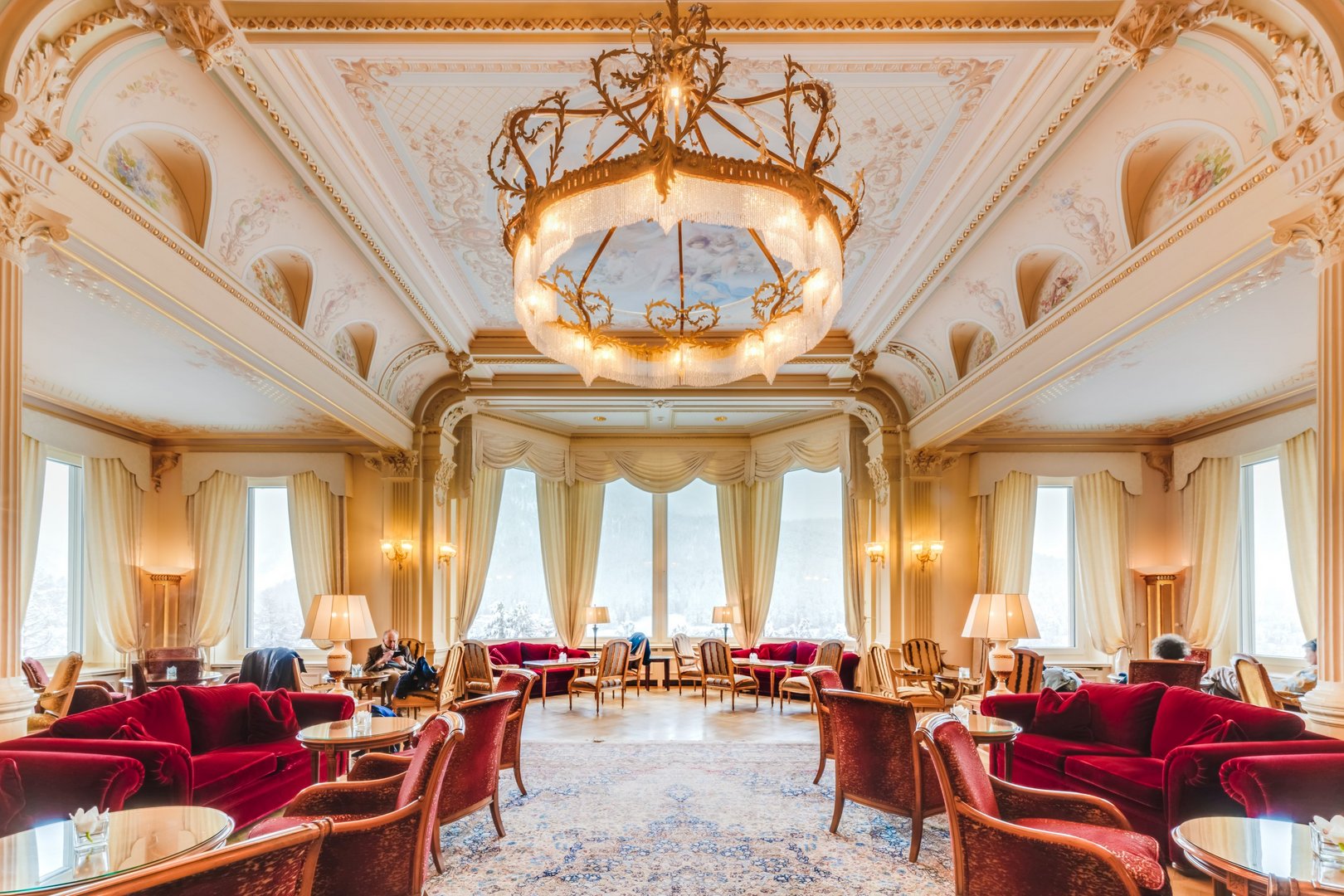 Grand Hotel Kronenhof has several restaurants where diners can enjoy a variety of culinary experiences. Lunch can be taken on the terrace of the old wooden Le Pavillon in the garden and afternoon tea in the majestic Lobby.  For those wishing to dip into a Swiss fondue or raclette, there is the cosy, historic bowling alley. 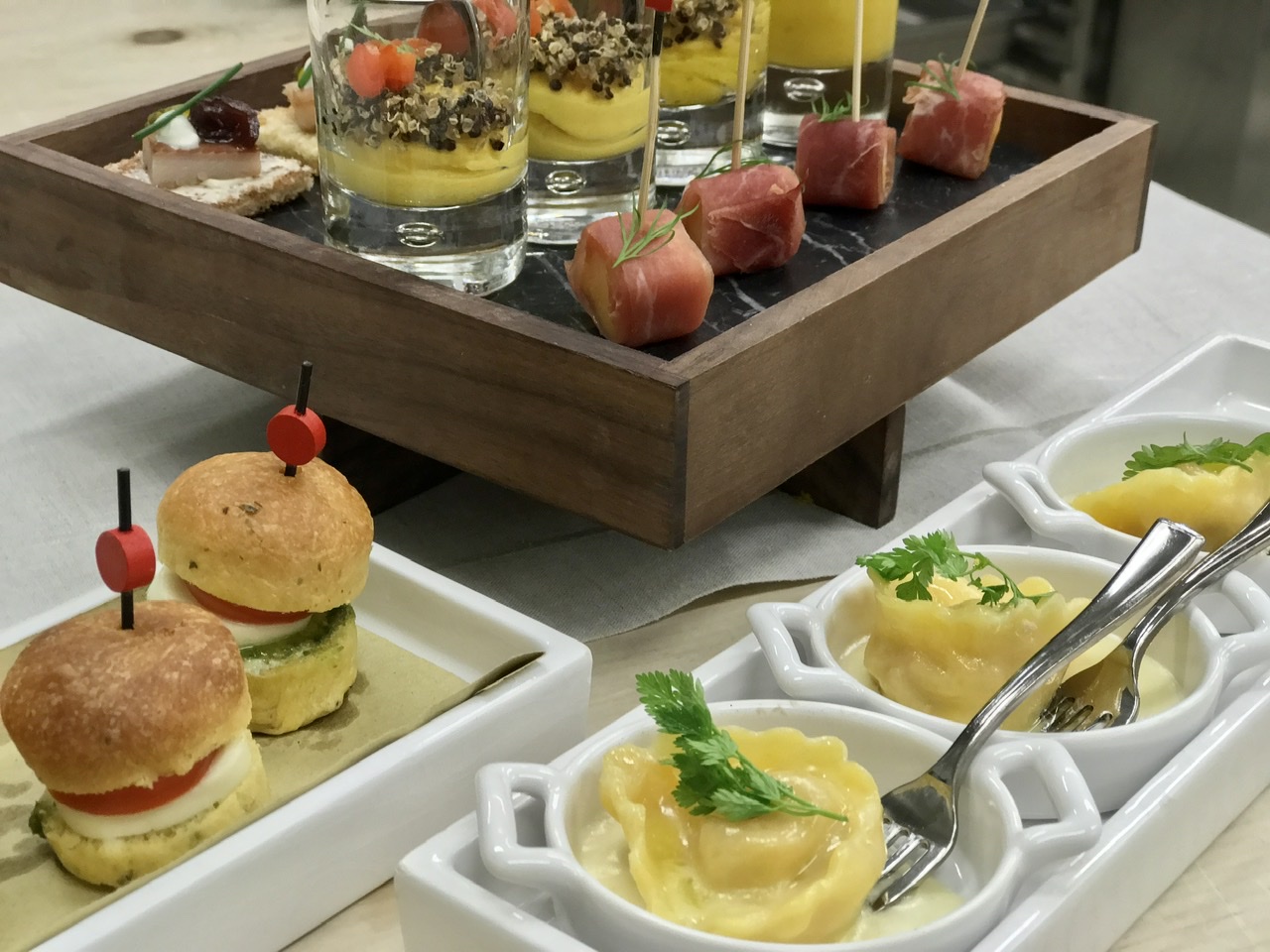 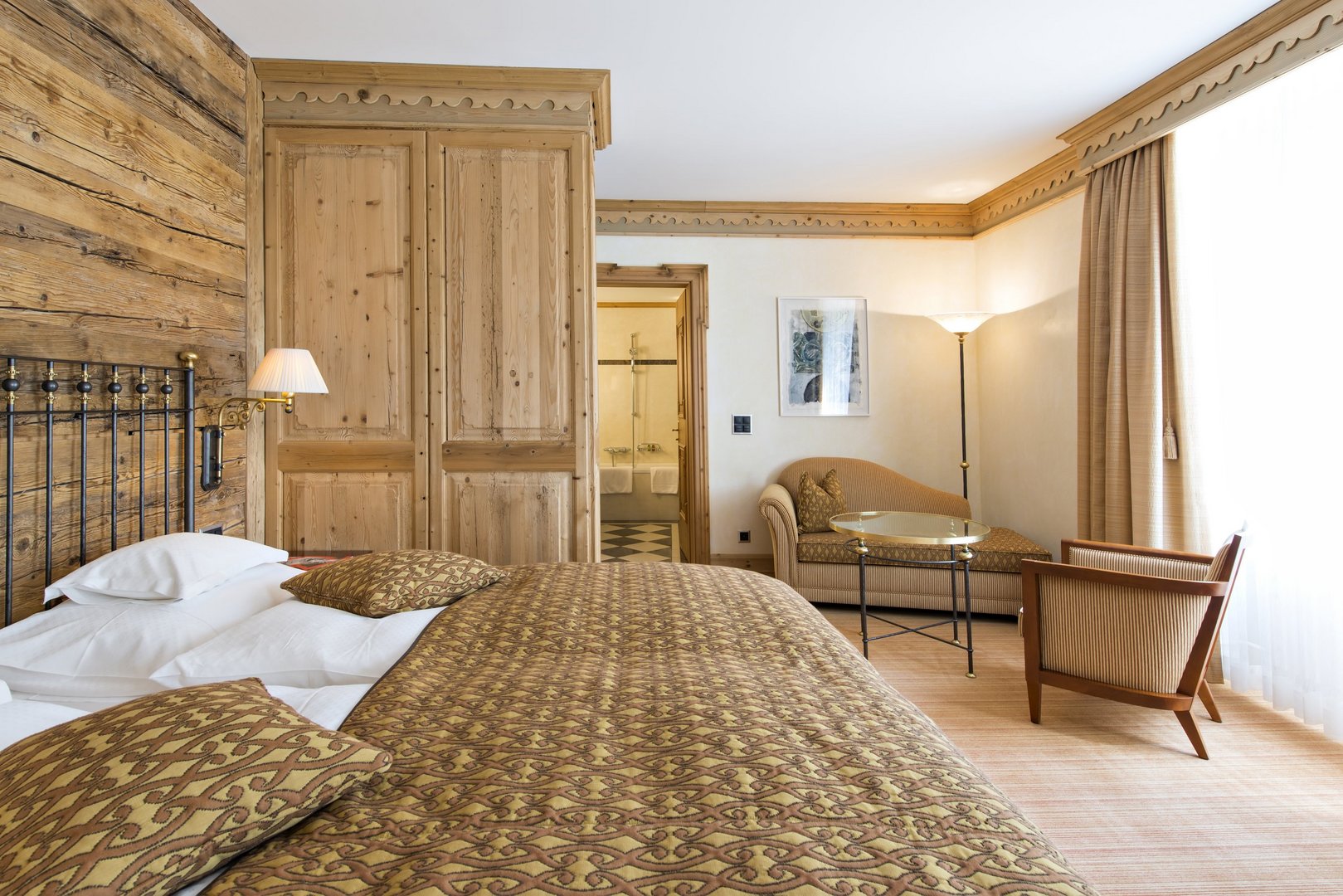 With 112 rooms and suites in different categories, Grand Hotel Kronenhof blends modern comfort with lavishly furnished traditional Grisons-style.  All the south and southwest facing rooms and suites have wonderful panoramic views of the mountains, as well as of the Corviglia and Roseg glaciers. 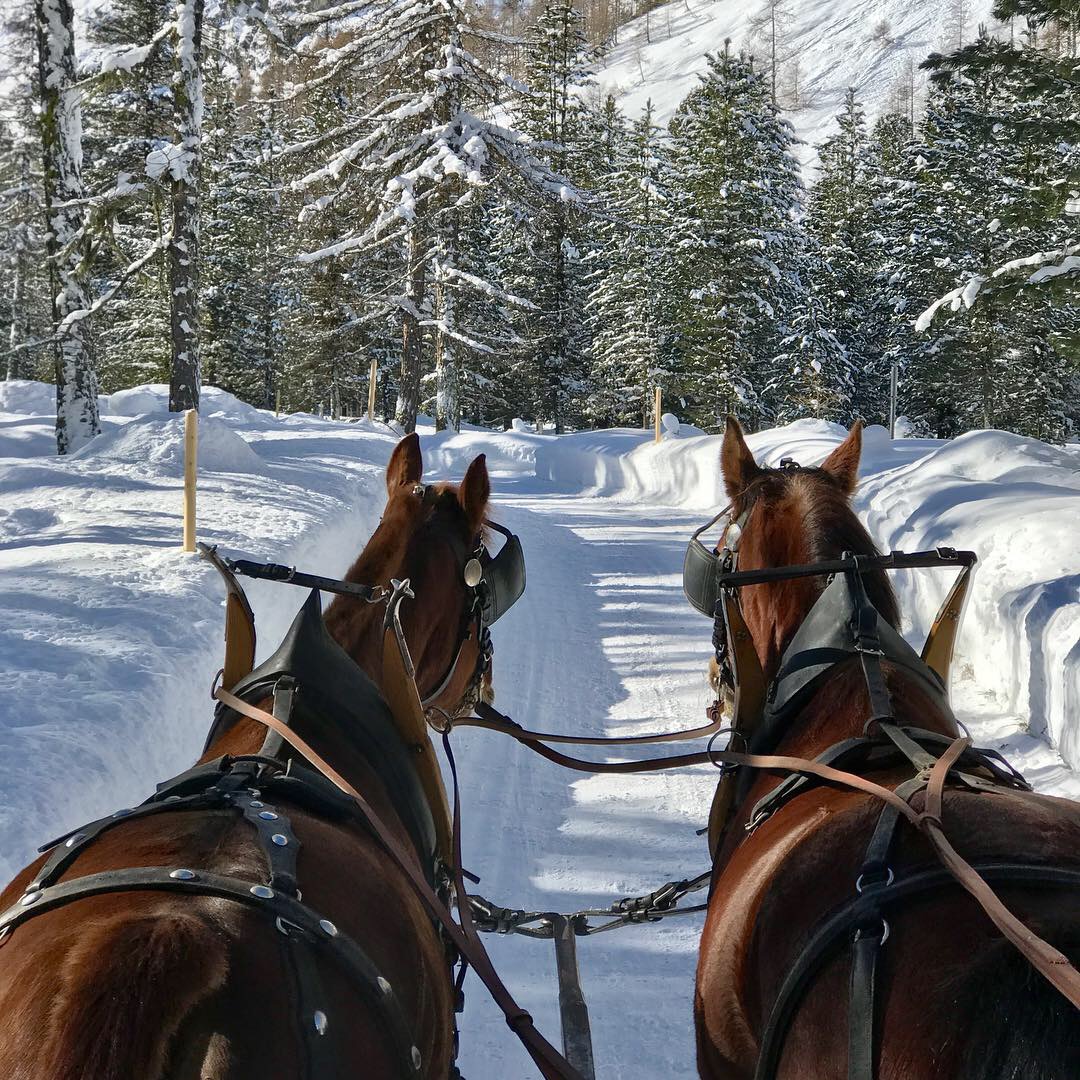 During the winter season  enjoy be sure to add these highlights to your checklist: Go night skiing on Corvatsch.  Toboggan down from Muottas Muragl . Try ice climbing in the Pontresina gorge . Ski Switzerland’s longest glacier run on the home piste of Diavolezza and soak up the sun during a mountaintop lunch (below).  We took a horse-drawn sleigh ride into the Val Roseg, tucked in with woolen blankets and a mug of gluhwein in hand! 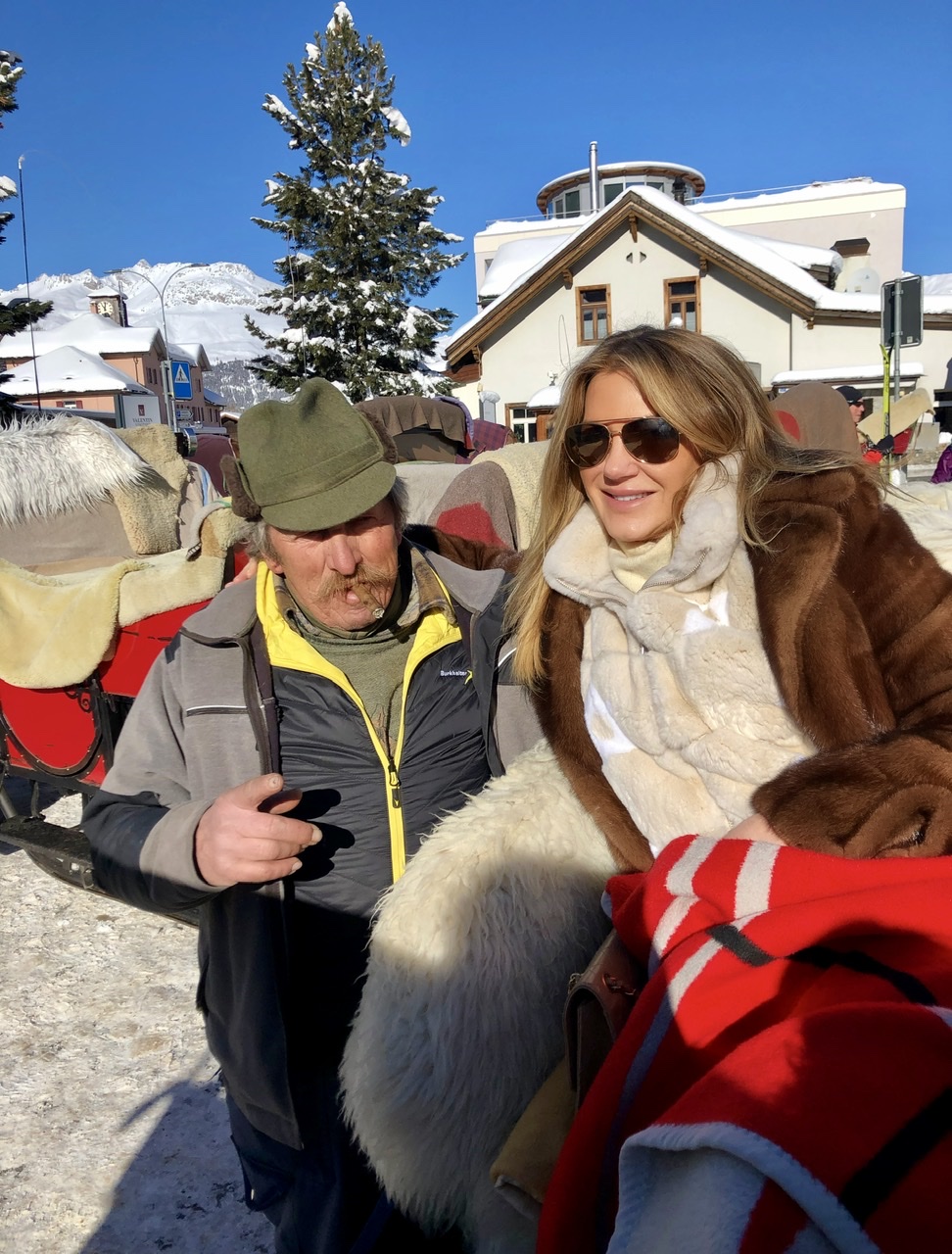 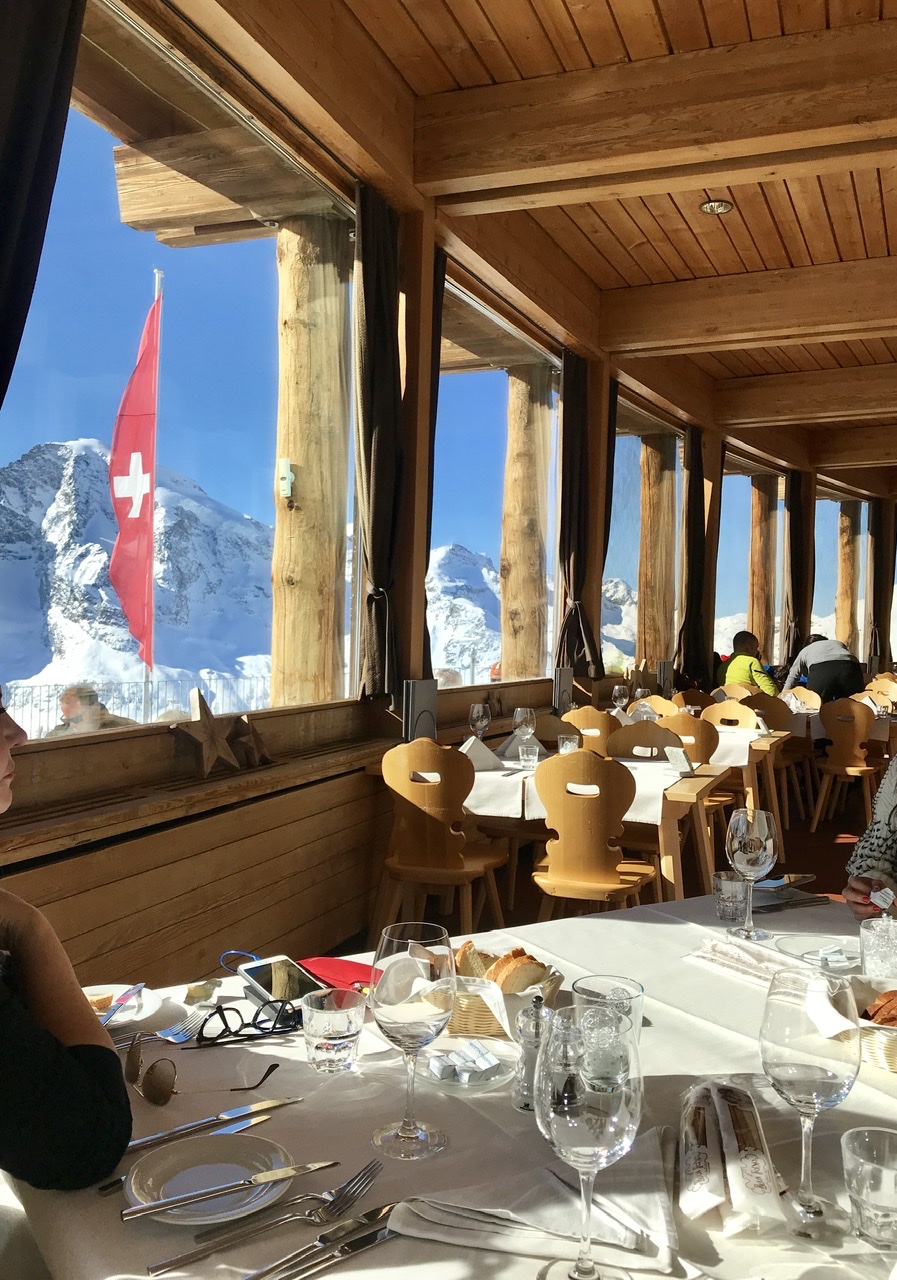 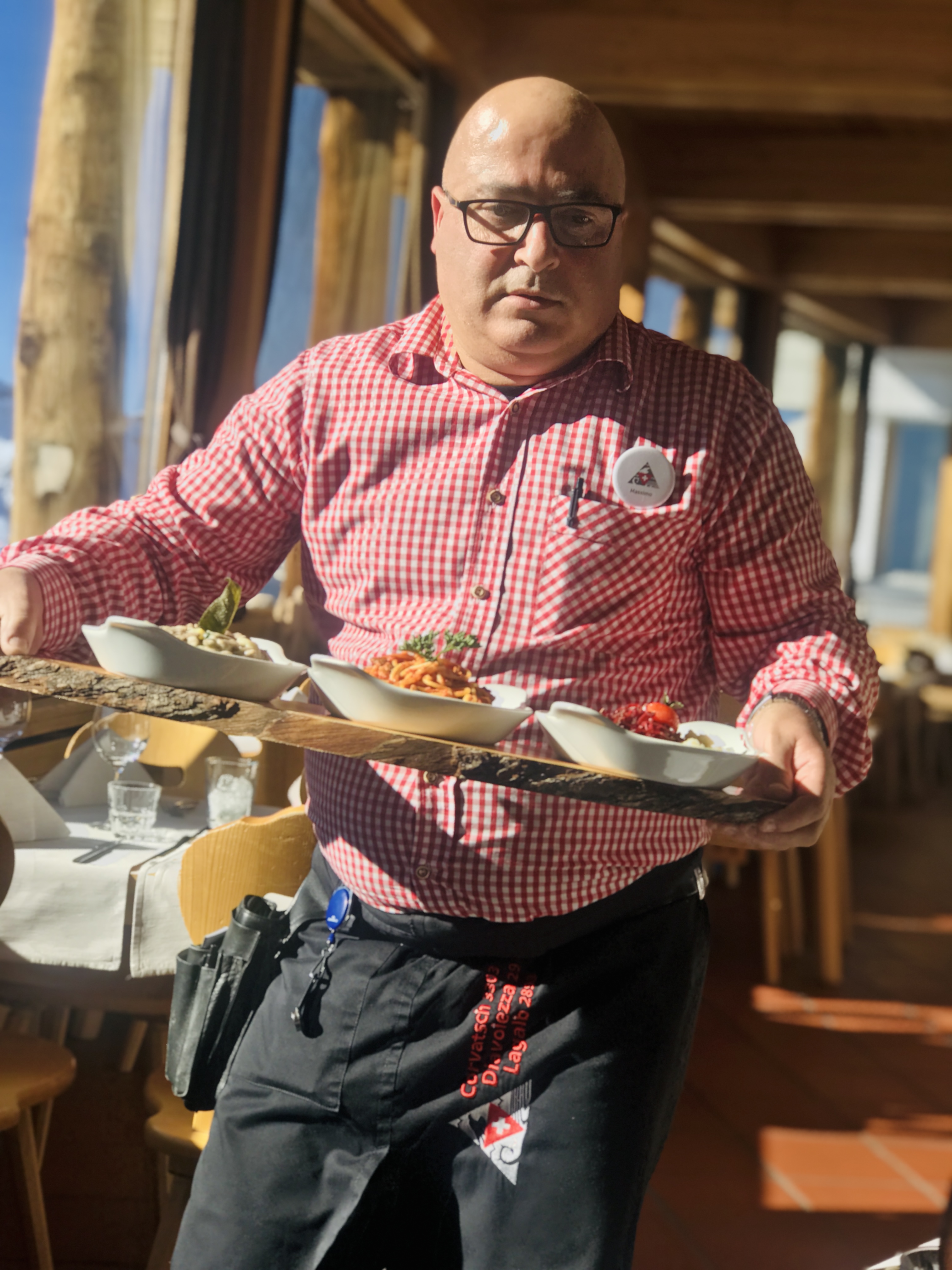 Guests have the option to take a private jet to Engadine Airport, which is not far from Pontresina . Or take a commercial flight to Zurich International, then a 3 hour 45 minute train journey (which is quite beautiful) or a 2 hour 45 minute drive to Pontresina. 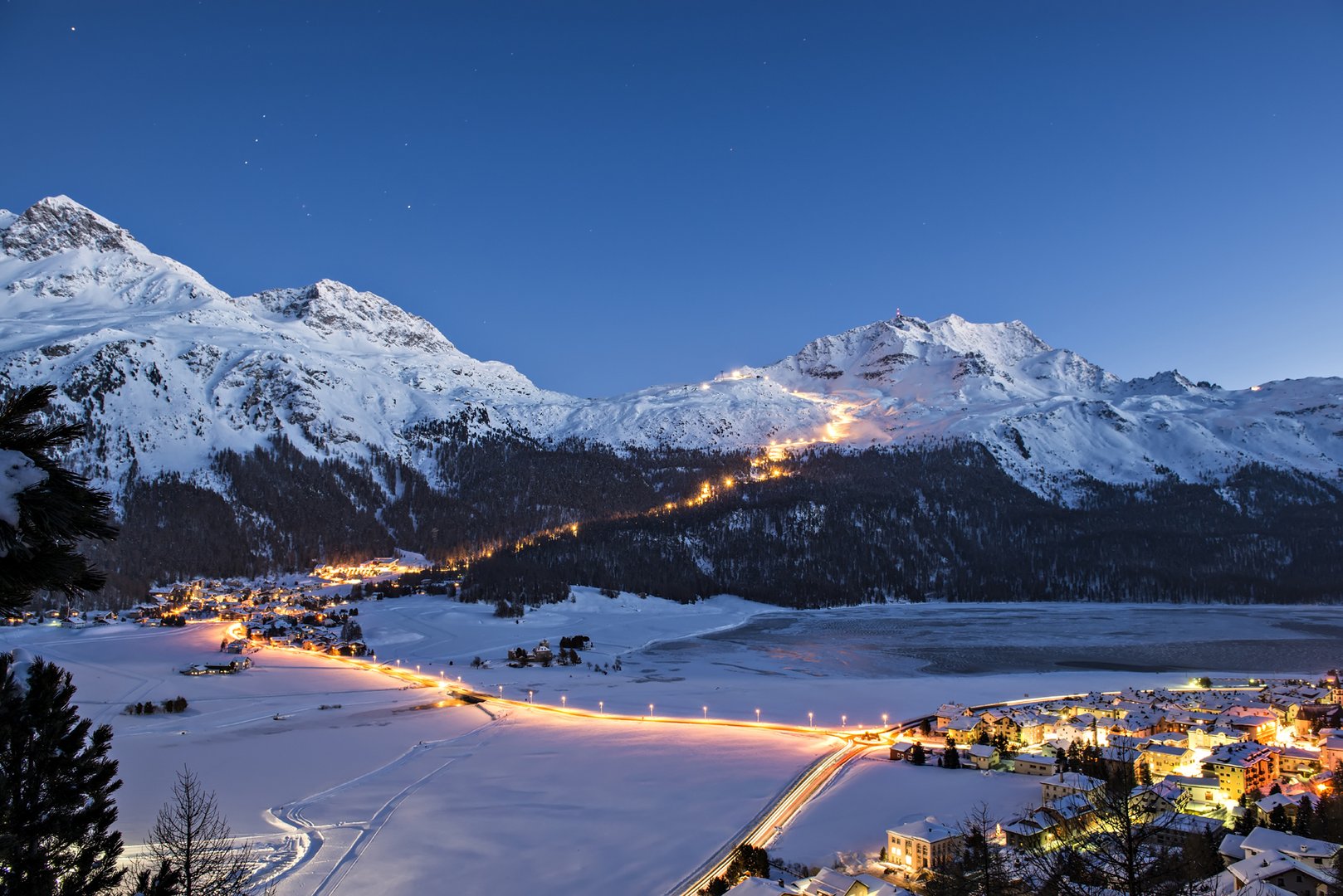 The Grand Hotel Kronenhof team has implemented extensive measures to ensure a safe environment for guests during the COVID-19 pandemic.