26 June 2019
CHECK OUT HAMPTONS PARTY PIX FROM THE BEST RECENT EVENTS…
28 May 2020
This Week, See How To Make: Zucchini Roll Ups, Homemade Cranberry Sauce, Rander Gerber's Rum Recipes, Strawberry Cherry Shortcake, Watermelon Soda,and lots more delicious dishes.
29 May 2020
The KDHamptons StyleFILE is on hiatus.
OUR APP IS LIVE! DOWNLOAD THE KDHAMPTONS APP IN EITHER THE APPLE APP STORE/ITUNES OR ANDROID MARKETPLACE/GOOGLE PLAY NOW!
YOUR LUXURY LIFESTYLE GUIDE TO THE HAMPTONS. GET THE SCOOP ON WHATS HAPPENING EVERY DAY IN REAL TIME, PERKS, EXCLUSIVE EVENT… 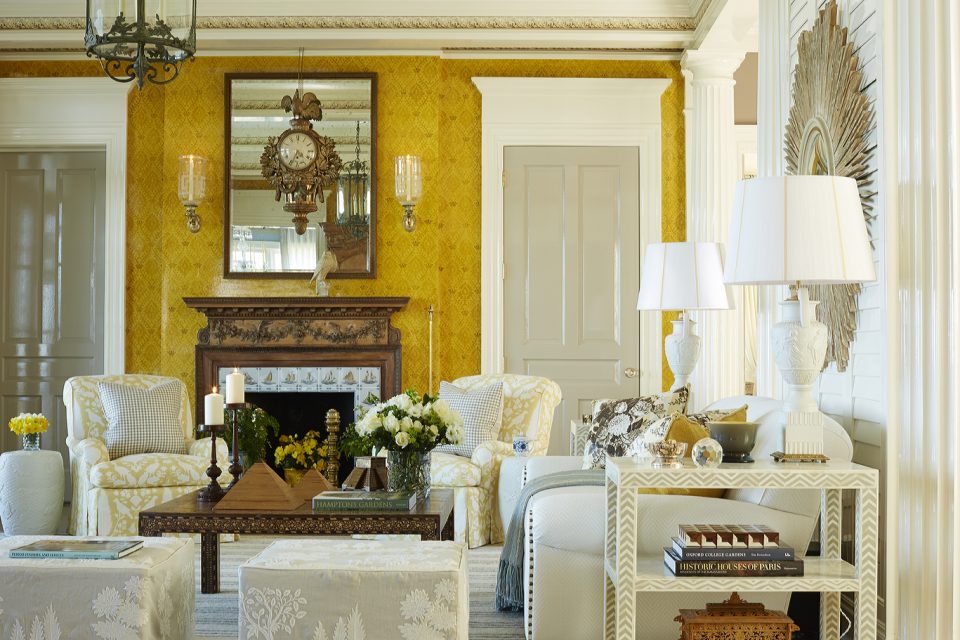 The annual East Hampton Historical Society is proud to announce their 2019 House & Garden Tour, showcasing some of the finest examples of historical and modern architecture in the Hamptons.  This year’s tour — consisting of five unique houses — is scheduled for Saturday, November 30, from 1 to 4:30 p.m.  A kick-off Cocktail Party on the evening of Friday, November 29, welcomes in this year’s highly anticipated House Tour. This annual event, now in its 35th year, will be held at the historical Maidstone Club, ringing in the East End holiday season in style! 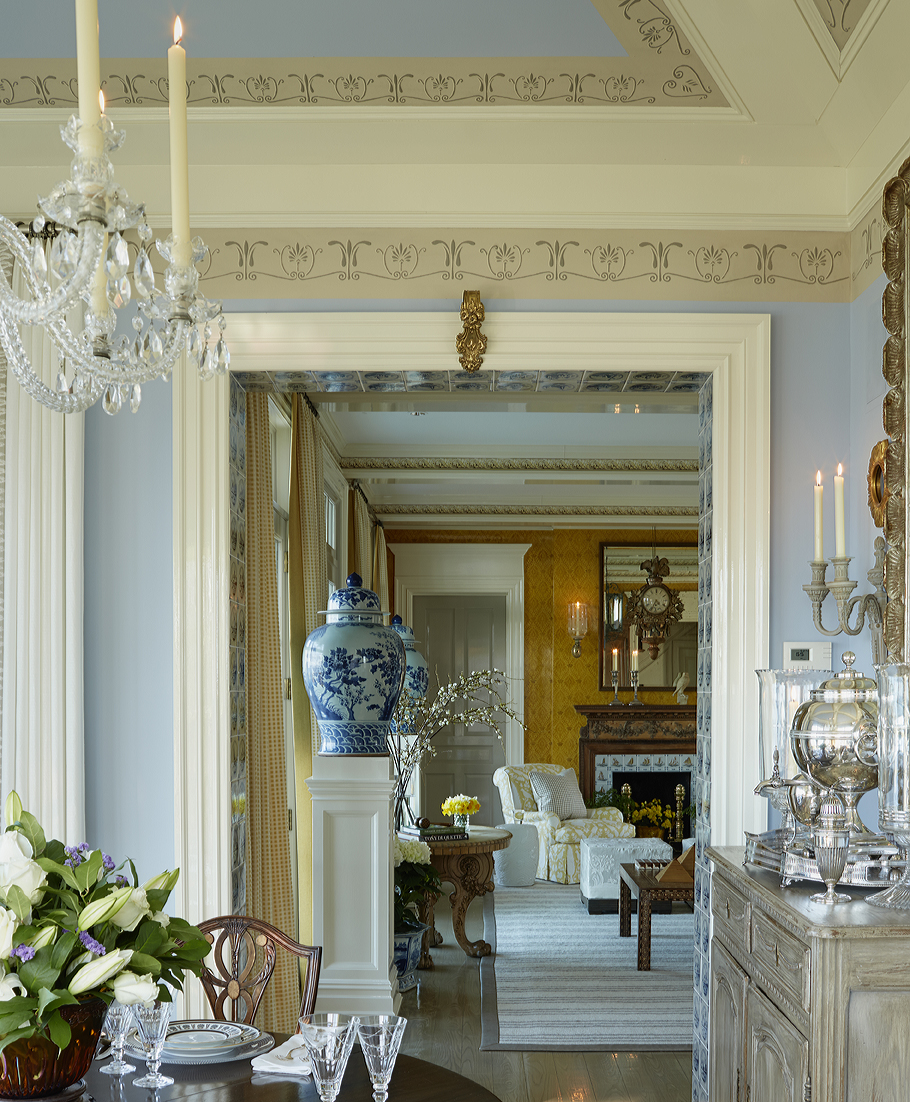 Explore our Historical Past through a Kaleidoscope of Distinctive Houses By Sea, By Bay and South-of-the Highway

The East Hampton Historical Society’s House Tour Committee has creatively selected five houses that express the unique spirit of living on the East End.  The society’s annual house tour offers a one-time-only glimpse inside some of our town’s most storied residences.  Whether you tend toward the charm of a classic shingled cottage, yearned to take a peek at well-appointed homes South-of-the-Highway, or prefer the clean lines of contemporary architecture – this year’s tour offers a combination of houses that are sure to delight. 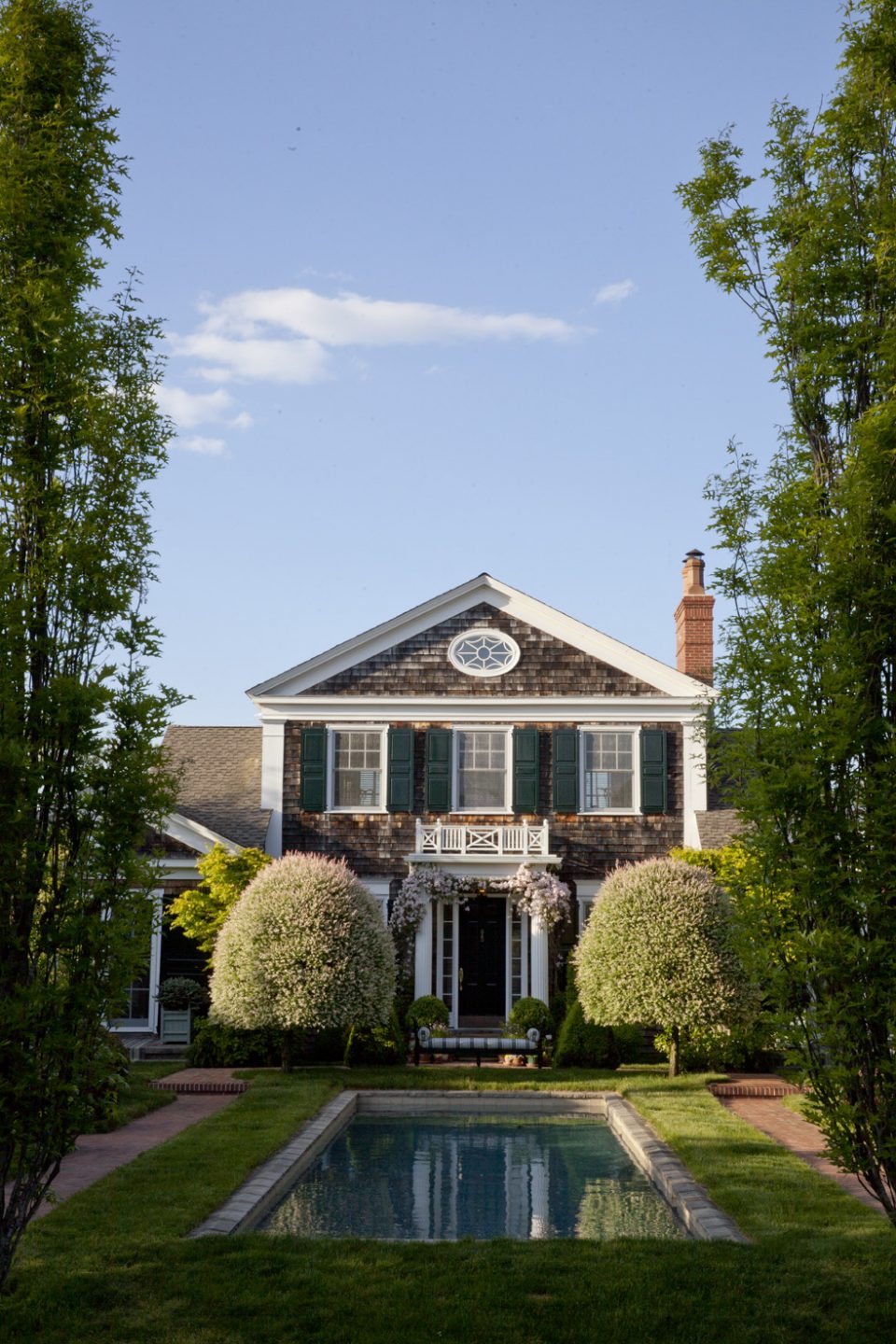 Views across Hook Pond to the Ocean, the Bay and Beyond

This unique Hamptons beach house was designed by famed architect Robert A.M. Stern (Mercer House, circa 1973 – 1975), who revived The Shingle Style, a distinctive vernacular which once again dominates Eastern Long Island. In an ever evolving search for a version of The Shingle Style, Robert A.M. Stern strikes the perfect balance of traditional design coupled with a modern vision in this seaside estate. Take in the views and smell the salt air from a multitude of well-appointed spaces in this sprawling modern masterpiece. 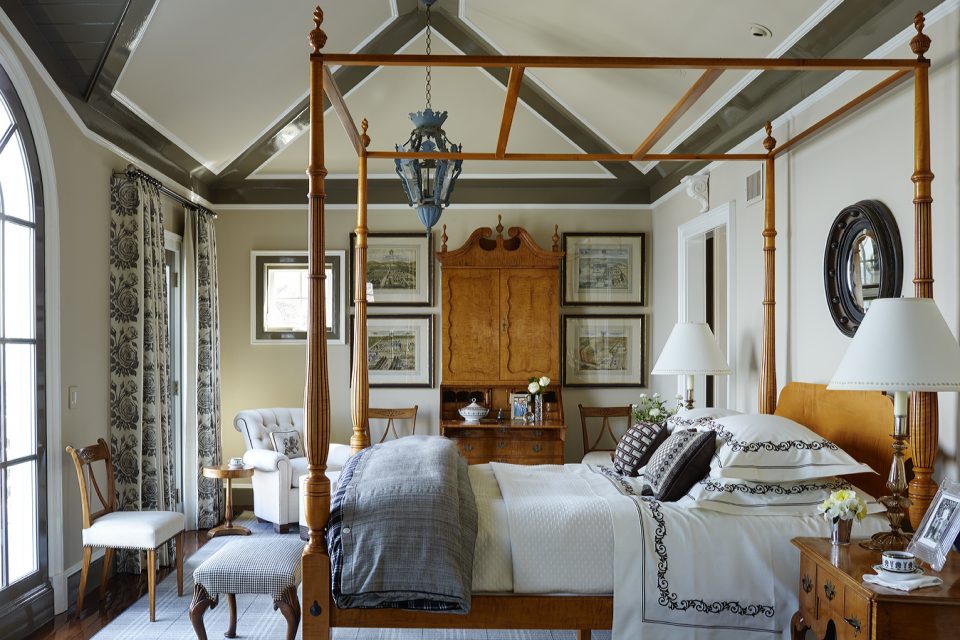 Located on coveted David’s Lane in East Hampton Village, this handsome south-of-the-highway haven pays homage to history and local lure. Inspired by the cluster of Inns that dot East Hampton’s Main Street, the homeowners created a warm and inviting retreat, with ample intimate spaces, comfy common areas and stylish outdoor “rooms”.  With a playful nod to a bygone era, the homeowners affectionately named their house “Dowager Inn” – equipped with all the elements for spirited entertaining, including a series of banquettes known as “The Gossip Pit”, a Gentlemen’s Bar, and boutique hotel inspired guest rooms.  If walls could talk, “Dowager Inn” surely has stories to tell! 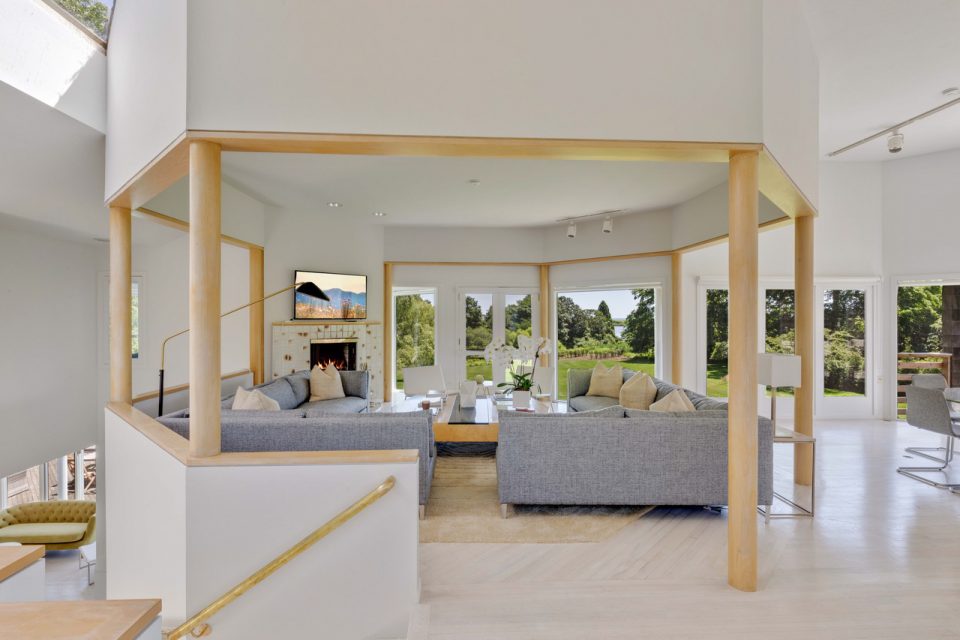 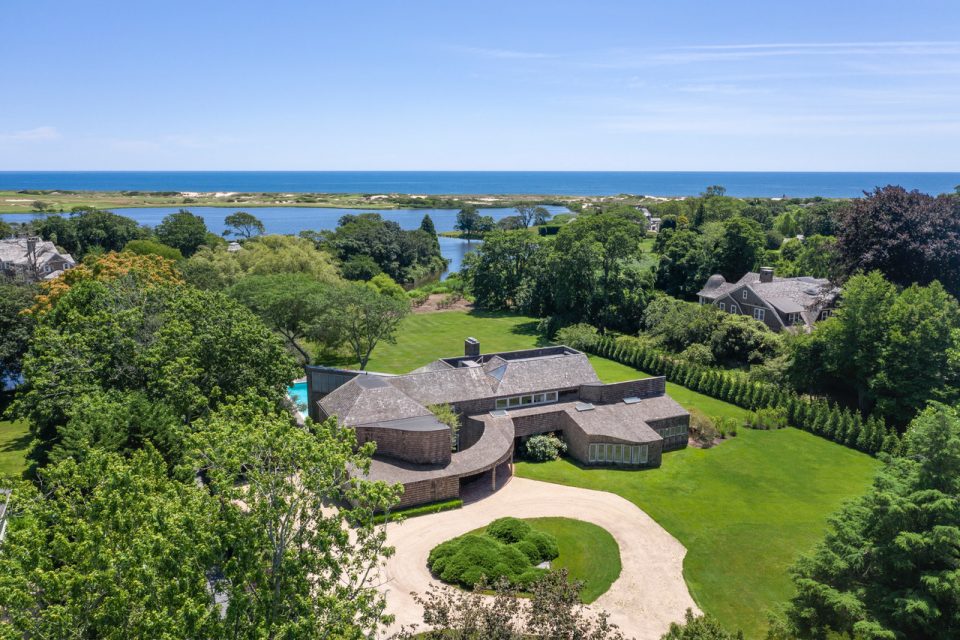 4 Barns Create a Home – Situated on the Scenic Dunes of  Amagansett’s Promise Land Your eyes will be drawn to the views of Napeague Bay, but you will not be able to ignore the modern architecture that draws upon archetypical East End forms. The concept of the house is four barns.  The original section, which is the Living/Dining & Kitchen, is modeled after the De Menil Barn that was donated to the Town of East Hampton and is now the Clerk’s Office. The Master barn and Guest barn are connected to the main living area by glass halls. The Garage barn is free-standing.  All materials are natural, oak, grey limestone, and raw dark concrete. Recognizing the importance of the scenic dune, all landscaping is seamlessly integrated. Dramatic sculptures greet you at the entry and invite you to explore this modern take on the iconic East End barn.

Federal-Style House by the Bay Rich in Texture, Detail and Luxury

Known for his European inspired style, Marshall Watson creates interiors that are rich in texture, detail, and simple luxuries – which are prevalent in his Federal-style house by the bay. Founder of Marshall Watson Interiors, Mr. Watson suffuses his work in a subtle blend of transatlantic and American design philosophies. His work is noted for its “calm and lightness of being”. Classic is his hallmark. Enjoy this opportunity to see how a nationally recognized designer designs for himself! 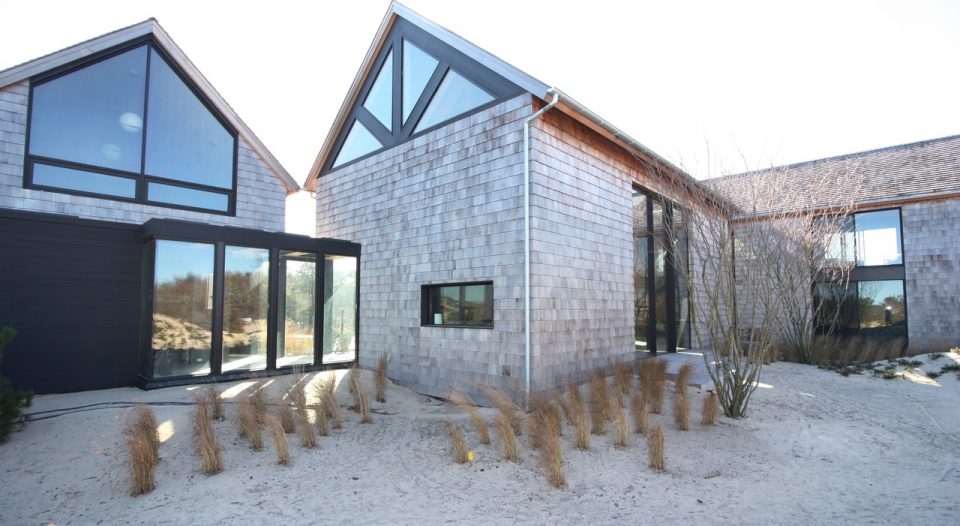 With a Nod to Long Island’s Agrarian Roots, “Mill House” is Modern take on a Hamptons Potato Barn

“Mill House” plays on the shape of the simple shingled potato barn — an enduring East End vernacular — to create a minimalist retreat located in the heart of the East Hampton Village. The homeowners found a gem hidden in the overgrown brush.  They were drawn to the history of the house. The original house was a 2-building cottage shipped to the site from Montauk that, in its day, functioned as Army barracks. They added a modern addition, a great room that serves as the centerpiece of the residence.  Expansive, dramatic, and light-filled, the contemporary intervention, juxtaposed against the historical elements, resulted in a modern take on a classic Hamptons potato barn!

“The House & Garden Tour is one of our most important fund-raisers,” said the event chairman Joseph Aversano. “This year’s tour is a visual feast of stylish houses. So, while you’re breathing in the sea air and enjoying the varied terrains and architectural styles, your dollars will support the East Hampton Historical Society’s museums and programs,” he said. Tickets to the Opening Night Cocktail Party are $200 each, which includes entry to the House Tour the following day.  Tickets to the self-guided 2019 East Hampton House & Garden Tour are $65 in advance and $75 on the day of the tour. Admission can be bought via:

Note: The Maidstone Club is open only to Cocktail Party ticketholders on the evening of Friday, November 29, 2019.  The Opening Night Cocktail Party is a fund-raising event for the East Hampton Historical Society.