Marking its 5-year anniversary, The Bridge triumphantly returned to the hallowed grounds of the original Bridgehampton Race Circuit (now the cutting- edge golf club, The Bridge) kicking off the most exciting event of the Hamptons fall season. One of the nation’s most original and exclusive annual automotive events, this invitation-only exhibition, presented by Richard Mille, featured its largest showcase of incredibly rare cars yet. More than 320 automobiles of great provenance were sourced from collectors around the globe and arranged in automotive splendor across the rolling fairways overlooking the Peconic Bay.

Returning for its 4th year as presenting sponsor is Richard Mille, which in keeping with the theme of the day, spotlighted two of its automotive-inspired watches, both introduced in 2021: the RM 40-01 Automatic Tourbillion McLaren Speedtail and the RM 029 Automatic Le Mans Classic. 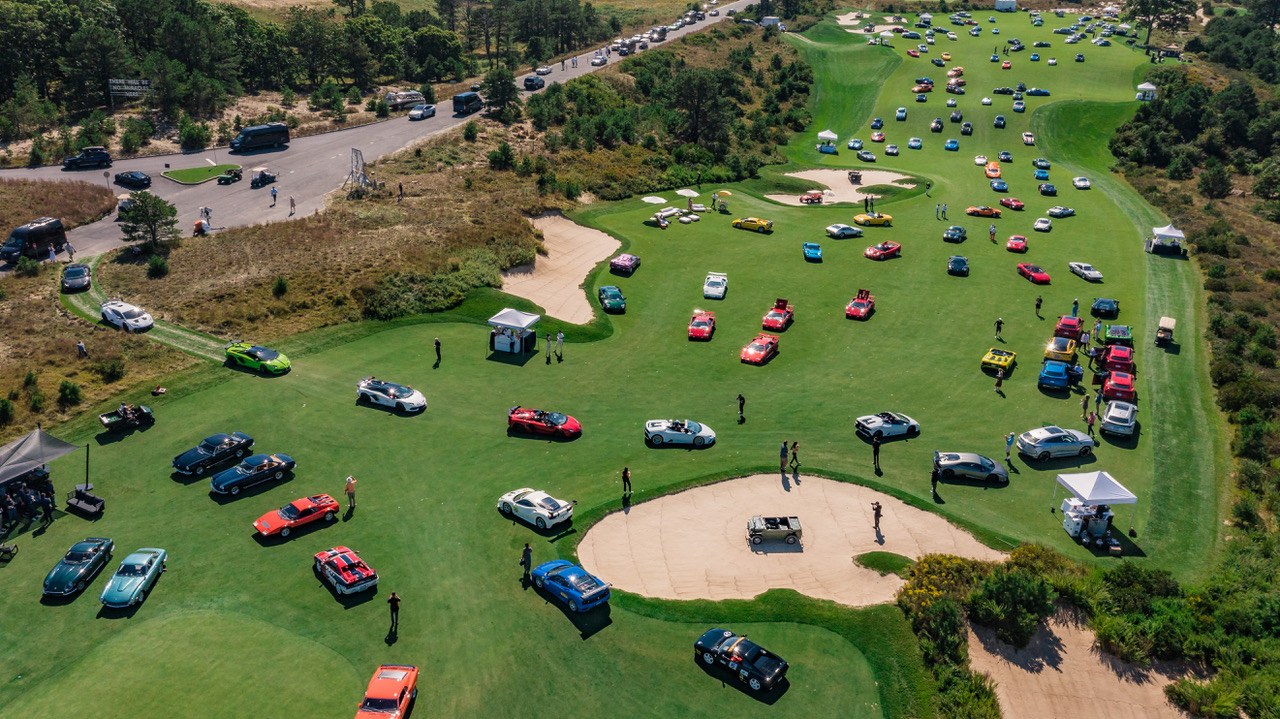 Making its North American debut, the Calder BMW Art Car (Artist’s Proof) was presented at The Bridge, just weeks off its first reveal at the Neue Nationalgalerie, Berlin. Conceived by BMW Group Classic for the Calder Foundation, it realizes Calder’s dream of creating his own example of the first BMW Art Car, operating as the kinetic work of art that the artist intended. 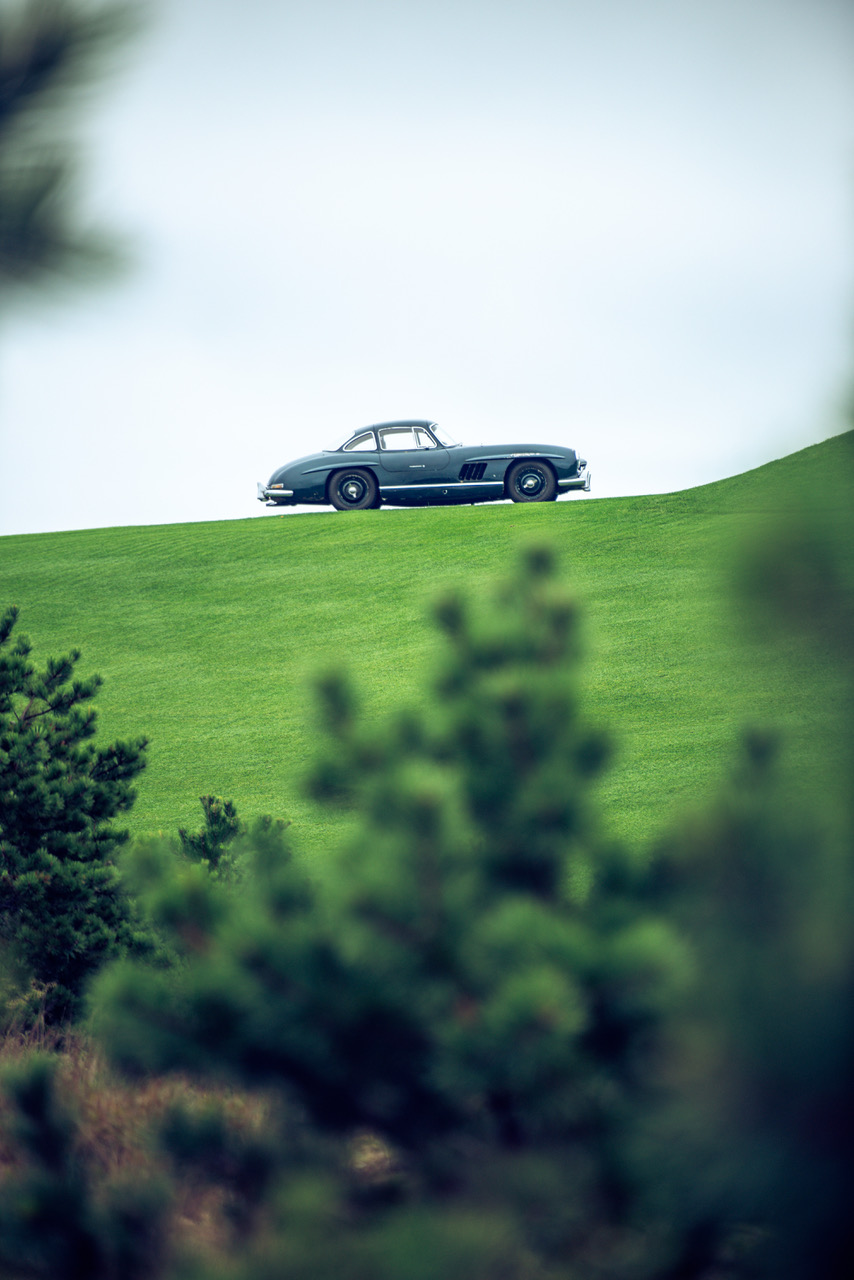 Following its North American unveiling at Pebble Beach, Ferrari displayed the new 296 GTB an evolution of its famed mid-rear-engined berlinetta sports car, with a new V6 engine coupled with a plug-in (PHEV) electric motor delivering up to 830 cv, alongside a variety of models that showcased the marque’s unparalleled racing history.

Two automotive parades punctuated the event. The first, from Lamborghini, included approximately 20 cars stretching back as far as the eye could see in a dizzying array of bright colors. The brand marked 50-years of the Countach with an assembly of vintage models, as well as an Aventador LP 780-4 Ultimae, concentrating the purest features of all Aventador editions into a perfect finale. 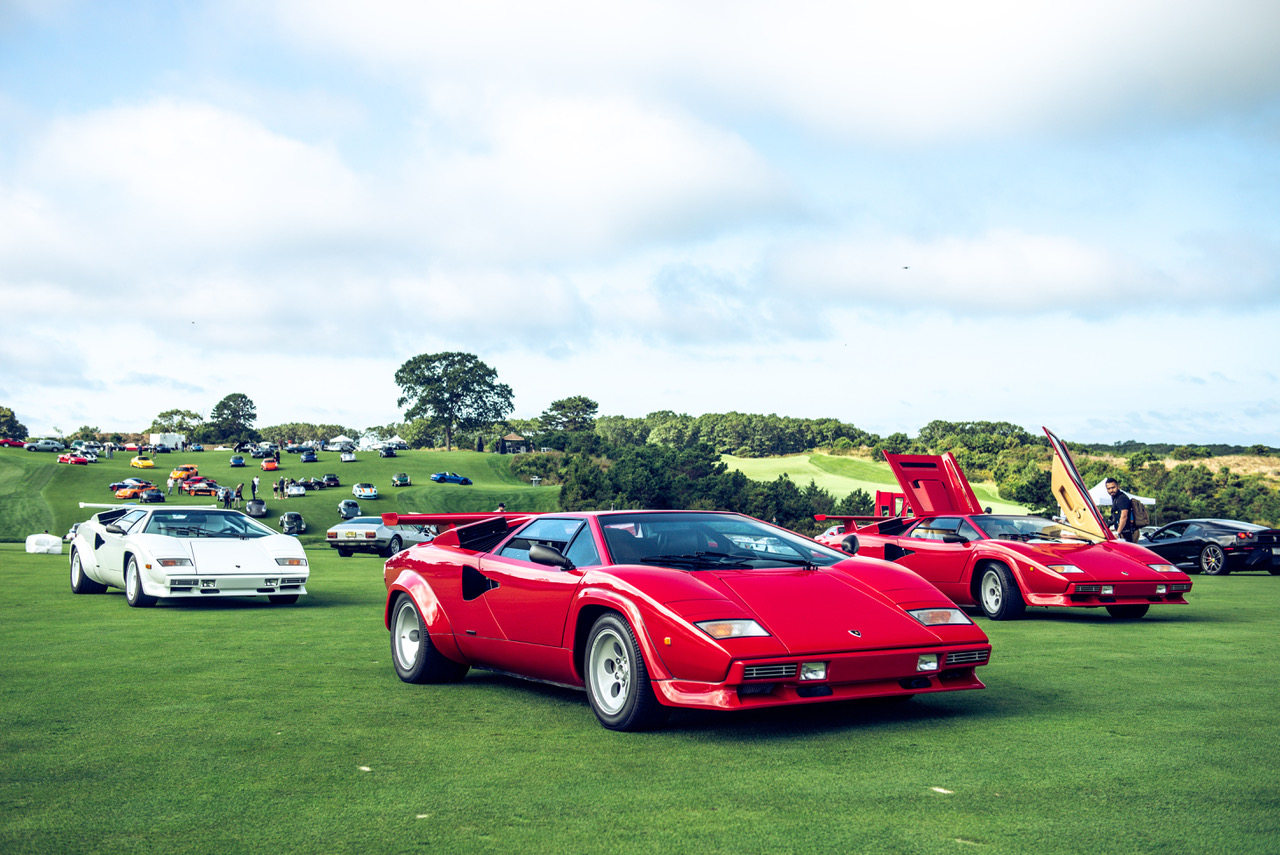 A long line of Bentleys also entered the event in tandem, parking in front of the Teaching Facility, which served as a lounge for Bentley owners and guests.  As guests strolled the event enjoying sips from Sherry-Lehmann Wine & Spirits, United Sodas of America and specially curated bites from Smorgasburg, Pagani recognized the 10-year anniversary of the Huayra, with four iterations of the hypercar on display. Bugatti returned to the event, this time with the Chiron Pur Sport and Chiron Super Sport. McLaren’s 765LT Spider and Artura were on display, as was Lucid with their Grand Touring Black and Dream Edition inviting curious guests to climb inside. Coming off its North American reveal at Pebble Beach, Aston Martin showcased the Valhalla, as well as the DBX, their first luxury SUV. 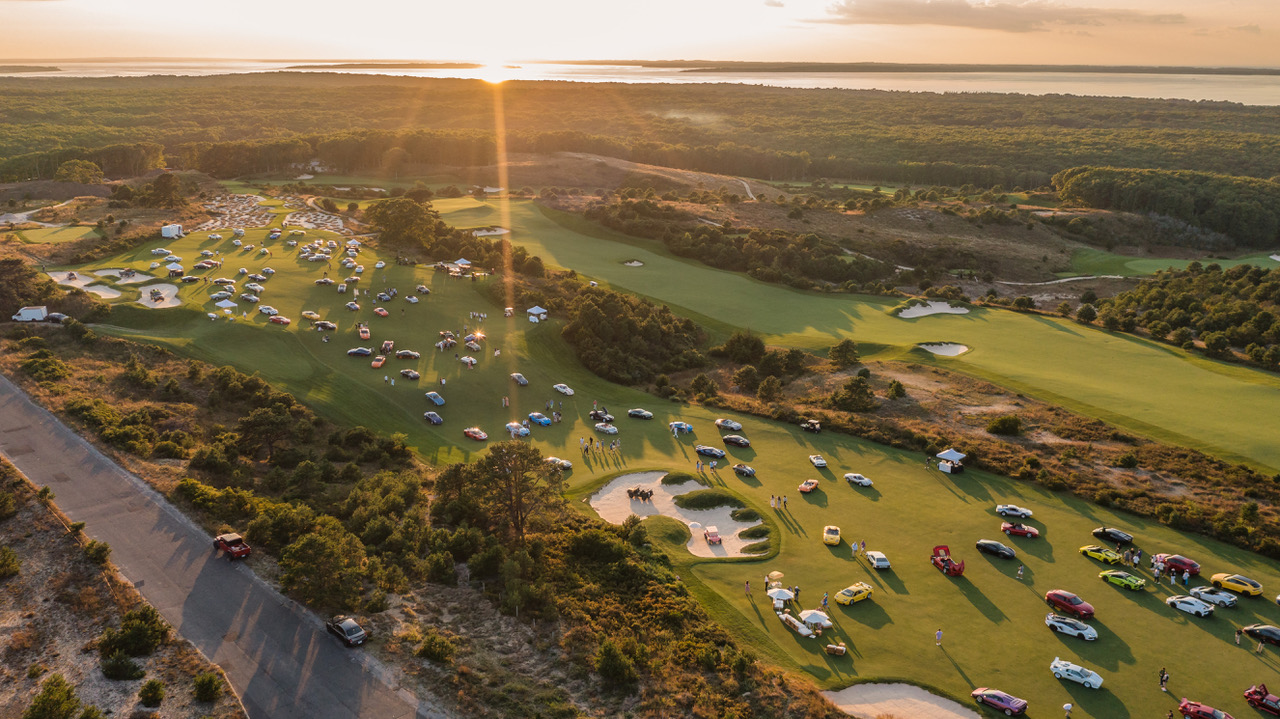 Over in The Bridge Next, De Tomaso returned to the event with a P72, a tribute to the original P70; Glickenhaus made its Bridge debut showcasing the 2020 SCG 003 as well as Swedish automotive brand Polestar with their signature Polestar 1 and Polestar 2 models. Canoo helped to launch The Bridge’s Future of Mobility section, with the east coast debut of their fully electric, 350 horsepower Lifestyle Vehicle. 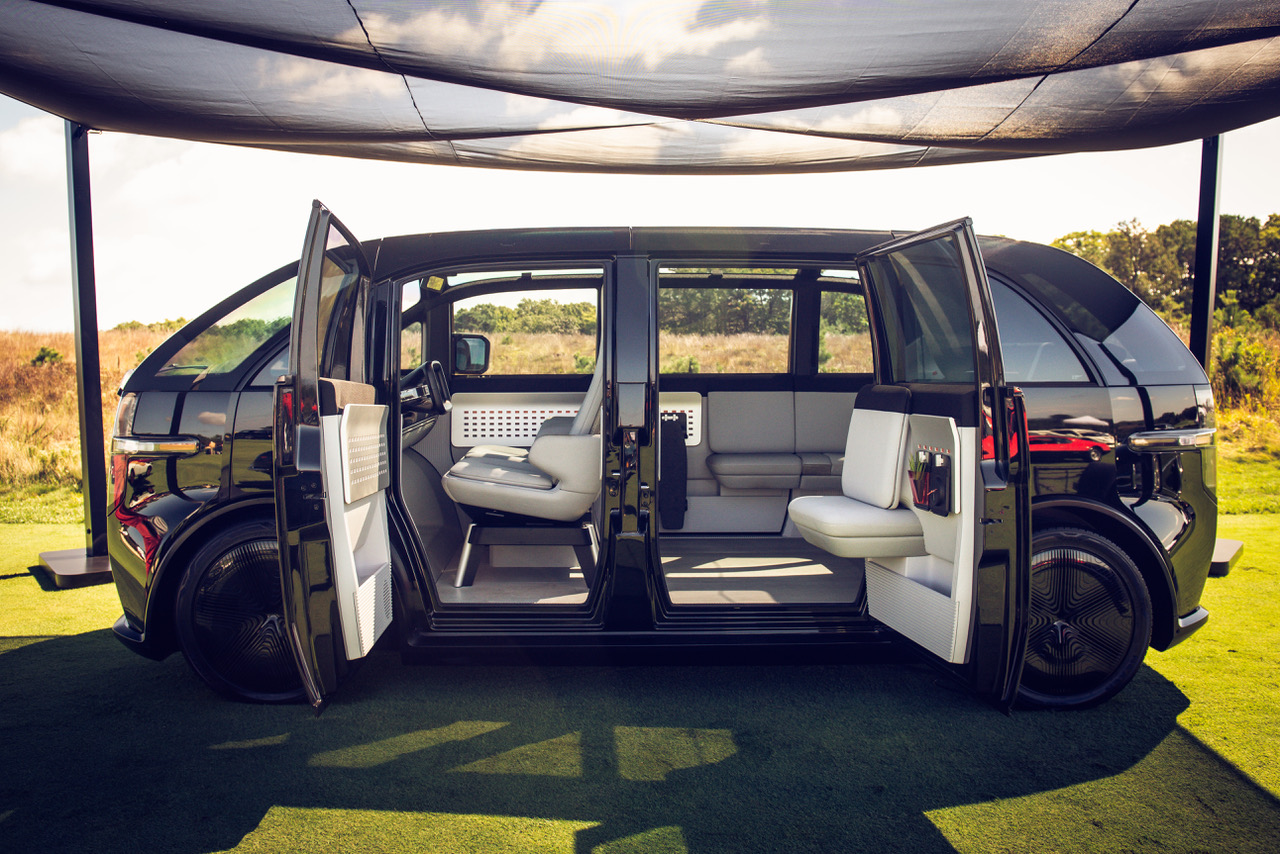 On the aviation side, NetJets brought its full-sized Cessna Longitude mock-up. First-time partner Giorgio Armani showcased their Fall 2021 collection in an innovative activation that lit up at sunset. Every guest received a key to unlock the box, with one successful individual winning some very special luxury package featuring items and experiences across the world of Armani. The world’s leading producer of design and technology-driven smart connected fitness equipment, Technogym, displayed some of its latest products. Compass came on board as the event’s real estate partner and J.P. Morgan Private Bank also returned as an esteemed partner of the event.

The vintage automotive showcase was more spectacular than ever with a selection of incredible cars curated from collectors all over the world. The exhibition included: each of the three GTO (“Gran Turismo Omologato) models produced by Ferrari, 250, 288 and 599; one of each model from the Ferrari Challenge racing series (348, 355, 360, 430, 458, 488); a gathering of Jaguar XJ220s; the full collection of great Jaguars of yesteryear (XKC, XKD, XKSS); a large collection of vintage Lamborghinis, including the Miura, Espada and Jarama; the full collection of modern McLaren Longtails (600LT, 675LT, 765LT), as well as the Senna GTR and Sabre; a gathering of Mercedes 300SL gullwing and roadsters; and extraordinary Porsches, including speedsters, cup cars, GT cars, 2.7 RSs and two 935s.

The Bridge is a collaboration between Robert Rubin, who has owned the Bridgehampton Race Circuit since 1981 and founded The Bridge golf club in 2002, and the event’s organizers: Shamin Abas, President of Shamin Abas Ultra-Luxury Brand Marketing & Business Development; and Jeffrey Einhorn, a Manhattan-based attorney. 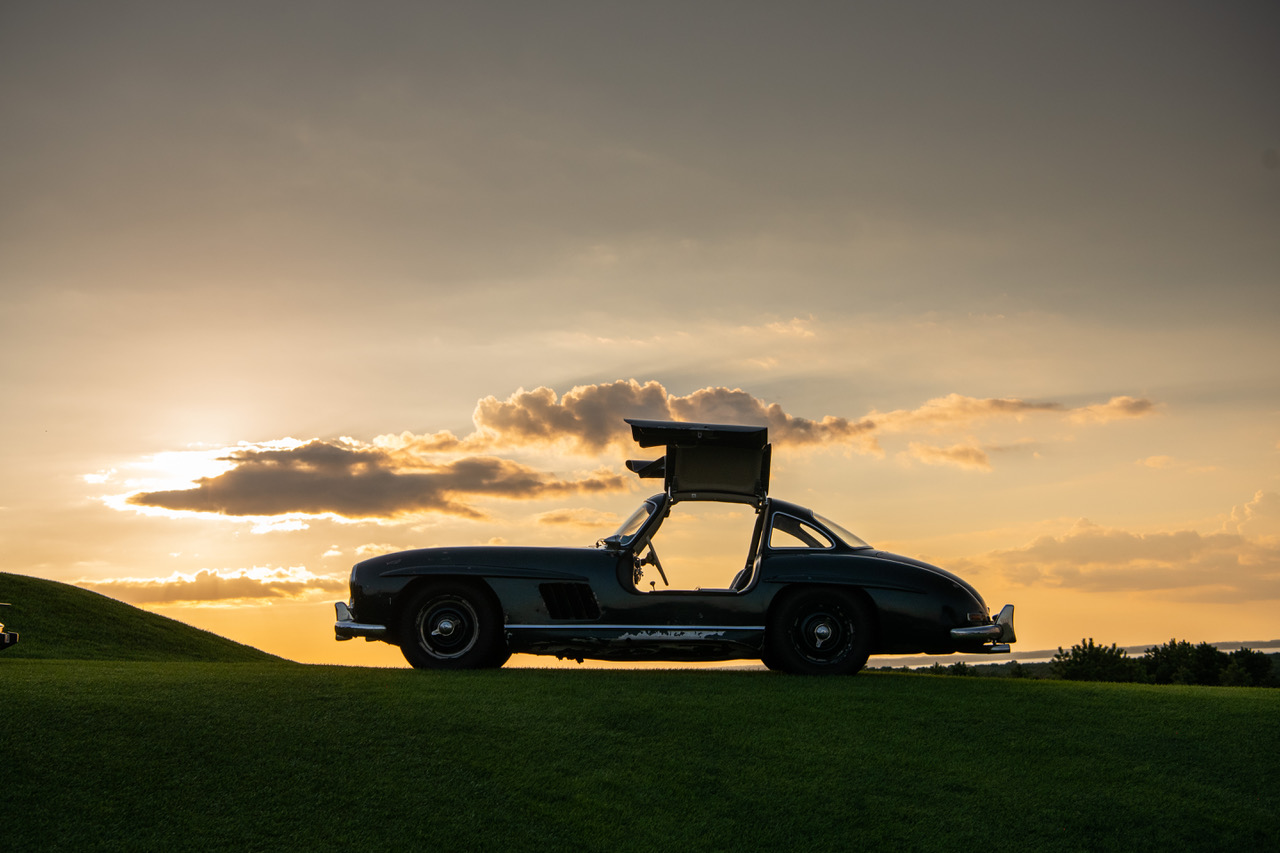 ***(Photos in this feature by Jared Siskin/PMC/PMC)