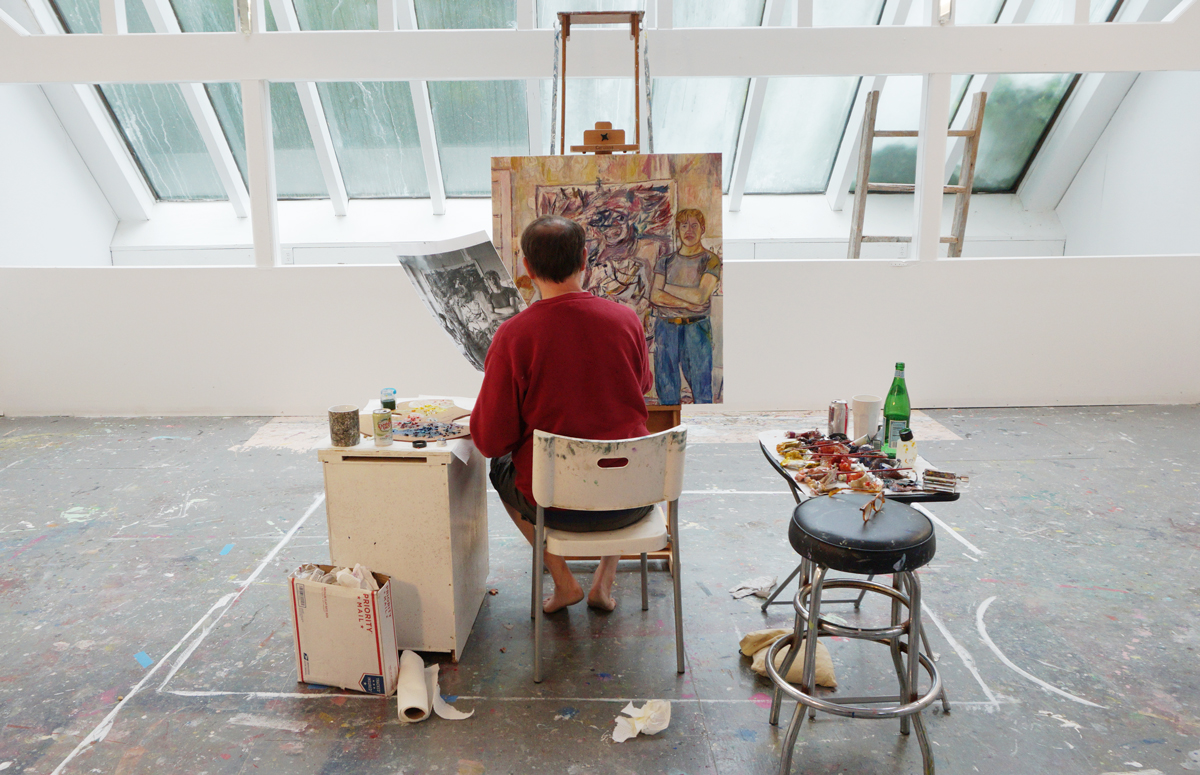 All summer long, acclaimed artist Keith Mayerson is living and working in Elaine de Kooning’s former East Hampton home. He’s channeling Elaine’s energy and keeping her legacy alive by making new paintings inspired by her, her friends, and the sites in and around her Hamptons home. 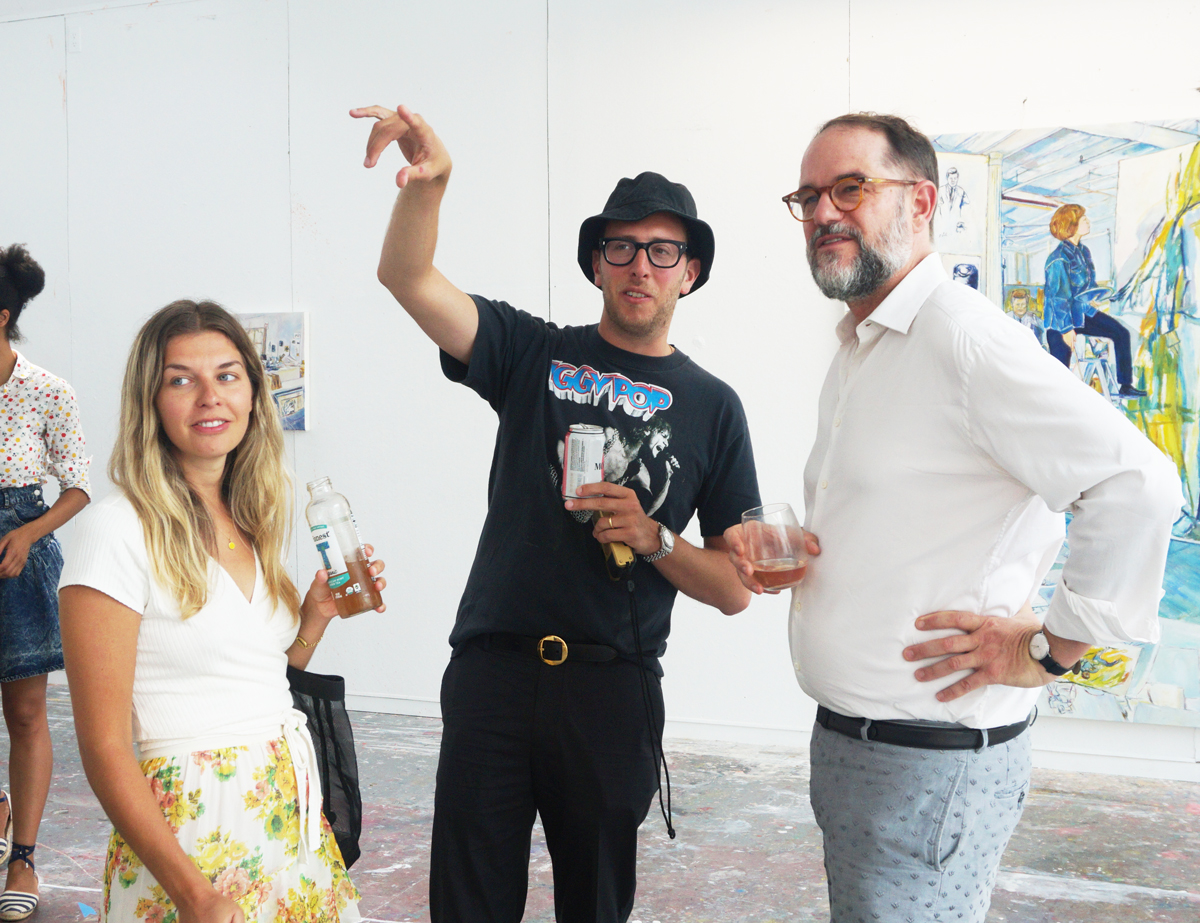 Mayerson, whose work is in the permanent collection of the Whitney Museum, MoMA, and LACMA, paints major American cultural figures, like Obama, James Dean, and now Elaine. His goal is to pay tribute to Elaine and her friends—women who changed history and who are finally getting their due. The works form a new series, titled: My American Dream: A Glimpse of Elaine de Kooning and her Circle. 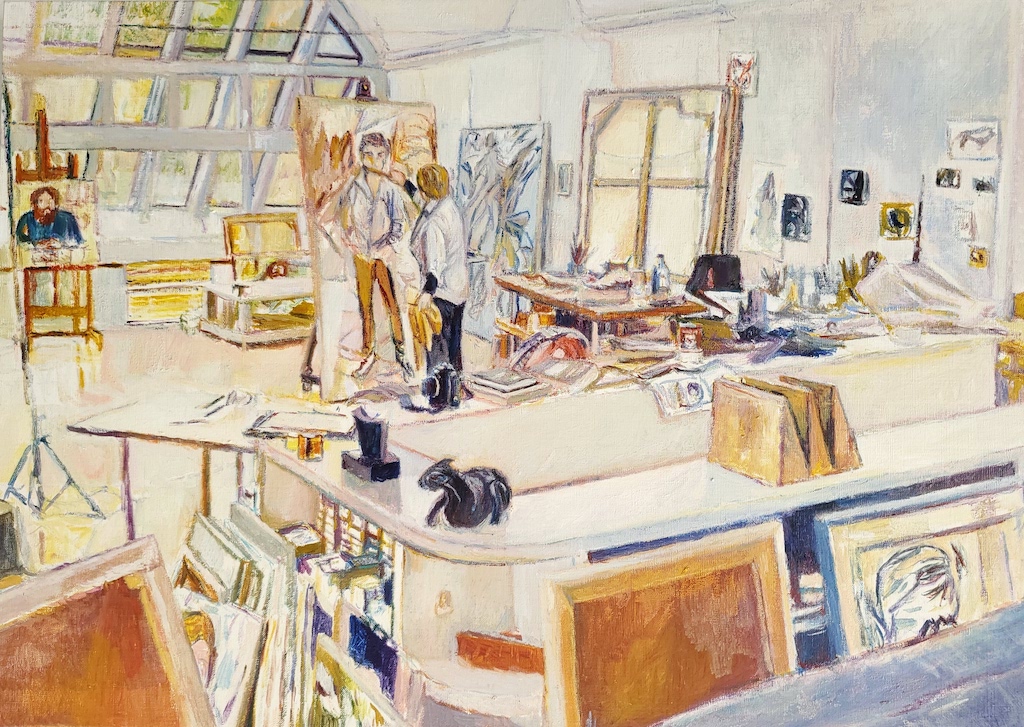 Keith has painted Elaine at work in her studio and also painted en plein air at her tombstone in Green River Cemetery. Keith will hold painting demonstrations in her former studio until the end of his residency on August 10. 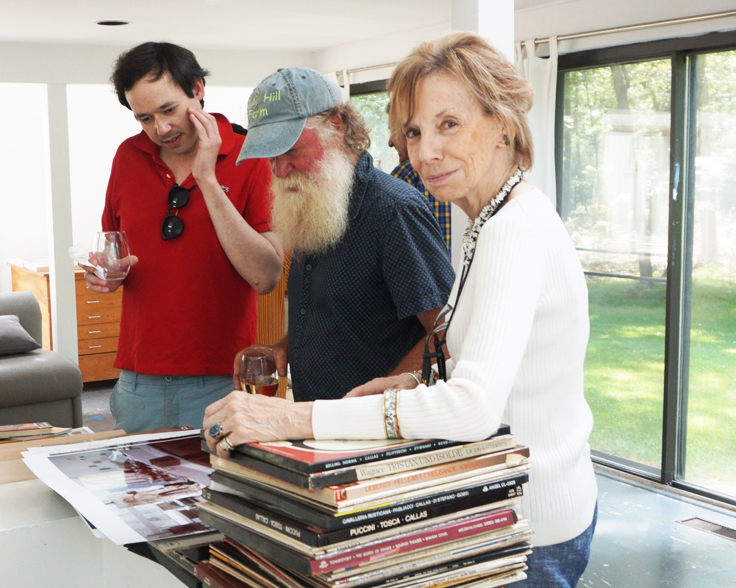 Upon going to Elaine’s residency, Keith decided to approach Elaine and her circle as another chapter in his artistic narrative and give light to women who have changed history. Keith hopes to unpack the famous Hans Namuth pictures of Elaine and Bill, Jackson and Lee, forefronting the women as much as the men, as these odes to their pairings attest to the team spirit of their creations. Painting the Pollock Krasner house and barn also en plein air, Keith aspires to gather the aura of these now shrines to a movement and the most famous couple of American painting and add them to his narrative series entitled “My American Dream”. 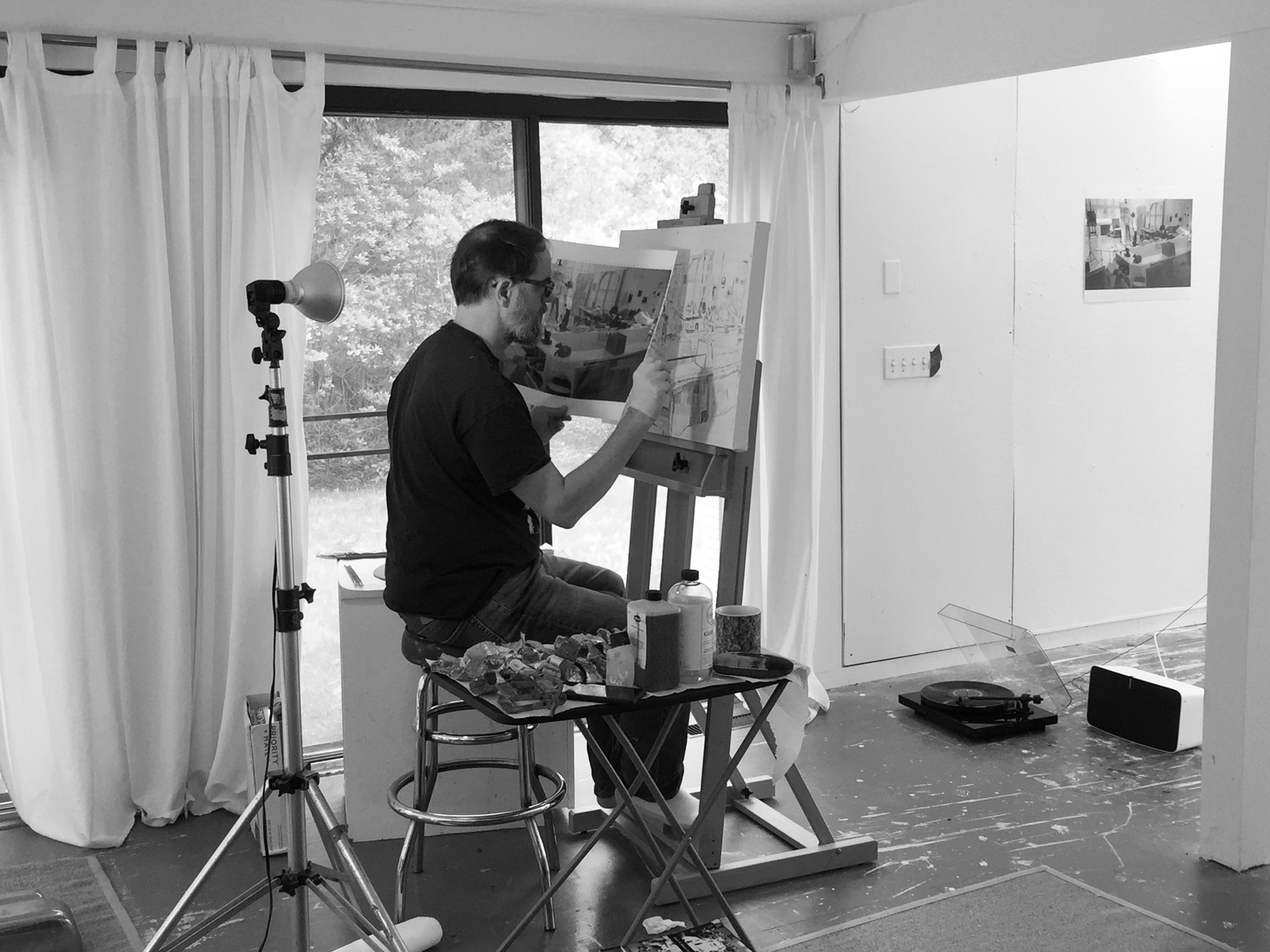 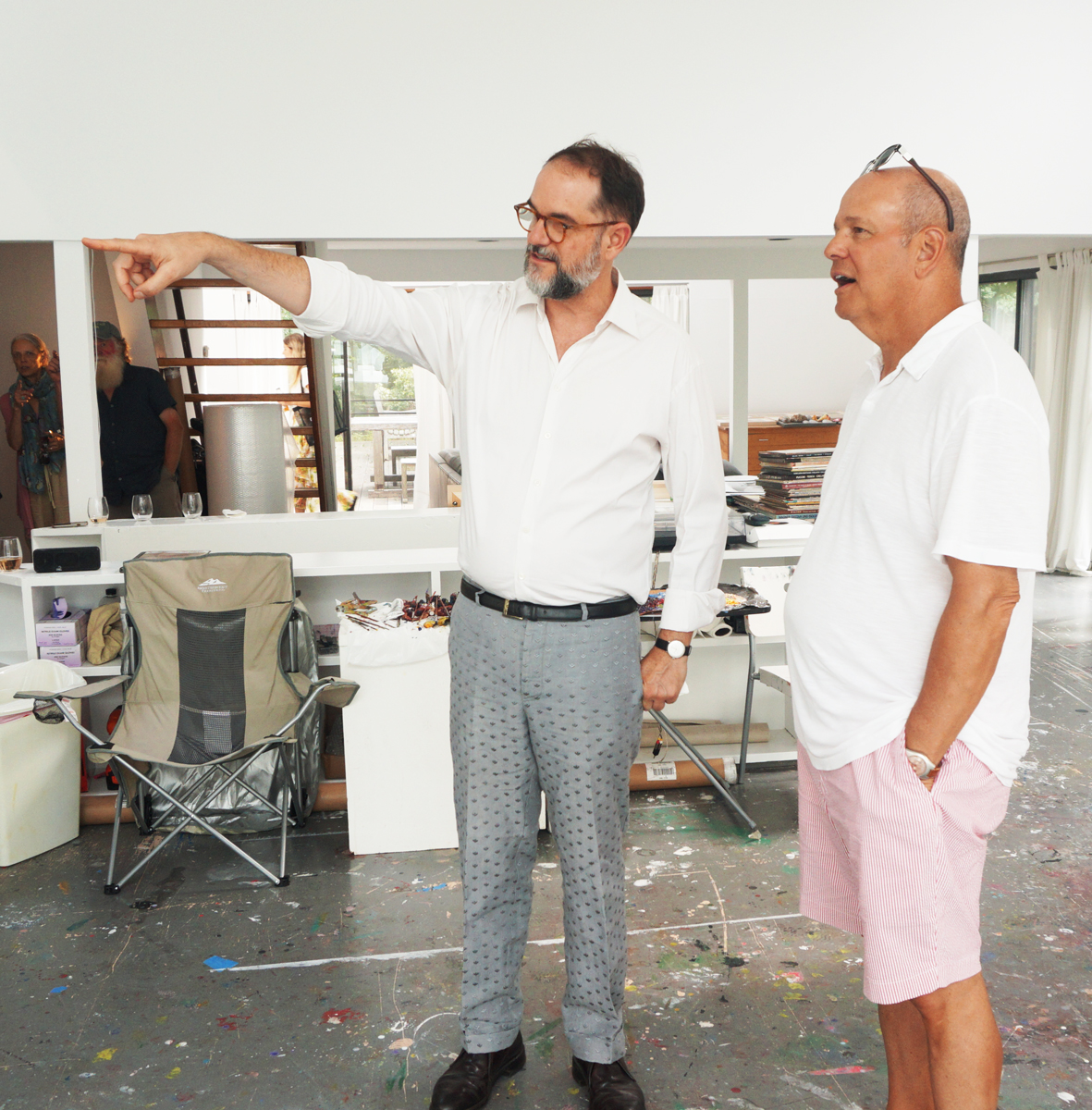 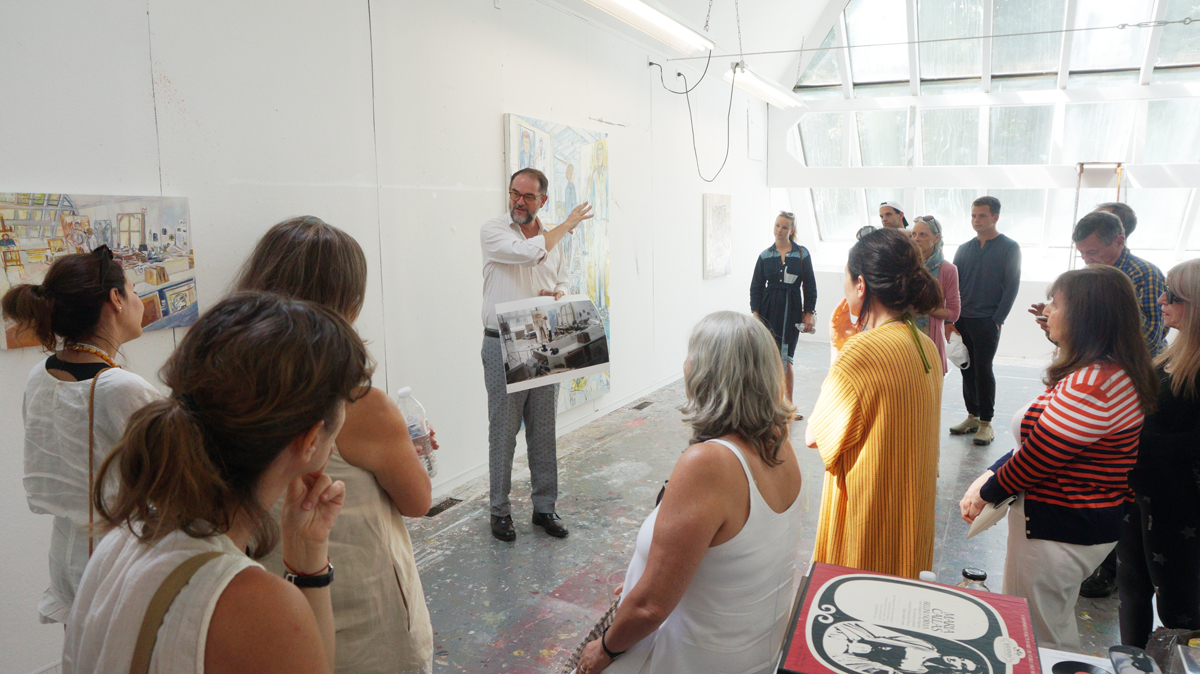 Keith will be hosting a painting demonstration followed by a tour of the Pollock-Krasner House and Study Center on Saturday, July 6th from 1:30 to 5pm at Elaine de Kooning’s studio, a painting demonstration with the Beach Painting Club Saturday, August 10th from 1:30 to 4:30pm on Sammy’s Beach, and a reception at the Elaine de Kooning House to Benefit the John Coltrane Home Saturday, August 10th from 6:30-10:30pm.