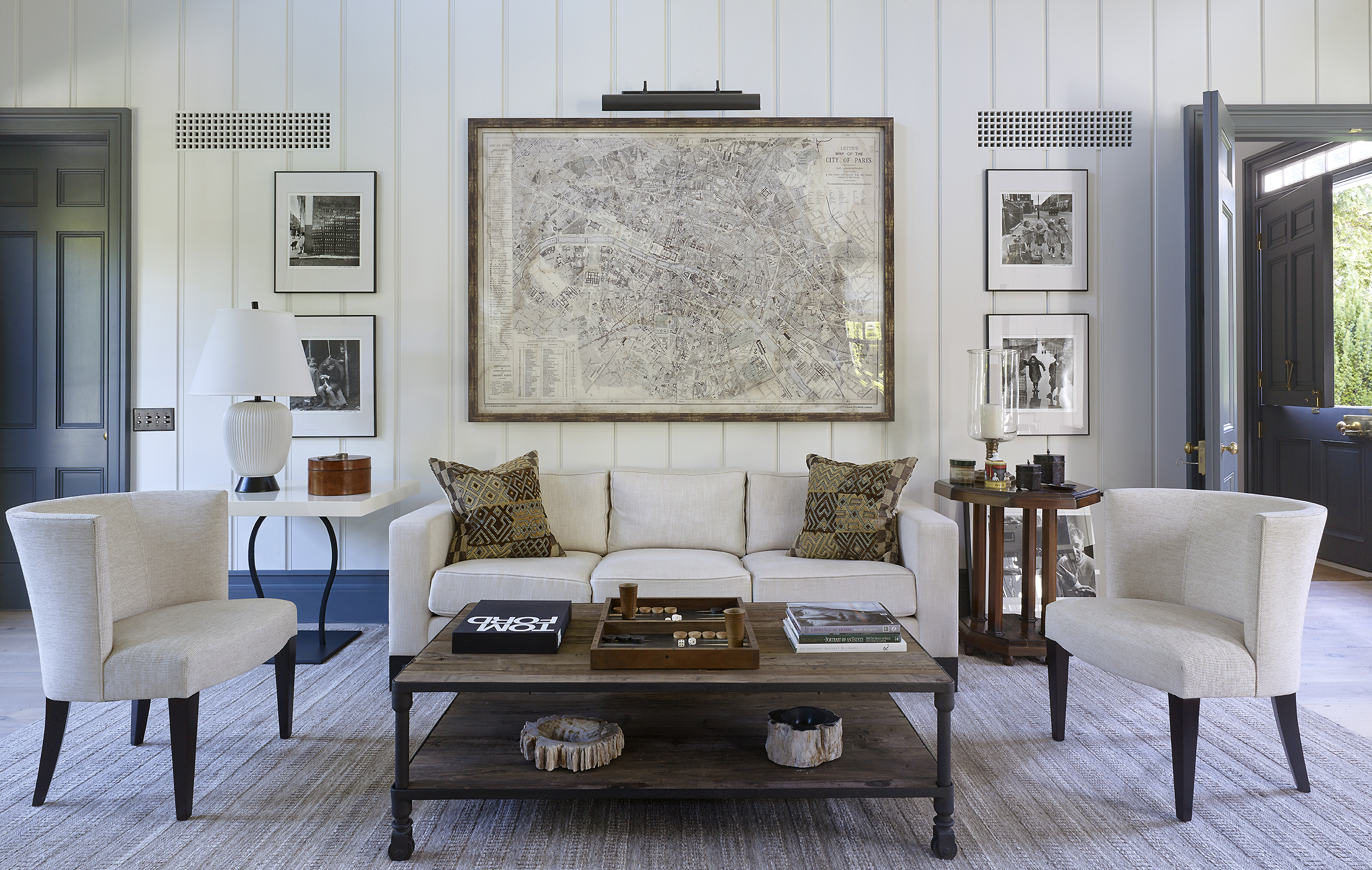 David Kleinberg is an internationally recognized tour de force in interior design and architectural renovation with twenty years experience.  Founded in 1997, David Kleinberg Design Associates [DKDA] is revered for its highly curated and nuanced interiors with a focus on expertly achieved detail and unparalleled client services. DKDA interiors feature a careful selection of furniture, art, objects, and materials. Based in New York City,  Kleinberg celebrates the relaunch of his beautiful DKDA website showcasing his stunning projects from around the globe, including the Hamptons. 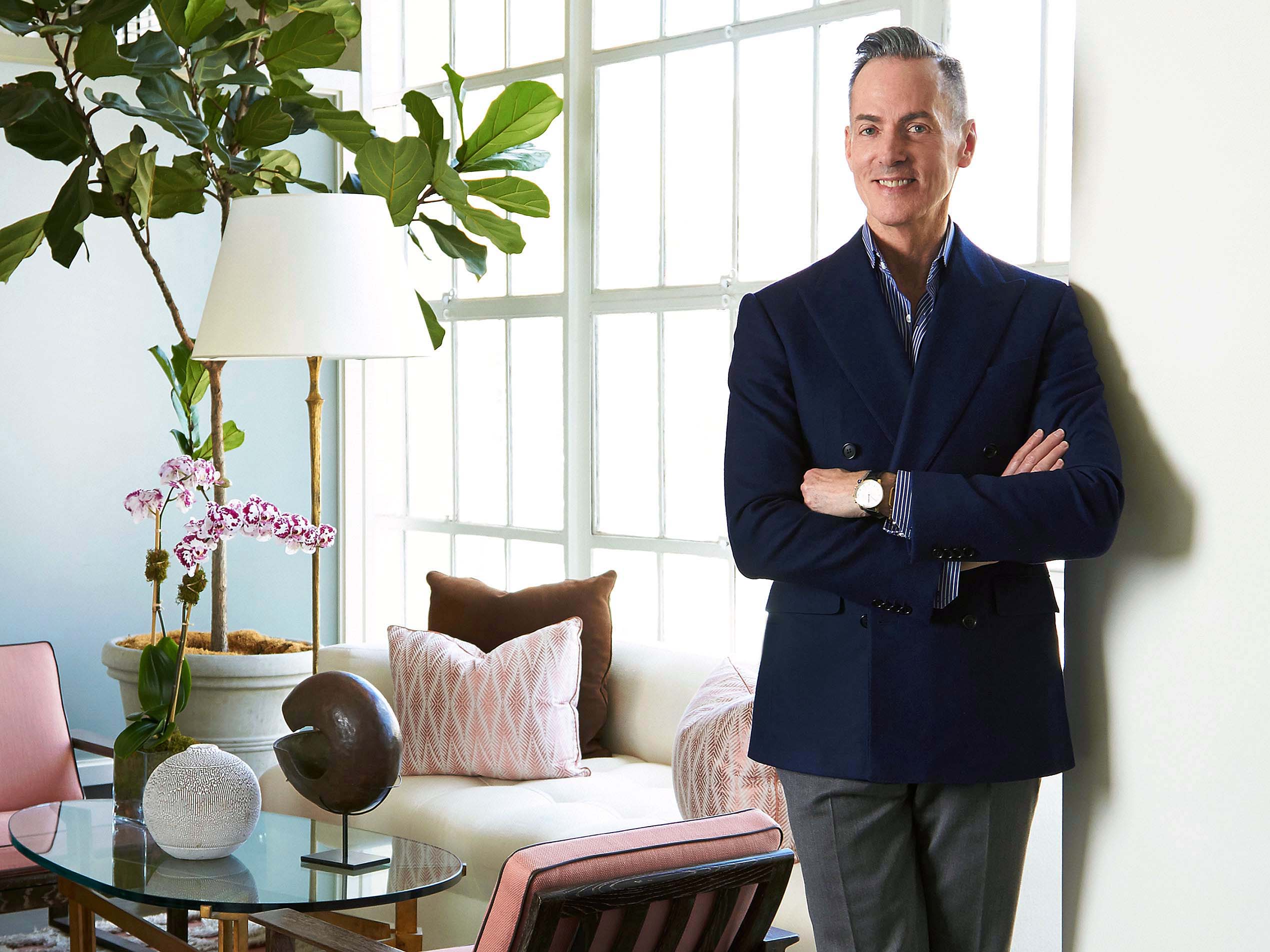 KDHamptons takes a tour of an 1840’s Egyptian Revival Sea Captain cottage which Kleinberg interpreted for 21st century sensibility, taking his cues from the architectural integrity of the house, yet remaining true to its scale.  Rather than opening up the floor plan, David respected the scale and intimacy of the first floor rooms which start at the front of the house with a parlor room and open to a sitting room, library, and dining room before stepping down into the one oversized room which is the kitchen at the back of the house. 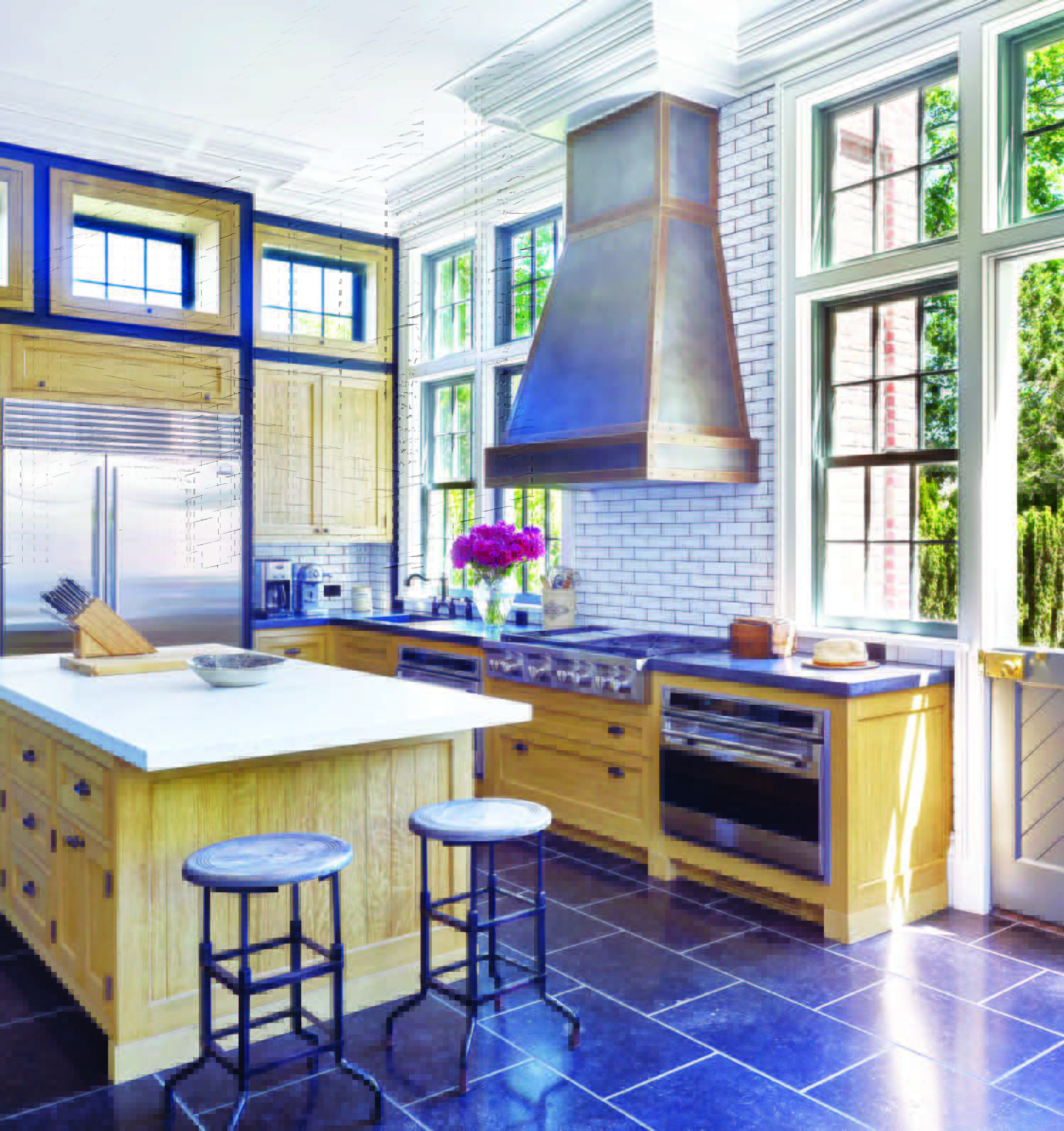 Kleinberg designed this house for a client who lives in London, Shaun Woodward. The two have worked together on a few projects including homes in Mustique and East Hampton. Shaun had lived in a beautiful house in East Hampton, but was drawn to the historic quality of Sag Harbor. The home was originally designed by the architect Minard Lafever who also designed the Old Whaler’s Church in Sag Harbor and the Sag Harbor Whaling Museum. 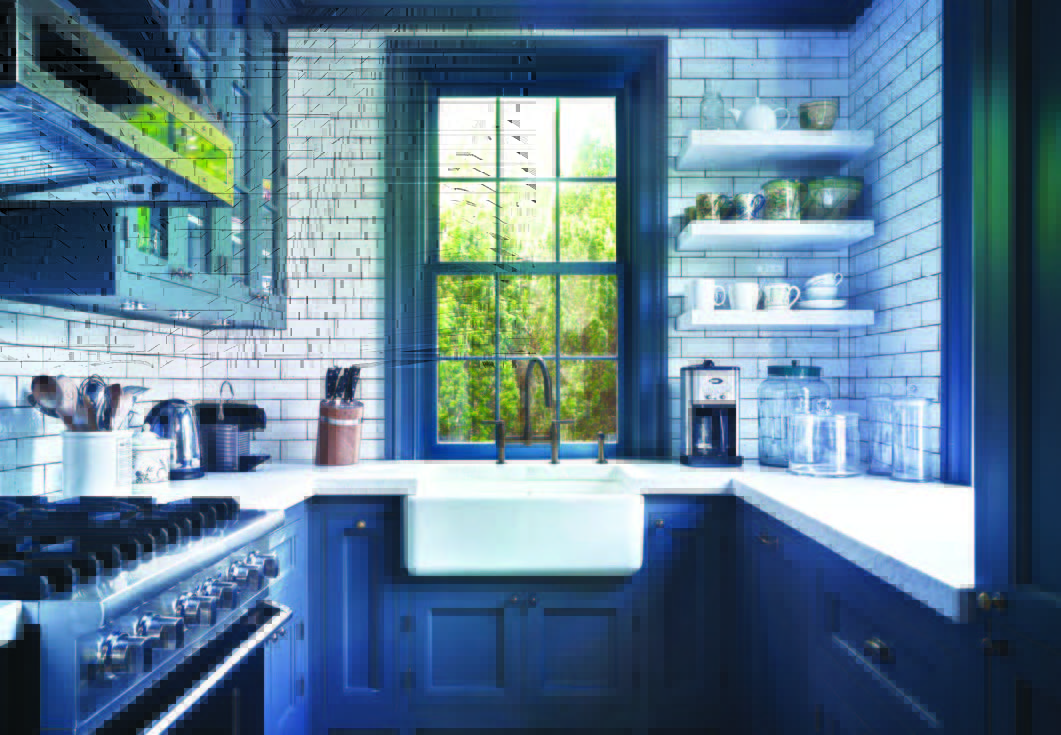 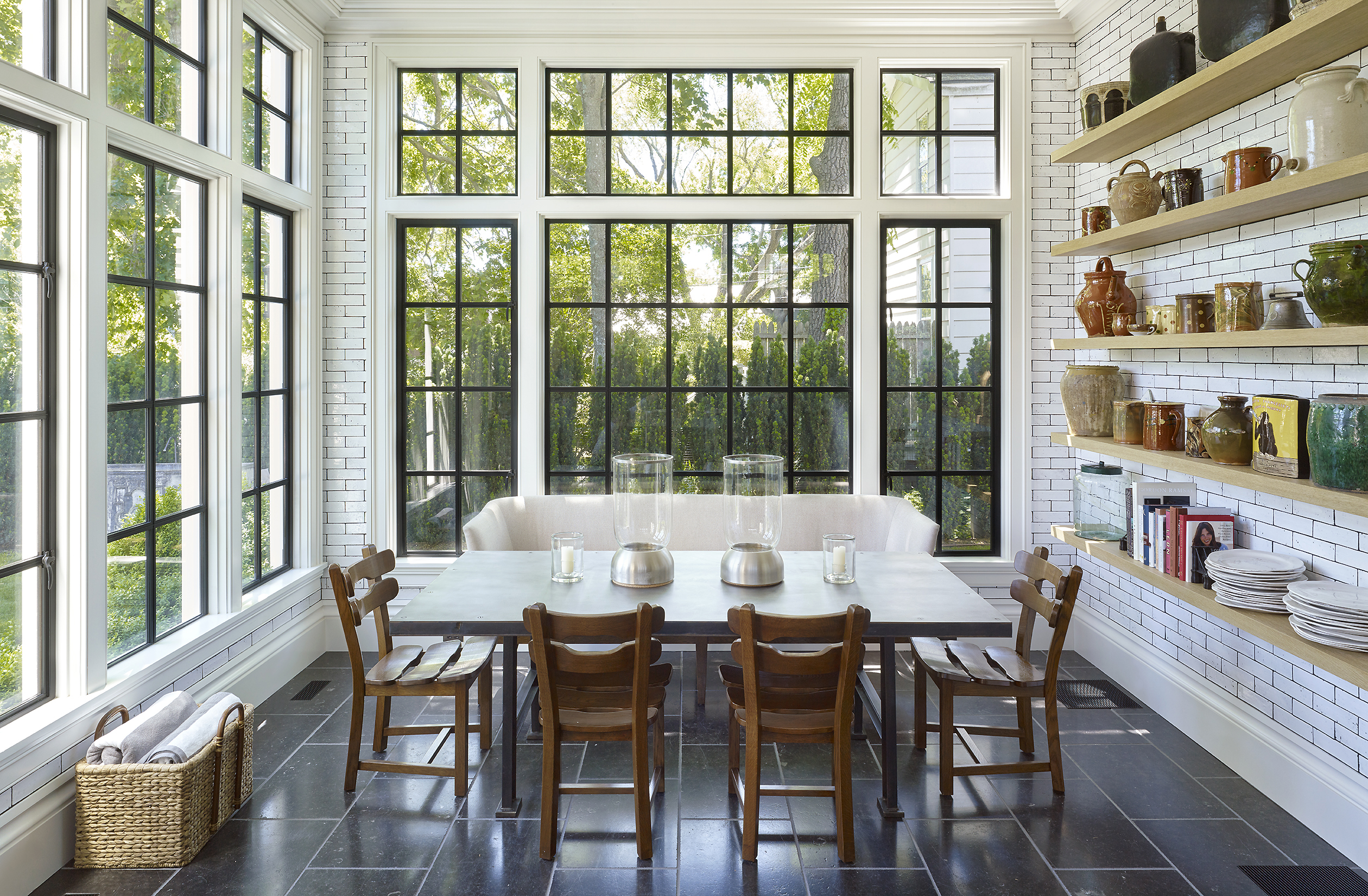 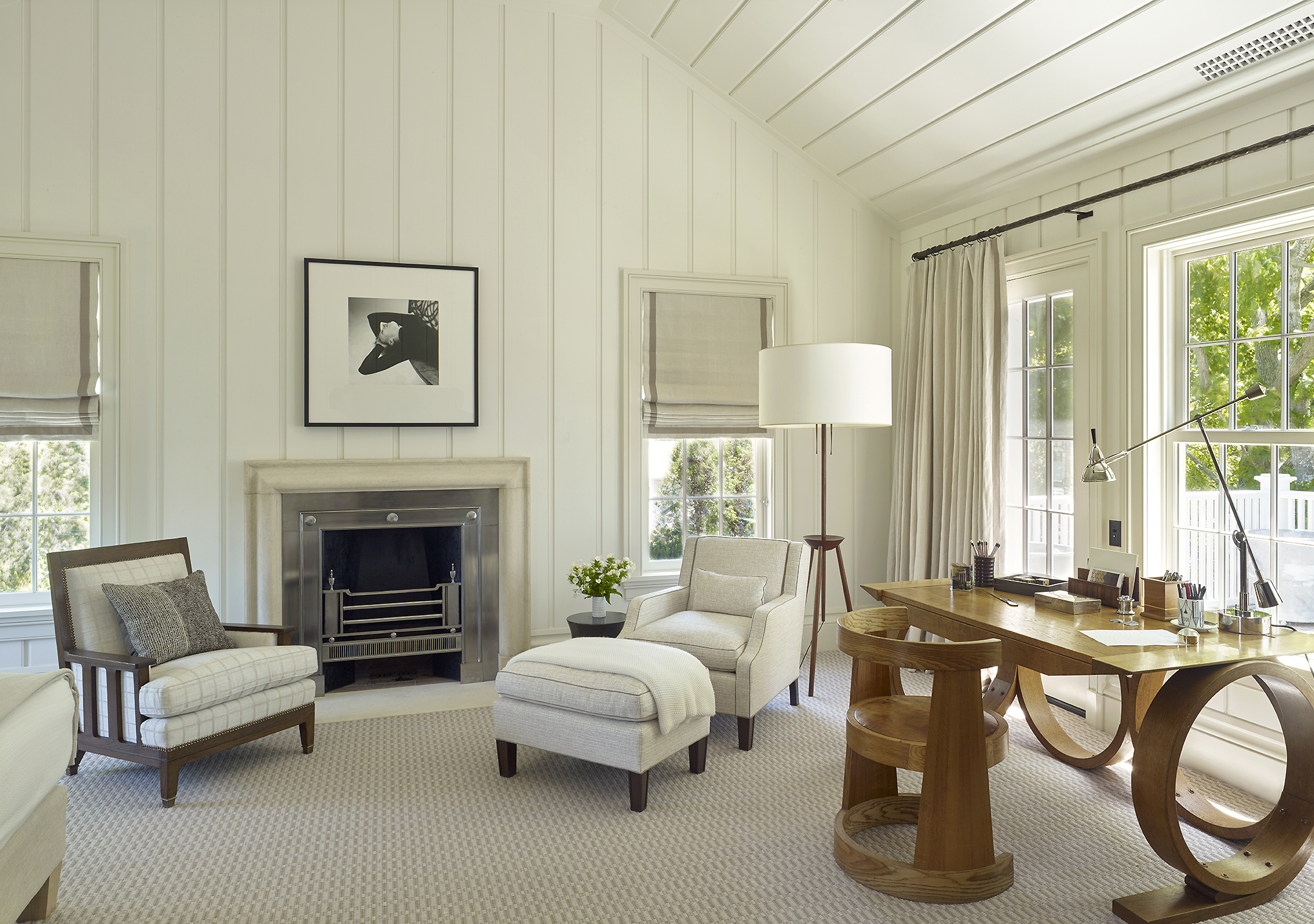 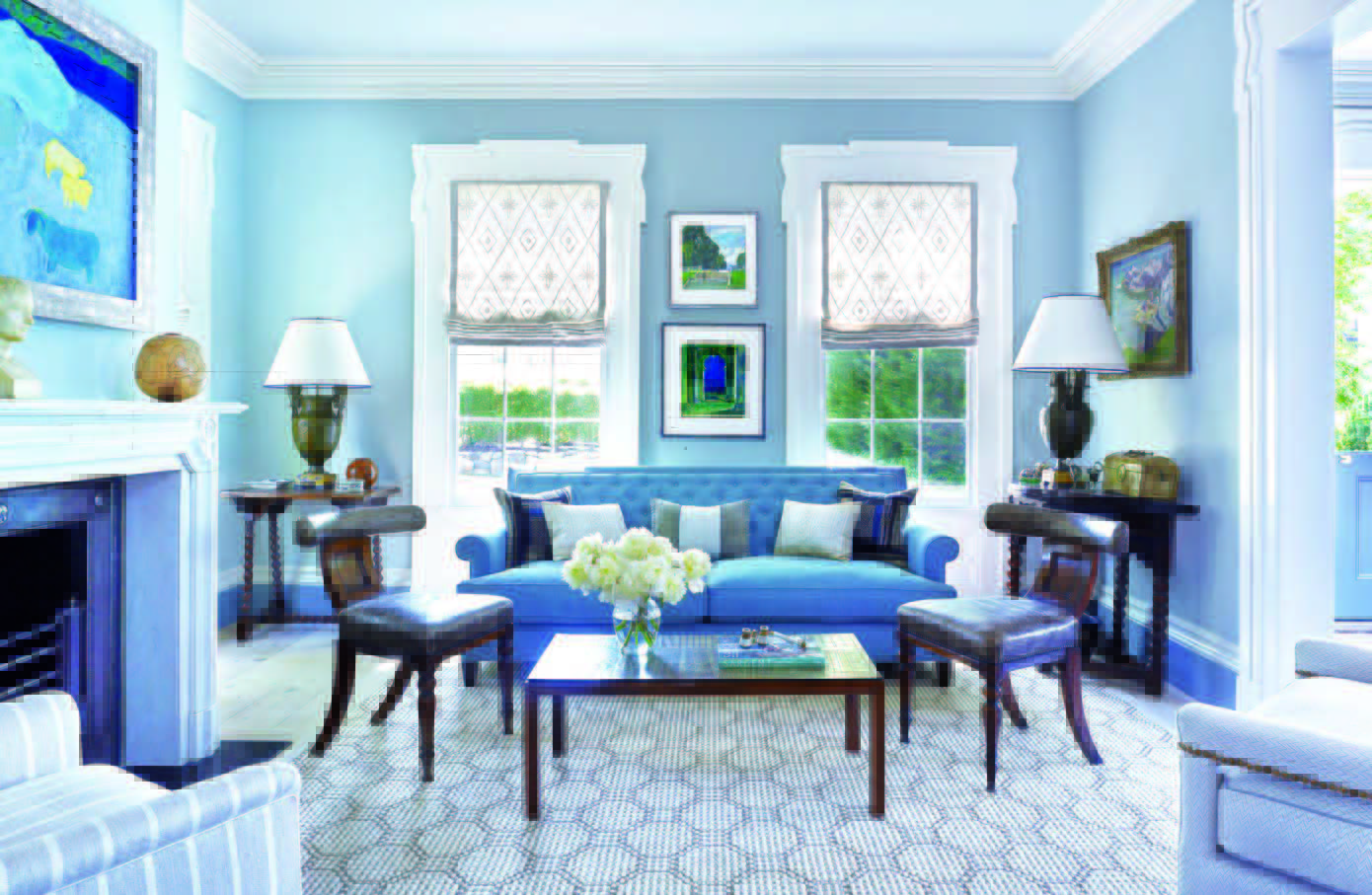 The home boasts a rich history, the Pulitzer Prize-winning playwright Lamford Wilson once lived here.  Known around the village as a great cook and consummate gardener, Wilson tended the extensive garden of this Sag Harbor home with great care.. 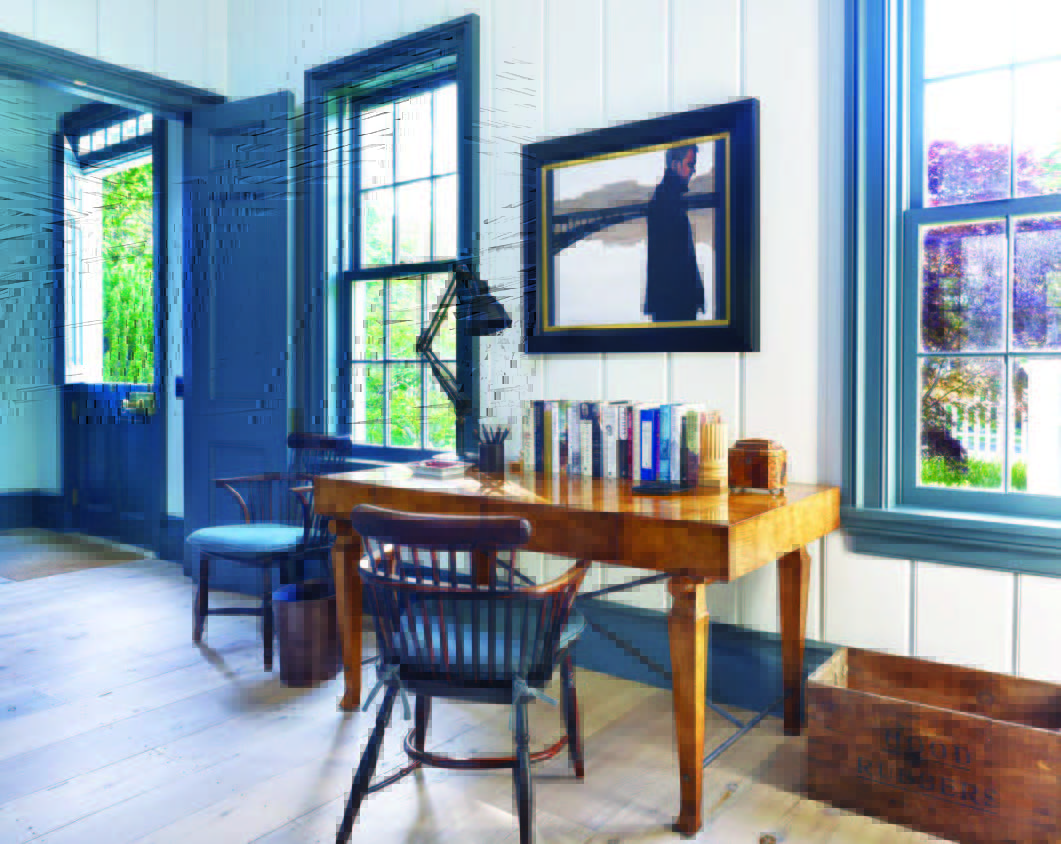 DKDA signature interiors have been published in every major shelter magazine and several design related books including Kleinberg’s monograph, Traditional Now (The Monacelli Press). For more information or to schedule a consultation, please visit  DKDA.com